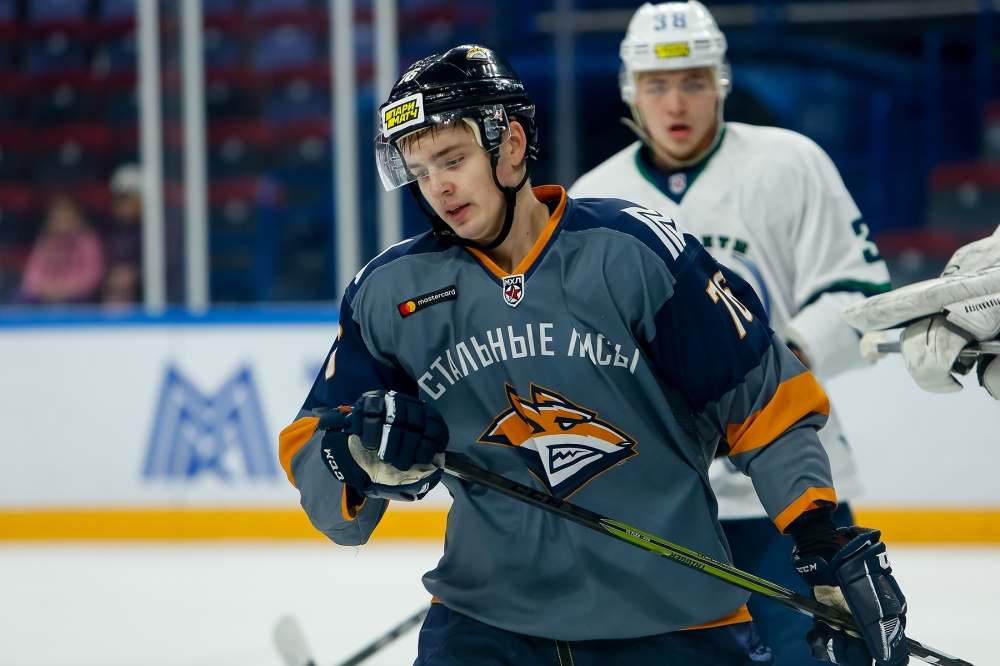 Three regular season games took place in Parimatch Junior Hockey League on October 24th. Once again all of them were Eastern Conference matchups. We take a look at Thursday action in this review. 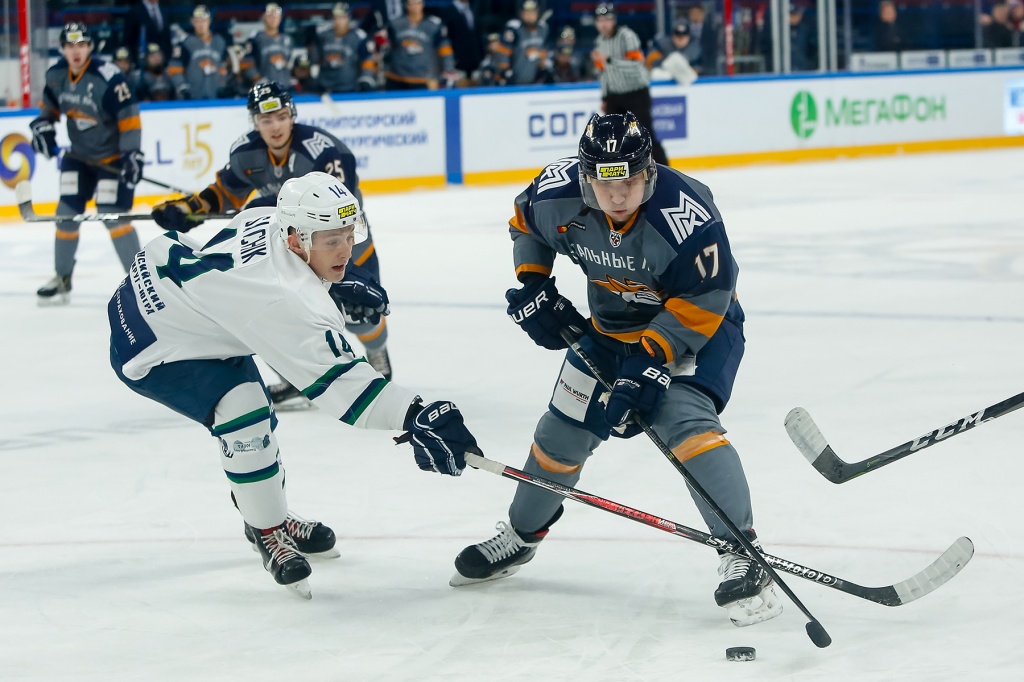 Stalnye Lisy Magnitogorsk faced Mamonty Yugry at home. First goal came as a result of a miscue by Magnitogorsk goaltender Gleb Moiseyev. He recklessly left the cage and stopped the puck for his defenseman, completely unaware of Ivan Ezhov, who picked it up and fired it home. The goal was confirmed after video review. Magnitogorsk got back even five minutes into the second period. Andrei Mozyakin passed it to Mikhail Kasalinsky, who sniped it top-shelf through a screen. Khanty-Mansiysk regained the lead midway through the period – Matvey Neganov one-timed it into the twine.

‘Steel Foxes’ had a chance to level it again 13 minutes into the second period but Semyon Buyvan ringed it off the bar behind Konstantin Kuzmaul. Home team had the momentum on their side in the third period of action but they ran out of time, trying to force overtime. Mamonty Yugry win 2-1 and end their 4-game losing streak. 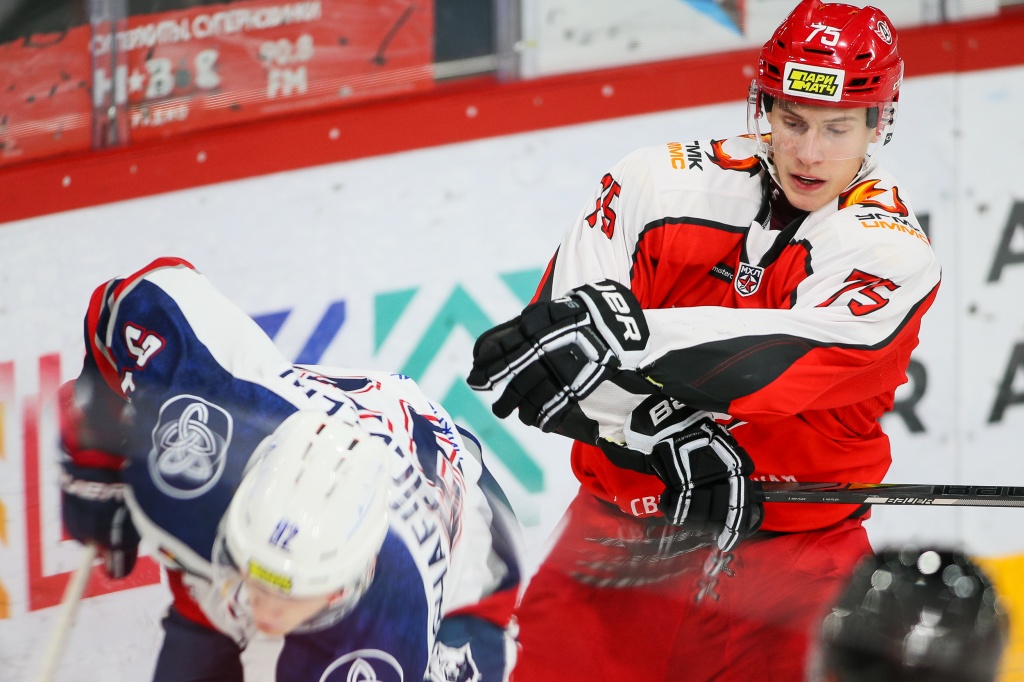 The gameday ended in Yekaterinburg where one of the top teams of the Eastern Conference, Avto Yekaterinburg, faced Reaktor Nizhnekamsk in the second bout of the back-to-back series. First goal of the game came late in the opening period – Vladislav Shutov put it home off assists by Danil Mikhailov and Bulat Shafigullin. Nizhnekamsk capitalized on their initial power play opportunity of the game – Andrei Chibilev took a shot through a screen and the puck dinged into the back of the net off the pipe. Avto got a goal back before the first intermission and it also came on a man-advantage. Vladislav Bukharov went for a solo dash, cut to the middle and left no chance to Yaroslav Ozolin.

Avto players were spending more time in the offensive end than the opposition in the final stanza but the visitors converted better on their scoring chances. Shutov scored his second of the game after a quick transition play by Reaktor and with two minutes on the clock Nikita Mokeyev iced it with an empty-netter. Late in regulation Konstantin Suslov gave in to his emotions and fought Daniil Yemelin. Reaktor win 4-1 on the road. 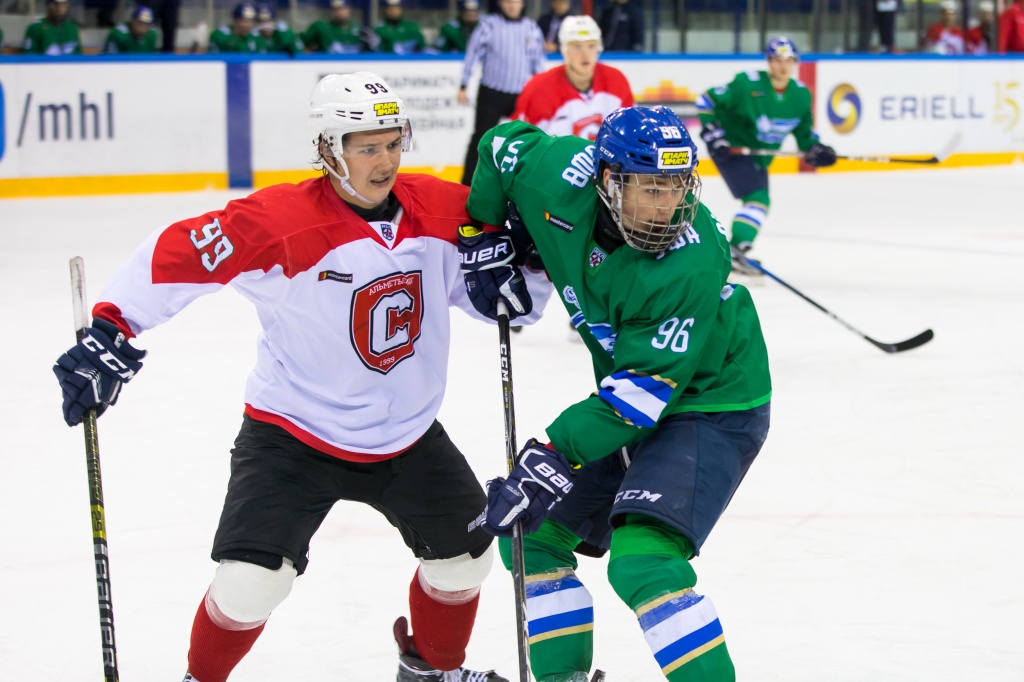 In the first game of the day Tolpar Ufa faced Sputnik Almetyevsk on home ice. First goal came eight minutes in – Ufa’s offensive rush led to a snipe by Danil Aimurzin. Almetyevsk ran into a penalty problem and Tolpar capitalized on their third consecutive power play opportunity – Vladimir Shapovalenko bubbled the net with just 12 seconds before the intermission. Head-coach Eduard Dmitriev found the right words in the dressing-room and Sputnik gave more trouble to Dmitry Braginsky in the second frame. In the end the visitors finally solved the top netminder of last week – Timur Zakirov found the back of the net.

The teams focused on playing defense in the third stanza and exchanged a goal each. Midway through the period Danil Bashkirov scored Tolpar’s third goal of the game, and Semyon Ionov converted on a power play soon after that. Almetyevsk went for one final push but to no avail. Tolpar win 3-2 on home ice.