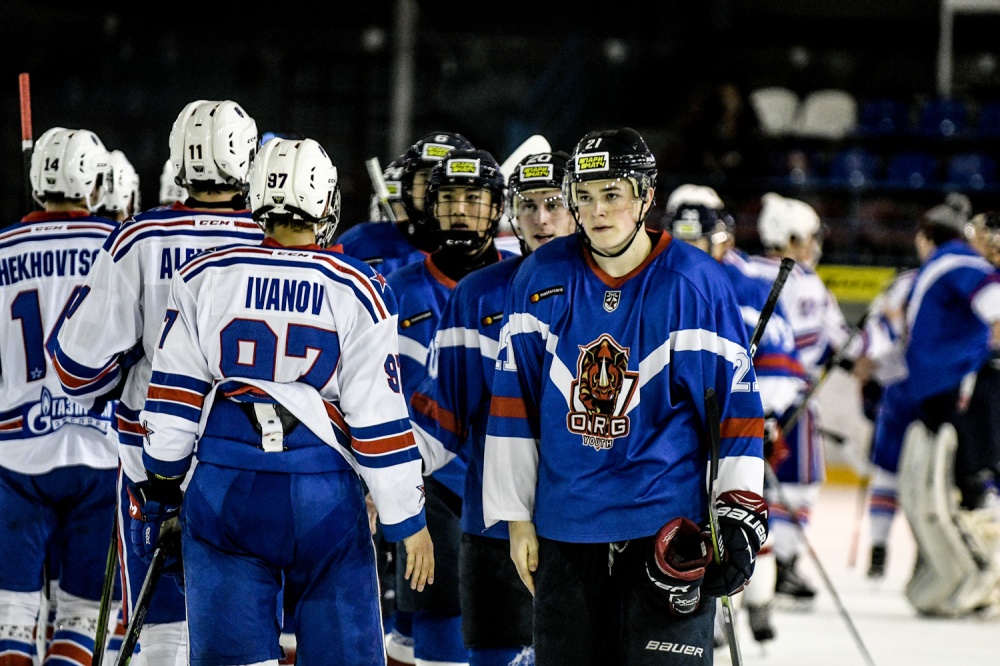 Another week of Parimatch Junior Hockey League came to an end. As per tradition, we present you its numbers and most memorable highlights.

The teams combined for 191 goals in JHL’s 6th week, 4 of which were empty-netters. Home teams registered 87 goals, while the visitors accounted for 104. An average of 4,90 goals were scored per game. 148 players found the back of the net.

Alexei Tsyplakov (SKA-1946 St. Petersburg) lead the league in scoring past week with 2 goals and 5 assists for 7 points. He also had the most assists and the best rating as he was a plus-8.

Mikhail Bogdashkin (Kuznetskie Medvedi) and Dmitry Semykin (SKA-1946 St. Petersburg) had the most points among defensemen as both registered 0 goals and 4 assists.

SKA-1946 was the most high-scoring team of the week. St. Petersburg scored 20 goals.

Vladislav Pakin (ORG Junior Beijing) stopped the most shots in a single goal. In the game against JHC Dynamo Moscow on October 7th he made 55 saves.

Most goals came in 52nd minute as it featured 10 tallies.

Most popular score was 3-1 as it was registered 6 times.

Ivan Nikolayev (Loko Yaroslavl) scored the latest goal. The forward scored the OT-winner in the same game at 61-23.

The teams combined for 1132 penalty minutes, of which home teams accounted for 581, while the visitors had 551. An average of 29.03 penalty minutes were assigned per game.

Most penalized game of the week was the one between Altay Ust-Kamenogorsk and Sibirskie Snaipery, which took place on October 8th. The teams combined for 258 penalty minutes (124 and 134, respectively).

The least penalized games of the week were between ORG Junior Beijing and SKA-1946 St. Petersburg on October 11th, and between HC Kapitan Stupino and Loko Yaroslavl on October 10th.

Team defense
Chayka Nizhny Novgorod’s defensive model is simple – every plays defense and everyone goes into the net.

Get a load of Chechelev!
Incredible stop by Daniil Chechelev.

Kapustin’s beauty
However, Chechelev is not omnipotent. Alexei Kapustin scored an absolute beauty on Russkie Vityazi. See for yourself.

Chufarov does the splits

JHC Dynamo St. Petersburg’s Makar Chufar is next on our saves galore.