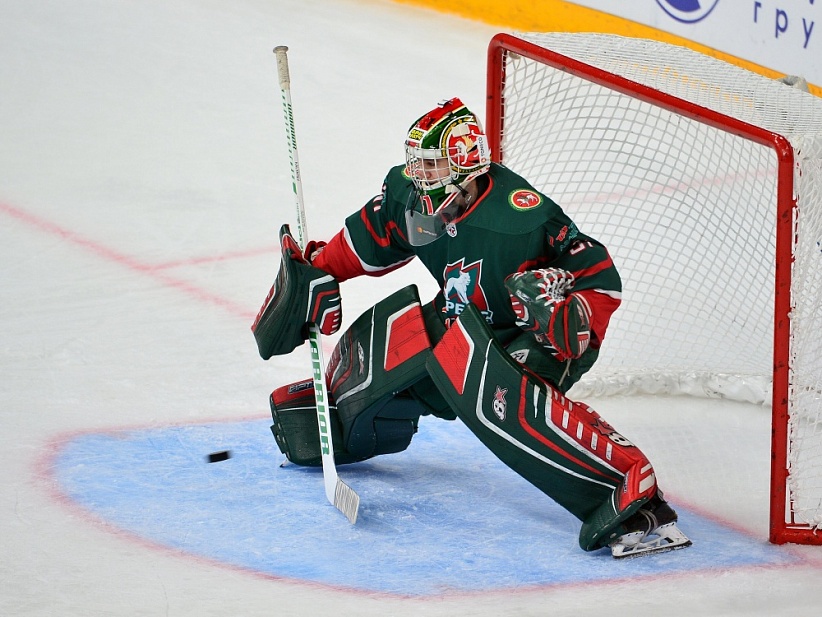 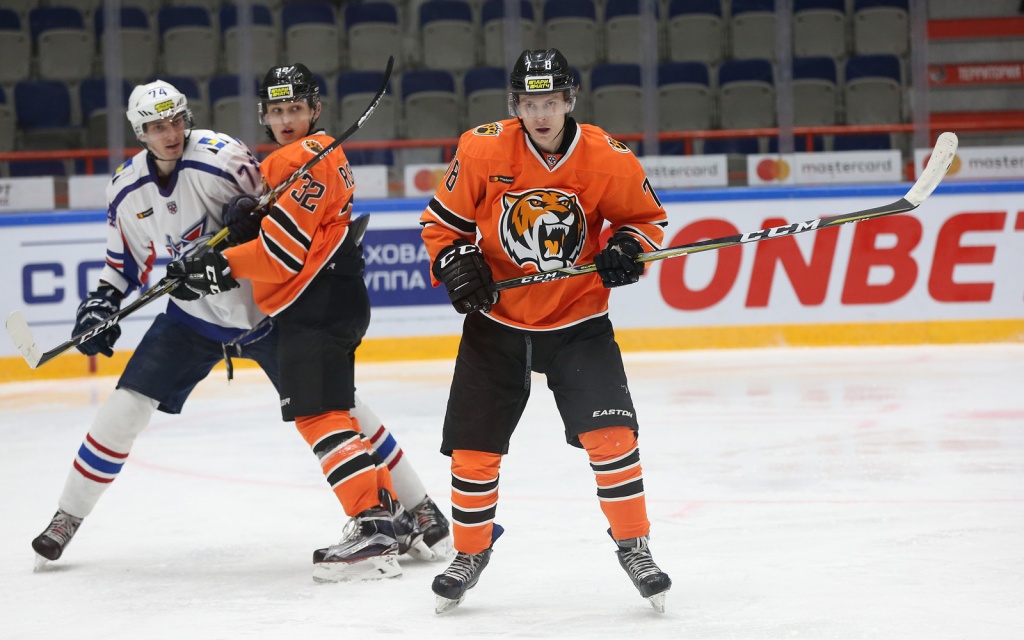 In Russia’s Far East Amurskie Tigry Khabarovsk faced their rivals Sakhalinskie Akuly. It was a special day for Yuzhno-Sakhalinsk goaltender Grigory Kolupayev as he faced his former team. Motivation proved to be a key factor as Kolupayev played a great game and helped his new team win. The visitors won the opening period 2-1.  Alexie Bozunov and Vladimir Krotov scored for the ‘Sharks’, while Nikita Linnik got a marker for the ‘Tigers’.

Early minutes of the second period were crucial as Mikhail Rodenko converted on a power play to tie the game up. A few shifts later Sakhalinskie Akuly got the puck over the goal-line but it tally was waved off as the net was dislodged. The visitors did better late in the period and essentially bagged it as Vadim Chebotaryov and Stanislav Basnev got a marker each. Home team found themselves down 2-man late in regulation and allowed another goal, which didn’t count either. Khabarovsk created several good scoring chances but failed to force overtime. Sakhalinskie Akuly win 4-2. 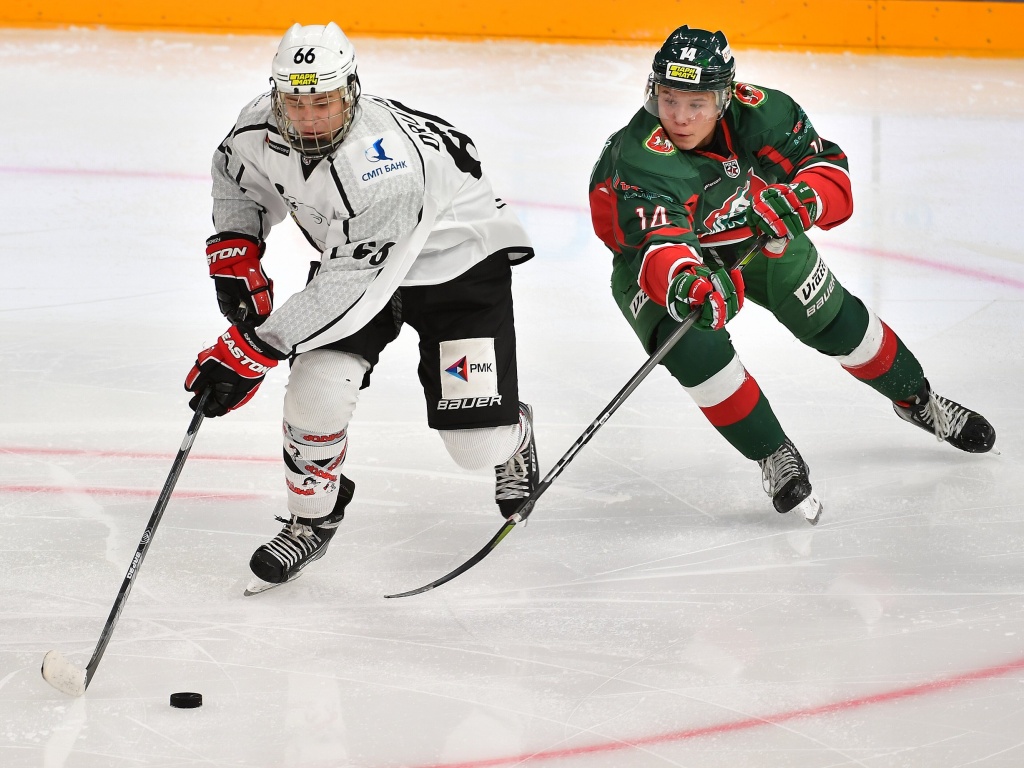 The game in Kazan between Irbis and Belye Medvedi Chelyabinsk ended with the same final score, although it was the home side who was victorious. Despite being outshot by Chelyabinsk in the opening period of play, Irbis managed to score twice – Artur Brovkin and Kazan top-scorer Danil Gizatullin got a tally each. Midway through the second frame Semyon Balalayev got an unnecessary minor for delay of game and Kazan went on to score their third goal – Emil Galiaskarov converted on the ensuing powerplay.

Just as Artyom Shvaryov pulled ‘Polar Bears’ back to within one, Ilya Safonov restored the 3-goal margin less than a minute later, sending Viktor Selivyorstov to the bench – Boris Solomatin replaced him between the pipes. The latter didn’t allow any goals but Belye Medvedi scored just once on Artur Akhtyamov in the final period as Artyom Udot got one past him. Irbis win 4-2.