NOT A WORD ABOUT HOCKEY. DANIIL CHECHELEV NOT A WORD ABOUT HOCKEY. DANIIL CHECHELEV

In today’s edition of our continuing Not A Word About Hockey series we’re going to talk to Russkie Vityazi goaltender Daniil Chechelev. As always, our interviewee shares a lot of interesting details about himself, including preferences in music and movies and much more.

- Team cooks decide on my diet at the baza. Usually, I have scrambled eggs with sausage for breakfast and chicken breast pasta for lunch. As for dinner, it varies. Pork ribs is my favorite meal.
- I have a cat in St. Petersburg. He has a lot of names but I just call him Ryzhy (Ginger).
- My vacation depends entirely on my mood. Having fun is most important to me. I dream of visiting France. I’d like to go to Paris and enjoy all sights of that historic European city.
- In my spare time my friends and I walk around the town or go to the movies. Last time we met we went to play VR shooter.
- Island of the Damned is my favorite movie. I really enjoyed the plot and open final. I don’t watch a lot of TV series but I did like Breaking Bad and Chernobyl. Toby Maguire is my favorite actor. I will always remember him for his role in Spiderman.
- As for music, I prefer hip-hop. The latest track I have added to my playlist was Blah, Blah, Blah by 13Kai & Kassi from their Brilliantovaya Ruka album.

- I’m the easiest person to live with. I’m pretty calm and reserved but I get offended easily but I recover quickly too.
- I have never felt like not going to the game. I do my best to get a good night’s sleep before the games so I wouldn’t feel like not going out from the bed.
- A real man must possess qualities like bravery, determination and confidence.
- From my parents I have inherited kindness, honesty, cool head and sense of humor.
- When I meet a new person, first thing I look at is how they talk and act.
- I can’t say that I follow every superstition but I have a pre-game routine, which I try to stick to.
- I guess, you can call me a gambler in terms of hockey.

- I don’t have a role model when it comes to men’s attire. I follow tendencies in modern fashion and take something from it to add to my style.
- Brand clothes are great if you can afford them. But you shouldn’t chase expensive brands. Sometimes people look like a bad candy in great wrapping.
- I used to have a lot of black and white clothes in my wardrobe but now I try to add different colors to it. I usually wear our team clothes because there’s no reason to dress up for practices.
- I have used Lacoste perfume for about four years now. I used the white one before, but now I wear blue.
- I don’t grow beard.

- My girlfriend loves hockey. She always follows our games and does her best to come to the games in Moscow. Although, she doesn’t always have the time because of her studies.
- A serious relationship shouldn’t be an obstacle in studies. You have to set your priorities straight. In any case, you shouldn’t put all your eggs in one basket.
- I’m a bit of a shy person so I get into awkward situations a lot.
- In any case, my child – be it a son or a daughter – will be in sports. It doesn’t matter to what extent. As for what sport it’s going to be, it’s going to be their decision. Kids should be interested in that themselves. They signed up my younger brother for hockey when he was 5 years old. He didn’t want to do it after a few practices and a year later he was dying to play hockey. There are kids on his team who had played hockey since 3 or 4 years old. They skate better than him. But he wants to play hockey just as bad as all of them combined. He’s an example for me in a way.

- If it weren’t for hockey, I would have gotten a musical education. I have always been interested in that domain.
- Good education is always good to have. Nobody knows how long your hockey career is going to last and what you’re going to do after wards. This is why a higher education is very important for me.

A funny story happened to me once when I joined a new team. The head-coach referred to me not by name but by position – goaltender – for half of the season. I don’t know what was his reason behind it but to my it looked funny. 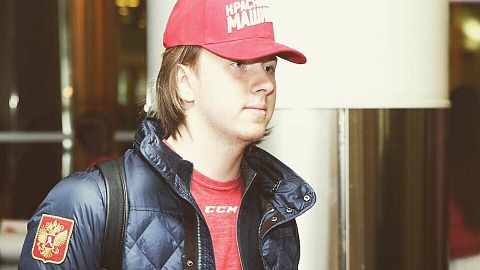 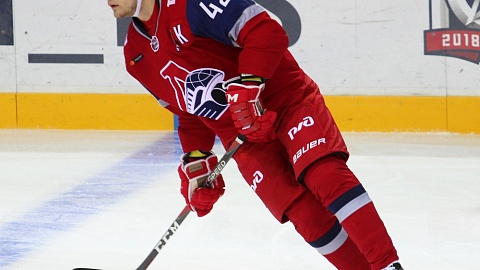 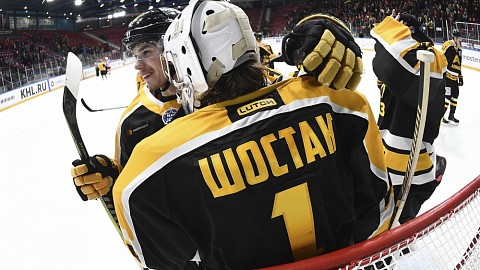