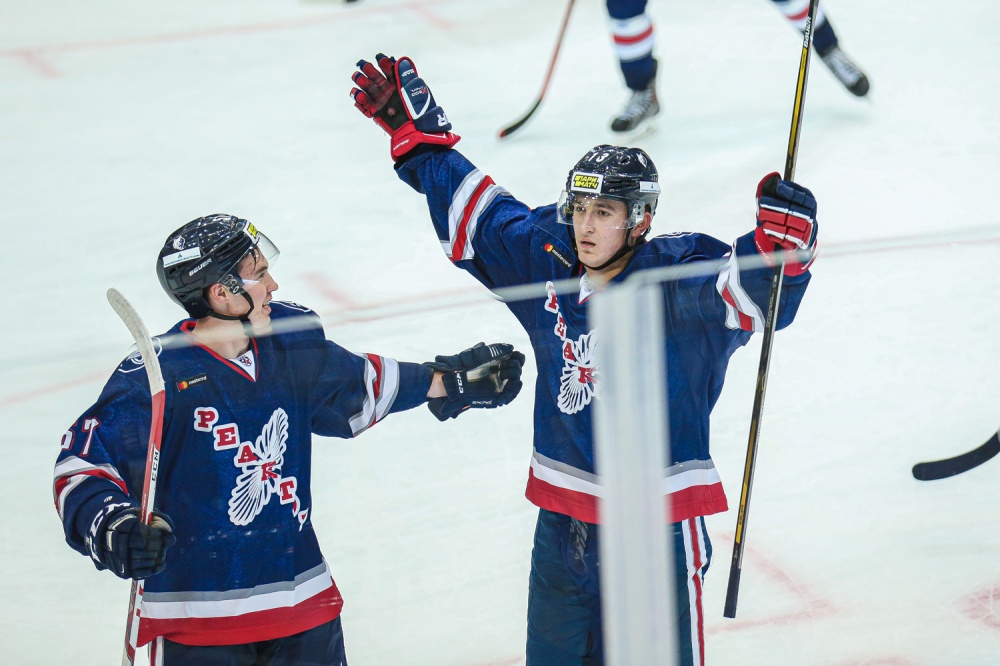 IRBIS LOSE IN NIZHNEKAMSK, RIGA WIN 7th STRAIGHT. SEPTEMBER 27th REVIEW
Share
Just three regular season games took place in Parimatch Junior Hockey League on September 27th, of which two were held in the West and one in the East. We take a look at all Friday games in this review.

Riga win their 7th game in a row 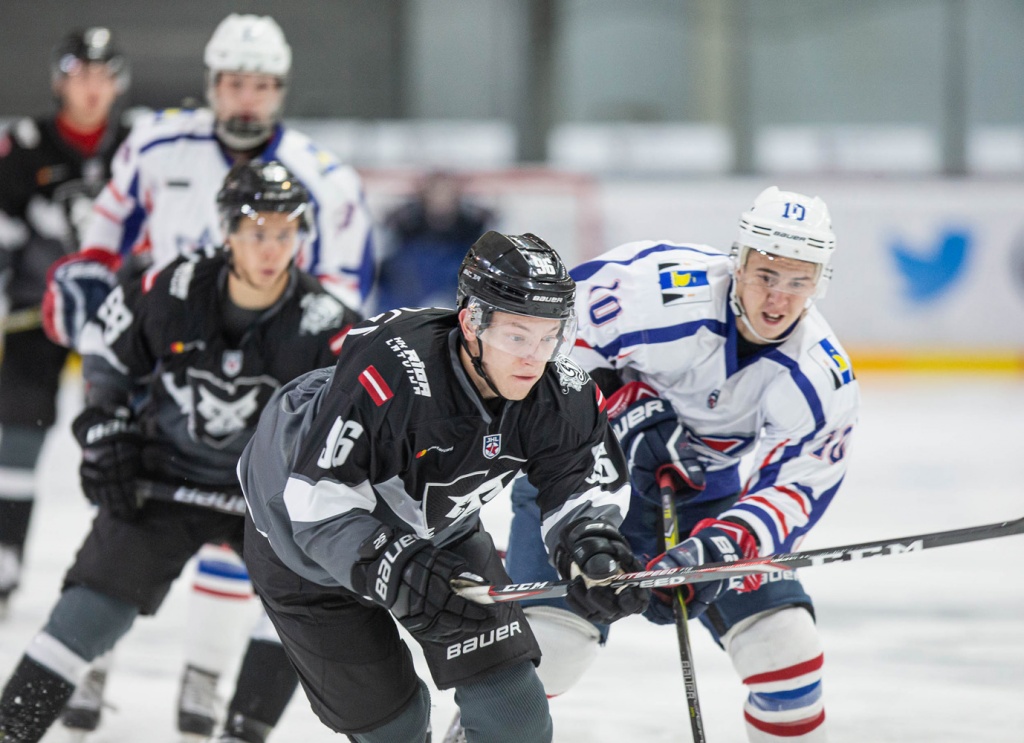 Top team of the Western Conference HK Riga faced Sakhalinskie Akuly on home ice. Vadim Chebotaryov got an early minor in the game, which was followed by Daniil Glukharev getting a game misconduct for assaulting an opponent at the boards. Riga converted twice on the following 5-minute powerplay – Karlis Bucenieks and Roberts Prizevoits got the markers. The teams continued to pile up penalties. Yuzhno-Sakhalinsk were especially persistent as they got almost an hour of penalty minutes into the opening period alone.

As for the scoreboard, the visitors solved Janis Voris seven minutes into the second period – Alexei Dolishnya found the back of the net. The visitors couldn’t shake off the penalty problem and Dolishnya’s marker turned out to be the last in the bout. Danil Moskalyov got a minor for kneeing with 90 seconds on the clock, robbing the ‘Sharks’ of the opportunity to go for one final push. HK Riga win 2-1. 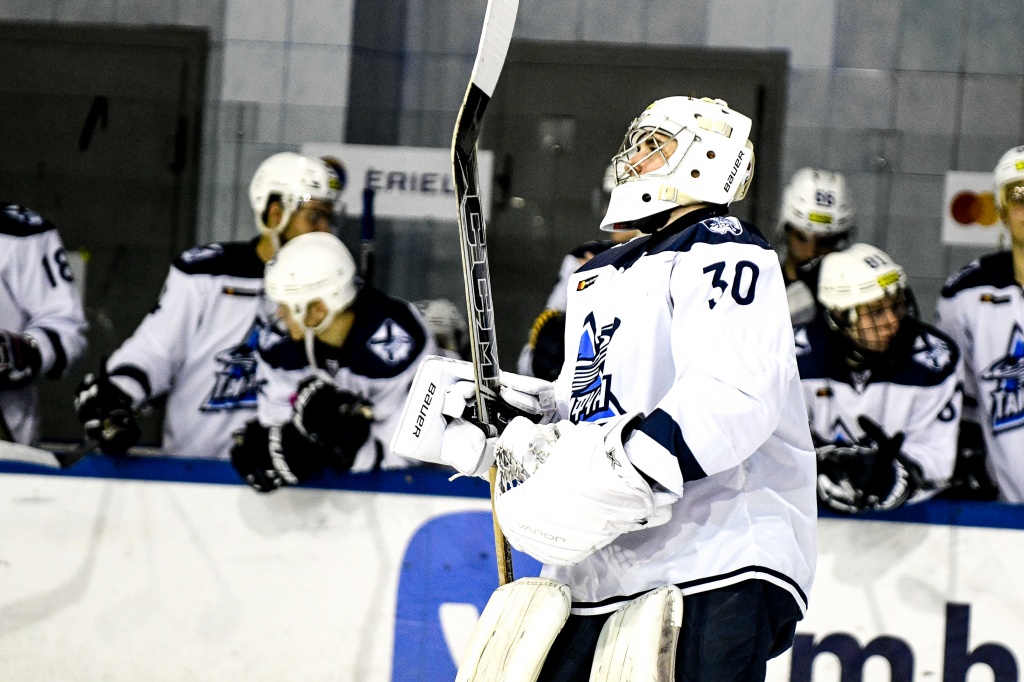 ORG Junior, who hadn’t gotten a single point coming into the game, faced Taifun Primorie Region in Dmitrov for the second consecutive time. The visitors scored twice in the first period – Ivan Bunov got both markers. Second period of action featured a lot of goals. Nikita Ivashkin scored on his former team, which was followed by Bunov’s third goal of the game. Yegor Yaroshenko made it a 1-goal game once again and the teams traded goals within next minute – Pavel Yelizarov scored for the visitors, while Artyom Serikov got one in for the Chinese side.

13 minutes into the period Alexei Rarov once again restored the 2-goal advantage for Primorie Region. The goal-fest continued in the third stanza. Serikov and Prokhor Korbit got a powerplay tally each to tie the game up 5-5. However, Taifun weren’t fazed by that. They scored two more goals in three minutes, while home side eked out just one. Taifun win 7-6 in a very high-scoring game. 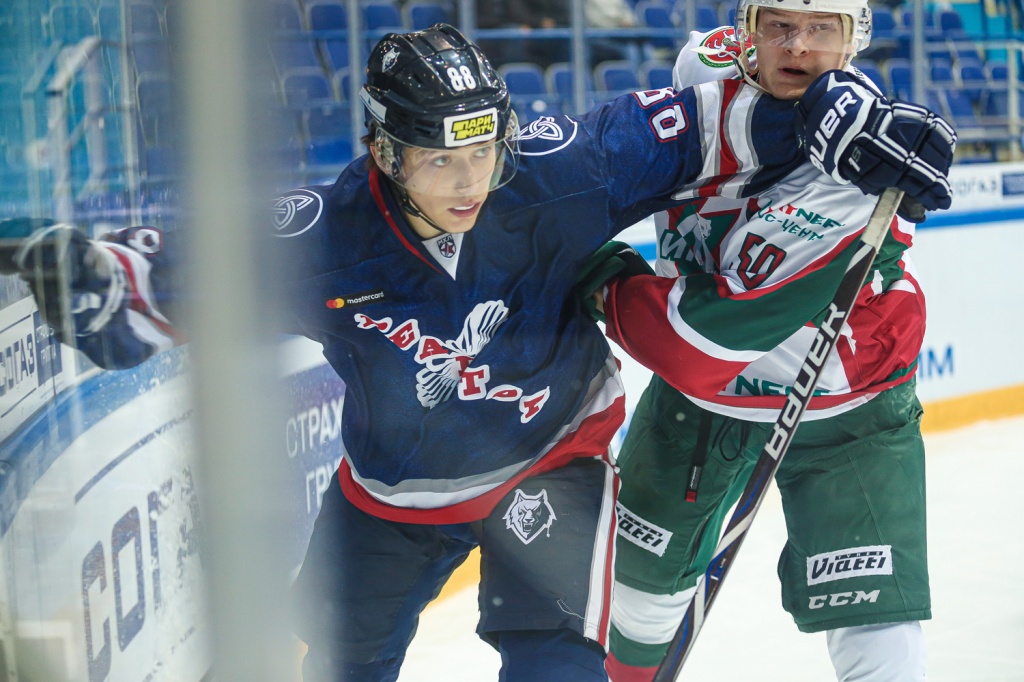 First game of the day was yet another Tatarstan rivalry, which are in abundance in Parimatch Junior Hockey League. Reaktor Nizhnekamsk faced Irbis Kazan and did very well in the opening eight minutes of the game. Nizhnekamsk managed to score twice on Artur Akhtyamov over the stretch – Ilya Paranin and Andrei Chivilev found the back of the net. The latter converted on a powerplay. Kazan weren’t fazed by that and tied the game up before the intermission – Adel Bulatov and Ilnur Shabanov got a tally each. Bulatov enjoyed his first career Parimatch Junior Hockey League goal.

The visitors’ top-scorer Danil Gizatullin put Kazan in the lead in the second frame. It took Nizhnekamsk just 29 seconds to score two more goals – Aidar Valeyev and Daniel Butsayev got the markers. Kirill Krutov made it a 4-4 hockey game but the home team prevailed in the end. Yegor Toropov scored 12 minutes into the third stanza, while Danil Mikhailov scored on a powerplay to secure a 6-4 win for Reaktor in exciting fashion.