Six regular season games took place in Parimatch Junior Hockey League on September 24th. We take a look at all Tuesday games in this review. 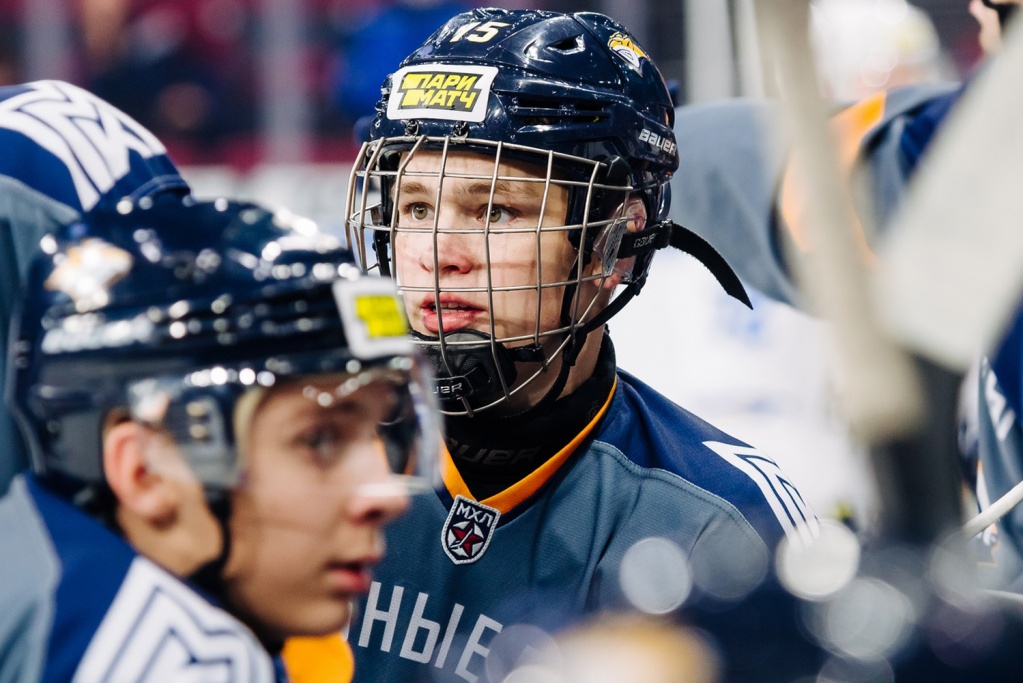 Stalnye Lisy Magnitogorsk played hosts to Snezhnye Barsy Nur-Sultan. The visitors had the momentum on their side in the opening period of play. Home team took just three shots on Nikita Kamyshnikov. Snezhnye Barsy got a minor penalty just two minutes in but couldn’t convert on it. Nur-Sultan evened the pace of the game in the second frame and began creating more scoring chances. Kazakhstan team killed off a penalty and opened scoring late in the stanza. Andrei Oleinikov’s shot was blocked leaving a defenseman on the ice but the play continued and it led to Maxim Musorov finding his target.

Home team managed to get back even after a long passing play. Nikita Rozhkov fired one from mid-range and Andrei Gusev skillfully tipped it into the net. The teams were tied on the scoreboard by the end of regulation and Magnitogorsk went on to win it in overtime. Dmitry Sheshin beat his defenseman with a great display of individual skill and put it past Vilen Prokofyev. 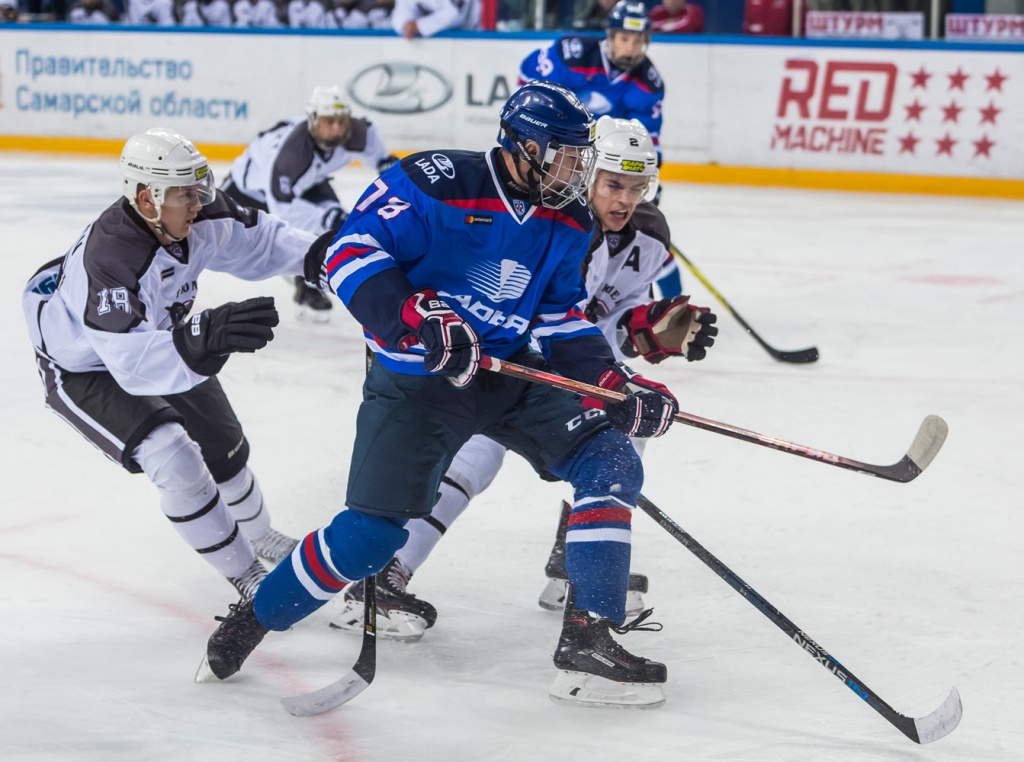 Ladiya Togliatti faced Tyumensky Legion, who have had serious trouble with their discipline this season. Togliatti couldn’t score on their initial powerplay opportunity of the game but when the visitors went down 2-man – home side got what they wanted. Alexei Schetilin couldn’t stop Stanislav Rangayev who scored on the rebound. Ladiya could have improved their lead to 2-0 11 minutes in but Pavel Simonov failed to convert on his breakaway chance.

Togliatti scored twice in the second frame. Dmitry Petrov capitalized on a powerplay, while Milan Zinatullin buried the rebound to make 3-0 midway through the period. Ladiya finished the job in the third stanza. Stepan Steshenko tipped Rangayev’s shot, Andrei Kolgin sniped one top-shelf and Timofey Doba further improved the lead. Ladiya win 6-0 as Artyom Zabrodin gets a shutout with 33 saves. 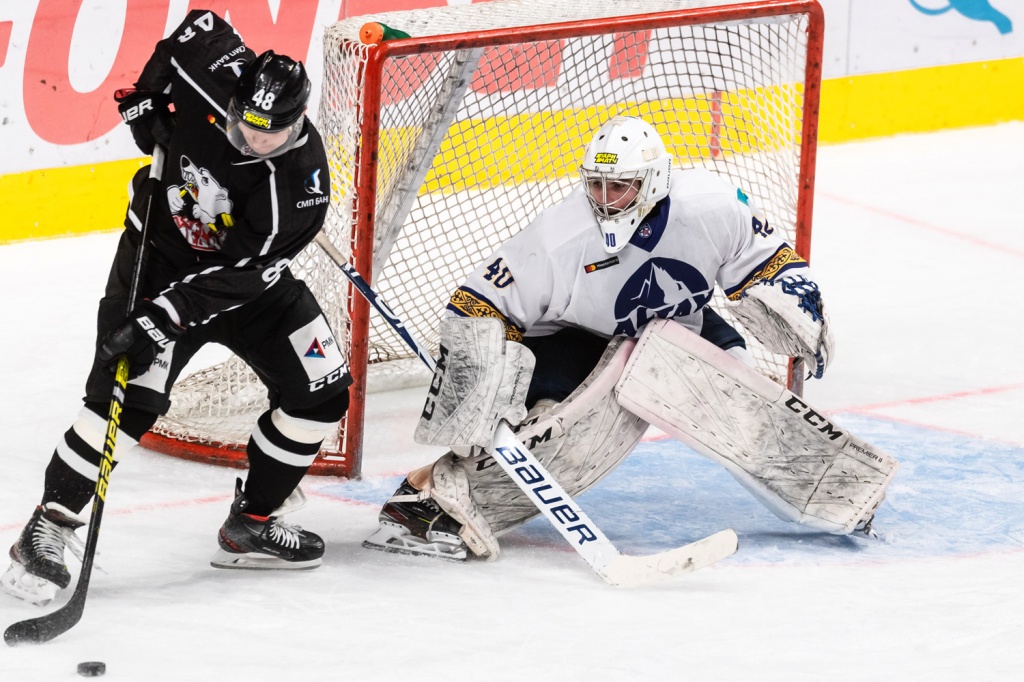 Hard-nosed Altay Ust-Kamenogorsk visited Chelyabinsk. Local Belye Medvedi managed to get on the board six minutes in – Vladislav Nurek stopped Artyom Zarubin’s clapper from the blue line but couldn’t stop Rodion Filchakov on the rebound. Arkady Aksyonov got a 10-minute misconduct midway through the period but Ust-Kamenogorsk failed to capitalize on it.

Chelyabinsk had the momentum on their side in the second period but doubled their lead only late in regulation – the very same Filchakov found the back of the empty net for his second of the game. Ilya Gorbunov got a shutout win with 29 saves. With this 2-0 decision ‘Polar Bears’ enjoy their first regulation win of the season.


Sarmaty hand Omskie Yastreby their first loss of the year 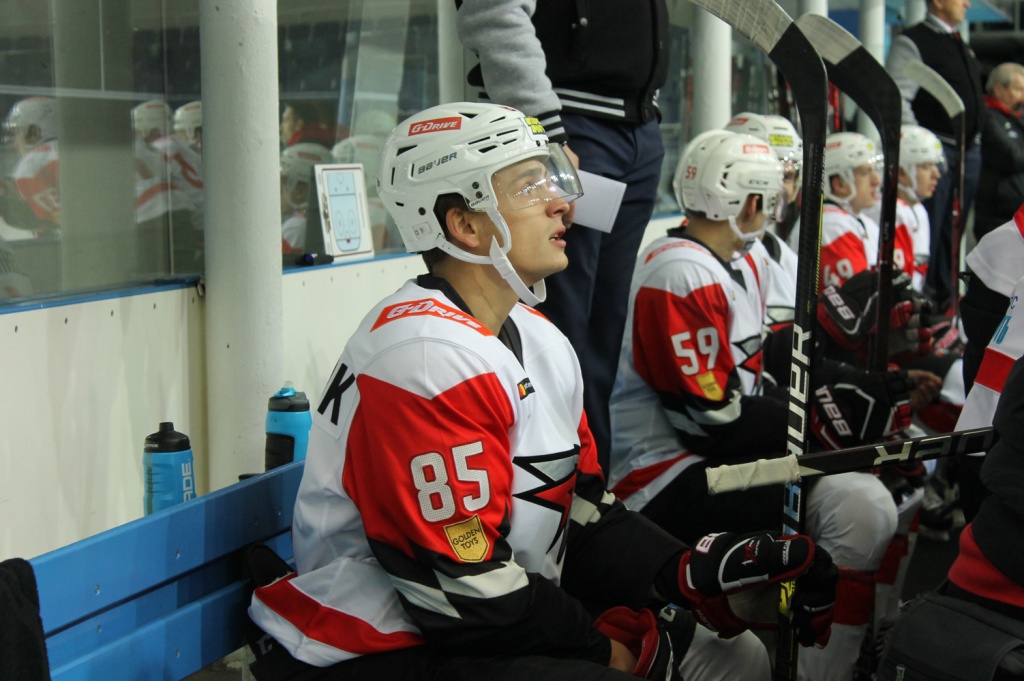 Sarmaty Orenburg faced Omskie Yastreby, who hadn’t lost a single game at the point. Orenburg opened scoring 11 minutes in as former Chayka Nizhny Novgorod and HC Kapitan Stupino player Milan Tomi put it home. Sarmaty came out hard for the second stanza and steamrolled over the opposition, scoring three more goals. Tomi got his second of the game, Ivan Nazarov ended the afternoon for Nikita Dianov, who was replaced by Georgy Dubrovsky in net, while Ivan Ukolov further improved the lead.

Omskie Yastreby recovered somewhat and got a goal back – Kirill Kazakov solved Anton Borodkin. However, the ‘Hawks’ failed to pull off a comeback. A mass brawl broke out after the buzzer in the second period, which led to a pile of penalties. Alexei Barkhatkin scored on a powerplay in the third frame, while Omskie Yastreby eked out just one more marker – Daniil Berestnyov was credited with it. Sarmaty win 6-2. 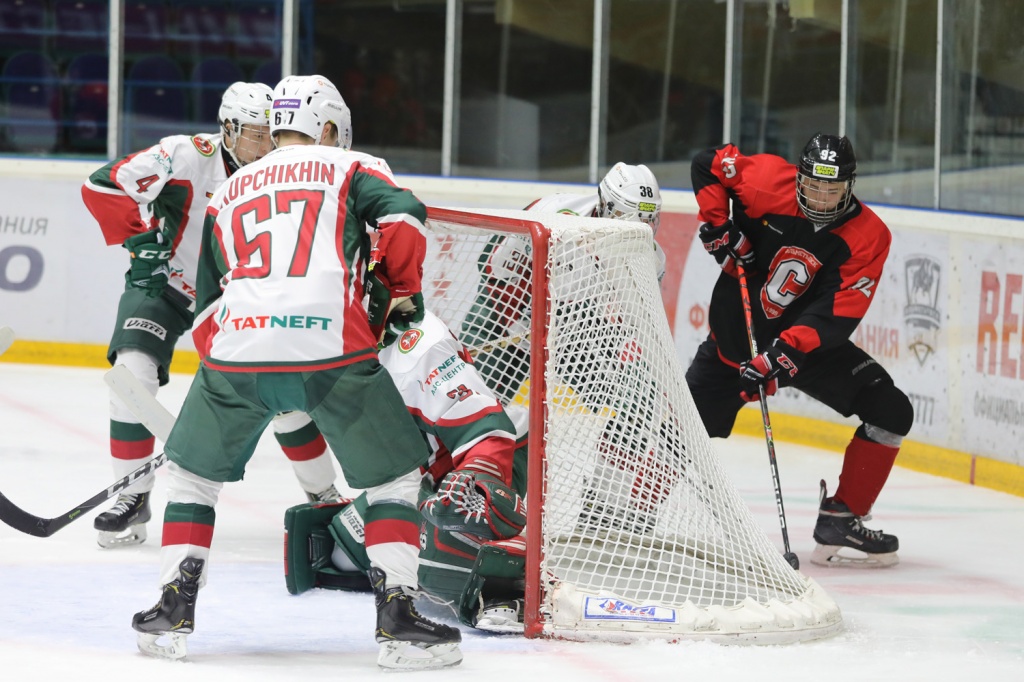 In the first Tatarstan rivalry series of the season Sputnik played hosts to Irbis Kazan in Almetyevsk. The game began with a short ceremony as it was 20th anniversary of Sputnik’s predecessor Neftyanik-2’s first game. Almetyevsk captain received a cake for the occasion while the fans got to see a video montage on jumbotron.

Kazan got on the board in the second period of play as Artur Brovkin put it into the net but home side responded quickly with Ainur Vagidullin’s marker. Rail Sharipov put Sputnik in the lead but Irbis tied it up again before the intermission – Alexander Lobchich converted on a powerplay. Timur Zakirov scored the game-winning goal for Sputnik five minutes into the third frame. Kazan ran out of time looking for the equalizer. It was their first loss of the season. 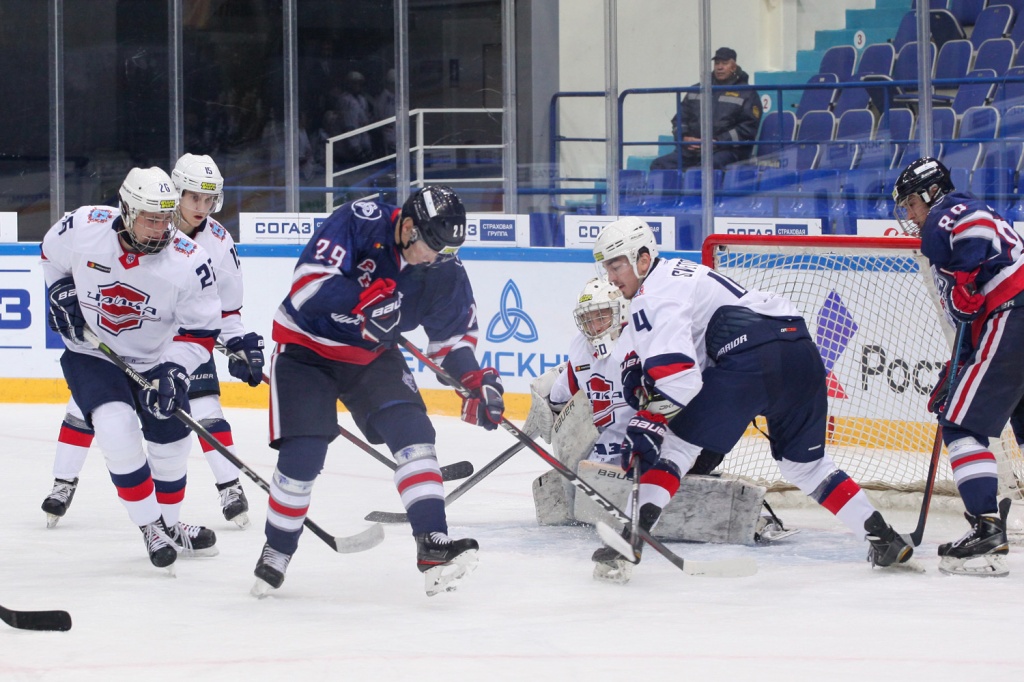 Last game of the day took place in Nizhnekamsk as Reaktor defended the ice against Chayka Nizhny Novgorod. The visitors got on the board ten minutes in as their top-scorer Nikita Shavin found his target. Nizhnekamsk had two powerplay opportunities but couldn’t capitalize on either of them. The visitors improved their lead in the second frame – Artemy Mutovin converted on Sergei Martynov’s minor.

Reaktor were looking to tie the game up but there was only one team on the ice in the third stanza and it was Chayka. Yegor Alexeyev made it a 3-0 hockey game and soon after that Denis Nikulin scored another one for Nizhny Novgorod. Denis Vengryzhanovsky stepped into the spotlight for the final ten minutes of regulation as he scored twice, ensuring Chayka their first blowout win of the season. 16-year-old Yegor Gromovik stopped 26 shots for his first career Parimatch Junior Hockey League shutout.