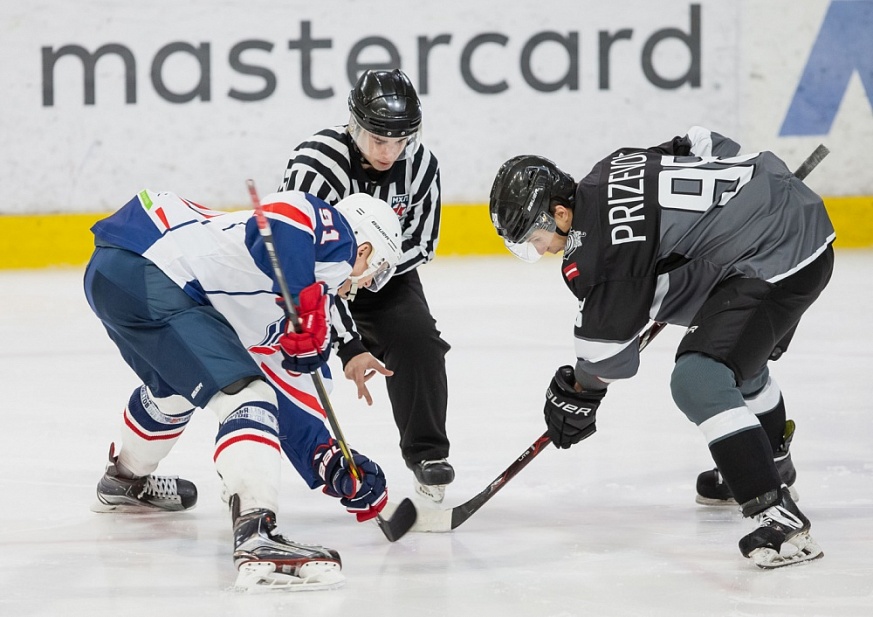 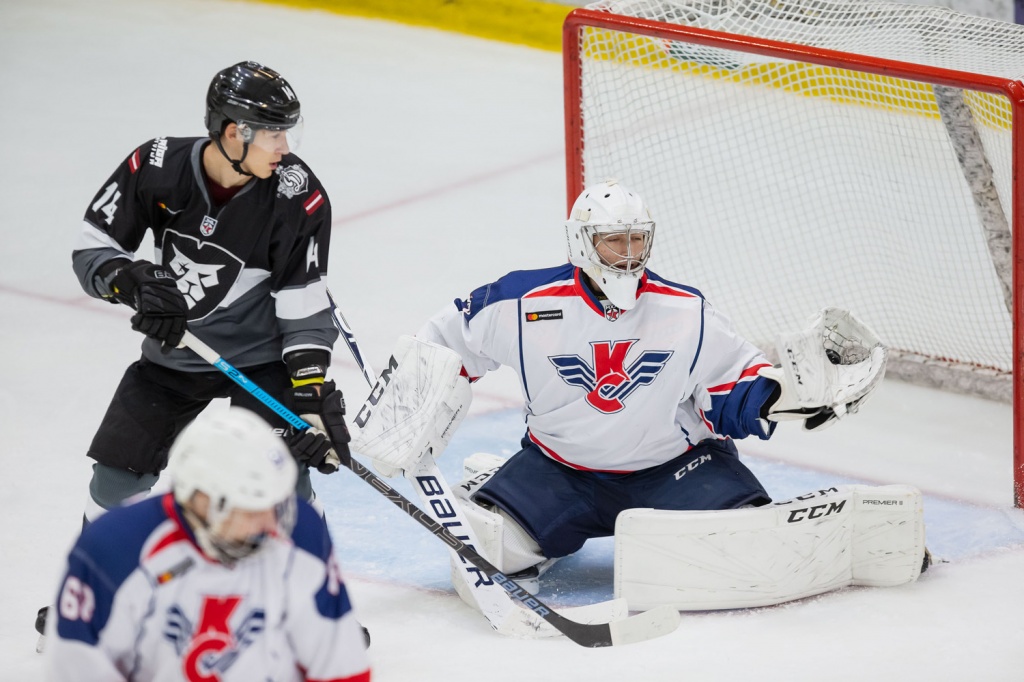 HK Riga learned their lesson from collapsing in the first game of the back-to-bac series against Krylia Sovetov Moscow and came out hard for the second meeting between the two. Latvian side took twice as many shots as Setun in the opening period of play (15 against 7). Riga’s fast-paced hockey forced the visitors take penalties and home team capitalized on that. 13 minutes into the game Arvils Bergmanis converted on Krylia Sovetov’s newcomer Roman Badanin’s minor and two minutes later Janis Svanenbergs doubled the lead on Rodion Poroshin’s penalty.

Second frame began with three consecutive minors by Riga, which helped Alexander Trofimov’s side to gain a bit of confidence. Midway through the period Vadim Sivchuk brought ‘Soviet Wings’ back to within one off Badanin’s helper but Raimonds Vilkoits’ men weren’t fazed by that and restored the comfortable lead before the intermission – Danil Kadochnikov couldn’t stop Kristaps Skrastins’ shot.

Krylia Sovetov were determined to get back even in the third stanza. Just 50 seconds after the play resumed Alexander Mirgorod jumped to the slot from the area behind the net and tried to make a cross-ice pass – the puck whistled past a few sets of skates and ricocheted in off someone’s leg right between the wickets of Janis Voris. Raimonds Vilkoits challenged the play but officials didn’t change the decision after video review – 3-2. The visitors kept the pressure on and Riga players had to block several shots. Late in regulation Krylia Sovetov called time-out and then pulled Kadochnikov for the extra-attacker but that changed nothing on the scoreboard and Riga avoided slipping into overtime.

Riga win their 7th game out of the past 8 and get comfortable on top of the Western Conference with 14 points. Krylia Sovetov lose their second game in a row and get ready for a road trip to Russia’s Far East. 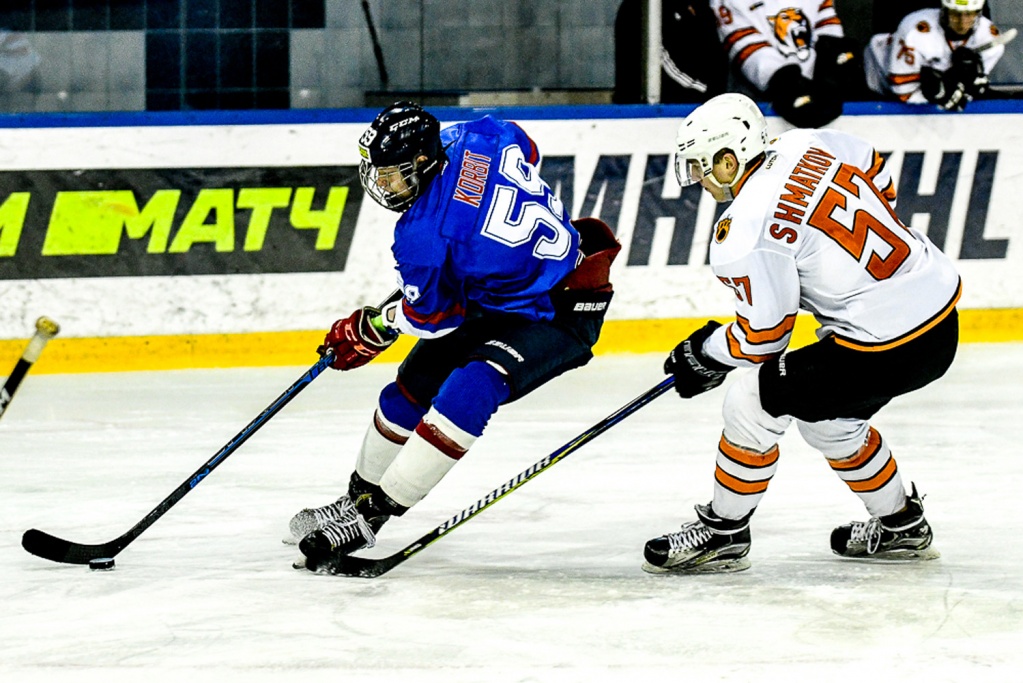 Amurskie Tigry Khabarovsk dominated throughout the game and took a lot of shots (58 of them just on net). However, they couldn’t find the back of the net for a while as nothing was going past Haoran Hu. With his huge help the ‘Rhinos’ ended the first period with a 1-0 lead – with 2.5 seconds remaining on the clock Prokhor Korbit beat Yuri Cherkashin to put Chinese side in front.

The game followed the same scenario in the second period. The ‘Tigers’ had the momentum on their side, while ORG Junior responded with rare counter-attacks. On one of such occasions Cherkashin stopped a very dangerous shot. Konstantin Blinkov’s minor was the key moment of the game as he got a double-minor for high-sticking. The score was even by that point as Alexander Gopiyenko had found the back of the net. Leevi Juntunen was also in the penalty box at the time. It didn’t take the visitors long to convert on the ensuing 2-man advantage – Alexander Gopiyenko scored his second of the game with a top-shelf snipe from open ice. A few minutes later Amurskie Tigry converted on Blinkov’s penalty as well – Yegor Mozharov tipped the puck home on Nikita Linnik’s assist. Alexander Barkov’s men collapsed in the third period, allowing as many as five goals.

Amurskie Tigry end their road trip with two consecutive wins. They will now face Krylia Sovetov on home ice. ORG Junior lose their 8th game in a row. They are the only team other than Tyumensky Legion who still don’t have a single point this regular season.