HIP-CHECK BY KALMYKOV AND 20 GOALS BY VITYAZI. JHL WEEK REVIE 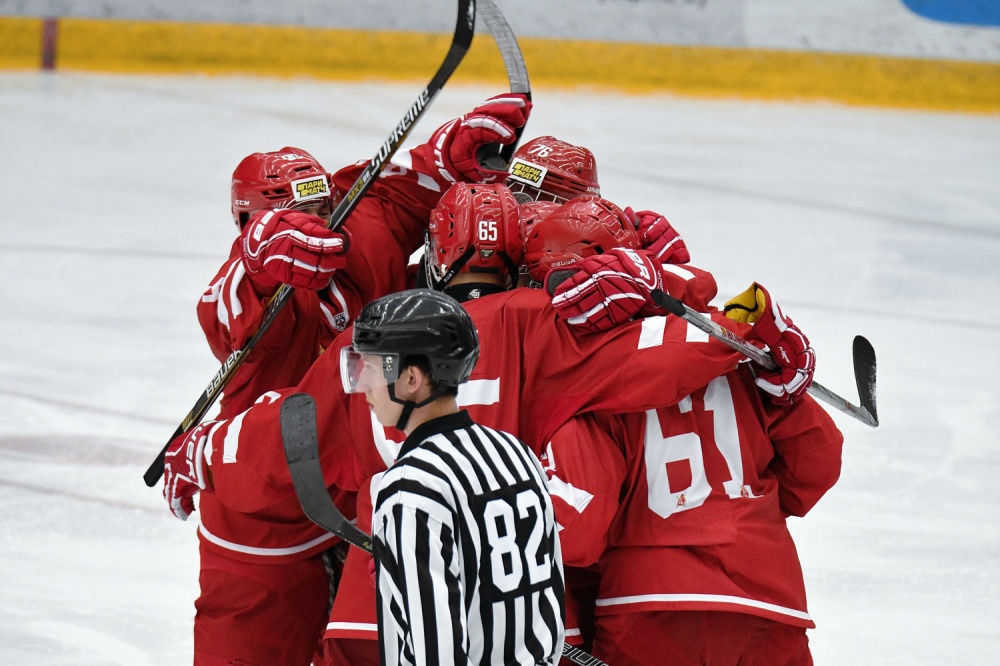 Week 2 of Parismatch Junior Hockey League came to an end. As per tradition, we present you with its numbers and most memorable highlights.

36 games took place last week in JHL last week. A total of 788 players participated in them (55 goaltenders, 274 defensemen and 459 forward).

Most saves in a single game – Joona Rajala (ORG Junior). On September 9th in the game against Russkie Vityazi Rajala stopped 50 shots.

Most goals took place on 49th minute. It featured 10 goals.

Most popular final score – 3-2. Five games ended with the score.

The most penalized game of the week was the one between Russkie Vityazi and ORG Junior, which took place on September 10th. The teams combined for a total of 116 penalty minutes (60 and 56 respectively).

The least penalized games of the week was the ones between Mamonty Yugry and Omskie Yastreby, and between JHC Dynamo St. Petersburg and Taifun Primorie Region. Both games featured just 8 penalty minutes.

SKA-1946 St. Petersburg defenseman made a huge hit in the game against Atlant Moscow Region.

Another clean and powerful hit by Krasnaya Armiya’s Ilya Chaban.

A peculiar incident took place in the game between Russkie Vityazi and Taifun. The puck hit the bar on the rebound off the boards.

Omskie Yastreby and Sputnik Almetyevsk competed in NHL 19 prior to their game.

Speaking of Sibirskie Snaipery, they scored three goals in a span of 3 minutes and 4 seconds in the game against Togliatti.