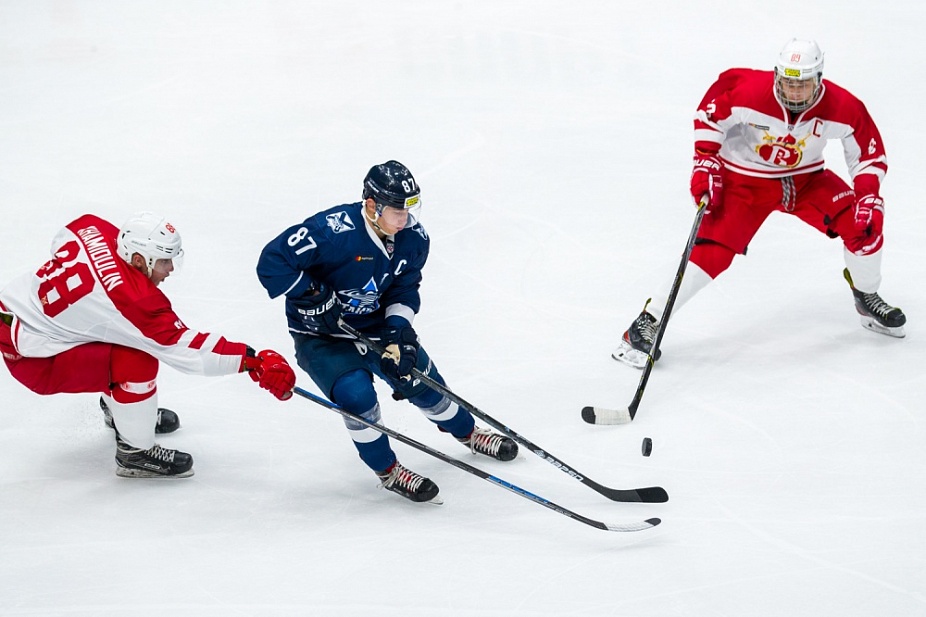 Five regular season games took place in Parismatch Junior Hockey League on September 14th. We take a look at all of them in this daily JHL review. 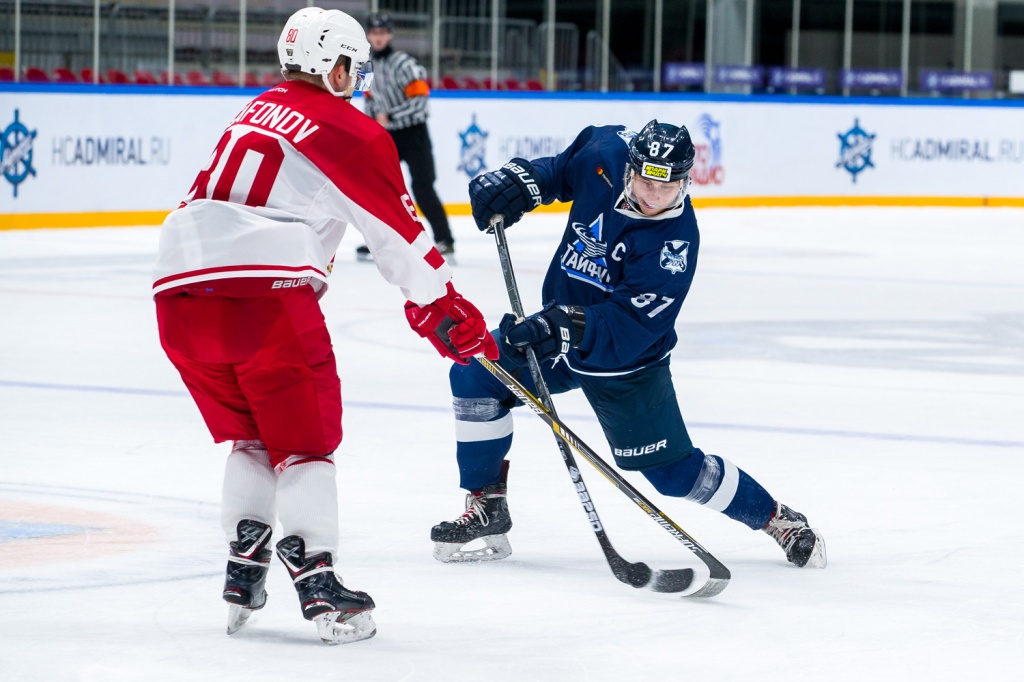 First game in Vladivostok turned out to be a high-scoring one as Taifun played hosts to Russkie Vityazi. Home team didn’t get off to a good start. Ivan Bunov got the first penalty of the game and Semyon Demidov managed to convert on it, which was followed by Dmitry Zaitsev’s marker four minutes later. Taifun scored twice before the intermission – Sergei Shushkov and Dmitry Kozlov found the back of the net. Zakhar Bardakov wedged a tally of his own between the two and the visitors had a 3-2 lead after opening 20.

The teams piled up penalties in the second frame. Notably Leonid Pasmanik got a 10-minute misconduct for checking to the head. Midway through the period Primorie Region team tied the game up as Nikita Malukhin found his target. However, soon after that Chekhov regained the lead as Yegor Zubov converted on a powerplay. Home team ran into a penalty problem in the following period. Daniil Baklastov scored on a 4-on-3 situation, while Zubov got his second of the game. Kozlov also got his second for Taifun and Russkie Vityazi went on to win 6-4 on the road. 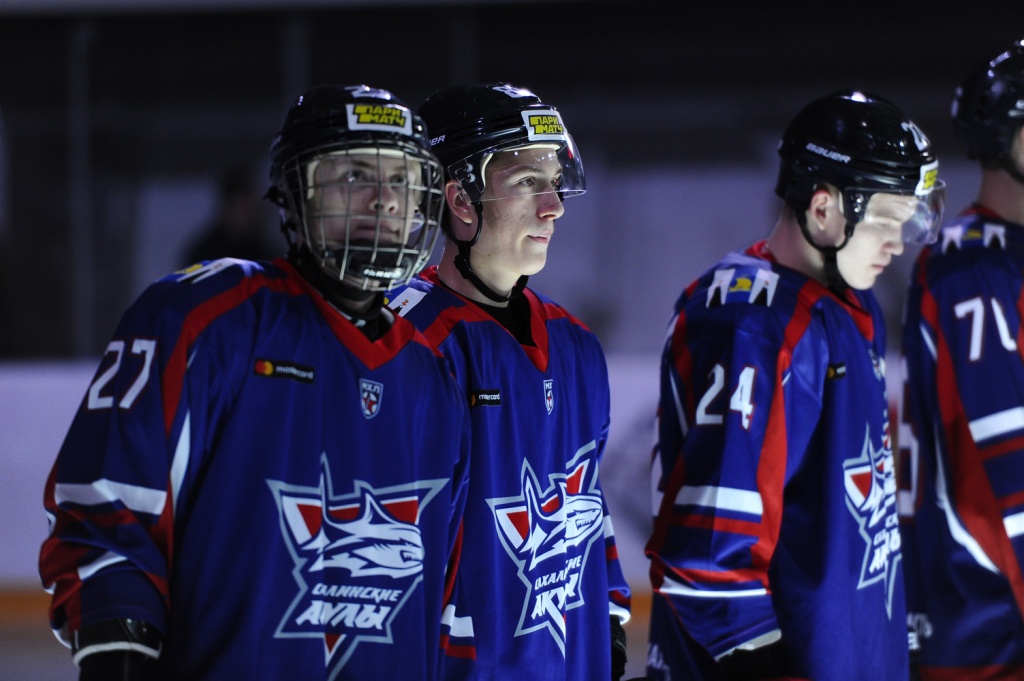 The visitors also came out on top in Yuzhno-Sakhalinsk as Sakhalinskie Akuly faced HC Kapitan Stupino. Yuri Kozhukhov sent one past Grigory Kolupayev less than a minute into the game. Kapitan took more penalties but it didn’t stop them from increasing their lead – Alexei Zhilin scored late in the second period, while Stupino’s top-scorer of last season Amir Garayev picked up an assist.

The ‘Sharks’ finally woke up only late in regulation. Daniil Glukharev solved Leonid Sklyar with five minutes remaining to play in the third period and then Ruslan Akhmetvaliev converted on Danil Filippov’s penalty to bring it back to even. However, Sakhalinskie Akuly failed to keep th momentum going for them and Grigory Ponkrarov scored the game-winning goal for the visitors. Kapitan win 3-2 on the road.

Ladiya lose their first game of the year in Novosibirsk 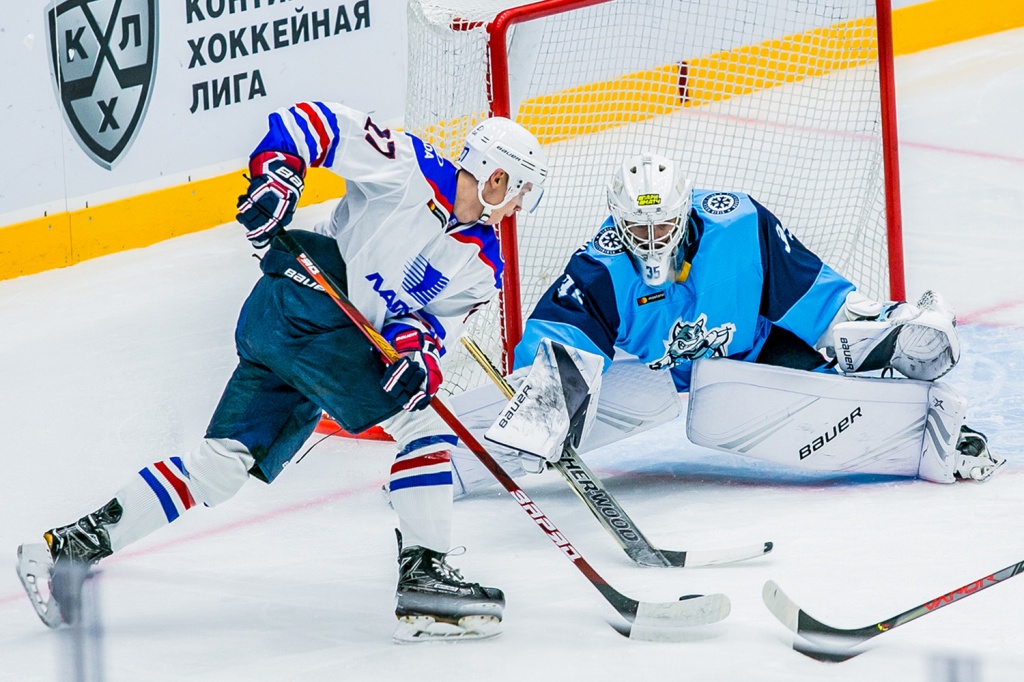 Sibirskie Snaipery played hosts to Ladiya Togliatti, who had won their first four games of the season. Novosibirsk looked decent early on as well, but didn’t get off to a good start in the game as Togliatti established a 2-0 lead by the 15th minutes. Stepan Steshenko and Danila Lotov found the back of the net. The latter converted on the Snaipery’s first penalty of the afternoon. Novosibirsk got one over the goal-line a little later but it was waved off as Ilya Pastukhov scored with a high-stick.

Home team scored one that did count in the second frame – Makar Nikishanin put it on shorthanded. The ‘Snipers’ managed not only get back even before the intermission but also get in the lead – Alexei Krivchenkov and Georgy Yurov scored just a minute apart. Despite all efforts to tie the game up, Togliatti came up short and Nikishanin set the final score at 4-2 with a goal on the empty net. Ladiya lsoe their first game of the year 4-2.

Irbis get a narrow win over Mamonty Yugry 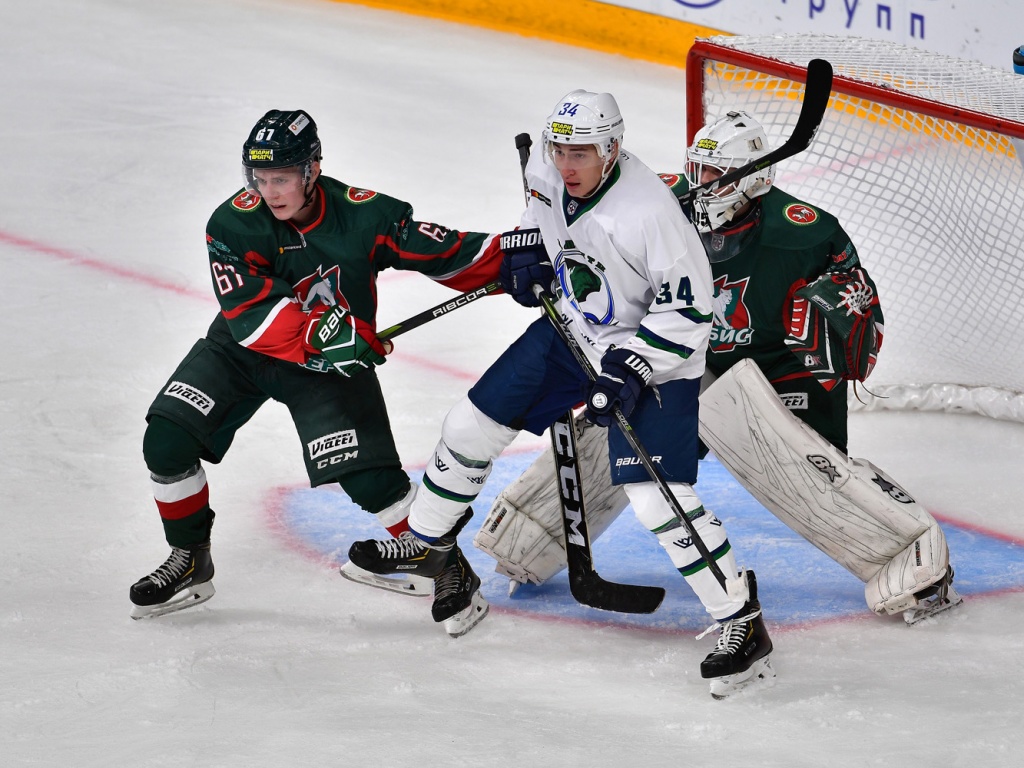 Irbis Kazan played hosts to Mamonty Yugry. The visitors got a penalty in the opening minute of play but home side got in the lead with an even-strength goal – Savely Kuvardin beat Konstantin Kuzmaul 11 minutes in. Khanty-Mansiysk brought it back to even in the second period with Bogdan Senotov’s tally but then Kazan’s powerplay unit got to shine as they converted on two consecutive attempts. Ilnur Shabanov and Emil Galiaskarov made it 3-1 Irbis after 40 minutes of play.

Mamonty Yugry got back to within one as Insaf Galeyev hit the twine late in regulation. Kazan stood their ground and didn’t let the ‘Mammoths’ force overtime. Irbis win their third consecutive game. With this 3-2 success they soar to the top end of the Eastern Conference. 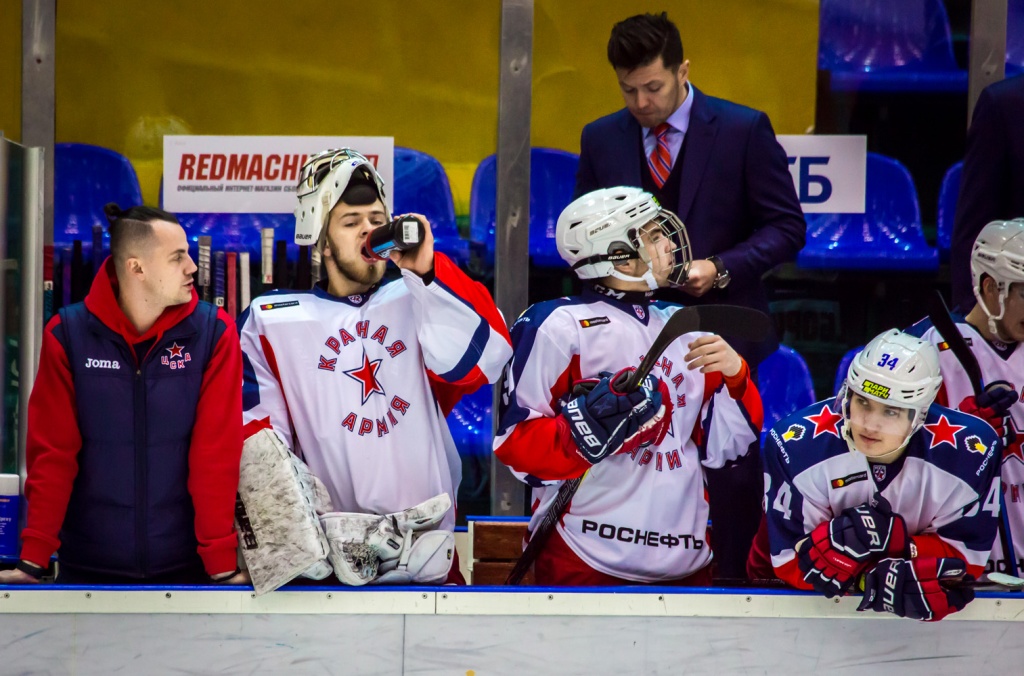 Moscow rivalry was the last game of the day and it was held in Tver. JHC Dynamo play their home games at SC Yubileyny this season and tonight the blue-and-white faced Krasnaya Armiya. Yaroslav Lyuzenkov’s men didn’t score a single goal in their first two games of the year and allowed a goal first in this one as well – Nikita Dolgopyatov found his target 13 minutes in. Dynamo finally got their first marker of the season eight minutes into the second period as Anton Kosolapov converted on a powerplay.

Soon after that Dolgopyatov scored his second of the game to give Krasnaya Armiya their second lead of the game but Dynamo tied it up again before the time ran out in the period – 17-year-old rookie Dmitry Romko got his first career JHL goal. Nevertheless, the red-and-blue managed to convert their momentum in another goal – Artyom Pugachyov got the game-winning tally. Dynamo finally score but still lose 3-2 and continue looking for their first win of the year.