ILYA KONOVALOV: “LAZUSHIN IS AS MUCH OF A JOKESTER AS SALAK” 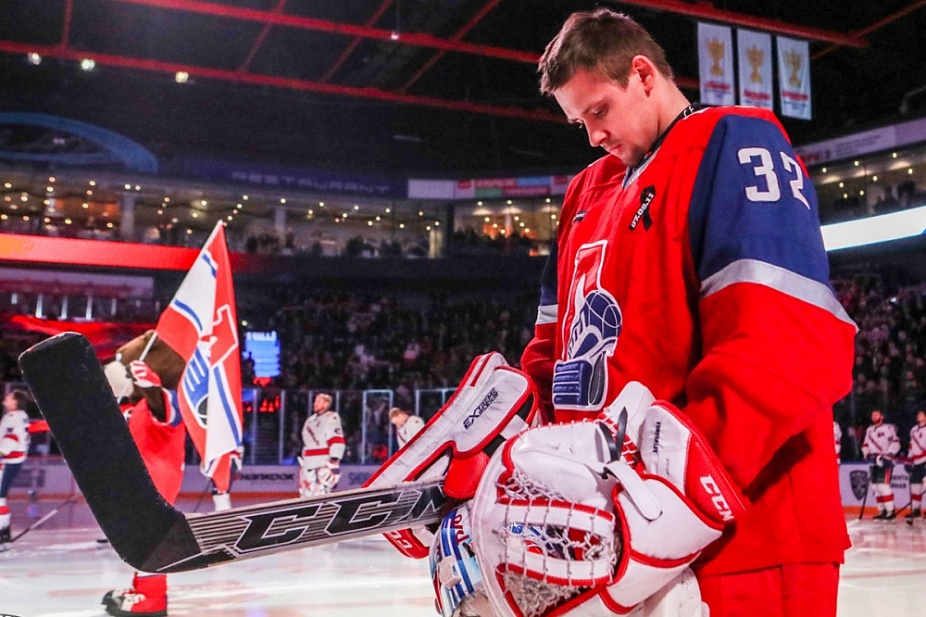 Interview
ILYA KONOVALOV: “LAZUSHIN IS AS MUCH OF A JOKESTER AS SALAK”
Share

Junior Hockey League media relations department spoke to one of the best goaltenders in the league’s history and Kharlamov Cup champions Ilya Konovalov. Not only did he make a successful debut in professional hockey, Konovalov was also named KHL rookie of the season.

- You were a member of Loko in each of the club’s championship season. However, you competed in Kharlamov Cup Finals only in 2018. Is it something that frustrates you?

- No. In 2016 Loko won their first Kharlamov Cup. We had a strong team and I was a member of it. Although, Anton Krasotkin was the starting goaltender. But in 2019 I had somewhat different goals – first I competed in KHL playoffs and then I was called up to Olympic Team Russia. Club management decided not to send me down to JHL, but the boys got the job done even without me. However, I still followed the team in the playoffs, knew what was the score in their series and who scored the goals. I even managed to watch a few games.

- How many medals you won in your Junior Hockey League career?
- Two JHL gold medals and two Junior Club World Cup gold medals. I spent a day with Kharlamov Cup just once when we beat SKA-1946 [St. Petersburg] in 2018 finals. I didn’t do anything special. I just gathered my friends and family and we took a few pictures.

- 2018 Junior Club World Cup was special for you because you played your last game for Loko at the tournament as you went on to spend the entire 2018-19 season with KHL team.
- Turns out that Junior Club World Cup final was my last game in JHL. It was a pretty good game. We beat HV71 from Sweden and won gold medals. I realized that my JHL career was over only in the summer when I turned 21 and got over the league’s age limit. Until then I was still ready to play for Loko. For instance, even when KHL team got eliminated from Gagarin Cup Playoffs by SKA [St. Petersburg], I was asked to stay focused and be ready to join Loko at any moment.

- Do you have any regrets, despite having put together a rather successful JHL career?
- In 2017 we lost to Almaz [Cherepovets] in the opening round of the playoffs. We certainly could have done better that year. On the other hand, perhaps that was the moment that forged our future wins.

- In 2018 you were named Kharlamov Cup Most Valuable Player, while SKA-1946’s Nikita Lysenkov was named the top goaltender of the season.
- Nikita played for his junior team throughout the season, while I was often called up to VHL and sometimes even to Lokomotiv. So Lysenkov deserved the award that season.

- In the 2018-19 season you competed for starting goaltender position with experienced Alexander Salak, even though you could still play in Junior Hockey League. Did you feel as if you were doing something supernatural?
- No, I just did my job, just at another level. We had a good relationship with Salak, there were no problems. He’s a positive person so we found common ground, did a lot of goaltending drills together, supported each other at the games and sometimes even hung out in our spare time. Alexander Lazushin has joined Lokomotiv now and so far I can say that he’s just as much of a jokester and we haven’t had any misunderstandings yet.

- You spent the entire 2018-19 season in KHL. What’s the secret of your success?
- I can give you a simple advice, which goes from one generation to another. You have to work hard and do your best to keep your nose down. Every success comes through hard work. Of course, there is a certain amount of luck involved. For example, head-coach Dmitry Vyacheslavovich Kvartalnov trusted his young players, so had played a part in the fact that I spent a lot of time in KHL.

- Jaakko Valkamaa is the goaltending coach of Lokomotiv. How do you like working with a Finnish coach?
- It was difficult at first due to the language barrier. I don’t speak English well enough. But then we found chemistry and agreed on something we wanted to achieve. So working with him next season is going to be a lot easier. I know his demands, while he knows my upsides and shortcomings.

- Did your coaching staff put any emphasis on new regulations at the training camp? For example, new rules regarding goaltending?
- Of course. We try to do everything in accordance with the new paint regulations at practices. It takes time to get used to it so we have scrimmages with new rules applied. We have a few pre-season tournaments coming up. Obviously, sometimes I still feel like skating all the way into the corner and help my defenseman if he can’t get to the puck in time, but I can’t do it as per new regulations. On the other hand, goaltenders will have less work outside of the crease, which means less mistakes.

- You were named KHL rookie of the season in 2019. Did it come as a surprise?
- Actually, it wasn’t entirely out of the blue. I was often named player of the week during the season. Although, I can’t say I was certain I would get the award, I had my suspicions. Sadly, I had to miss the award ceremony because I had to get my injury checked on in Germany. It’s not a big deal, though. It’s going to give me extra motivation to win some other award and receive it personally.

- This summer you were selected by the Edmonton Oilers in the 3rd round of NHL Entry Drafted. You were picked 85th overall.
- To be honest with you, I didn’t expect to be drafted that high – 7th among all goaltenders. I went to Vancouver. I really enjoyed the ceremony and how fans were really into it. I expected to see something like that. I ran into Maxim Talbot at hotel lobby on the draft day. Turned out he had learned that I was there and he came over to say hi. We spoke a little and he wished me luck at the draft.

- You’re among a few JHL players who are well-known to the public even before graduation from the league. Do you feel popular?
- I’m rarely go out and even when I do, I don’t get recognized often. Some folks took a few pictures of me secretly. I don’t get bothered on social media much either. Sometimes people wish me luck and thank me for the way I played. All in all, it’s really positive. Yaroslavl fans are all very kind.

- In 2019 Team Russia coaching staff included you in their expanded list of candidates for the IIHF World Championship in Slovakia.

- After Lokomotiv got eliminated from Gagarin Cup Playoffs, I spent two weeks with Olympic Team Russia. As KHL and NHL teams were being eliminated, we were getting new players. Am I frustrated about not having made the final cut? I did my job and the coaches selected the best. I mean, Ilya Sorokin was named the 2019 Gagarin Cup Finals MVP but he was only the third goaltender on Team Russia. Hopefully, I will get another chance to play for the national team.

- How different was working on Olympic Team Russia and National Team Russia?
- I worked extensively with Aleksandar Georgiyev as we were getting ready for the world championship. We went together to Sochi and Riga for exhibition games. It was a colossal experience. I looked at his level and realized what I have to aim for. I even picked up a few nuances after him. I didn’t get the chance to practice with Andrei Vasilevsky. He joined the team when I was released back to my club. You can say, I swapped places with him.

- Did you get to speak to Georgiyev off the ice?
- He told me about his life with the [New York] Rangers. For instance, the pranks they pull on rookies – they nail their shoes to the floor. We spoke about a lot of little details. For example, the equipment. NHL goaltenders use smaller pads, chest-protector and pants. Andrei Vasilevsky is bigger than me, but his equipment is smaller. It’s important. It shrinks the goaltender and he’s easier to score on. Here sometimes you get to see the exact opposite – some people stuff things under their chest-protector to look bigger.