Taifun
News
MASTERPIECES BY ABROSIMOV AND DEMIDOV, DYNAMO DOMINATION IN THE WEST. JHL WEEK ROUND-UP
ALEXANDER GUSKOV: “THERE’S PLENTY OF TALENT IN JHL. ALL THEY NEED IS A CHANCE”
“I PLAY AT THE RINK I USED TO COME TO AS A KID”. QUOTES BY TOP PLAYERS OF THE WEEK
DYNAMO DOMINATE SEVEN DAYS, TUMANOV STEPS INTO THE SPOTLIGHT. JHL WEEK ROUND-UP
BELYE MEDVEDI GET ON A ROLL, MAMONTY YUGRY WIN EIGHT STRAIGHT. OCTOBER 10TH ROUND-UP
NOT A WORD ABOUT HOCKEY. ILYA PARANIN
CHAYKA AND RIGA BLANK OPPOSITION, KRASNAYA ARMIYA AND DYNAMO WIN IN ST. PETERSBURG. OCTOBER 9TH ROUND-UP
DYNAMO MOSCOW SCORE 9 GOALS, SOAR TO ON TOP OF THE WEST. OCTOBER 7TH ROUND-UP 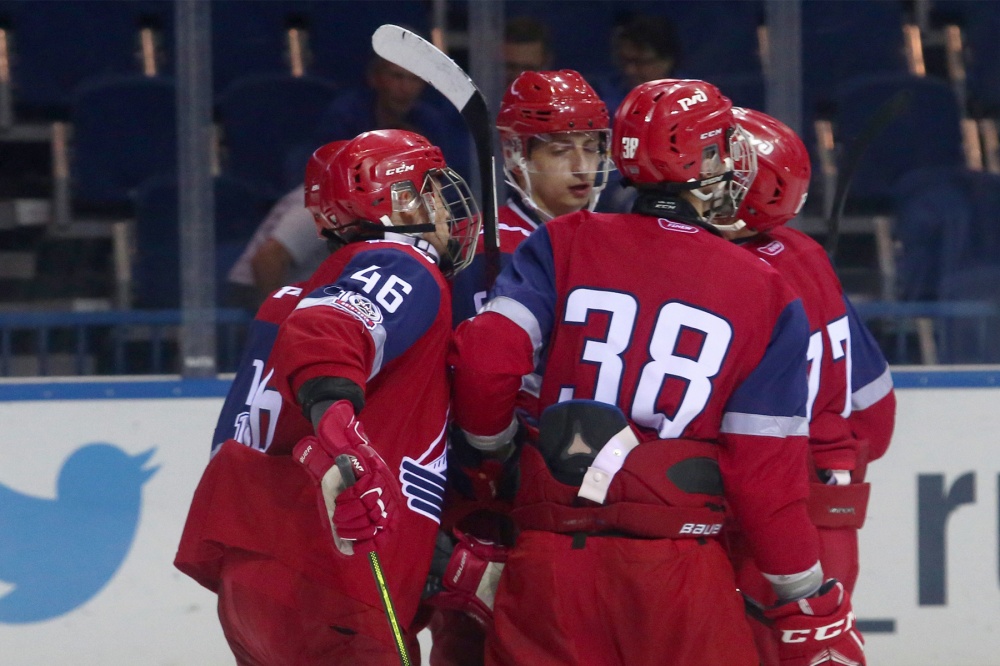 Atlant lost to U18 Team Russia

U18 Team Russia continues their preparation for Hlinka/Gretzky Memorial. In their first pre-season game they defeated JHC Atlant Moscow Region 5-1.

Daniil Guschin opened up the scoring just three minutes in. Vasily Ponomaryov converted on a powerplay, while Alexander Pashin and Artyom Grushnikov picked up the assists, which was followed by Daniil Avershin’s marker. Daniil Lazutin found the back of the net in the second period of play. Nikita Ognev got a goal back for Atlant in the third stanza.

After 60 minutes of regulation time, the teams also played one overtime period in 3-on-3 format. Dmitry Zlodeyev scored Russia’s fifth goal 21 seconds into the extra period.

Nothing separated Krylia Sovetov Moscow and Taifun Primorie Region after 60 minutes of play as they were tied 1-1. Damir Bilyalov converted on an odd-man rush in the second period to put ‘Soviet Wings’ up 1-0. Early in the third stanza home team allowed a 2-on-1 rush and Leonid Pasmanik tied it up. Ivan Bunov sniped one home in overtime to win it for Primorie Region. Krylia Sovetov prevailed in the shootout 2-1. Zubchinsky and Shumilov converted on their attempts for the winners.

Sputnik Almetyevsk played their first exhibition game of the pre-season. Almetyevsk engaged in a high-scoring matchup against Ladiya Togliatti at Yubileyny Complex. Veniamin Zitzer and Stepan Steshenko scored two goals each on Kirill Tyapkin in the opening period of play. Home team got a few goals back after the first intermission as Ainur Vadigullin and Rail Kabrov found the back of the net, while Pavel Simonov got another tally for Ladiya. Sputnik scored their third goal in the final period – Stepan Shalamov scored the last goal of the game.

Reigning Junior Hockey League champions Loko Yaroslavl faced Almaz Cherepovets in their first exhibition game of the pre-season. There was no scoring through 40 minutes of play. Anton Lukichyov scored the first goal for Loko in the third stanza, which was shortly followed by Timur Akhunov’s marker, which doubled the lead. Almaz coaching staff pulled their goaltender for the extra-attacker but it only led to Daniil Tesanov scoring on the empty net. The teams also agreed to have a shootout after the end of regulation, in which Cherepovets prevailed. Mikhail Kalashnikov was the only one to convert on his attempt.

First goal of the second game between JHC Spartak Moscow and U20 Team Belarus came in the second period – Alexander Oskin found the back of the net off Anton Mishakov’s assist. Midway through the third stanza the red-and-white were already up 3-0 as Vladislav Leschenko and Vikotr Zuyev got a tally each. With four seconds remaining to play in regulation Anton Mishakov set the final score at 4-0 in Spartak’s favor. 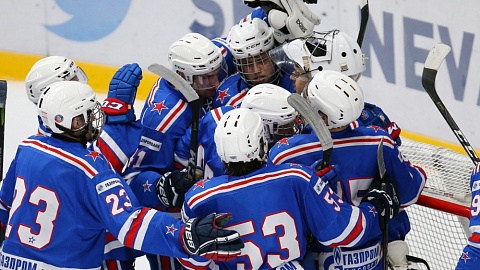 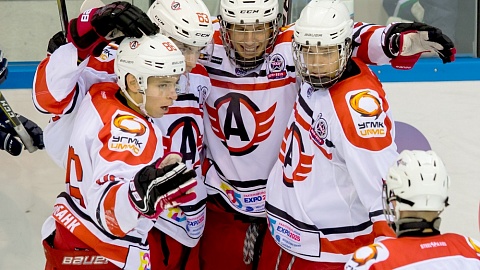 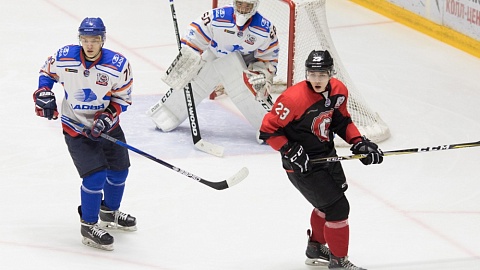