At the end of every month Junior Hockey League selected top players in every position in each conference. The process carried on through the Kharlamov Cup Playoffs as well, as we selected top three players after every round. It’s time to summarize. We present to you the 2018-19 JHL All-Star team. We have taken into consideration regular season and playoff performances, productivity and plus/minus. Players who have been named top in their position throughout the year have also made the team. We’re taking a look at the third 5-man unit in the fourth edition of the series.

While the second 5-man unit had a vast representation of JHC Dynamo St. Petersburg, our third unit consists of three Snezhnye Barsy Nursultan players. First of them is Batyrlan Muratov, who enjoyed his best Junior Hockey League season in his graduation year. He scored 43 points in 59 games and participated in the 2019 World Juniors in Vancouver, BC as a member of Team Kazakhstan. With Muratov’s help Kazakhstan were able to keep their spot in the elite division for another year. He was named the top forward of February in the Eastern Conference.

Western Conference players were setting new scoring records in the past season, while 19-year-old Artur Gatiyatov finished on top of the East in points. The forward also played for Team Kazakhstan at the 2019 World Juniors. Gatiyatov scored 24 goals and notched 42 assists for a total of 68 points in 58 regular season games. Gatiyatov played for both Snezhnye Barsy and Nomad of Kazakhstan championship in the playoffs.

Maxim Rasseikin is a center forward, who spent most of his junior hockey graduation season with KHL’s Avtomobilist Yekaterinburg. He played 44 games in the KHL and was dressed for just 8 games in the Junior Hockey League. However, everything changed in the post-season. Rasseikin led the playoffs in goals and points, playing a giant role in the success of Vitaly Solovyov’s team. Overall he scored 10 goals and picked up 4 assists for 14 points in 16 Kharlamov Cup games.

Taifun Primorie Region didn’t give their fans a lot of reason to cheer as the team did not qualify for the playoffs. However, Gleb Maltsev enjoyed a great year in his last season in junior hockey. He played just one game for Tolpar Ufa before moving to Vladivostok where he became one of the leaders. Overall he scored 25 points in 42 games and was named the top defenseman of the Western Conference.

Samat Daniyar had a stellar rookie season in the 2017-18 and certainly made a name for himself, getting invited to JHL Challenge Cup. This past season was also very productive for him. Being a defenseman, Daniyar scored 26 points in 53 games and was named the top player in his position in February in the Eastern Conference. Earlier in 2019 he also competed at the World Juniors with Team Kazakhstan. 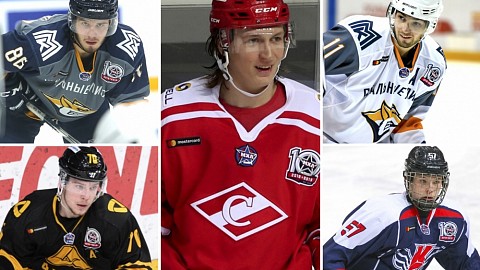 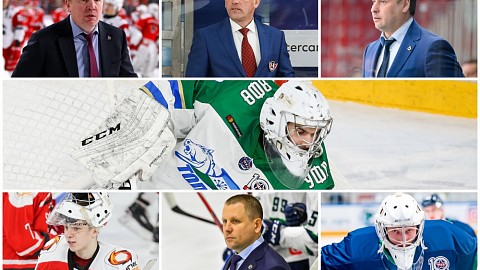 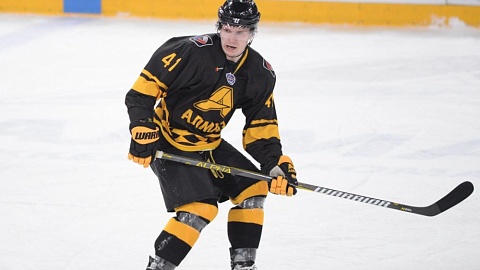