Tolpar
News
MASTERPIECES BY ABROSIMOV AND DEMIDOV, DYNAMO DOMINATION IN THE WEST. JHL WEEK ROUND-UP
ALEXANDER GUSKOV: “THERE’S PLENTY OF TALENT IN JHL. ALL THEY NEED IS A CHANCE”
“I PLAY AT THE RINK I USED TO COME TO AS A KID”. QUOTES BY TOP PLAYERS OF THE WEEK
DYNAMO DOMINATE SEVEN DAYS, TUMANOV STEPS INTO THE SPOTLIGHT. JHL WEEK ROUND-UP
BELYE MEDVEDI GET ON A ROLL, MAMONTY YUGRY WIN EIGHT STRAIGHT. OCTOBER 10TH ROUND-UP
NOT A WORD ABOUT HOCKEY. ILYA PARANIN
CHAYKA AND RIGA BLANK OPPOSITION, KRASNAYA ARMIYA AND DYNAMO WIN IN ST. PETERSBURG. OCTOBER 9TH ROUND-UP
DYNAMO MOSCOW SCORE 9 GOALS, SOAR TO ON TOP OF THE WEST. OCTOBER 7TH ROUND-UP 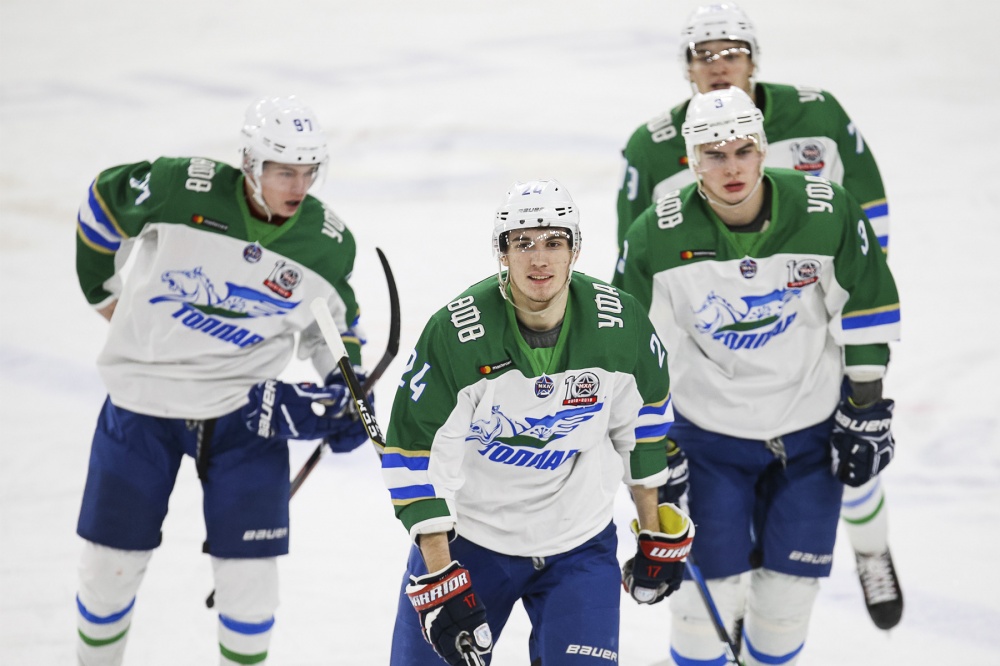 Junior Hockey League media relations department continues the series of jubilee season reviews for every team. Tolpar Ufa made it to the second round of the playoffs with almost no effort. However, Ufa couldn’t go any further as they lost to Avto Yekaterinburg once again.

Tolpar Ufa finished last season with a horrendous loss in the opening round of the playoffs as they were swept by Avto Yekaterinburg in three games. Tolpar’s best result in Junior Hockey League history is still two bronze medals in consecutive years. However, Ufa’s major junior team played decent hockey in the regular season, which gave them hope for a deep post-season run. Tolpar got off to a great start as they won six games in a row, including two victories in Khanty-Mansiysk. Not every team can boast that. It’s difficult to keep up the tempo but Alik Gareyev’s men went through the season without obvious slumps. Incidentally, Tolpar’s head-coach was invited to manage Team East at the 2019 JHL Challenge Cup.

Goaltender Daniil Tarasov, who was drafted by the Columbus Blue Jackets, spent the season in VHL and U20 Team Russia, winning bronze at the World Juniors in Vancouver, BC. Nevertheless, Ufa manage to find a replacement for him. Dmitry Braginsky enjoyed a superb rookie season in Junior Hockey League. He played a total of 41 games, posting a 1.69 goals against average and seven shutouts. Due to his stellar performance, Tolpar soared high in the standings. Anton Pachin led the team in scoring with 38 in 46 games. JHL Challenge Cup participant, Pachin has spent last two seasons on Tolpar after joining the team from Reaktor Nizhnekamsk. Alexei Pustozyorov also looked decent and enjoyed his career-season. Defenseman Nikita Anokhin and Pachin represented the club at the 2019 JHL Challenge Cup.

Tolpar got off to a tough start in the post-season. Reaktor scored two unanswered goals and stole the home ice advantage. Nevertheless, Ufa quickly recovered from the blow. The teams didn’t opt for a goal-fest either in Game 2. Home team took 40 shots on Yaroslav Ozolin but only one got past him. Midway through the opening period of play Tolpar forward Anton Pachin converted on a powerplay. There were no more goals in the game.

Tolpar too the lead in the series as they won a hard-fought Game 3 in Nizhnekamsk. The following day Reaktor had the lead twice but Ufa came back from behind as many times and finished the job with a winner in overtime.

The series against Avto Yekaterinburg proved to be more difficult, despite the same outcome (3-1). Tolpar enjoyed a solid win in Game 1 but that was their only win in the series. Avto won Game 2 in the shootout and then celebrated another victory in Ufa as they beat Tolpar 2-1. The series was decided in Game 4, which was the longest in Junior Hockey League history. The teams were tied 3-3 after regulation. The game went on for over three more periods. Pavel Voronkov won it for Yekaterinburg only in quadruple overtime. 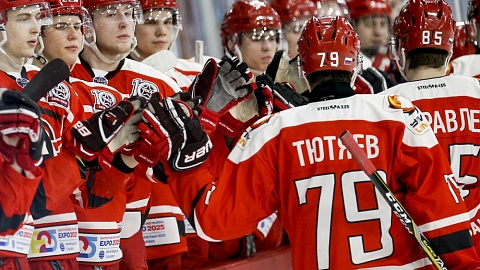 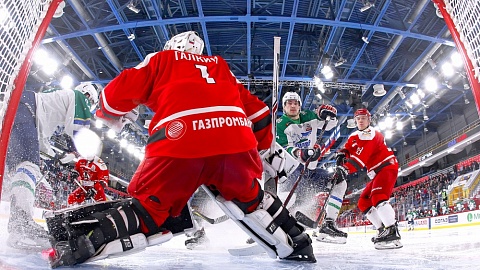