Junior Hockey League media relations department continues the series of jubilee season reviews for every team. Krasnaya Armiya traditionally didn’t have much trouble getting into the playoffs. However, the red-and-blue ran into Almaz Cherepovets in the opening round and lost the series in dramatic fashion.

Krasnaya Armiya Moscow
4th place in the Western Conference, 94 points in 64 games, 183 goals for, 112 goals against

‘Army men’ once again went through a serious rebuild in the off-season. Several players graduated from Junior Hockey League due to age requirements, while Rinat Khasanov was replaced by Albert Leschyov as the team’s head-coach. Nevertheless, that didn’t prevent Krasnaya Armiya from starting the season with seven consecutive wins. Moscow began the season just as they did nine years ago as they faced JHC Dynamo Moscow at CSKA Arena. Back in 2009 it was the blue-and-white who won the game, but this time Krasnaya Armiya prevailed. The red-and-blue are famous for their consistency in the league. They clinched a playoff spot long before the end of the regular season. Although, they finished fourth, just two points behind Loko Yaroslavl. ‘Army men’ lost most of their games to their rivals SKA-1946 St. Petersburg, who beat them four times.

Krasnaya Armiya faced Almaz Cherepovets in the opening round of the playoffs, which was expected to be a walk in the park for them. ‘Army men’ won the first two games at Leningradsky Avenue. Konstantin Shostak’s mistake was key in Game 1 as it led to Nikita Dolgopyatov’s goal, which was then followed by Daniil Anop’s marker. Krasnaya Armiya enjoyed a 3-0 win in Game 2 and went on the road determined to complete the sweep.

The black-and-yellow scored three goals in Cherepovets, while Moscow answered with just a single tally. Almaz went on to steamroll over the opposition 4-0 in Game 4 to tie the series. It all boiled down to Game 5, which turned out to be one of the most exciting and dramatic in Junior Hockey League history. Cherepovets were down 3-0 and then 4-1 heading into the third period of play.

German Grachyov began the comeback. Makar Khabarov sniped one home 13 minutes in with a shot from mid-range to bring Cherepovets back to within one. With a minute remaining to play in regulation Almaz shoved the puck into the net, but the goal was waved off after a video review due to goaltender interference on the play. It seemed that home team would go on to win but Almaz pulled their netminder for the extra-attacker and got the job done. Artyom Markov battled for the puck in the slot and put it into the back of the net to make it 4-4 and thus force overtime! The visitors edged Krasnaya Armiya in the extra period as Grachyov converted on Maxim Sorkin’s penalty. 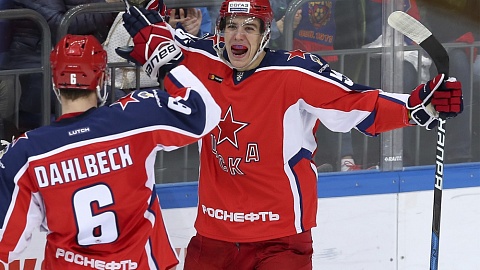 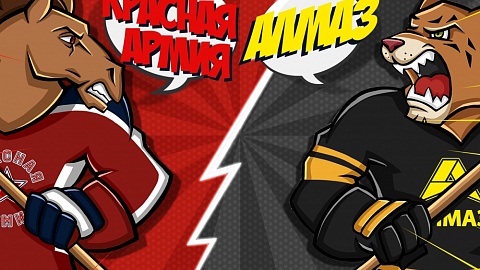 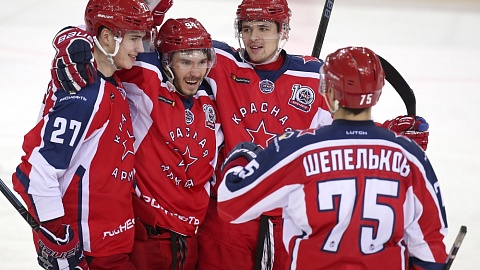