“THERE IS NOTHING TO GET USED TO. MY FATHER HAS COACHED ME FOR ABOUT 15 YEARS”. PLAYERS COMMENT ON BLACK SEA CUP “THERE IS NOTHING TO GET USED TO. MY FATHER HAS COACHED ME FOR ABOUT 15 YEARS”. PLAYERS COMMENT ON BLACK SEA CUP

Junior Hockey League media relations department spoke to the players who competed for the 2019 Black Sea Cup. SKA-1946 St. Petersburg defenseman gave his thoughts on winning the tournament, Almaz Cherepovets goaltender commented on his surprise call-up to Team Belarus, while Stalnye Lisy Magnitogorsk forward weighed in on his upcoming games under his father’s command. 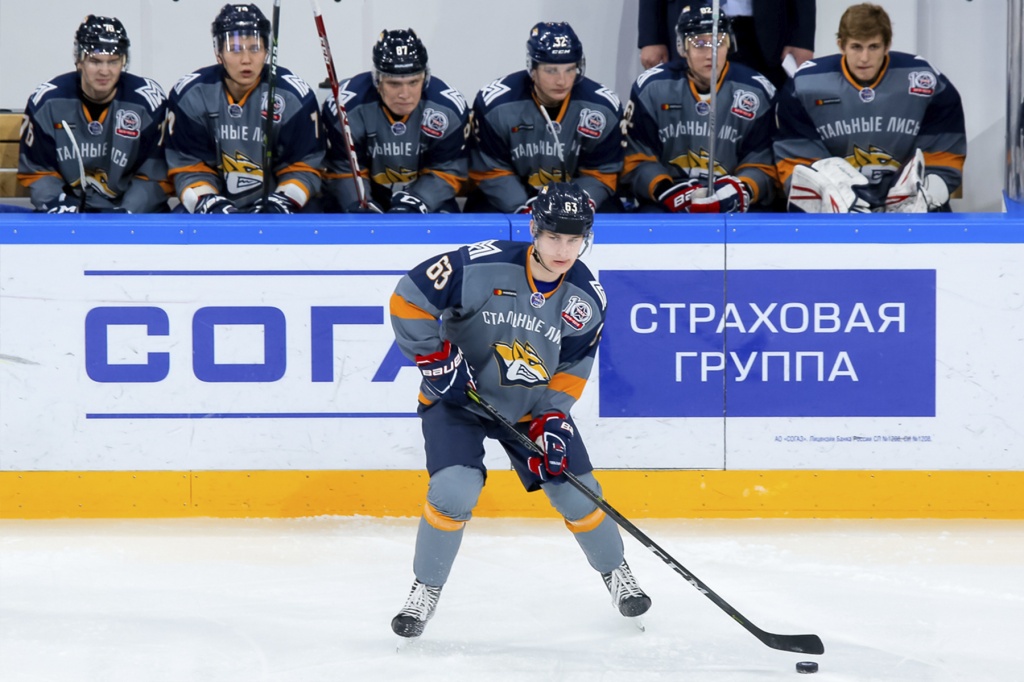 “We finished the season too early, so all there was left for us was to practice,” said Stalnye Lisy and Team Russia White forward Yuri Platonov. “So I went to Sochi in great form, especially given the fact that I had played at Four Nations Tournaments in April. Just as the Black Sea Cup, it was an exhibition tournament where coaches scouted players for the World Juniors. We allowed just one goal in three games, but that very goal didn’t let us finish first – we lost to Team Finland in overtime.”

- Your team finished second at the Black Sea Cup as well.
- Of course, it was frustrating. You want to win every tournament, whatever it may be. Besides, Team Red and Team White were more or less equal. We played several good exhibition games and little details were key in all of them.

- A lot of your Team Russia teammates were spending their spare time at the seaside. Did you get a chance to go for a swim?

- I went to the beach early into the camp and I tried to swim but it wasn’t very hot and the water was pretty cool. So I decided not to risk it anymore.

- Did you father watch the tournament games? Perhaps, he gave you some sort of advice?
- Yes, he did follow the games and gave me a few advice. It’s common practice. We discuss my performance almost after every game.

- Looks like he’s getting used to his new role as Denis Platonov is going to be one of Stalnye Lisy coaches next season.
- It wasn’t a surprise for me, he’s been moving towards it for some time. He watched a few of our games because he knows he has to be ready. In any case, it’s difficult to switch from being a player to being a coach. It’s a little odd, obviously, because last season we played with him on the same line and now he’s going to coach. But there is nothing to get used to. You can say, that he has coached me for about 15 years now. 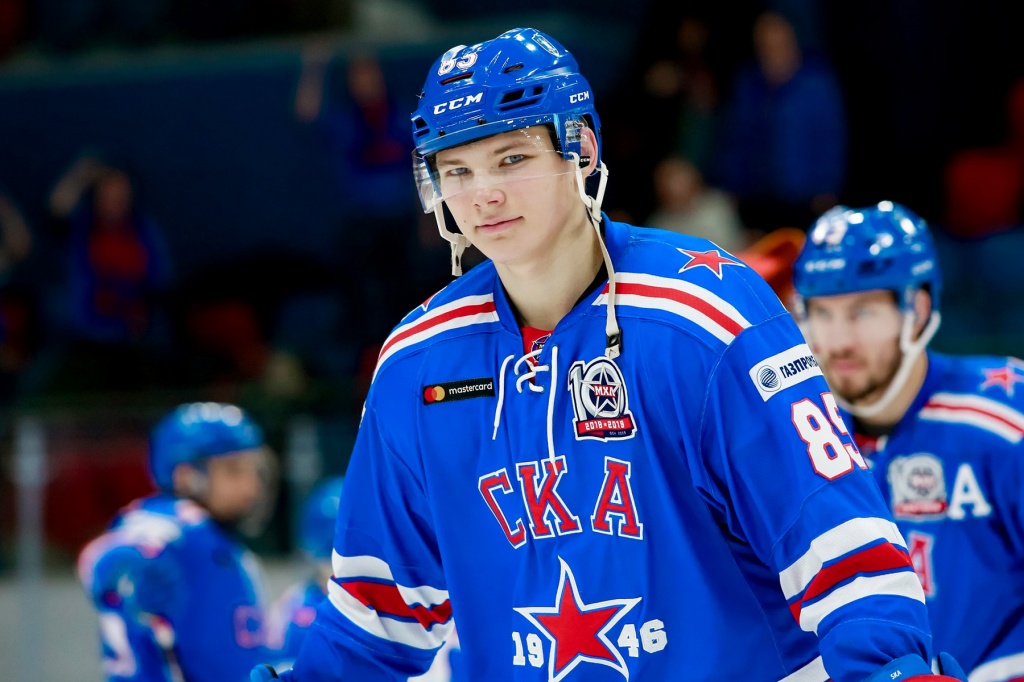 “After the season ended, I rested for a few days and then began individual practices,” says SKA-1946 and Team Russia Red defenseman Arseny Brinkman. “For instance, I would go to HockeyTown for an hour and played hockey with everyone who was up for it. I also participated in a special camp for defensemen. We had skating, shooting and stickhandling drills.”

- Aside from the official game, Team Red and Team White also had a few scrimmages, all of which ended with a 1-goal differential.
- Coaches told us at team meeting that they had divided us in two pretty equal groups. None of us wanted to lose. Everyone battled for a roster spot on Team Russia. We wanted to prove ourselves, especially given the fact that Valery Nikolayevich Bragin watched us play. It was very difficult to win by over a goal under these circumstances. There were a lot of physical battles in the game and even a few brawls. Although, off the ice everyone was friendly and there were no quarrels.

- How great was it to win the trophy?
- It was the last game of the season. I felt like winning it and going on vacation with no weight on my shoulders. Obviously, the cup is more of a symbol, so we celebrated it quietly. Besides, almost everyone had a flight to catch the next day.

- After the tournament SKA-1946 players had to attend a ceremony to receive Junior Hockey League bronze medals.
- Team management congratulated us on winning medals but they also told us that they had expected a little more. It was my first award in junior hockey. I had played for SKA-Serebryanye Lvy before that so all in all it was a decent season for me. Unfortunately, we didn’t manage to win the Kharlamov Cup. 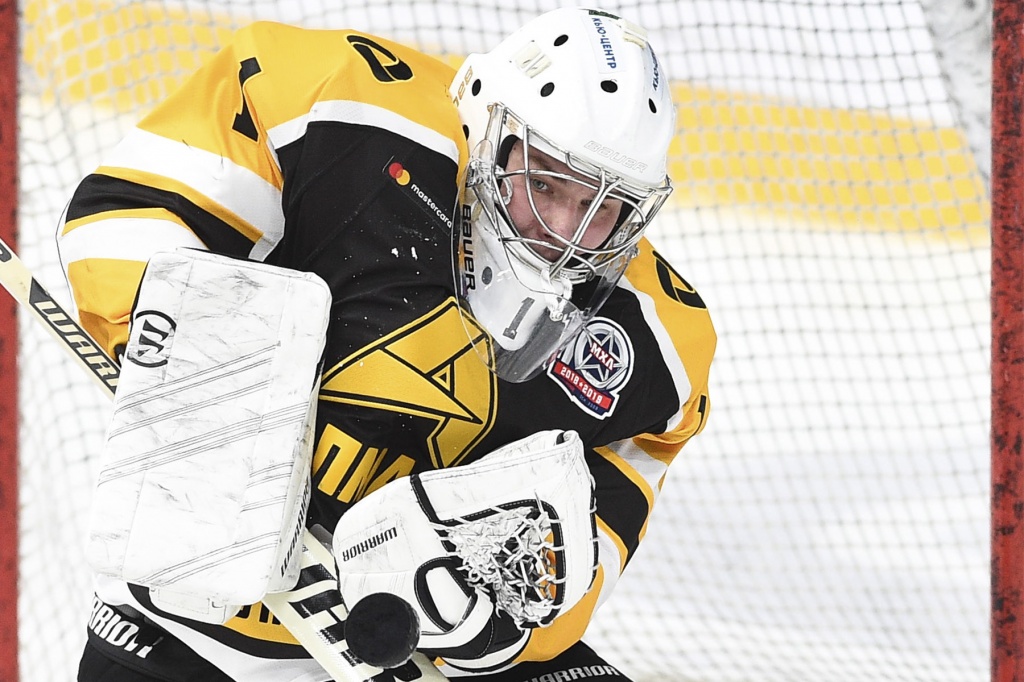 “After the season ended I continued practicing with Almaz before leaving home to Minsk,” says Almaz Cherepovets and Team Belarus goaltender Konstantin Shostak. “That’s where I got in touch with Alexei Scheblanov – a coach, with whom I had made my first steps in hockey. He invited me to Team Belarus camp. I was expecting to be invited by Team Russia at the time as there was a chance I would get to play at the Black Sea Cup. Unfortunately, the competition was too great. I didn’t make the team, so I accepted Alexei Gennadiyevitch’s invitation to play for Team Belarus.”

- But you’re a Russian citizen.
- I am. Even though I was born in Minsk, I don’t have a Belarus passport. But Black Sea Cup is not an IIHF tournament, so I could do the switch. Thanks to that I went to Sochi, got some game experience and showed to Team Russia coaches, against whom we played, that I’m able to compete at that level.

- How did your teammates treat you?
- I have known a lot of the guys since we were kids. We had played together in Minsk. So nobody was casting askew looks at me.

- Were you excited to make your Team Belarus debut against Team Russia?
- I treated it as a regular game, there was nothing special about it. Our team was unlucky on a few occasions. For example, we protected a 1-0 lead for a long time but then allowed three goals. It’s great that Team Belarus coaches praised me.

- Do you think that a team, consisted of U20 Team Belarus players, would be competitive in Junior Hockey League?
- I think, we definitely wouldn’t finish last. We would be able to play decent hockey.

- U20 Team Belarus will battle to return to elite division at their home World Juniors. Do you want to help the team come back to the elite or do you prioritize making Team Russia roster?
- I was asked that question often and I still don’t know how to answer it. I mean, I can’t play for two teams. Perhaps, one day I will have to choose and deal with issue along with my club but right now my goal is to make Team Russia. 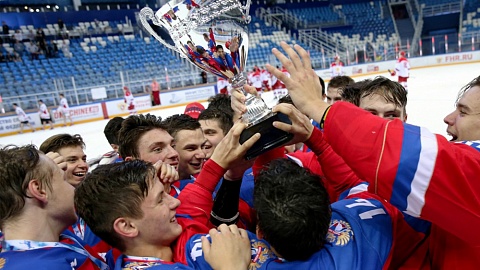 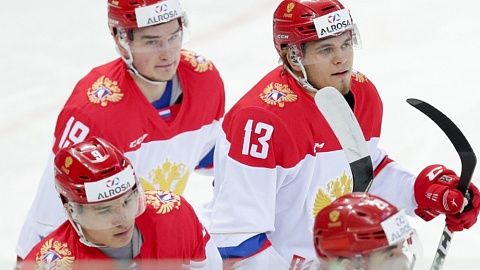 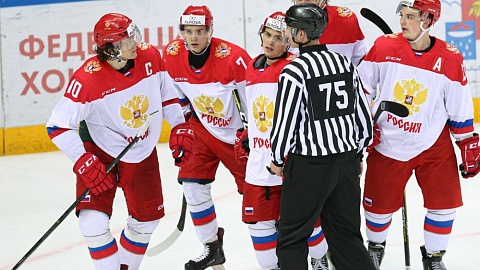