“MISYUL TORE MY JERSEY, I HAD TO WAIT ON THE BENCH”. OLYMPIC TEAM RUSSIA PLAYERS’ COMMENTS “MISYUL TORE MY JERSEY, I HAD TO WAIT ON THE BENCH”. OLYMPIC TEAM RUSSIA PLAYERS’ COMMENTS

Several Avto Yekaterinburg and Loko Yaroslavl players went to St. Petersburg right after Kharlamov Cup Finals to compete at St. Petersburg Open Cup as members of Olympic Team Russia. These hockey players spoke about how they felt like playing alongside their recent JHL Finals opponents and how difficult it was to find the strength to play for Team Russia after a 7-game series. 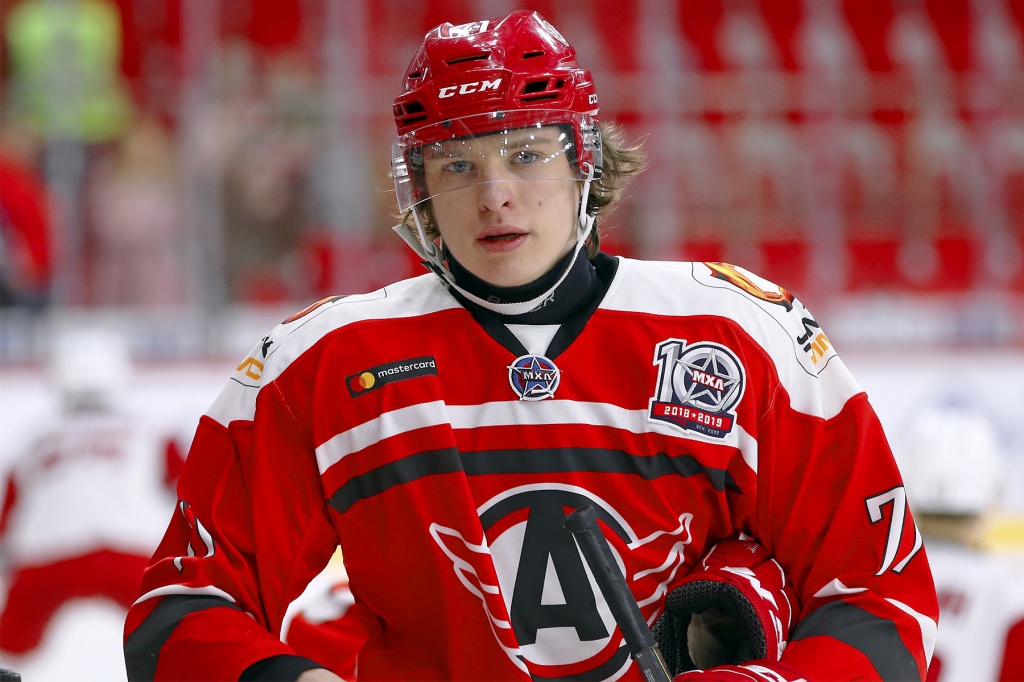 “It was my time playing for Olympic Team Russia. I have played only for junior Team Russia before,” said Rasseikin. “I found out about the call-up a few days prior to Game 7 of the Kharlamov Cup Finals so I had mixed emotions. On one hand, I was happy. On the other hand, I knew that I had to prepare well for the final game of JHL season.

“The next morning after Game 7, I was travelling with Loko players to Team Russia camp. The atmosphere was a bit nervous. After all, we haven’t fully recovered from being opponents yet. For example, Loko’s Daniil Misyul was called up to Team Russia. He had torn my jersey in one of the games. It just so happened that I didn’t have a reserve jersey. I didn’t know what to do. First I had an idea to go to Avtomobilist dressing-room and put on my KHL jersey. But it has different logos on and my name is written in English. So our serviceman quickly stitched it together. I had to wait on the bench while he was taking care of it. We didn’t talk about the incident. Actually, we didn’t discuss the final series at all with Yaroslavl players. We didn’t talk about hockey much at all. We just had a few laughs on our way.

“I knew only Loko players on Team Russia and a few of my former junior Team Russia teammates – Yegor Zaitsev and Mikhail Maltsev. Besides, just like on junior Team Russia, I worked with Oleg Vladimirovich Bratash, so there weren’t any surprises in terms of tactics and practices. Although, there was an issue that the team had been practicing for five days prior to our arrival. They had worked on their chemistry. They were ready for the tournament better than us

“I played only one game in St. Petersburg – the one against Team Serbia. The game didn’t go exactly as we’d planned – our line didn’t manage to score and everyone was a bit out of sync. I’m still happy that I finished the season there and got the chance to prove myself. I was prepared well physically and able to compete but I lacked emotions after Kharlamov Cup Finals. What did we do after the series ended? Our whole team went to karaoke to relax. Did we sing sad songs? We sang everything. All in all, we’ve had a good season. There weren’t many reasons to be frustrated.” 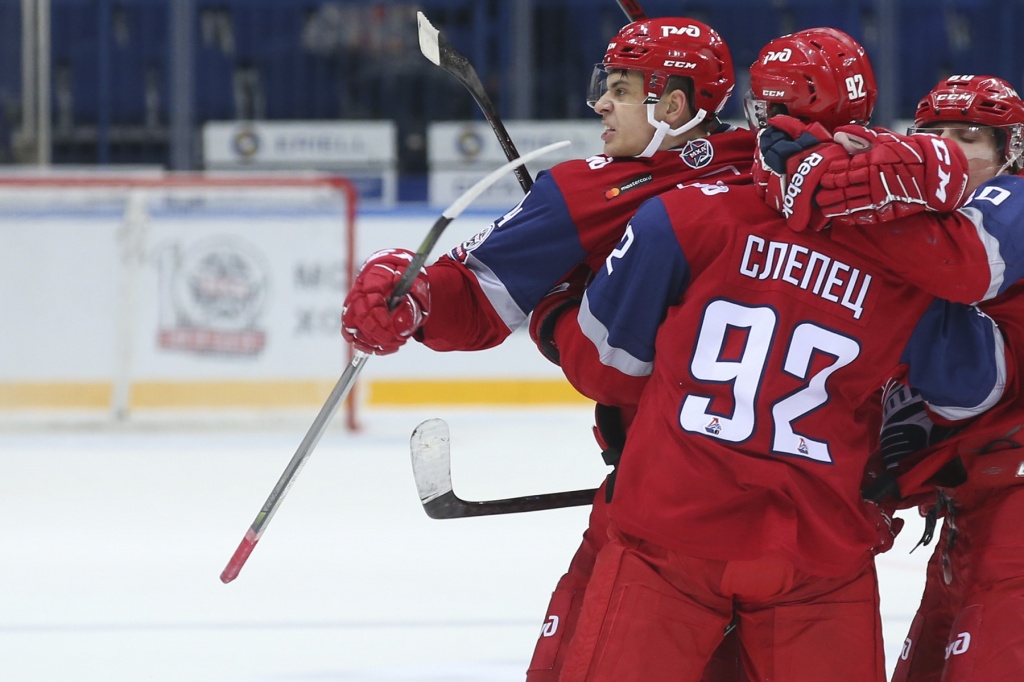 “I felt good after the final series. I was tired. I enjoyed playing hockey,” said Denisenko. “I flew to Team Russia camp with Avto’s Maxim Rasseikin. We got to know each other pretty well on the road. He’s a good guy. Kharlamov Cup Finals result didn’t affect our relationship.

“This season I had played for Team Russia at Eurohockeytour. Actually, the only difference between that tournament and St. Petersburg Open Cup was the level of competition. Nevertheless, it was a good experience for me to play against Team Serbia, Team Norway and Team North-West Federal Region. You want to win every tournament. It’s sad that I couldn’t win my first trophy as a member of Team Russia.” 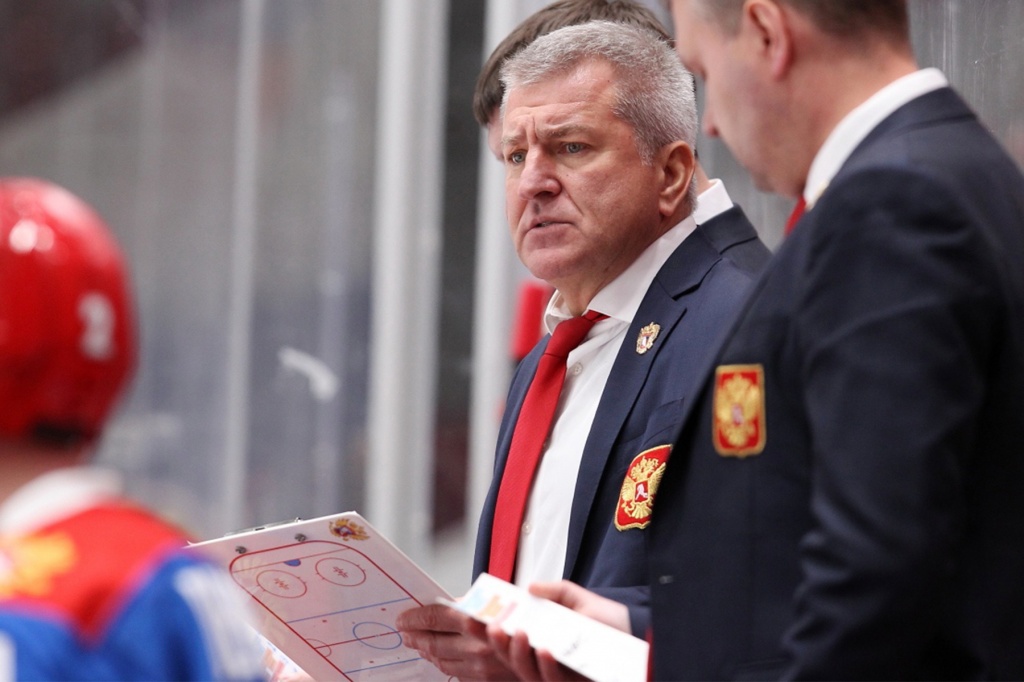 “Every tournament, in which Olympic Team Russia participates, gives us data on our promising young players,” believes Bratash. “We bring almost entirely new teams to every tournament because we want to give a chance to all young players, who get themselves noticed playing for their clubs.

“We had planned ahead to call up a few guys from Avto and Loko for the tournament. We just didn’t expect the final series to drag for so long. We thought that they would join us sooner. In the last moment we even had to call up a few other players, because the series went to Game 7. Our coaching staff followed them since March, when Olympic Team Russia began preparing for the tournament, but gave them a chance to prove themselves in Junior Hockey League playoffs and compete for Kharlamov Cup. Obviously, after the 7-game series the guys were drained physically and psychologically, so they could show everything they capable of.”