“I WOULD GIVE UP ALL PERSONAL AWARDS FOR THE CUP”. AVTO COMMENT ON GAME 7 “I WOULD GIVE UP ALL PERSONAL AWARDS FOR THE CUP”. AVTO COMMENT ON GAME 7

Avto Yekaterinburg head-coach and players comment on Game 7 of the 2019 Kharlamov Cup Finals. Yekaterinburg lost the deciding game and for the first time in franchise history finished the season with silver medals. 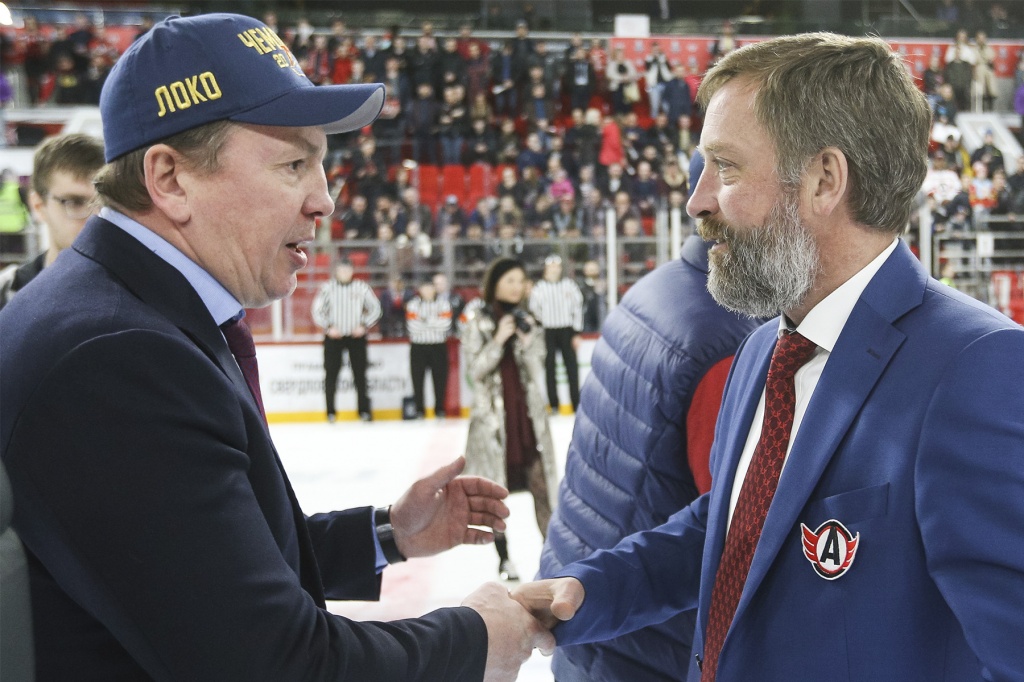 “It’s great feat to pull off to come back in the series from down 2-0. This team pulled off miracles this year. Our greatest achievement was that we managed to bond. The boys worked hard collectively, nobody was playing by himself,” believes Solovyov. “Yes, we lacked skilled players sometimes but we had a great group of guys. Tonight we battled. We made just one mistake and lost the game 1-0 because we couldn’t score. I will never forget the last minutes of Game 6. After [Artur] Kayumov scored, we obviously were in a bit of a stupor. But take a look at the statistics – we were outshot 45 to 17. We were getting lucky before that and then somebody cursed us in the final two minutes (laughs). We weren’t taking many shots in previous games and yet were winning. This time it was the exact opposite. Loko’s goaltender played great. Vladimir Galkin joined our team from junior hockey school league last season. We took him with us to a camp in Kazakhstan. He played really well in Astana and then posted two shutouts in Ust-Kamenogorsk, literally gnawing himself a place on the roster. Top players get to play on my team. No roster spot is for sale. That’s why he was our starting goaltender and he did well.

“I would rather prefer to talk to you under different circumstances but I have to tell you this – I’m very grateful to our team management. The organization made a huge step forward. The boys have excellent conditions for growth here. We’re building a new academy and I’m certain that hockey is going to grow in Yekaterinburg. I’m grateful to the boys for making my return to my hometown triumphant. The credit is theirs. After everything that’s happened in Sverdlovsk Region, I hope that hockey boom is going to continue. I worked with players, who were born in 1992, and they won the first Kharlamov Cup. My son was amongst them. Lately Western teams won more cups but we have proved that the East can battle as equals with them. Nobody believed in us neither before the series against SKA-1946 [St. Petersburg], nor prior to the finals. This season everything was against us. This junior team is making progress. Last season we finished fourth and now we’re second. Sverdlovsk Region has always been competitive but then we hit a slump due to closure of several hockey schools, players’ departure and financial problems. Today we have team management that brings hockey back to life.” 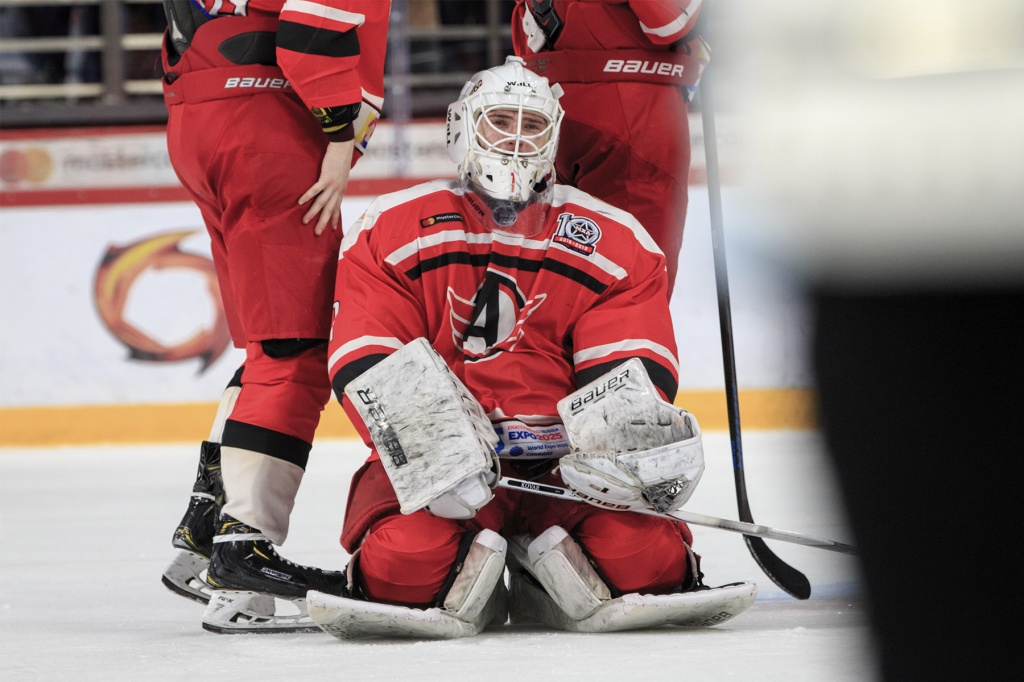 “I would give up all personal awards for the cup,” said Galkin. “As they say, personal awards are great but it’s all about winning the championship title. When you’re a champion, nothing else really matters. I would be happy to allow 19 goals every game if it meant my team would win. When I see people in the stands with posters that say ‘Vova stops it’ – I get goose bumps. It’s so great to see, it makes me cry. I wasn’t called up to KHL team often but I’m going to work on that.” 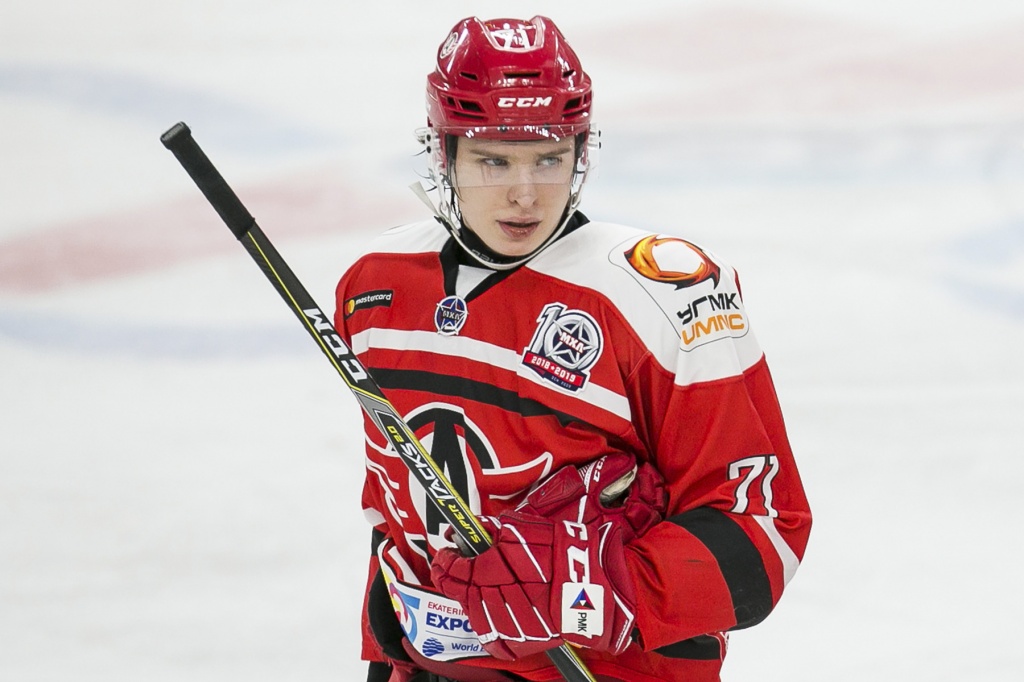 “Everyone had a decent playoff run. We played well this season. Nobody expected us to do so well, nobody believed in us and we went really deep,” said Rasseikin. “I’m proud of our young players. They didn’t seem out of place and they contributed. It’s pointless to be frustrated about what happened in Game 6… I don’t know what to say. I feel empty inside. I can’t belive that we lost that way. I wouldn’t say that Loko played better. We proved there’s nothing special about them. We tried to simplify our game and we did well. We were losing and needed to attack. We created chances and took a lot of shots but Loko focused on defense. We made it tough on them to defend.

“You need to be persistent for your team. Our coach always tells us not to respond to provocations. I got used to it after the series against Snezhnye Barsy [Astana] – nobody played as hard as them. I wanted to score in the last game. As one of the older players on the team, it was my job. Obviously, I felt angry because nobody believed in us. It motivated us even more when nobody believed in us after the opening round, and then nobody believed in us after the second round. They said we were going to be swept 4-0 in the finals. It only helped our cause. We proved that regular Ural guys can be just as good as Western players. Our coach told us that we did a great job and we accomplished something big. I didn’t see anybody taking their medals off after that final.”