ALEXEI MOROZOV: “THE FINAL WAS THE GEM OF THIS MILESTONE JHL SEASON”

Kharlamov Cup
Interview
ALEXEI MOROZOV: “THE FINAL WAS THE GEM OF THIS MILESTONE JHL SEASON”
Share

“That’s what makes junior hockey so exciting – you can never guess how a game or the whole series is going to pan out,” said Morozov. “The finals featured two solid teams and every game was a thriller. The game was sold-out tonight. A lot of fans came to support their team. We also saw a lot of fans in Yaroslavl. All in all, we’re happy with the way the milestone season went. The final was its gem. As tradition goes, we invite Loko to participate in Junior Club World Cup, which is going to be held in Sochi just before next season. We expect them to play just as well.

“Avto players proved they are a great team. They made it to the finals and beat some serious opponents along the way. They were down 2-0 in the series but then won three games in a row and tonight it was just a single goal that decided the fate of the game. They have a lot of good players on their team. They deserved to play in the finals. Take a look at Vladimir Galkin. He was solid throughout the playoffs and was remarkable in this series as well. Loko win their third trophy in four years. It’s obvious that the club’s junior hockey school works well and lots of talented players graduate from there every year. They have built a great vertical. Their junior team has everything it needs for players to develop, get a lot of game experience and get ready for professional hockey.

“We are very happy that the 10th season final series turned out to be so exciting. The series went to deciding Game 7. The season on the whole proved to be exciting. New records were set and we presented the fans with licensed JHL merchandise. Of course, there’s always room to grow. We need to officially close the season now and give out awards to its heroes.” 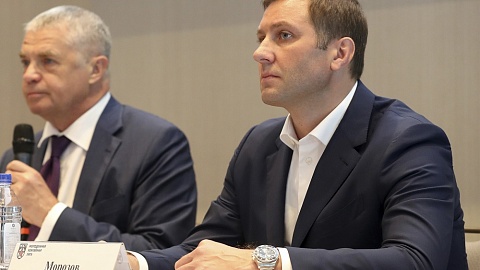