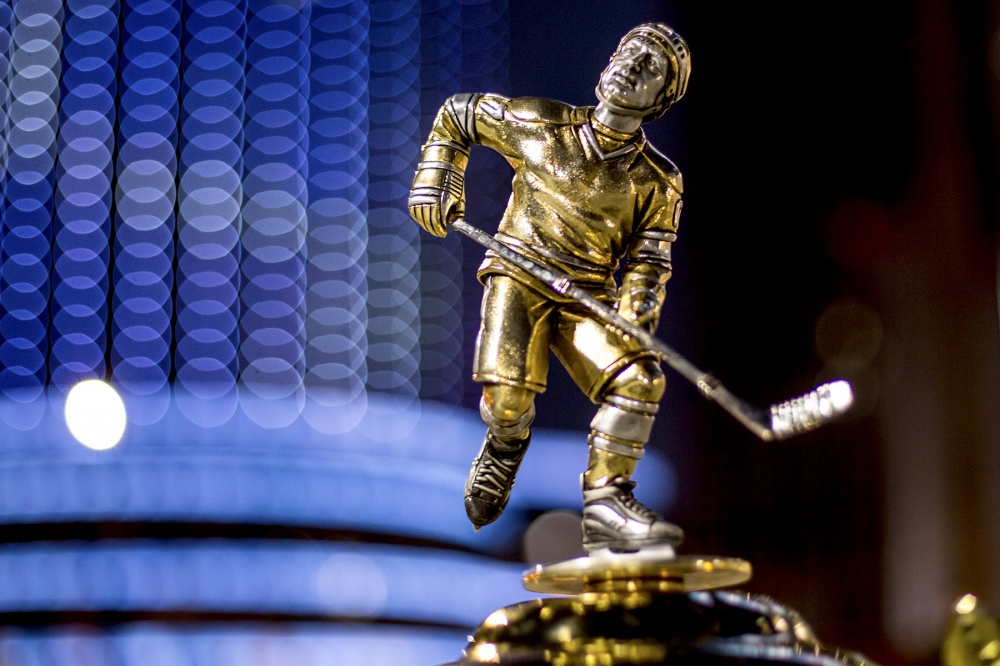 Today, April 24th, 2019, 10th Junior Hockey Season Kharlamov Cup champion will be crowned in Yekaterinburg. Local Avto lost the opening to games of the series to Loko Yaroslavl, but then bounced back with three consecutive victories. However, ‘railway men’ salvaged Game 6 in the dying minutes of regulation and won it in overtime. The series will be decided in Game 7 at CEC Uralets.

This the third series in Junior Hockey League history to go to Game 7. Neither of the teams had participated in the previous 7-game series. In the 2012-13 season then reigning champions Omskie Yastreby faced JHC Spartak Moscow in the finals. The series followed a scenario similar to this season’s. Omsk won the opening two games of the matchup but that didn’t faze Spartak. They won three games in a row at their home rink, which was made possible by that year’s regulations. IPS Sokolniki set their new attendance record in the series. A crowd of 4,127 fans came to see Game 5 between Omskie Yastreby and JHC Spartak Moscow.

Last two games of the series were held in Omsk. The ‘Hawks’ soared past Moscow 6-1 in the first bout and Game 7 went to overtime. The teams were tied 2-2 when Kirill Rasskazov’s shot brought 10,318 fans, who came to Omsk-Arena to support their favorites, to their feet. Omsk began the first team to win Kharlamov Cup twice. Five years later Loko Yaroslavl will repeat the feat.

Spartak weren’t crest-fallen after such a devastating loss. A year later the team, which was struggling financially, once again made it to the finals where they met their arch-rivals Krasnaya Armiya Moscow. JHL’s fifth final turned out to be all-Moscow and became one of the gems in the history of Russian junior hockey.

Spartak won Game 1 but ‘army men’ blew past the opposition in the following bout 7-0. The red-and-blue won Game 3, while the red-and-white won hard-fought Game 4 in overtime. The teams traded wins after that again and the series went to deciding Game 7, which was held at CSKA Ice Palace.

Maxim Tretiak and Alexander Trushkov faced each other at the opposite ends of the ice. Both had recently returned from U18 IIHF World Championship where they had represented Team Russia. Spartak scored three goals and established a solid lead with just nine minutes remaining to play in regulation. Andrei Kuzmenko scored a pair of tallies to ensure a nail-biting finish but that’s all ‘army men’ could get in that game. Spartak got their first championship title in franchise history, hoisted the Kharlamov Cup and went on to add an international trophy to their silverware as they won Junior Club World Cup the following summer in Ufa.

Hockey pundits unanimously favored Loko Yaroslavl in the 10th Kharlamov Cup Finals, despite the fact Avto Yekaterinburg eliminated from the playoffs no other but the mighty SKA-1946 St. Petersburg, who had competed in the previous season’s finals and finished on top of the Western Conference this regular season. Vitaly Solovyov’s men struggled early in the series as they lost both opening games in Yekaterinburg, even those they had the lead in both bouts and could have ended up winning them. But everything turned upside down in Yaroslavl. Vladimir Galkin refused to let in more than a goal per game, while Avto leaders beautifully capitalized on their scoring chances.

Yekaterinburg went on to win three consecutive games. Avto could have hoisted the cup in Game 6 in Yaroslavl but failed to hold on to the lead 2-goal lead established by Maxim Sedov and Maxim Rasseikin. Artur Kayumov finally got one past Galkin with two minutes remaining to play in regulation as he sniped it top-shelf and in the final minute of the period Kirill Slepets tipped the puck home on Grigory Denisenko’s shot from the blue line to force overtime.

‘Railway men’ finished the job in the extra period of play as Georgy Ivanov found the back of the net and ensured the third Game 7 in the history of Kharlamov Cup Finals. The game is likely to be sold-out as it will be held at CEC Uralets.

Game 7 of the series between Avto Yekaterinburg and Loko Yaroslavl will take place tonight, April 24th. The puckdrop is at 4-30pm. You can watch the game live on KHL TV and KHL TV HD as well as at the official website of Junior Hockey League.