“WE JUST BELIEVED IN EACH OTHER TILL THE END”. PLAYERS AND COACHES COMMENT ON GAME 6 Avto
News
Yaroslav Likhachyov – Most Valuable Player, Khasanov – Best Coach. 2021/2022 MHL award-winners
Maxim Krovyakov – 2021/2022 Playoffs Most Valuable Player
SKA-1946 win first championship in their history! Michkov scores game winning lacrosse-style goal
Krasnaya Armiya vs SKA-1946 in the finals! JHL deciding games schedule
“I’ll try to make it to the senior team.” Yaroslav Likhachyov finished his JHL career with a team’s record
The talent of the CSKA system rocks in the JHL playoffs. Agatha Christie helps Prokhor Poltapov prepare for games
“It’s a shame that three years in the JHL flew by so fast” – Matvei Kokovin lost a bet to Alexei Shevchenko as the White Bears failed to qualify to the playoffs
“I gave myself a choice: either to get stronger and move on, or to quit hockey” – SKA-1946’s leader talks about his season, social media, and hockey life

“WE JUST BELIEVED IN EACH OTHER TILL THE END”. PLAYERS AND COACHES COMMENT ON GAME 6

Loko Yaroslavl and Avto Yekaterinburg players and coaches comment on Game 6 of the 2019 Kharlamov Cup Finals. ‘Railway men’ enjoyed a win in hard-fought fashion and thus forced Game 7, which will take place in Yekaterinburg on April 24th. 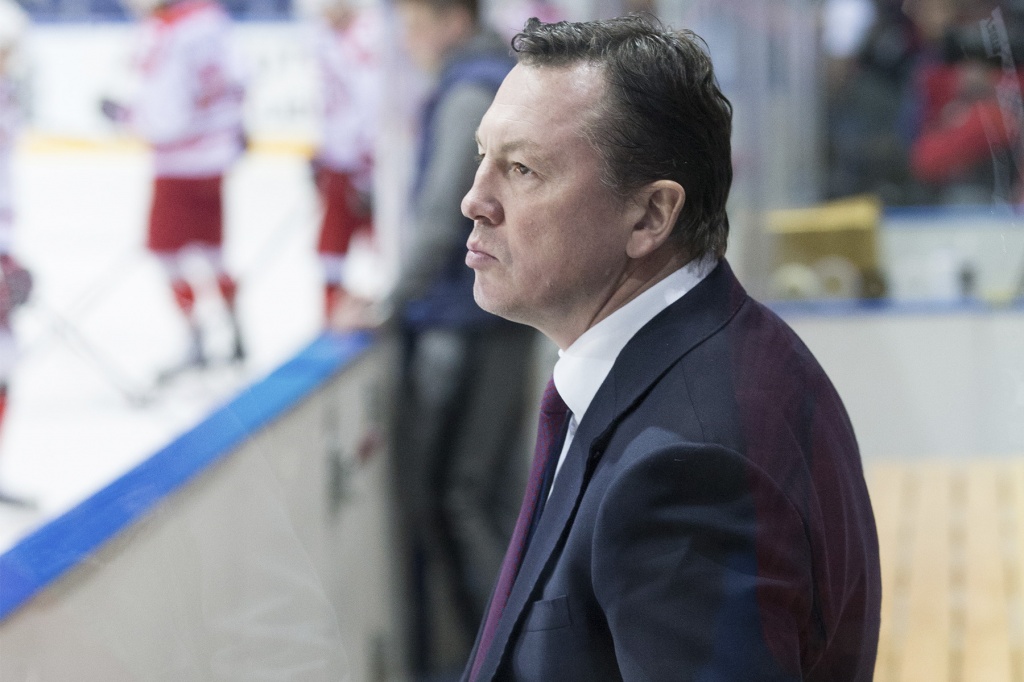 “Our opponents did well defensively tonight. They played very tight. It’s difficult to wade through such defense,” said Krasotkin. “As always, we made a lot of mistakes. Nevertheless, I’m grateful to my boys – they scored the goals we needed when we asked them to. They deserve being praised for the last two minutes of the third period! I’m grateful to them for this win in a hard-fought game. It’s a great feeling to win in such fashion. It was one of the most intense and emotional games in all of three final series of my career. We believed we could get the win even when we were down 2-0. We pumped ourselves up, showed fighting spirit, stoutness and will.

“We said almost nothing to our boys before the overtime. They knew well already that they couldn’t afford another loss at home and lose the series at our rink. There’s only one game left in the season to play. The team that will have better nerves and luck on their side is going to win it. It’s going to be a difficult game.” 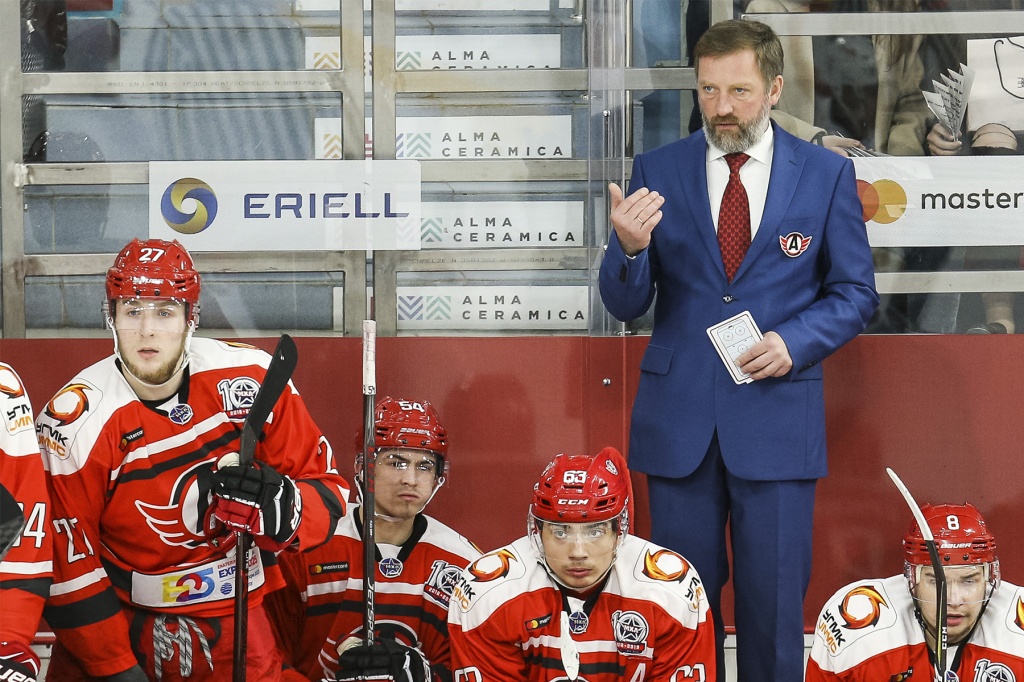 “At a certain point we lost concentration. Perhaps, some of us were already hoisting the cup in their heads,” admits Solovyov. “We play a skilled team for the second consecutive series. Their skilled players make all the difference. We did our best to contain their top players. We point out the importance of that aspect. Our boys battle hard.

“Everyone was really sad in our dressing-room heading into overtime. We tried to calm the boys down but we failed at that. It’s not the end of the world. In our previous series we lost Game 6 to SKA-1946 [St. Petersburg] 6-1 and yet still came out on top in the end. Obviously, neither coaches, nor players have much strength or emotions left in them. Although, we’re hoping to get support from our fans in this deciding game. We shouldn’t change anything for Game 7. Our tactics works. After all, no one thought that we were going to make it to the finals and battle with Loko [Yaroslavl] in Game 7. We play the brand of hockey, which we should in order to able to compete with a skilled team.

“After the game I told the boys in the dressing-room that we had already put on a decent show this year. We played the longest game in Junior Hockey League history against Tolpar [Ufa] and presented our fans with their first Game 7 in the final series since 2014. This is all for you, fans!”. 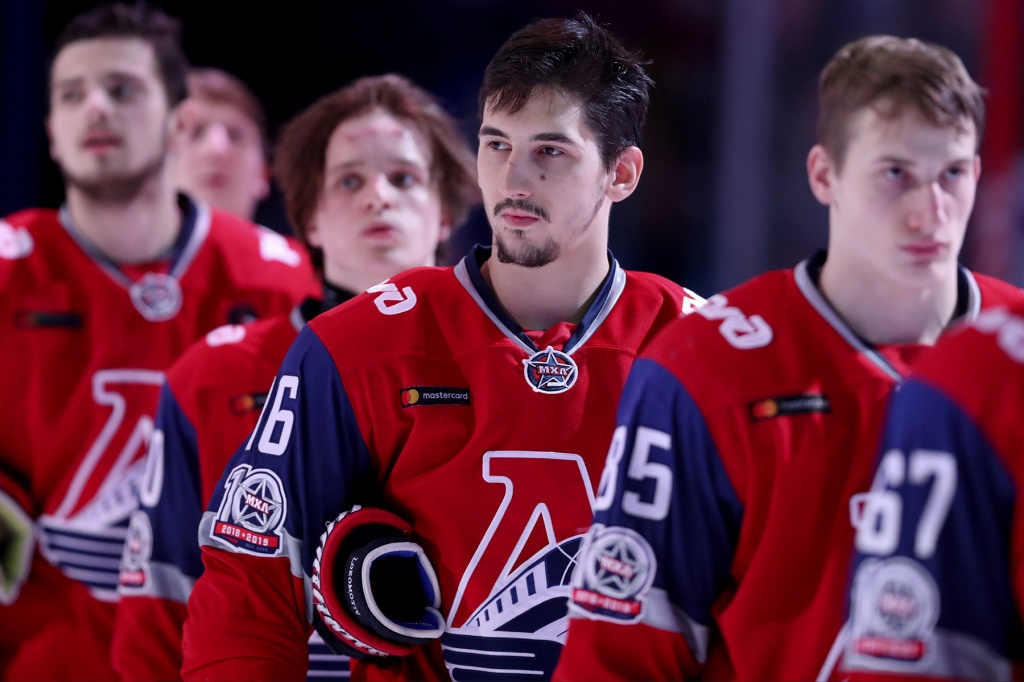 “Hopefully, our poor performance in the beginning of the game stems from the fact that we got a young team. We have just a few experienced players. Nevertheless, we managed to grab the momentum and proved ourselves as leaders.

“Strength is draining from us with every passing game. We had no right to lose in front of our fans. Especially, for the fourth time in a row. Was that a pivotal moment in the series? I think so. I was glancing at Avto’s bench late in the game. They were already looking at the cup and smiling. That’s when I knew that we were going to win the game. This win is going to give us a push. Besides, it’s easier for us to play on the road. Emotions are going to be on our side. I haven’t never been a part of a Game 7 in my career. To be honest with you, I still can’t believe that we tied the series. So I’m not thinking about next game yet.” 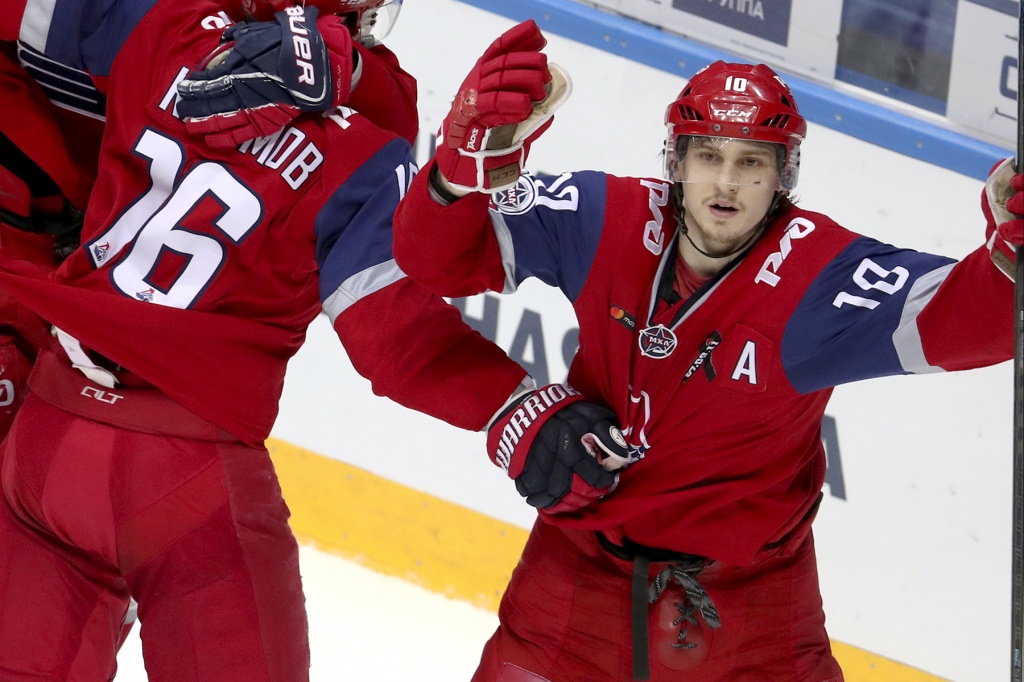 “The most important thing was not my game-winning goal but the fact that we managed to turn the game around and tied the series,” says Ivanov. “We just believed in each other till the end. I’m grateful to all my teammates for this win. We had to play with cooler heads early in the game and get rid of chaotic plays. We need to rest now, get some sleep, recover and learn from our mistakes. Because tonight we spent a lot of strength and emotions.” 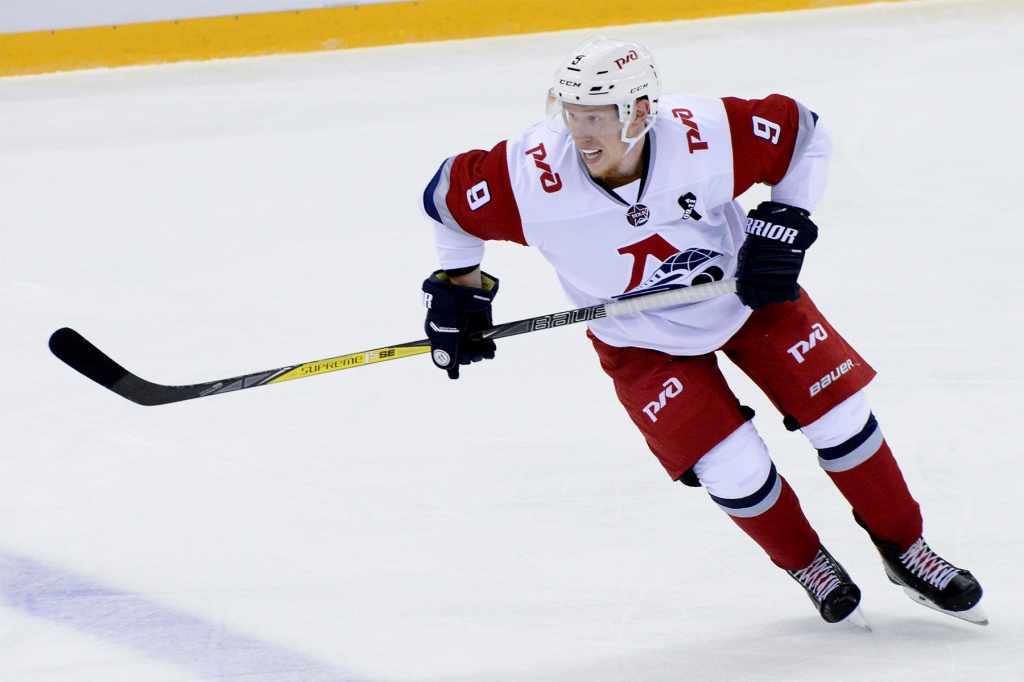 “I want to thank all our fans for their support and for staying with us till the end of the game,” says Gromov. “In the end all of our effort led us to one goal and then to the other. It’s the work that gave us what we got. We take a lot of shots but score very few goals. I think tonight it’s was the psychological barrier that we needed to get over most. We scored three goals tonight. We quit banging our heads against the wall and got past it.

“We didn’t feel nervous in overtime. The colossal support of our fans went a long way. We spoke in the dressing-room in the intermission, got our heads in place and came out ready to win in overtime. It’s difficult to pin-point the exact moment when believed that we would get back even in the series. I kept believing in it despite everything, because hockey history has seen a lot.” 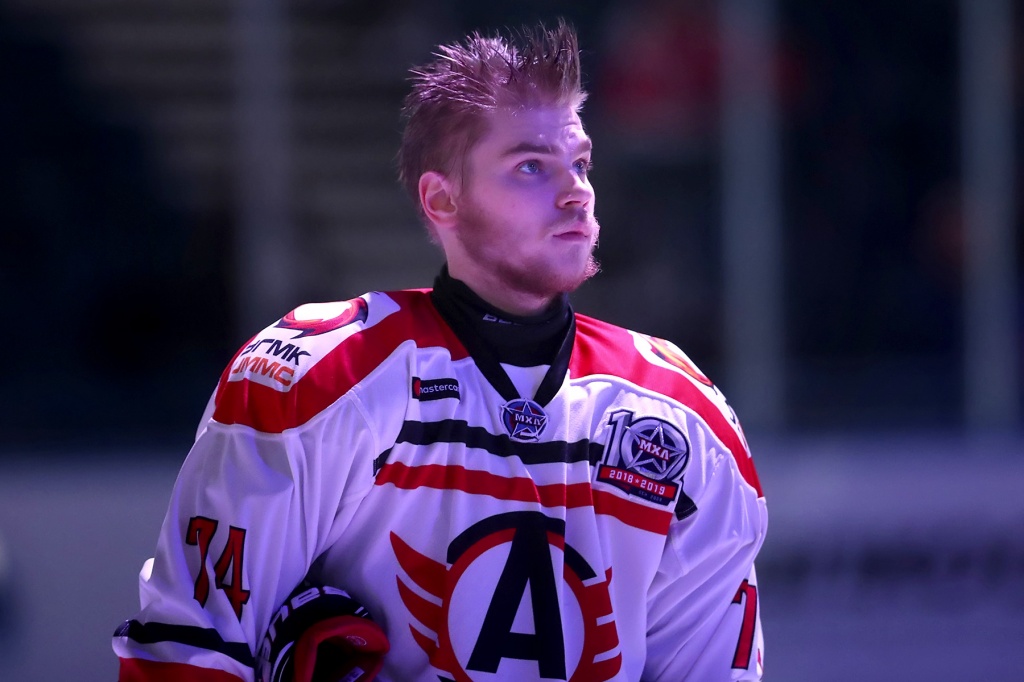 “I don’t know what happened to us in the final minutes. We had to pay for weak plays in the dying moments of the game. We thought that we won too soon,” says Perelyayev. “I can’t say that Loko got lucky tonight – both teams did their best and played hard. We had to block their shots, make everything possible to not let the puck get to our net and let the opposition tie the game.

“We’re going to do everything that’s possible to win the series in Yekaterinburg and win the Kharlamov Cup. We already have had tough games in this playoff run. For instance, we have dug ourselves out of a similar difficult situation in St. Petersburg. So we don’t feel nervous. Everyone feels the support of his teammates and believes in himself.”