ONE STEP TO UPSET. AVTO WIN THEIR THIRD GAME OF THE SERIES

ONE STEP TO UPSET. AVTO WIN THEIR THIRD GAME OF THE SERIES

Game 5 of the 2019 Kharlamov Cup Finals took place on April 20th in Yekaterinburg. It was the first game of the matchup to go to overtime, in which home team prevailed. Avto enjoy their first home win of the series and go back to Yaroslavl with a chance to win the cup.

Avto beat Loko in overtime of a hard-fought game 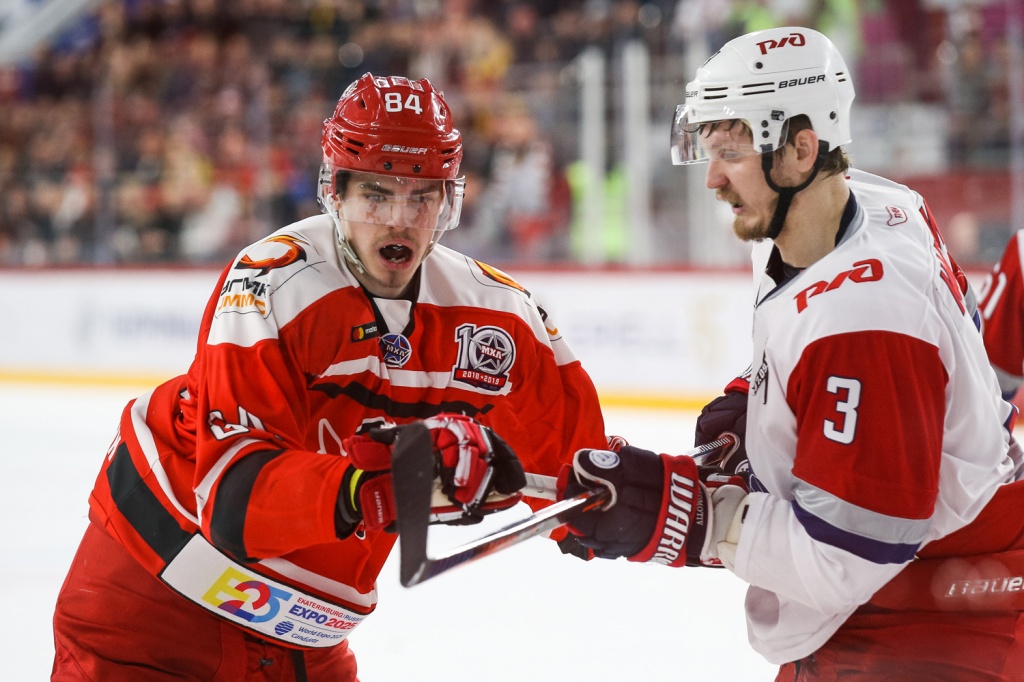 Loko Yaroslavl forwards said after Game 4 that they knew how to solve Yektarinburg goaltender Vladimir Galkin, who has been lights out in the series. It took ‘railway men’ just ten seconds to prove it – Artur Kayumov gained the zone after a won face-off, made a cross-ice pass to Georgy Ivanov, who one-timed it home. Loko played solid hockey until the end of the period, spending a lot of time in the offensive end. Home team had to chip the puck out for about half of the stretch and only late in the period did they manage to give Vladislav Okoryak some business.

While first period featured very few stoppages of play (the teams put it away in just 25 minutes), game officials stepped into the spotlight in the second frame and gave out eight penalty minutes to both competitors. It all began with Maxim Sedov getting a double-minor – ‘railway men’ were peppering Galkin with shots, several of which took Kirill Slepets. When it seemed that home team had killed off the penalty, Alexander Fyodorov laid a late hit on Georgy Ivanov, who had the only goal of the game, giving the visitors two more powerplay minutes. The visitors spent the remainder of the period shorthanded – they even had to kill off a 5-on-3, but the score remained unchanged.

Early in the third stanza Daniil Misyul got a minor for roughing. Yaroslavl defenseman decided to get under the skin of Maxim Rasseikin – top player of Yekaterinburg. However, the latter opted not to drop the gloves. It took Vitaly Solovyov’s men just 23 seconds to convert on the ensuing powerplay – Alexander Sevostyanov teed it up at the blue line and rifled it home past Okoryak, who was screened by Alexander Fyodorov.

In the final minutes of the period Loko were closer to scoring a goal. Nikita Anokhovsky had one of the best scoring chances – the puck bounced to Vladislav Chervonenko after his shot who couldn’t bury it into the wide-open net as the puck hit Vladimir Galkin, who had been behind the play, then ricocheted into the post and finally was cleared from the goal-line by Avto defenseman. In the following shift Daniil Misyul took a dangerous shot off a centering pass from behind the net by Grigory Denisenko but Galkin stopped it with his glove. 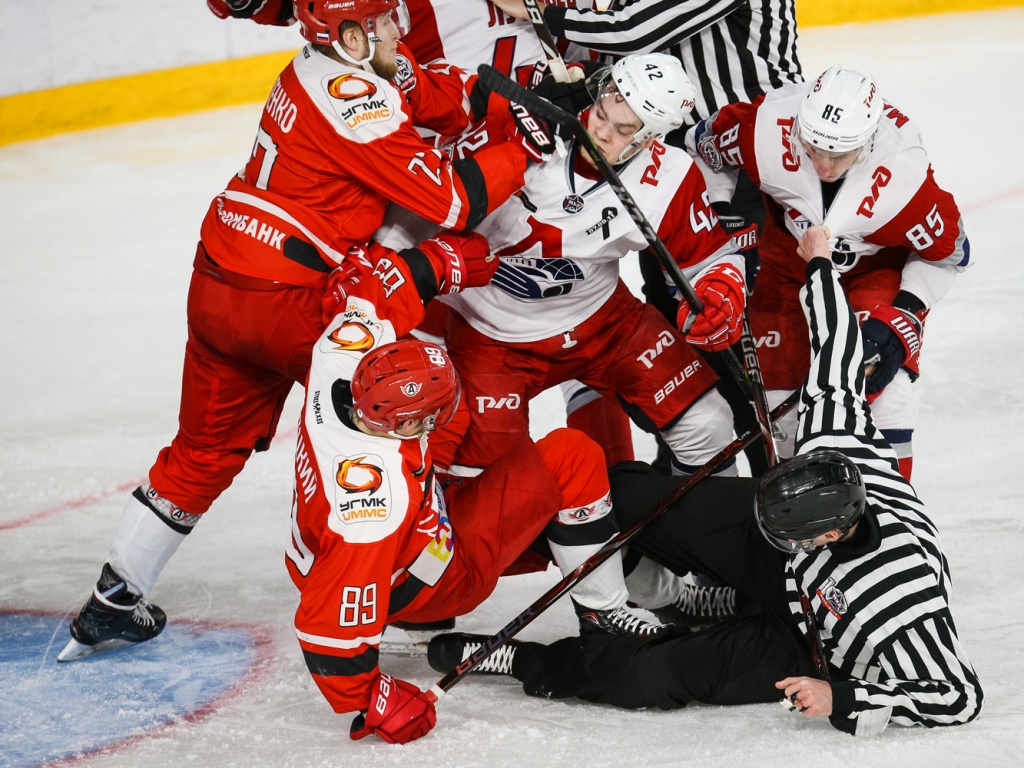 The game went to overtime for the first time in the final series and it began with Maxim Rasseikin getting a minor penalty. Two Loko’s special teams created one scoring chance after another and yet failed to convert on the powerplay. Avto forward Daniil Zaitsev ended the game with two minutes remaining to play in the extra period – Anton Lukichyov lost Zaitsev in the slot and let him tap it home on the rebound on Alexander Derbenyov’s shot.

“Persistence, resilience and fans – that’s the foundation of tonight’s win,” said Vitaly Solovyov after the game.

Yekaterinburg get their first lead of the series and will have a chance to hoist the Kharlamov Cup this Monday. Dmitry Krasotkin has two days to as he puts it ‘screw the heads of certain players back in place’. Reigning champions have run out of room for mistake. 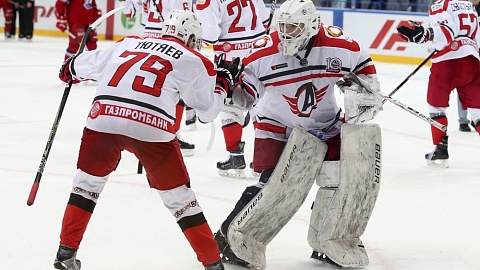