“THESE GUYS ARE BECOMING STARS RIGHT NOW”. PLAYERS AND COACHES COMMENT ON GAME 4 “THESE GUYS ARE BECOMING STARS RIGHT NOW”. PLAYERS AND COACHES COMMENT ON GAME 4

Avto Yekaterinburg and Loko Yaroslavl players and coaches give their takes on Game 4 of the 2019 Kharlamov Cup Finals, which the visitors won and tied the series 2-2. 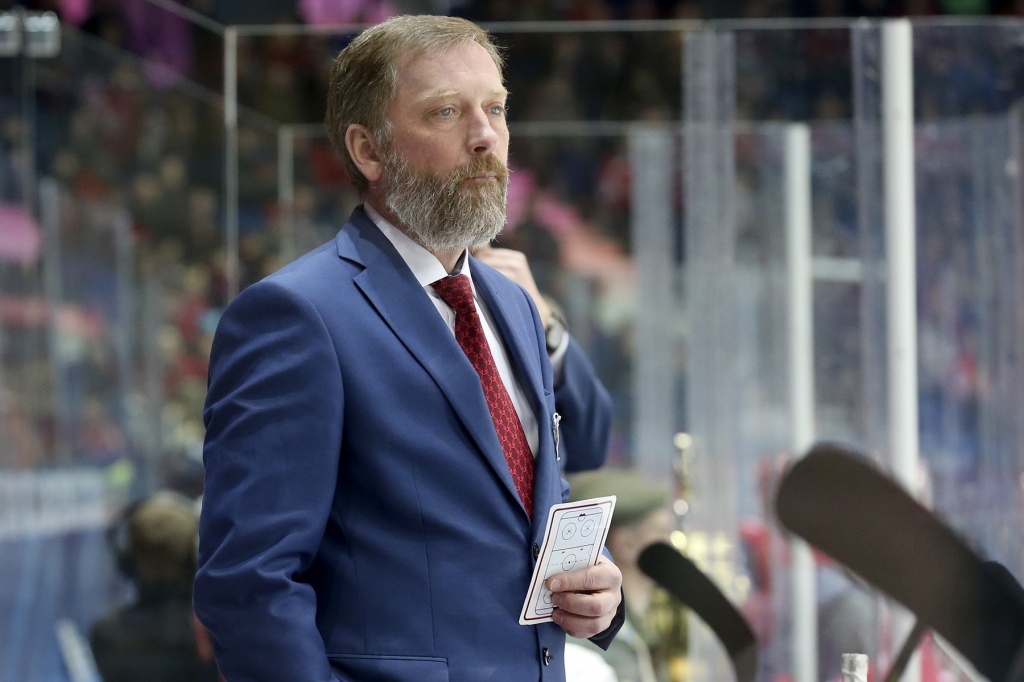 “I say the same things in St. Petersburg and Yaroslavl – the boys are doing a great job, everyone works hard defensively and plays team hockey,” said Solovyov. “We don’t have star caliber players as SKA-1946 and Loko, but our boys are becoming stars right now. Perhaps, Loko didn’t expect us to be so persistent, even though we played well at home as well. It’s too early to talk about psychological advantage because this is junior hockey where everything can turn upside down in no time. Prior to the game we didn’t focus on the score in the series. We just asked them to enjoy their hockey. When Loko tied the game up, we didn’t feel nervous. We told the boys that nothing bad had happened, that they needed to wait for their moments and capitalize on them.” 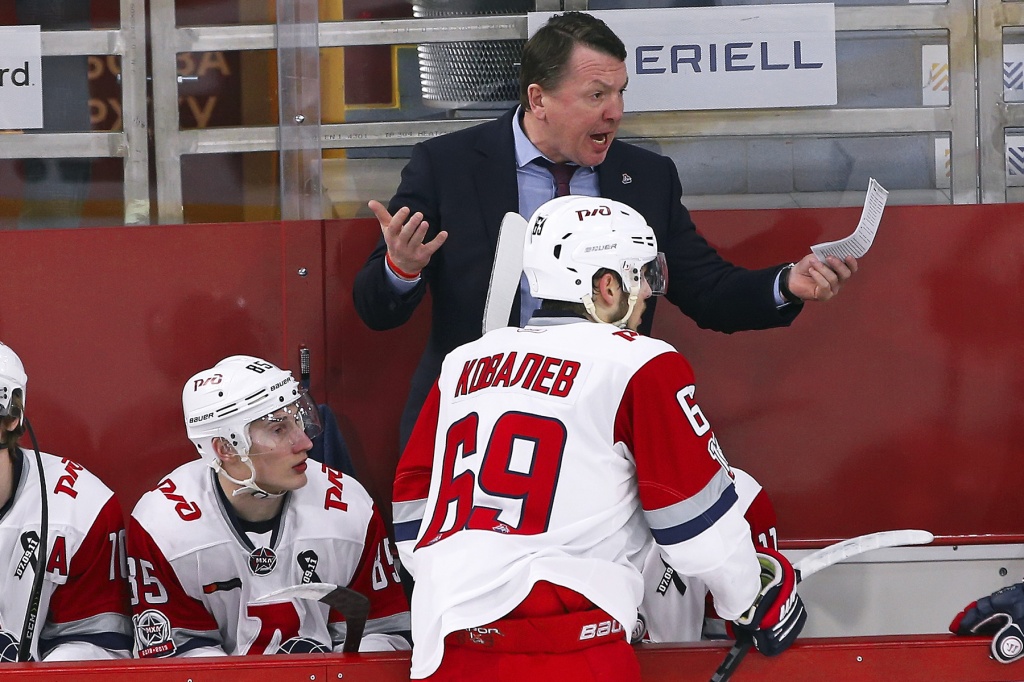 “I don’t recognize my team. Maybe after a couple of wins on the road the boys thought that the series was over,” fumed Krasotkin. “I can’t explain certain actions of my players. Sometimes they were straight up inadequate. All of our defensemen are terrible and offense can’t get anything done. The opposition played well and tight. They cleared the puck out any chance they had. And their goaltender, obviously, did well. We deserved to lose.

“Once again we took a lot of shots and yet scored just one goal. We explained it to our players how they should shoot. Conversion rate is a certain indicator of skill. Unfortunately, we made a lot of wrong decision in that regard. How can we improve it? We need to get our heads back in place. It’s an outrage that players of KHL caliber, who had played in that league, can’t live up to their level in Junior Hockey League. I’m not thinking about the upcoming game in Yekaterinburg right now. We need to rest first and adjust our game. In any case, nothing is lost for us yet. The series is tied.” 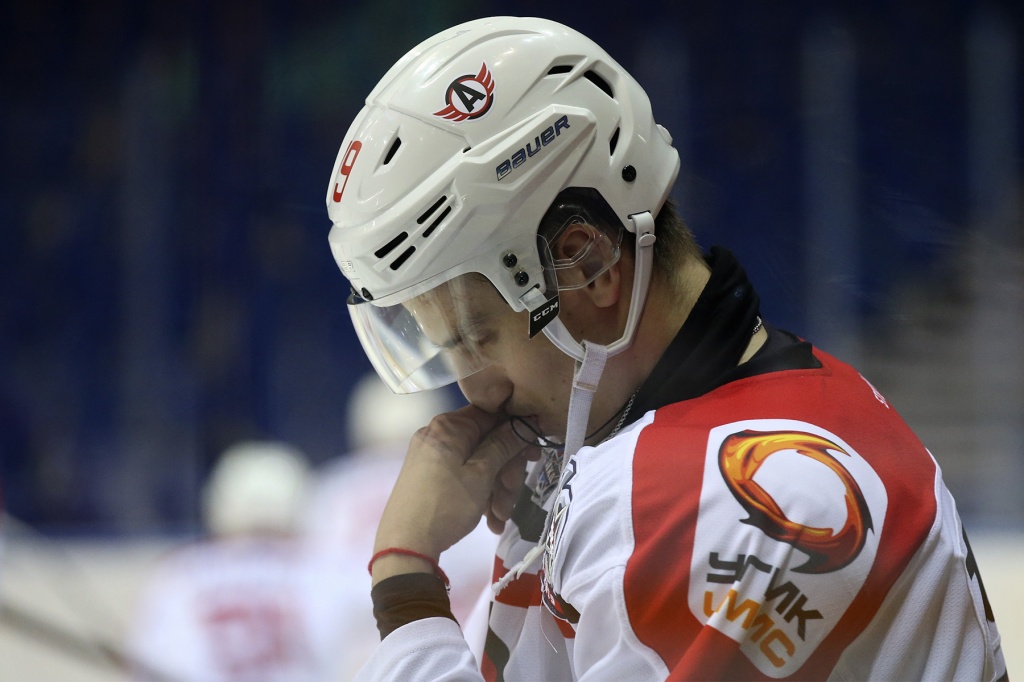 “Loko’s goal threw us off a bit, but I didn’t see my teammates get nervous. We came back in the game rather quickly and scored the goal we needed,” believes Tyutyayev. “There was still over a half of period left to play after I scored so we did our best not to think about the score at all. We just tried to block as many shots as possible and played hard. That goal put me on top of the league? Obviously, it’s great but team success is much more important in the finals. Coaches congratulated us with the win. They showed us the 11th puck – it’s a symbol of our 11th win in this playoff run. We need just two more of these pucks. But we have nothing to celebrate yet – the series is tied 2-2. 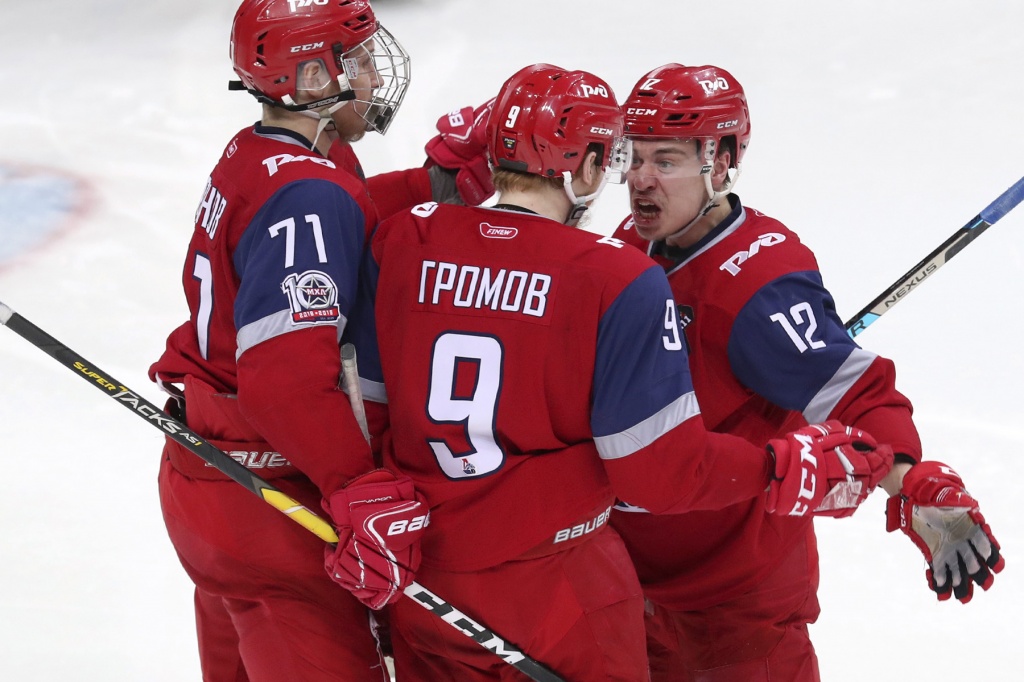 “I want to apologize to our fans right now. We let down those who came to support us in these two games,” said Rybakov. “I think these results come from our mental state. We lacked concentration, we came out unfocused and collapsed in the early minutes. Once again we took a lot of shots. It just so happens that we take these soft shots and ‘warm up’ [Vladimir] Galkin and then he gets in the zone. We let him find his game, while we need to work harder in the slot and screen the goaltender – that’s how you score goals. At times we did better tonight than the opposition but we ran into a penalty problem and allowed the key goal because of it.

“We need to rest right now. You have to deal with your emotions after such games. We need to regroup and learn from our mistakes. Everything starts anew now in the finals.” 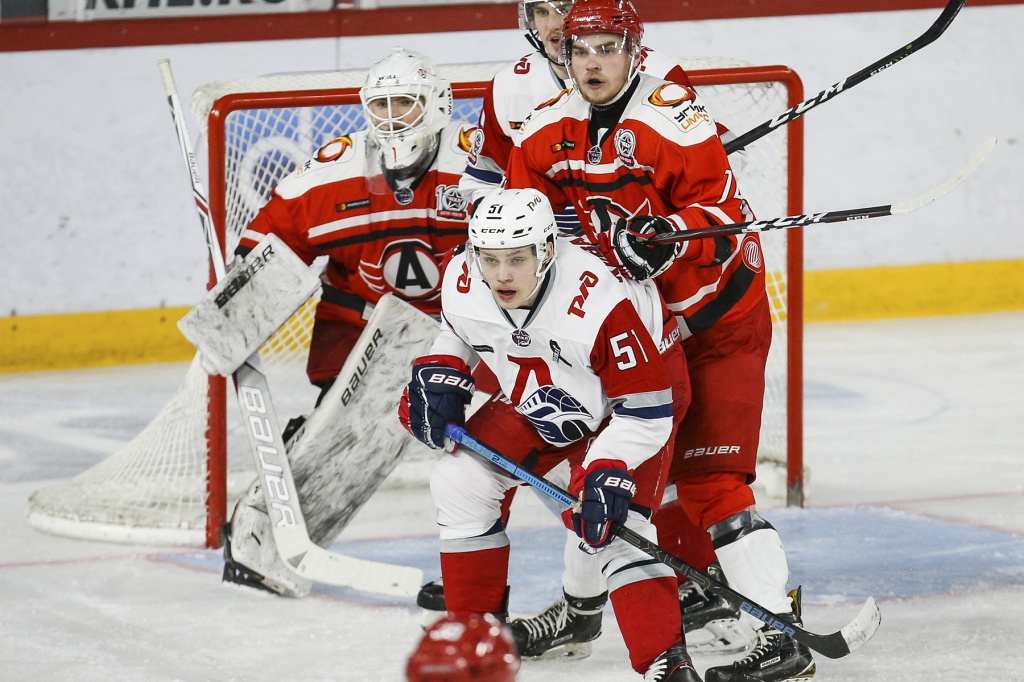 “After the road trip everyone focused on the fact that we could win two more games at home and win the cup,” admits Kovalenko. “But you can’t win like that in the finals. We battle well and create scoring chances. We just have to capitalize on them. We need to screen their goaltender better and elevate the puck. [Vladimir] Galkin goes down often and stays deep in his net. We need to jam it past him, get a ‘garbage’ goal.

“There were a lot of brawls tonight – that’s playoff hockey. Of course, you need to motivate your team with goals but those brawls did the trick as well.”