Game 4 of the 2019 Kharlamov Cup Finals took place in Yaroslavl on April 17th. The game followed the same scenario as the one the day before. Loko were taking a lot of shots and even scored their first goal in two home games but Vladimir Galkin and Maxim Rasseikin led Yekaterinburg to their second consecutive win.

Rasseikin and Galkin do it again. Avto tie the final series 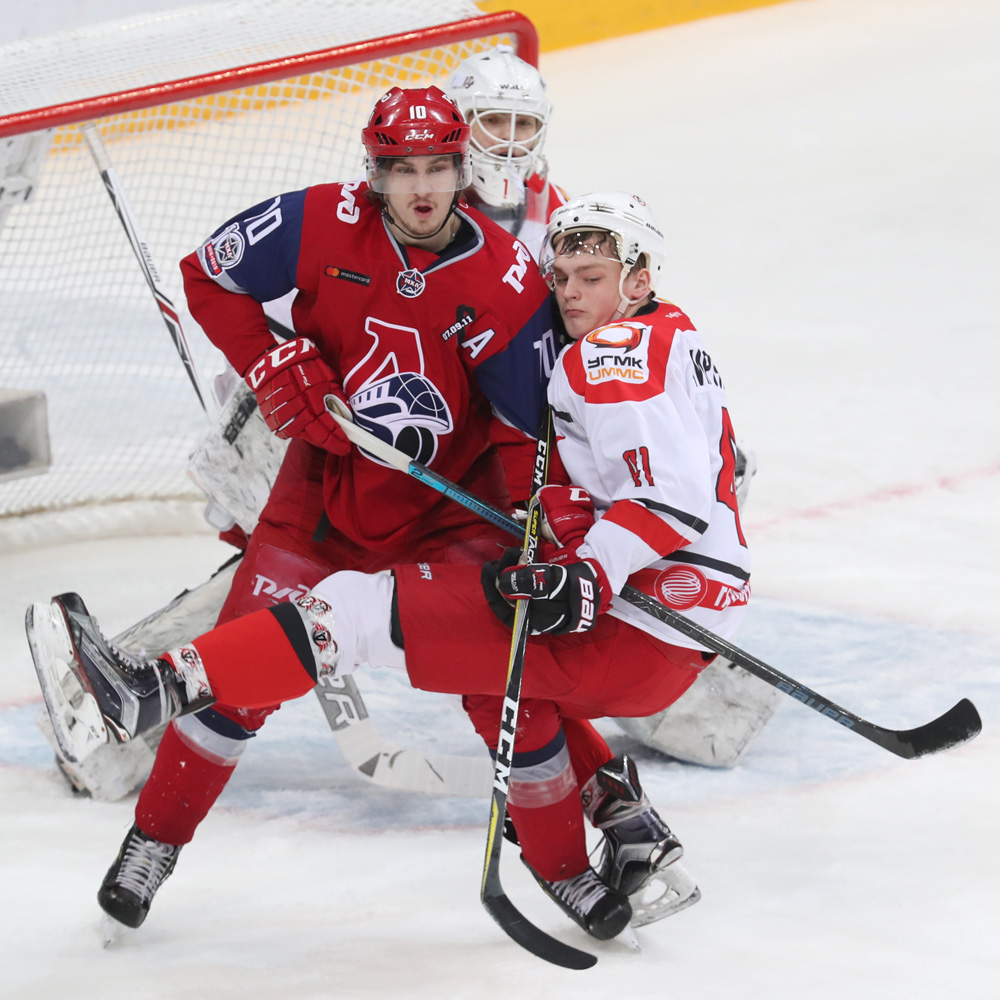 After Tuesday’s loss, Loko Yaroslavl head-coach Dmitry Krasotkin was tough on his defensemen, so it came as no surprise that the ‘railway men’ heavily shuffled their lines for Game 4. Ivan Kovalyov went in instead of Alexander Kalinin in the first defensive pairing, while Daniil Glovatsky replaced Anton Lukichyov on the third. On top of that, Alexander Dariyn was put on the fourth line instead of Daniil Tesanov, while Daniil Isayev got the nod to guard the cage. As for Vitaly Solovyov, he didn’t change a thing on his roster after his first win in the series.

The teams traded powerplay chances in the opening period of play but they had trouble creating scoring chances. Vladimir Galkin made a save on Vladislav Rybakov’s redirect and then ‘railway men’ failed to shove the puck in from the slot after a solo effort by Nikolai Kovalenko. Last minutes of the frame featured a fight, in which Alexander Daryin cleanly beat Alexander Sevostyanov.

The visitors opened up the scoring just as they did the day before. Three minutes into the second frame Daniil Isayev stopped Daniil Valitov’s shot but Maxim Rasseikin peeled off from his defenseman and buried the rebound to celebrate his first goal of the final series. Loko began spending more time in the offensive end after that. Nikita Gromov had the greatest chance to tie the game as he tried to tap it home on Grigory Denisenko’s pass but he got absolutely robbed by Galkin. A few shifts later Danila Dyadyenkin couldn’t find the back off the net on a breakaway but stayed with the play and took another shot from a poor angle – Galkin couldn’t find the puck but got bailed out by one of his defensemen who cleared the puck to safety just in the nick of time. Sold-out Arena-2000 were eager to see the equalizer and the tension gave birth to several brawls. In one of which Nikita Anokhovsky beautifully wrestled Konstantin Suslov to the ice. Despite being giving an extended ice-time and a ton of scoring chances, Loko’s top line couldn’t change anything on the scoreboard.

Home team got off to a bad start in the third period. Just a few seconds into it Ivan Kovalyov got a minor penalty. Nikita Gromov managed to intercept the puck on the following Avto’s powerplay, skated it out to the neutral zone and sent Nikolai Kovalenko in on breakaway. The latter made a cross-ice pass and Vladislav Rybakov one-timed home on the far-side to score Yaroslavl’s first goal on home ice in two games. 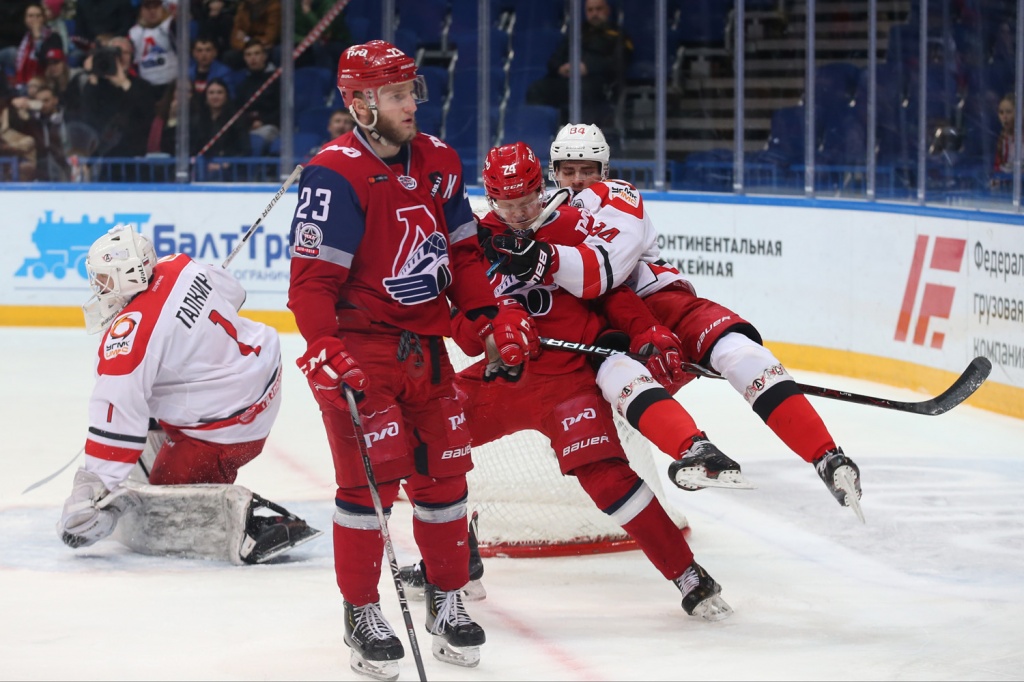 Loko spent almost the entire first half of the period shorthanded and had to kill off two 5-on-3s. ‘Railway men’ did well to break up possession plays and even had a chance to get in the lead. Kovalenko pounced on the loose puck, beat his defensemen in the foot-race but couldn’t elevate the puck over Galkin’s pad. A few shifts later the visitors finally converted on their man-advantage. Denis Yerkin put the puck on net with a backhand shot, the puck got deflected straight to Kirill Tyutyayev’s stick and he had all the time in the world to score on the wide-open net. Notably, Avto scored both of their goals in the same manner.

Igor Zenchikov got a minor penalty with two and a half minutes remaining to play in regulation and thus prevented Loko from going for one final push. With 23 seconds on the clock Avto found themselves shorthanded and Yaroslavl used their time-out, replacing Isayev for the extra-attacker but it was all in vain.

The series now moves to Yekaterinburg tied 2-2 – both team will now need to win two more games to get to hoist Kharlamov Cup.