“OUR GOALIE IS A REAL ANIMAL!”. PLAYERS AND COACHES COMMENT ON GAME 3 Avto
News
Maxim Krovyakov – 2021/2022 Playoffs Most Valuable Player
SKA-1946 win first championship in their history! Michkov scores game winning lacrosse-style goal
Krasnaya Armiya vs SKA-1946 in the finals! JHL deciding games schedule
“I’ll try to make it to the senior team.” Yaroslav Likhachyov finished his JHL career with a team’s record
The talent of the CSKA system rocks in the JHL playoffs. Agatha Christie helps Prokhor Poltapov prepare for games
“It’s a shame that three years in the JHL flew by so fast” – Matvei Kokovin lost a bet to Alexei Shevchenko as the White Bears failed to qualify to the playoffs
“I gave myself a choice: either to get stronger and move on, or to quit hockey” – SKA-1946’s leader talks about his season, social media, and hockey life
“Nizhny Tagil is not what it was ten years ago” – Vasily Atanasov about his hometown and his play with Mamonty Yugry

“OUR GOALIE IS A REAL ANIMAL!”. PLAYERS AND COACHES COMMENT ON GAME 3

Players and coaches of Avto Yekaterinburg and Loko Yaroslavl comment on Game 3 of the 2019 Kharlamov Cup Finals, in which reigning champions got blanked for the first time and lost their first home game of the post-season. 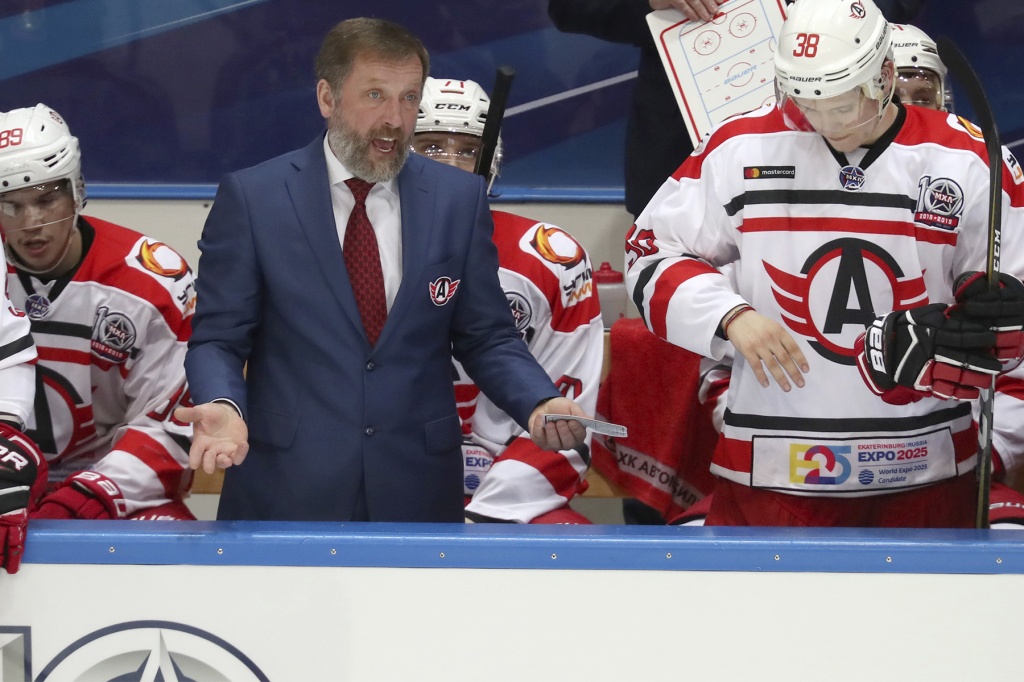 “There are certain moments that I am not pleased with. For example, the amount of penalties that we’re taking,” said Solovyov. “But we pulled through and grinded our way to the win. Good job. Everyone did well. We didn’t get much luck on home ice but tonight, on the contrary, luck was on our side. We still have no room for mistake so we plan to build on this win! We have another battle tomorrow. That’s what finals are all about. It’s the first finals for Avto players. They had beaten SKA-1946 [St. Petersburg] in the semifinals. They know they can achieve something here. We didn’t have easy series in this playoff run – we played against Tolpar, where there was a long 0-0 game – the longest in Junior Hockey League history. Then we faced equally strong teams – SKA-1946 and Loko [Yaroslavl]. Although, Loko have players who have played for Olympic Team Russia. For example, Grigory Denisenko – I know him personally, because he used to play in Ural.

“It’s great to play against skilled teams. Spirit and hard work is the basis of our success. I recently heard someone say on Vladimir Solovyov’s show that the most difficult thing is to defeat not someone else but one’s self. That’s what I told the boys before the game and tonight they managed to defeat themselves.” 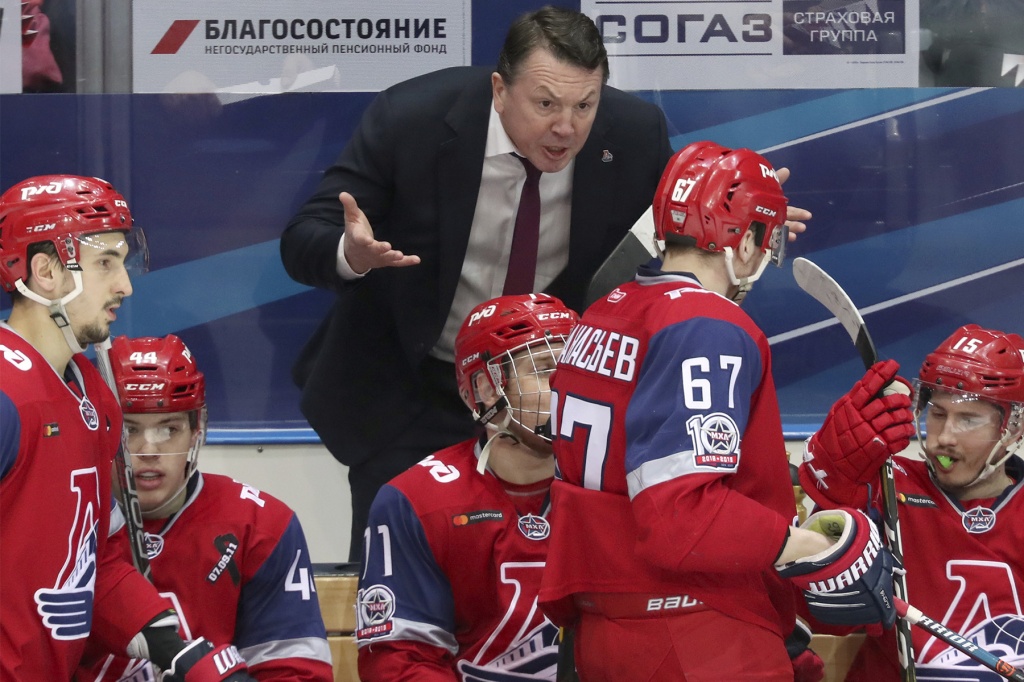 “I’m a little shocked at the moment. I didn’t think that we couldn’t score a single goal in 60 minutes,” said Krasotkin. “Everybody on defense were awful tonight. No one couldn’t get the puck to the net. It’s difficult to explain right now why our defensemen, who actually are of a decent level, played the way they did. I think no one on the team needs to hear it from me to understand that tomorrow we must win no matter what. We knew that Avto were going to play tight defensively and that they wouldn’t let us shoot as much as we want. We took 52 shots and scored no goals. It’s difficult to comprehend. We did score in the regular season and not tonight. We took a lot of penalties in the offensive end tonight. The boys wanted to swing the momentum individually and score off solo dashes when we needed to play as a team.” 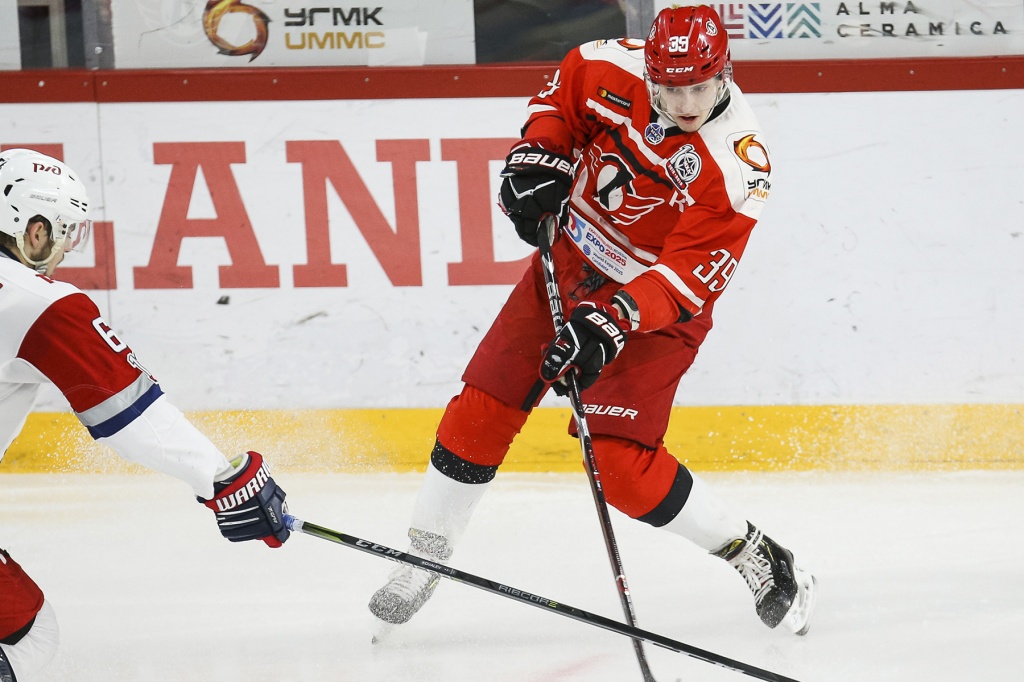 “We’re happy with the result. Everyone on the team worked towards that solo goal and then we played tight defensively,” says Derbenyov. “Besides, our goalie was a real animal! I knew right away that I scored the game-winning goal (laughs) – I took a shot on a powerplay and the puck ended up in the net! It was our third consecutive game against Loko so we studied them well by now. We allowed a goal on a 5-on-3 in the previous game. We addressed the moment and managed to kill off the penalty this time around. Our coach praised us after the game. He said that we won because we played as a team.

“Why did Avto win on the road again? Looks like our team prefers to let the opposition feel that they’re in the driver’s seat and then we flex our muscles. The series will definitely go back to Yekaterinburg now, which obviously gives us extra motivation but we need more than that now. We need the series to go back to Yaroslavl as well now.” 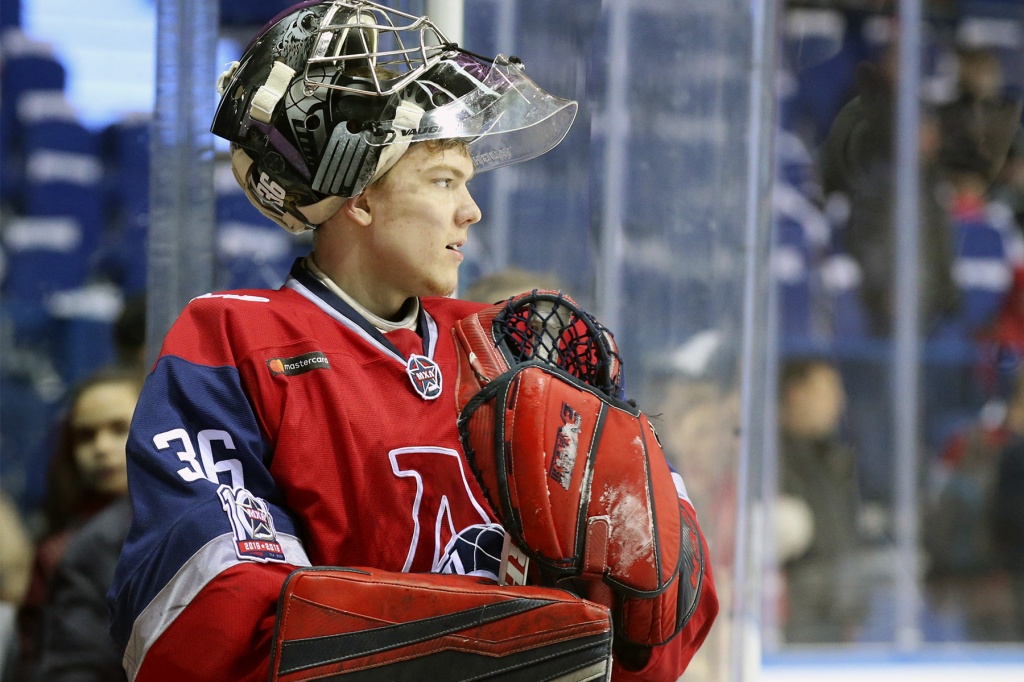 “Avto had nothing to lose tonight and that’s why they battled till the end and in every shift. You can’t sit and think that the series is over when you’re up 2-0. We went soft and let the opposition a lot of room in our end,” says Okoryak.

“I think it’s going to be an exciting series now. I can’t say how the next game is going to go and how the series is going to end. First loss on home ice? We have great support at home. It’s great to play here but losses are unavoidable. It’s always tough to get over that first loss but playoffs are still on and we keep moving forward.

“Avto players stumbled and took a shoot from his knees when he scored the goal. Derbenyov beat me just under the blocker and it went into the back of the net off the post. Did I have a chance to stop that shot? Only if I had known beforehand that the puck was going to go the way it did.” 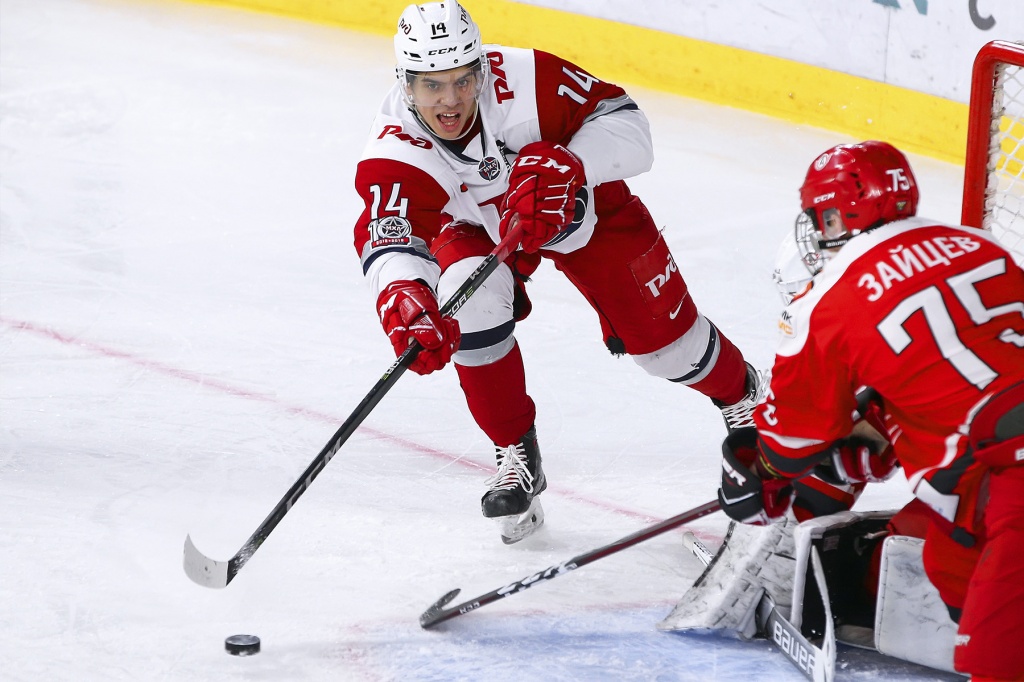 “We couldn’t get the win tonight. We scored no goals on 52 shots. We didn’t play well in front of the net. Yes, we lost but now we have a chance to improve and clinch the championship in the next two games. I wouldn’t say that this result is a fluke. There are no flukes in the finals. Avto played well in the neutral zone and didn’t give us any chances in their own end. Besides, we didn’t play our best game tonight,” says Denisenko.