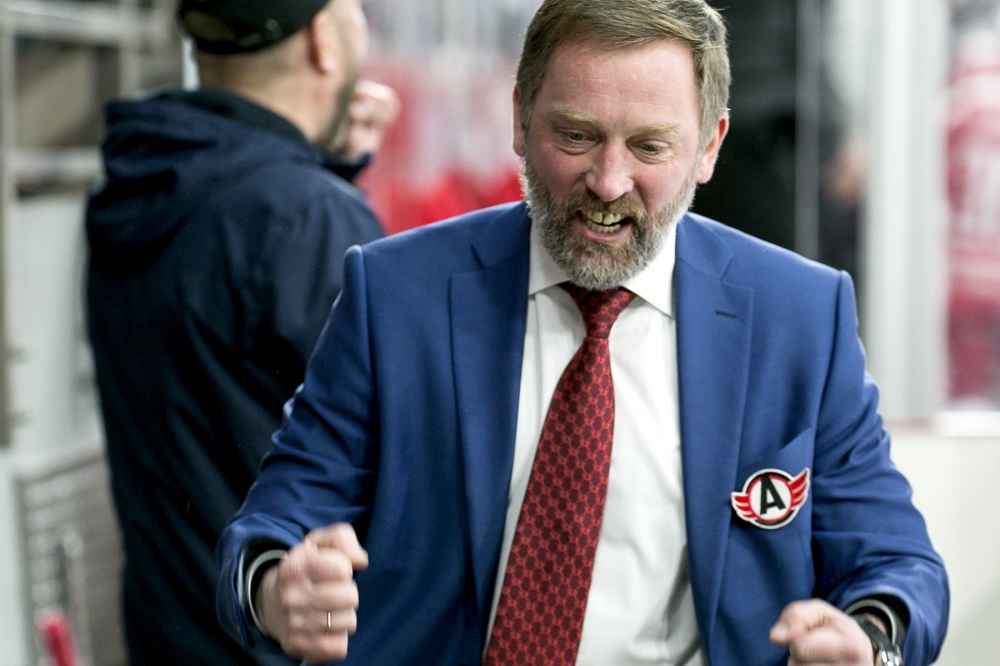 Players and coaches of SKA-1946 St. Petersburg and Avto Yeakterinburg comment on their series after Game 5. 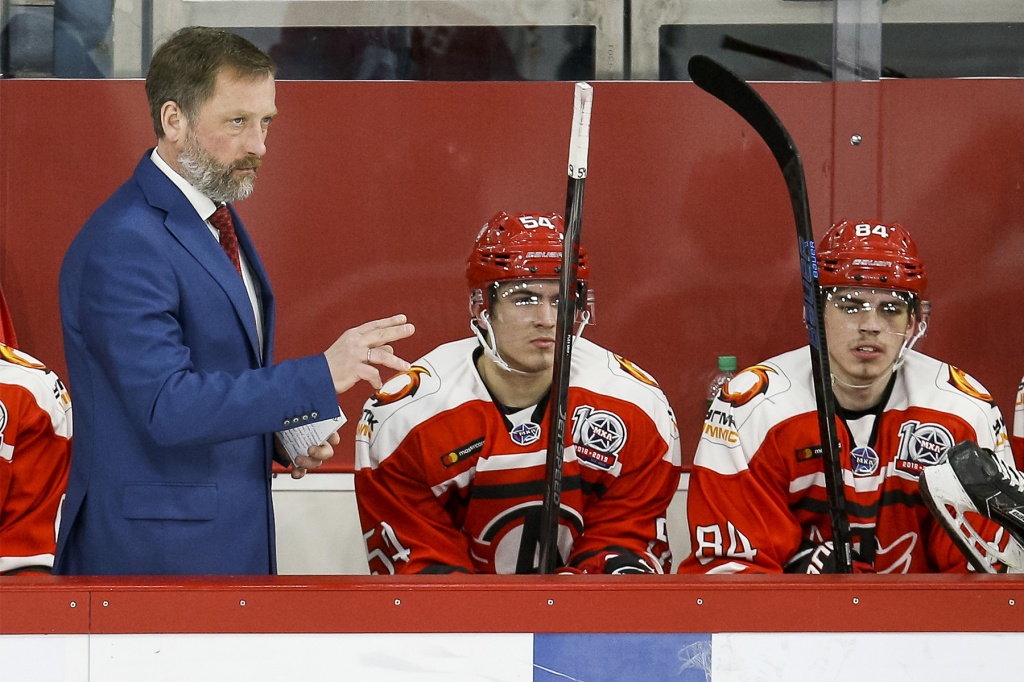 “It was great! Words cannot describe it. The boys were awesome! We told the boys before the game that we had beaten the other team twice already and they had lost only a handful of games in the regular season,” says Avto head-coach Vitaly Solovyov. “We believed in ourselves and played the brand of hockey that allowed us to finish second in out conference. SKA-1946 is a very strong team. They outshot us and we got lucky a few times. Finals are right around the corner but these emotions will help us recover.

“The key moment of the semifinal series was Game 2, which we won and tied the series. The boys believed in themselves after that. We lost Game 4 in blowout fashion but we managed to focus and get ready for the deciding game and it actually was easier for us after such a devastating loss. We discussed all six goals that we allowed and the boys understood that they were the ones responsible for all of them.” 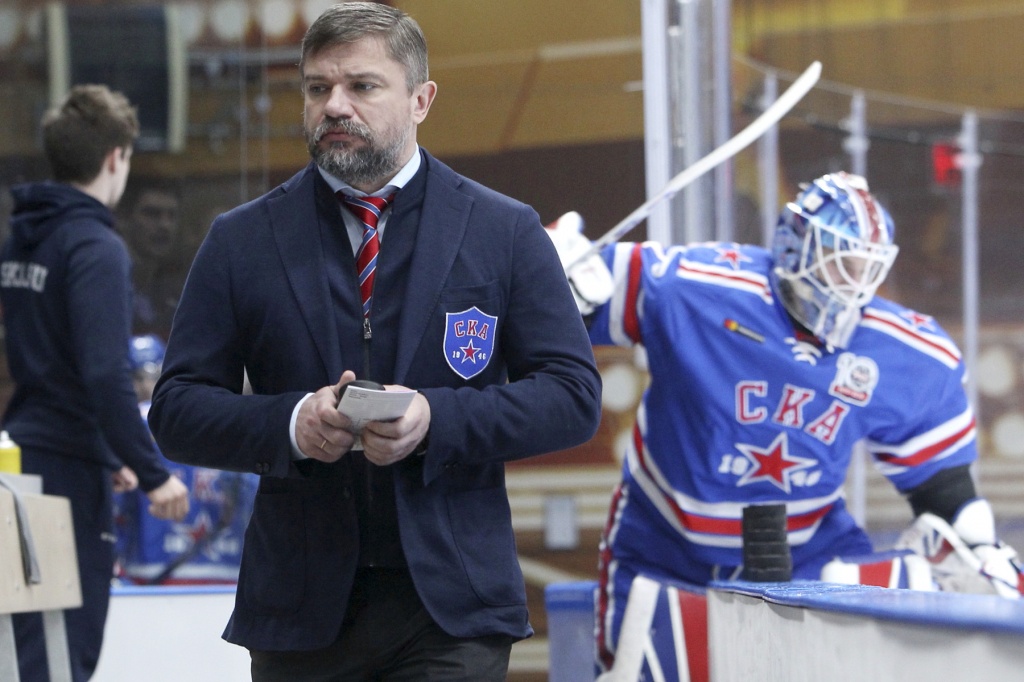 “We couldn’t capitalize on our scoring chances in the first period of play and perhaps gave up at a certain point,” says SKA-1946 head-coach Alexander Savchenkov. “Last minutes of regulation showed that our team had the strength. We created many scoring chances but we lacked skill. We gave up two games in the series as we allowed two overtime goals shorthanded. We can’t afford penalties like that, especially in overtime. Our opponent made us pay for that.

“We didn’t play our game in the second period of Game 5 because the matchup was a bit nervous. The boys didn’t quite understand what happened after the game. Everyone expect a different outcome. It’s not the end. We’ll work on our mistakes.” 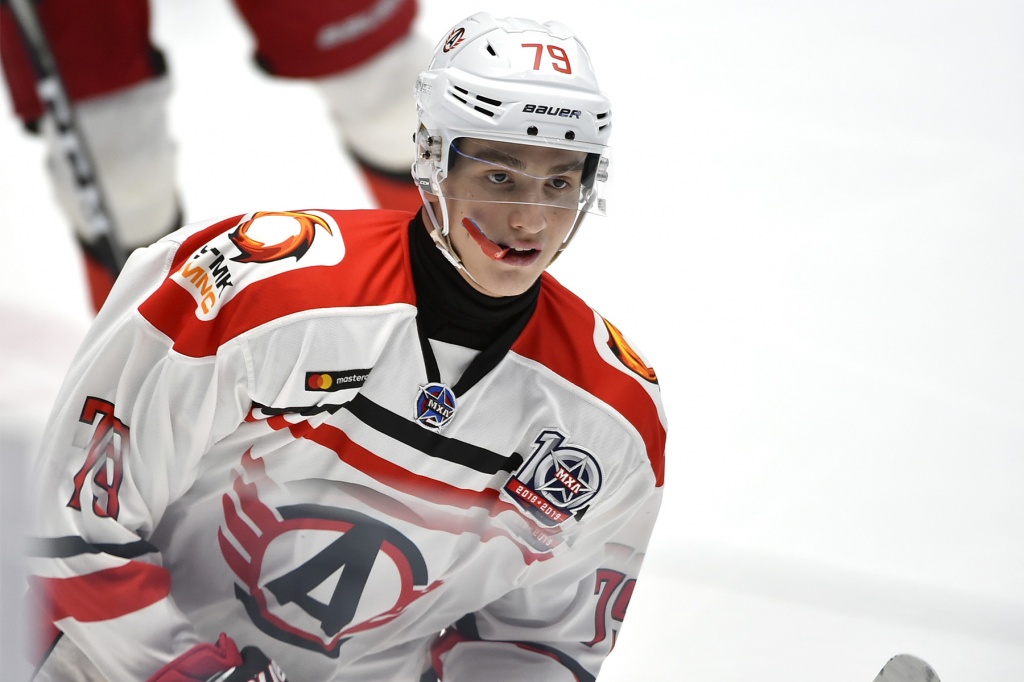 “It’s an unbelievable feeling. I still cannot believe that we made the finals!” says Avto forward Kirill Tyutyayev. “When we were losing 1-0 in Game 5, we didn’t feel nervous. On the contrary, that bonded us ever more and we rushed down the ice looking for the equalizer. They had a narrow lead. SKA-1946 were spending a lot of time in the offensive end and that’s why we didn’t feel confident that we were going to win even when we went up 2-1. I tried not think about the score and just play hockey without making any mistakes.”

- Avto will now face reigning Kharlamov Cup champions Loko Yaroslavl.
- It’s extra motivation for us. It’s very exciting to play against defending champions. We were joking before the series against SKA-1946 that we were going to play against a VHL team, because a lot of SKA-Neva players were sent down to juniors. Looks like now we’re going to face a KHL team (laughs). 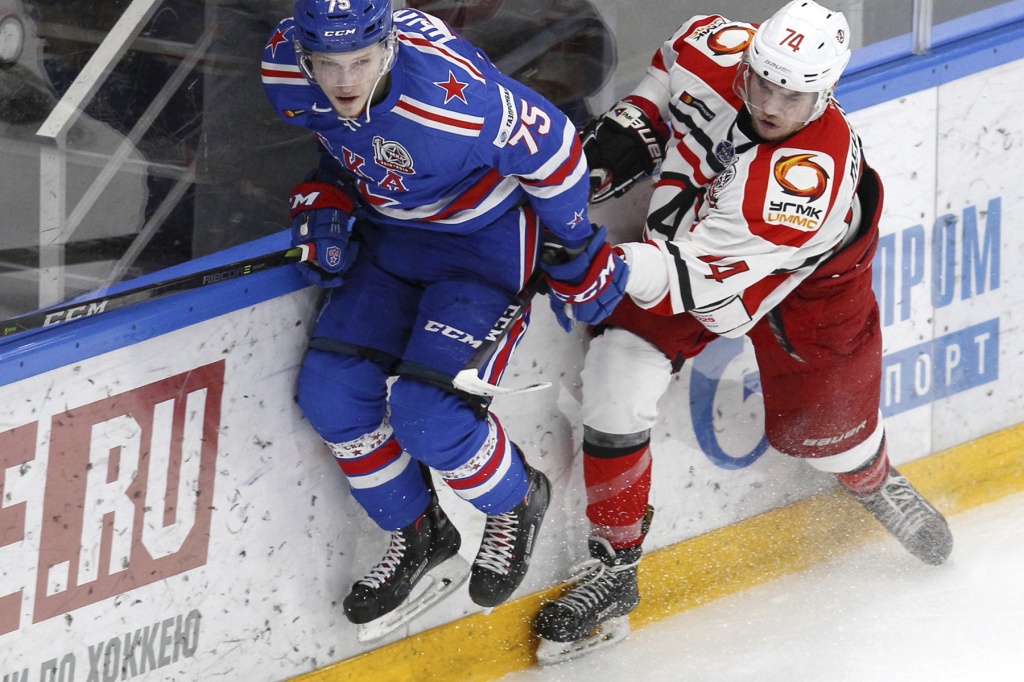 “These emotions are very postitive. I was almost shocked by what happened!” says Avto defenseman Semyon Perelyayev. “Last time I felt like that was probably in 2017 when we won U18 World Championship bronze medals. But this win with Avto is even better! It’s not going to be soon that I’ll forget these games against St. Petersburg. You don’t forget games like these soon. It’s my first Kharlamov Cup Playoffs. When I was on Ladiya, we didn’t manage to make it to post-season. It’s going to be great to come back home after such a successful season.”

– When did you realize that you could win the series?
- After Game 1, in which we erased a 3-goal deficit. We almost won it, too. Key moment of the series was when we won on home ice in front of sold-out crowd. We were surprised to get such a huge support and got in the lead in the series. 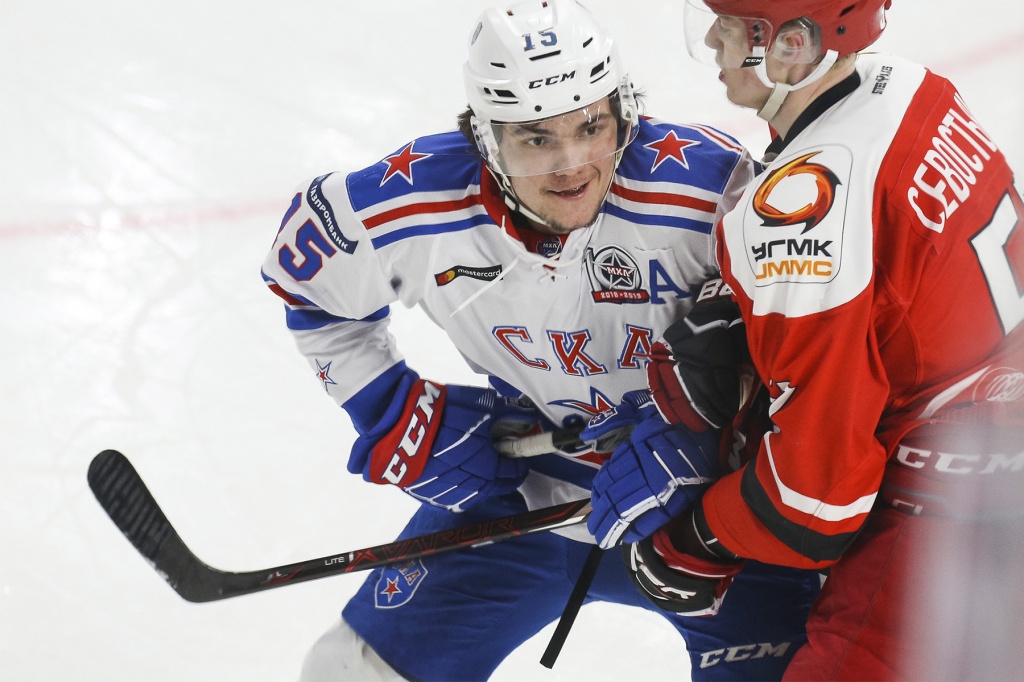 “If you’re going to honestly weigh in on the series, St. Petersburg had a great team this season, which could compete for the cup. In the end we gave up the series, which we could have won 3-0,” says SKA-1946 defenseman Evgeny Kalabushkin.

– Last year SKA-1946 lost to Loko Yaroslavl, and now to Avto Yekaterinburg. Would you say that these teams are of the same caliber?
- They’re on a totally different level. Last year we hadn’t lost a single game until the series against Loko. This year we were also better than the opposition but gave up the series because of our own unnecessary mistakes. The series was decided by one Avto player – Maxim Rasseikin. We had to played tougher against him, just as we did in Game 4.

- Would you say that you felt euphoric after a blowout 6-1 win in Yekaterinburg?
- We didn’t have a reason for that. We didn’t have to let it go to Game 5 to begin with. We couldn’t score in the second period, even though we had lots of opportunities and then we ran into a penalty problem late in regulation. Had we survived that penalty and not allowed the goal, we would do better in the third period and win the game. But it went the other way – our opponents scored their second goal and played really well defensively. I wouldn’t say that we gave up, no. We battled till the end and tried everything we could to put it behind the goal-line but we came up short. 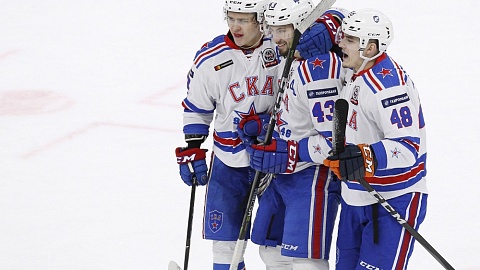