“I can't imagine how I’m going to feel at the All-Star Game”. TOP PLAYERS COMMENT ON JHL CHALLENGE CUP

“I can't imagine how I’m going to feel at the All-Star Game”. TOP PLAYERS COMMENT ON JHL CHALLENGE CUP

“It was a difficult game. I want to thank our coaches, who gave us great advice and pointed us in the right direction. We couldn’t have done it without them,” says JHC Dynamo St. Petersburg and Team West forward Anton Vasiliev. “We didn’t get off to a good start. It was obvious that the boys were jet-lagged. It was difficult at first but then we got into it. Besides, we did well defensively. There was a great atmosphere at the rink. I really wanted to make KHL All-Star Game but I could have played a lot better tonight. Then I would have deserved the prize more. Actually, it’s more difficult to play at the JHL Challenge Cup because everybody battles on the ice and you get slashed very often. It’s calmer in the KHL. I will participate in any KHL skills competition, which the coaches will trust me with.”


“It was a difficult game. Both teams battled hard and played aggressive hockey. We treated this game like any other but we understood how important it was,” says SKA-1946 St. Petersburg and Team West forward Kirill Marchenko. “We got off to a poor start but we managed to get into it and score a goal. There was a terrific atmosphere at the rink and we felt the support from the fans. Although, most they cheered for Team East. It doesn’t matter. It was still a great place to be. They brought together the top players and I know quite a few players on Team East. It was great to shake things up a little and have some fun. Nevertheless, it wasn’t clear who was going to win the game till the very end. I certainly didn’t expect to be invited to play at the KHL All-Star Game. I don’t think I deserved it with the way I played tonight. Some guys played better than me. But I will prepare for it. It doesn’t matter what team I’m going to play for at the All-Star Game. I would be happy to play for any team at all. It’s great to participate in such event and feel the atmosphere for myself. Which competitions am I ready to compete in? Shootout and the fastest lap, I think.”

“We knew it was going to be a difficult game and were getting ready for it but it didn’t quite work out,” says Russkie Vityazi and Team West forward Mark Verba. “Our goaltenders saved the day for us on several occasions. But we managed to turn things around, bond and win it in the end. It’s important for any player to make KHL All-Star Game. You could say it’s a dream and it’s coming true. Right now I don’t know how I’m going to feel when I’m going to come to the dressing-room and see all those players. I can’t even tell you with whom I would rather be lined up. There are so many great players, it’s difficult to pick any. I don’t really know why Team East can’t seem to beat Team West. Maybe Team West does better at crucial moments. This game was a huge motivation for me because it’s my last year in Junior Hockey League. I didn’t play a lot of games this year in the league. This is why it was important for me to come here and make a good parting impression of sorts.”

“It was a great game and we played well,” believes Reaktor Nizhnekamsk and Team East forward Arsen Khisamutdinov. “The only thing we couldn’t do is to win it because we didn’t capitalize on our chances. We did outplay Team West in some aspects but our conversion rate just wasn’t great. It’s great to be selected to play at the KHL All-Star Game. It’s going to be a great experience, which is going to bring a lot of positive emotions. Unfortunately, when they announced my name, I didn’t feel much because I was sad from losing the game. The fans were very happy, though. You could say the whole republic was behind me. Hopefully, there’s going to be a similar atmosphere in Kazan. I will prepare for the All-Star Game now.” 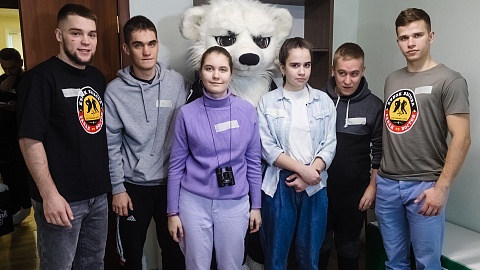 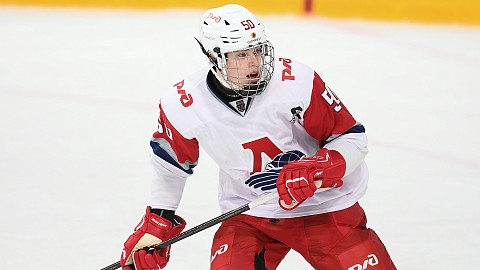