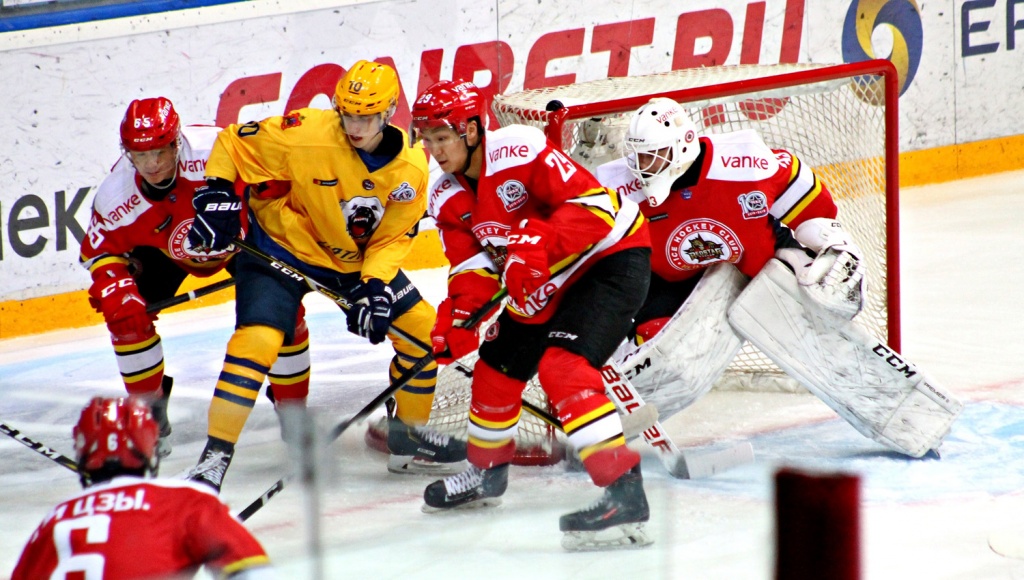 The ‘Dragons’ scored their only goal of the game early in the first period of play as they opened up the scoring – Jianing Guo sent one past Yegor Sinegubkin six minutes in. And then Atlanty’s second line took matters into their hands. Yegor Orlov got a minor penalty nine minutes in but it turned out well for the visitors – they went up for a counter-attack and Andrei Smirnov tied the game up at 1-1, while Dmitry Silantyev and Artur Gilyazeyev picked up the assists.

Just as Atlanty got their fifth man back out on the ice, they grabbed the momentum and got in the lead. And it was the same men again who got the job done – Smirnov scored his second of the game off assists by Silantyev and Gilyazeyev. 37 minutes in Smirnov completed his hat-trick, although game officials confirmed the goal only after video review. Moscow Region improved their lead to 4-1 as the same line found the back of the net again – this time Silantyev converted on a powerplay as Kunlun’s netminder Paris O’Brien got a minor penalty. Sergei Goncharuk set the final score as he capitalized on a long powerplay – Maxim Sarapultsev had given in to emotions and got a 5-minute major and a game misconduct for slew-footing. Altanty get a firm 5-1 win in Mytischi.