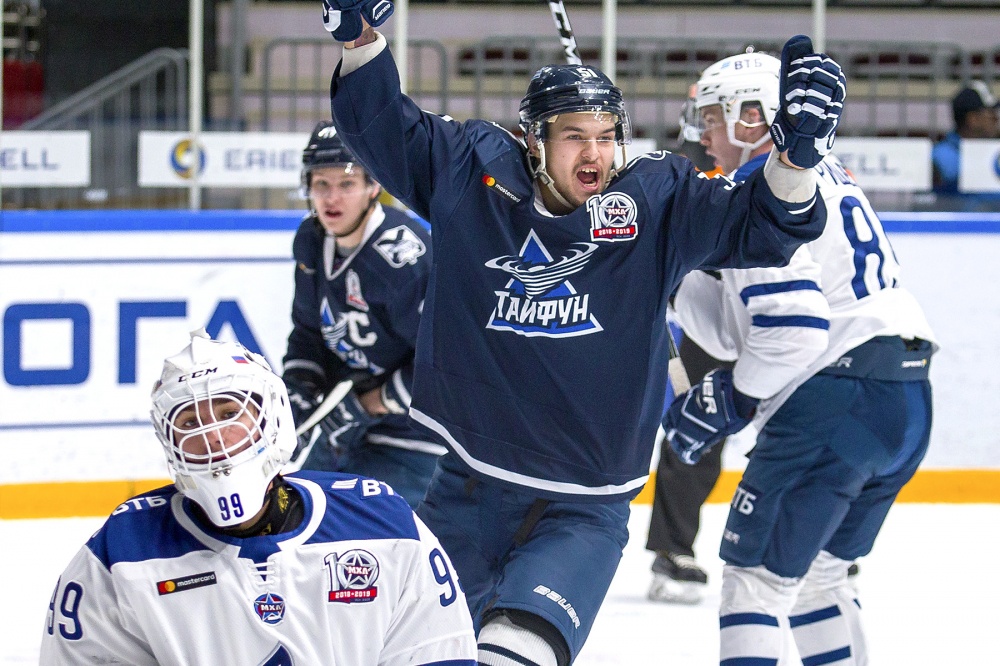 Just two regular season games took place in Junior Hockey League on December 2nd and both of them transpired in the Eastern Conference. While Taifun managed to end their long losing streak, Amurskie Tigry lost to Krasnaya Armiya in a close game. We take a look at the two games in this daily review on JHL official website.

Popugayev lifts Krasnaya Armiya over the ‘Tigers’ in Khabarovsk 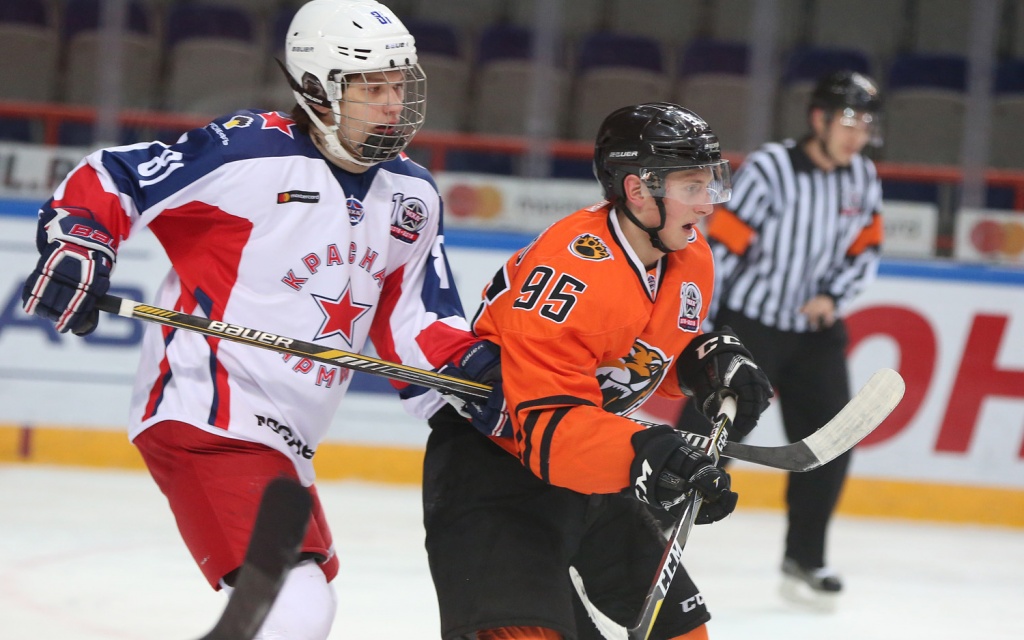 Amurskie Tigry Khabarovsk went up against 2-time Kharlamov Cup champions Krasnaya Armiya Moscow for the second consecutive time. There was a quick goal in this one as well – 17-year-old Artyom Pugachyov opened up the scoring just two minutes as, while veterans Nikita Popugayev and Mikhail Mescheryakov registers assists on the play. Khabarovsk tied it up before the intermission – one of the top players on the ‘Tigers’ Nikita Linnik sent one past Matvey Kiselyov.

Amurskie Tigry got a string of minor penalties late in the second period but Krasnaya Armiya failed to convert on either of them. However, they were successful at even strength. Nikita Popugayev, who had picked up a helper earlier in the game, found the back of the net and that marker proved to be the game-winner. Khabarovsk got nervous, piled up a ton of unnecessary penalties and failed to get any points in the back-to-back series. 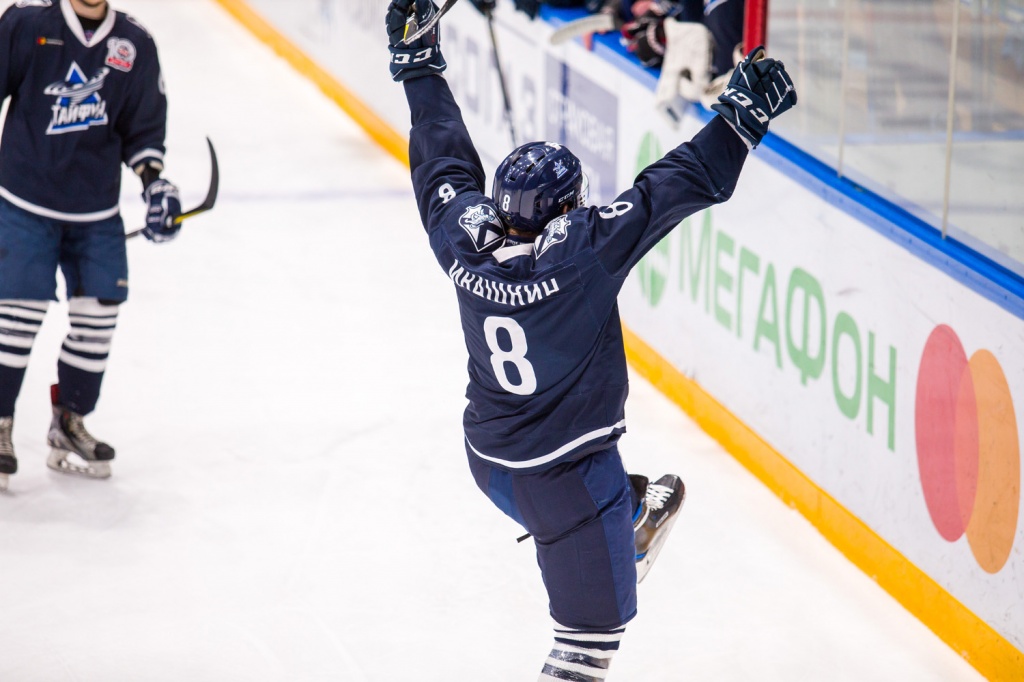 Taifun Primorie Region were riding a 12-game losing streak coming into the second bout of the back-to-back series against JHC Dynamo Moscow. Home team finally managed to end that terrible skid. Taifun opened up the scoring just four minutes in – Gleb Maltsev sent one past Vadim Zherenko. Dynamo brought it back to even early in the second period of play as Grigory Babushkin found the back of the net. However, the teams headed to the dressing-rooms for the second intermission with Primorie Region leading by a goal – future first star of the game Nikita Ivashkin got one in.

It was no other but Ivashkin who gave Taifun a comfortable lead early in the third stanza. With three minutes remaining to play in regulation Moscow pulled their netminder for the extra-attacker and managed to wind the margin down to a 1-goal differential – Denis Tolpegin made it a 3-2 hockey game. Nevertheless, the blue-and-white failed to force overtime. Ilya Sandalov sent it into the empty cage in the last minute of the period and thus secured the long-awaited win for his team.