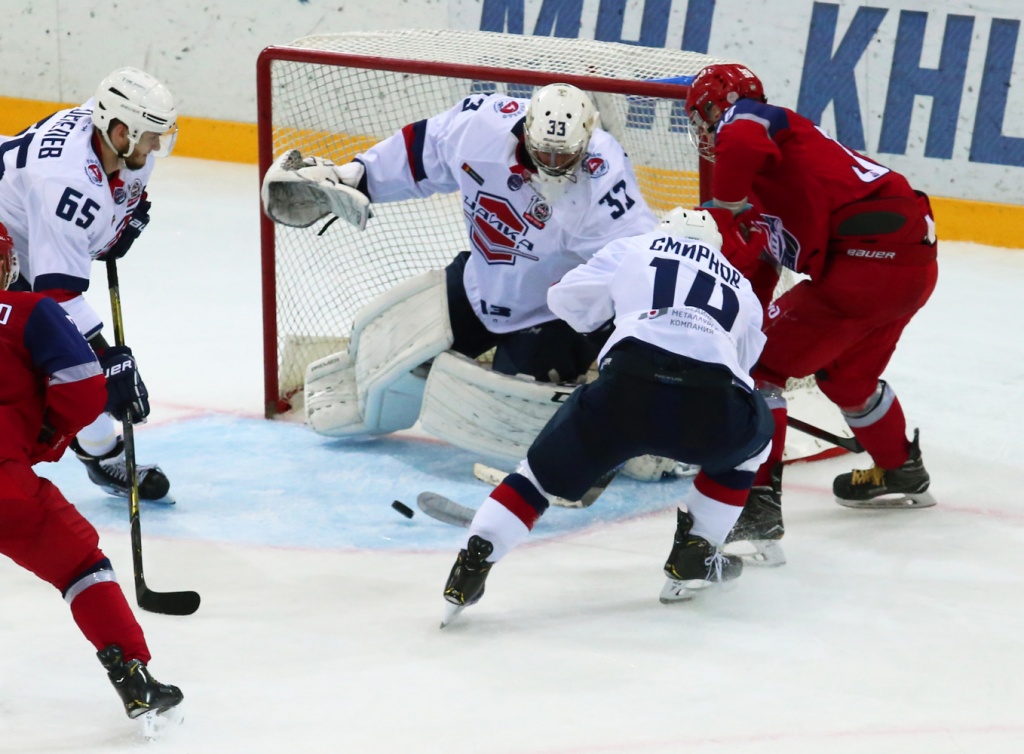 After two games in St. Petersburg, which Loko lost by a devastating total of 8-1, Yaroslavl had to make up for it in front of their hometown fans. They had a serious and rival opponent up against them – Chayka Nizhny Novgorod. In the opening period of play the teams traded goals. First Denis Pochivalov made Daniil Misyul pay for his mistake as he stole the puck from him and beat Daniil Isayev. 17 minutes in Ilya Nikolayev got in on a breakaway and he beat Kirill Kozhokar to bring it back to even.

The score remained unchanged in the second frame, while Yaroslavl had to begin the third stanza with almost four minutes of penalty killing – Nikolayev let his team down as he got a double minor for high sticking. Home team survived it and began bombardment of Kozhokar’s goal. They prevailed only in overtime. Mikhail Belyayev scored the game-winning goal for Loko as he sent one in with just eight seconds remaining on the clock.

Taifun kick off their road trip with a win 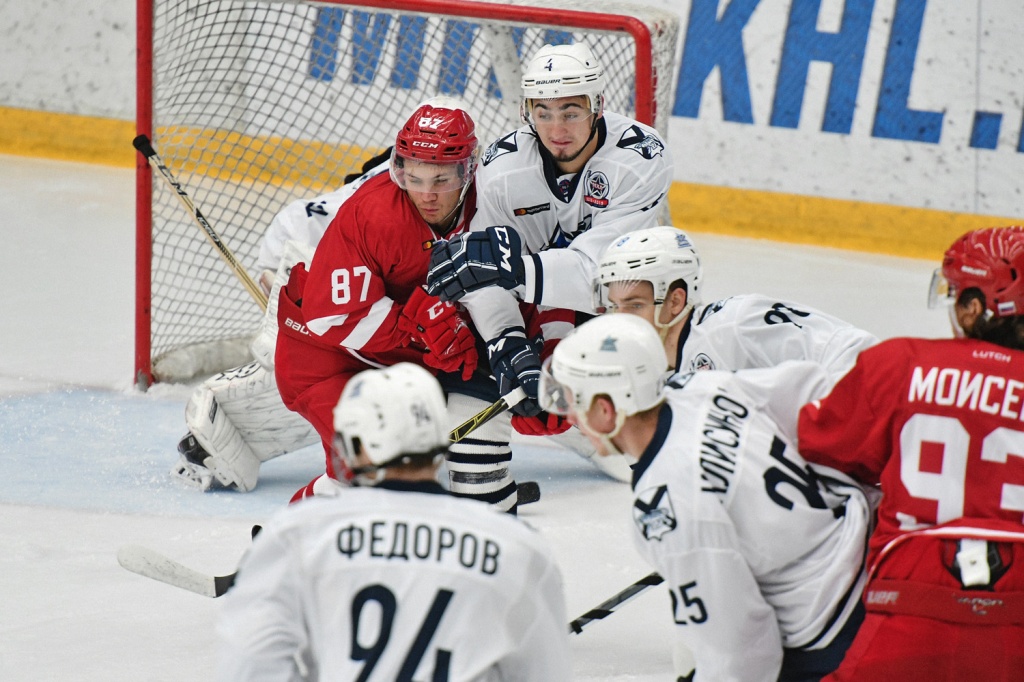 Russkie Vityazi Moscow Region played hosts to Taifun Primorie Region and despite having taken three times as many shots in the opening period of play than the opposition, they still got scored on first. 26 minutes in Taifun capitalized on their scoring chance – Maxim Dontsov got the first marker of the matchup. Three minutes later Alexei Drobin improved the lead for Primorie Region. After a small brawl, Chekhov finally found the back of the net as well. Mark Verba lighted his name on the scoreboard.

Nevertheless, that was the only goal Russkie Vityazi could get in this one. In the third stanza Artyom Rakutin netted Taifun’s third goal of the game, while Danil Fyodorov went on to score on the empty net to set the final score. Primorie Region begin their road trip with a solid 4-1 win in Chekhov. 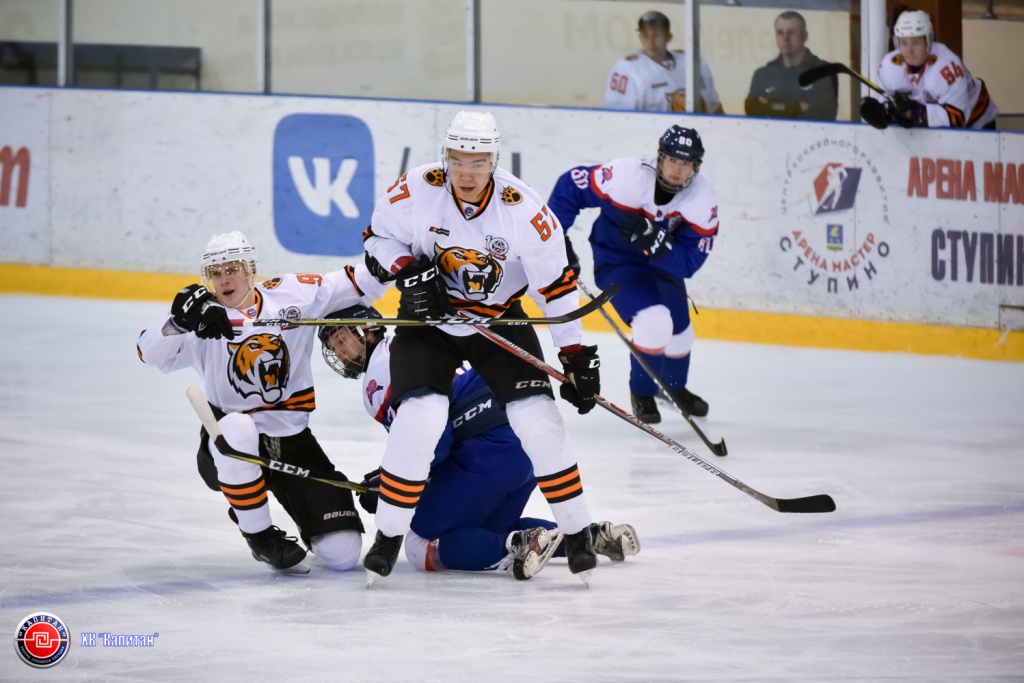 Another team from Russia’s Far East, Amurskie Tigry Khabarovsk, went on the road to Stupino and opened up the scoring less than a minute in – Matvey Zaseda took matters into his own hands and sent one past Grigory Kolupayev. Later in the period Khabarovsk got nervous and ran into a penalty problem but Ivan Belyakov’s minor actually work in their favor as they caught the opposition on a counter-attack and Yegor Zalitov scored a shorthanded goal.

Home team finally hit the twine only 36 minutes in – Amir Garayev netted one while both teams were down a man. In the third stanza the teams traded goals – Khabarovsk got a tally from Nikita Linnik, while Yuri Kozhukhov scored for HC Kapitan to bring them back to within one. Nevertheless, Stupino ran out of time and failed to force overtime. Khabarovsk take it 3-2 on the road. 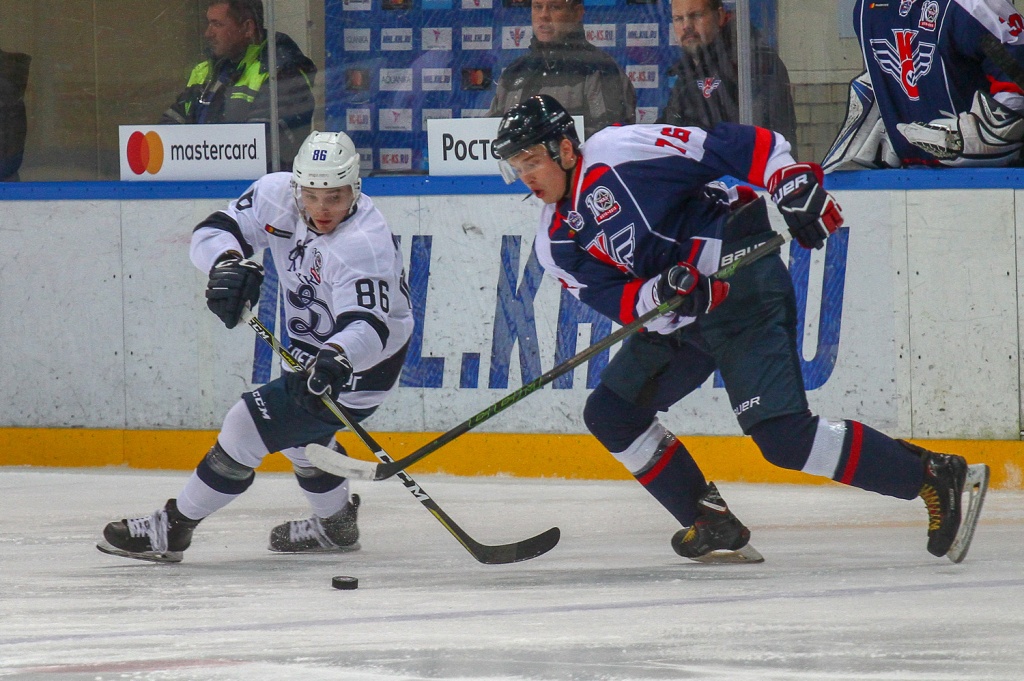 Krylia Sovetov Moscow hosted JHC Dynamo St. Petersburg in their first home game of the season. The visitors had the momentum on their side but Moscow capitalized on their scoring chances and 17 minutes in Kirill Lyalin sent one past Kirill Ustimenko. In the second period of play an off-setting minor paved road for a real storm – Sergei Chyobotov and Alexei Gluschenko dropped the gloves and Krylia Sovetov player prevailed in the bout. Both were sent straight to their dressing-rooms as the fans cheered them on.

St. Petersburg tied the game up early in the second period as Alexander Zhabreyev found the back of the net. Last minutes of regulation were a lot of fun. 57 minutes in Denis Nikulin put Dynamo in the lead but less than a minute later Nikita Kizikov sent the game to overtime. In the extra period of play Moscow edged St. Petersburg as Kizikov scored his second of the night to capitalize on Anton Nazarevich’s minor. Krylia Sovetov enjoy a dramatic 3-2 win in overtime.

Atlanty failed to catch up to Almaz 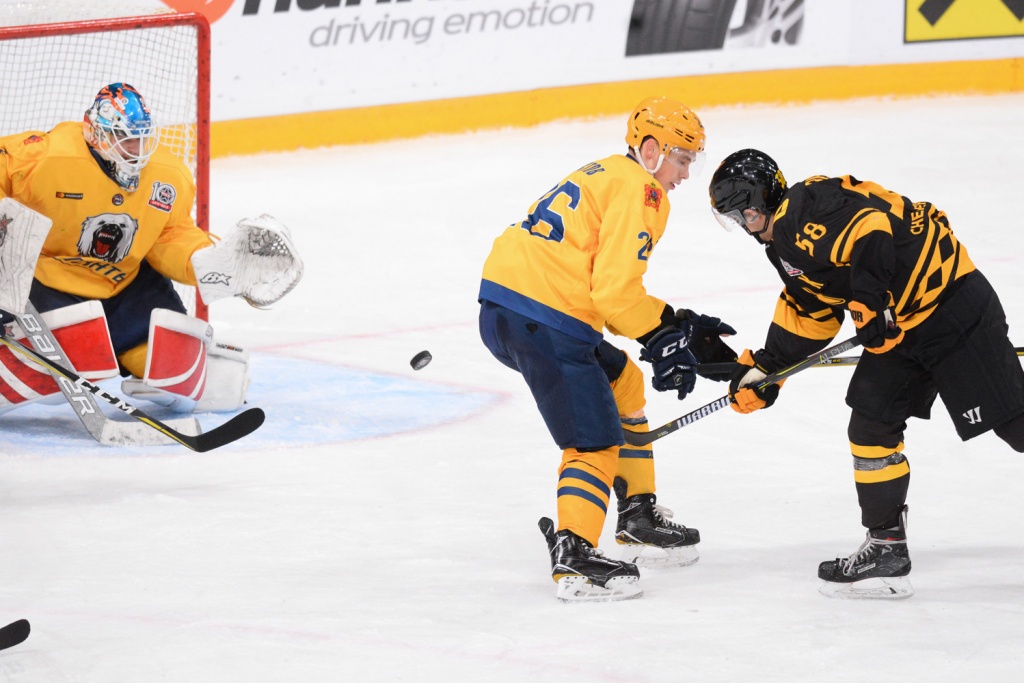 First period of the game between Almaz Cherepovets and Atlanty Moscow Region was very eventful. Just under two minutes in the visitors got on the board as Andrei Smirnov got one in. Cherepovets rushed looking for equalizer and they got it soon enough. Moreover, by 12th minute they were already in the lead as they got two powerplay goals – Yegor Chizhikov and Alexander Zarubin capitalized on man-advantage.

Midway through the game Gleb Morulyov improved Cherepovets’ lead to two goals. However, Chizhikov’s minor early in the third period led to Sergei Goncharuk’s powerplay tally. Artur Shaikhutdinov made it 4-2 but discipline failed Almaz again – with just over three minutes remaining on the clock Yevgeny Pogonchenkov sent another one past Konstantin Shostak. Home team did cling on to the lead and walked away victorious – Leonid Klimov set the final score with an empty net goal. Krasnaya Armiya Moscow went on the road to Harbin, China to face Kunlun Red Star Heilongjiang in their home-opener. Home team looked solid in the first period of play but then went off the rails in the second as Krasnaya Armiya’s offense went berserk – Yegor Korbit, Pavel Koreshkov, Dmitry Gundyrev and Maxim Sorkin scored a goal each past Paris O’Brien before the period was halfway through.

Denis Kazakov got a goal back for the Dragons but Pavel Koreshkov and Grigory Bulatov added two more tallies for Moscow before the period ended. The latter scored on Haoran Hu, who had replaced O’Brien. Daniil Anop and Danila Khulapov chipped in two more goals in the third frame and Krasnaya Armiya enjoyed a blowout 8-1 win on the road.