Kevlin Stanislav
News
“My mom watches fights with her eyes closed.” Alexander Pelevin - about childhood, debut for “Torpedo” and being an A-student
“No one likes running and performing the Cooper test.” 198-centimeter tall forward Kirill Dolzhenkov - about making his JHL debut and playing for Krasnaya Armiya
“When Russia won the 2008 World Championship, I asked for being signed up for hockey.” Kirill Pukelo – about the beginning of his career and friendship with Sivchuk and Petrov
Kharlamov Cup MVP: Maxim Krovyakov got ahead of Michkov, loves dangles and is preparing for advancing to the senior level
Quit hockey and returned, became a goalie by accident, missed only nine games of the season. Vyacheslav Peksa – JHL’s shutouts leader
“One of the players forgot to bring his shoulder pads. We had to chip in all together and buy the new ones for him.” The top scorer of Tolpar – about his JHL season and aiming to play for Salavat Yulaev
“We’ve managed to prove that we were the underdogs for no good reason.” Best JHL rookie Vyacheslav Malov about the successful season of Omskie Yastreby
“I receive messages from fake accounts saying: “Leave the net, you sieve.” Reading it makes me laugh. Ilya Nabokov – about criticism and his famous namefellow
Share

I was born in Fryazino, Moscow Region. My dad used to drive past Sokolniki Ice Palace everyday on his way to work and one time he decided to come in there to have a look around. I was 6 years old then. I was already playing soccer back then and I was doing alright but for some reason my parents decided to put me in hockey. I vividly recall how much time we wasted on traffic jams in my childhood to get me to Moscow for practices.

My dad worked at a restaurant so it was my mom who took care of me the most and took me to practices. I ended up on Spartak because their rink was the closest to our place, so it was an obvious choice to make.

After I had spent a few years at Spartak junior hockey school, it was time for me to change team and I chose Dynamo. 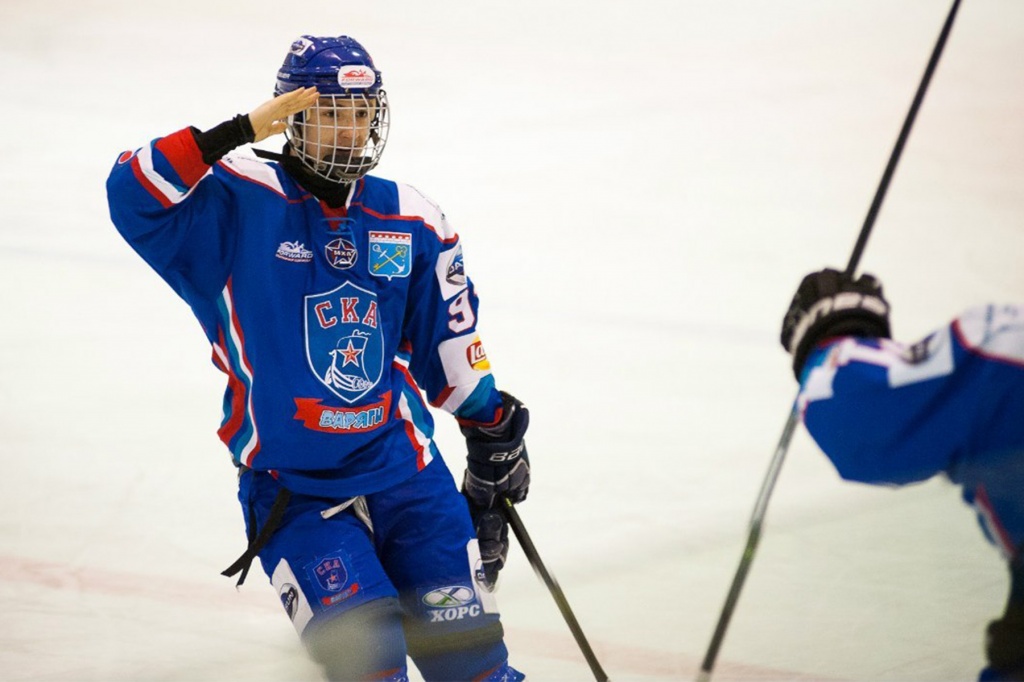 I didn’t stay at Dynamo junior hockey school for long because I got an offer from St. Petersburg. I made the team and joined SKA-Varyagi. It was almost impossible to get on SKA-1946 at the time because there were a lot of older and talented players, while I just graduated from junior hockey school so I had to begin in JHL-B. A little later a lot of players from championship JHC Spartak Moscow team joined SKA-1946 so I never got the chance to play for the team. We parted ways with the guys from that team but I’m happy that these days SKA-Varyagi play in Junior Hockey League A. After all, the level of hockey is a bit lower in JHL-B.

In St. Petersburg I lived on Dyblenko street, it’s not far from the rink. I had a great rookie season on SKA-Varyagi. We had a brand new team with a lot of young guys and we made the playoffs right away. We weren’t given any bigger goals, because most of the players were fresh out of junior hockey schools. I played on the line with Ivan Barabanov and Artyom Kora. We had great chemistry and we had it since Day 1. I remember how Artyom scored four goals in the game against Tverichi, while Vanya and I had the assists. I have only good memories of SKA-Varyagi. It was a great experience after graduating from junior hockey school. 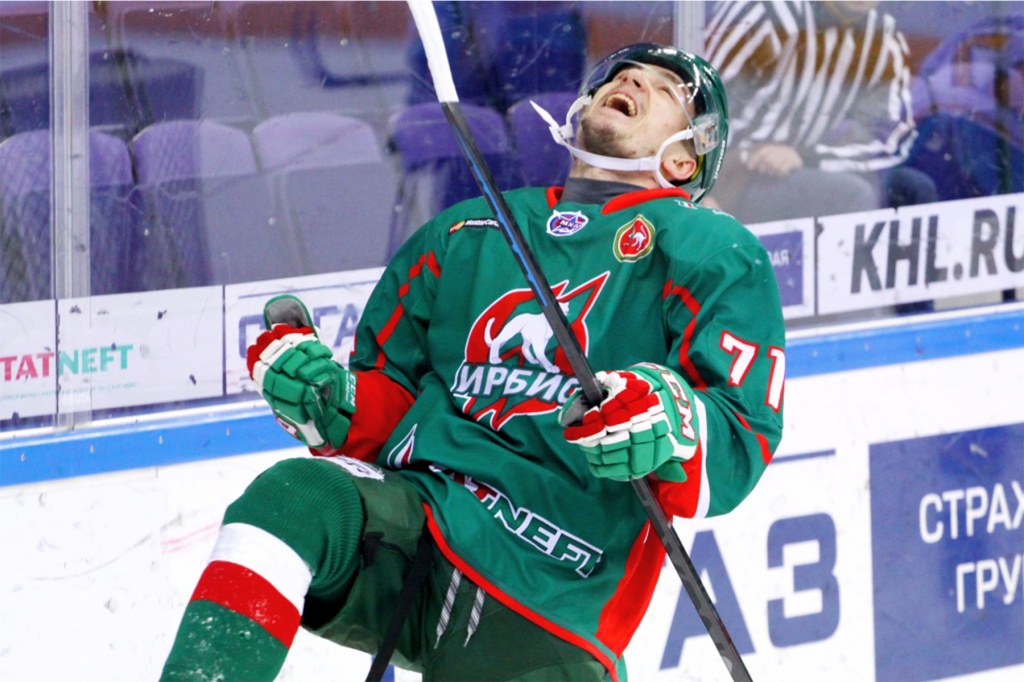 After two seasons in St. Petersburg I moved to Almetyevsk. I really wanted to play in Junior Hockey League, so we found a team where they liked my style of hockey. I felt welcome at Sputnik, they made me feel right at home. I made my debut for Sputnik in Ufa in the game against Tolpar in the 2016-17 season. I scored my first point on an assist. Although, we lost that game 3-1. I scored my first goal against Mamonty Yugry. It was an emotional moment. I also enjoyed my first 2-goal game that day. Unfortunately, we lost that game as well 3-2.

Six months later Sputnik and Irbus made a trade and I went to play for Kazan. We had a great group of guys, everybody was really friendly but I didn’t stay there for long. Most likely, I just wasn’t ready physically for that. It was very exciting being on Irbis because their coaching staff loved to shuffle their lines, so I played on almost every line with pretty much everybody on the team. After the playoffs I went back to Moscow. 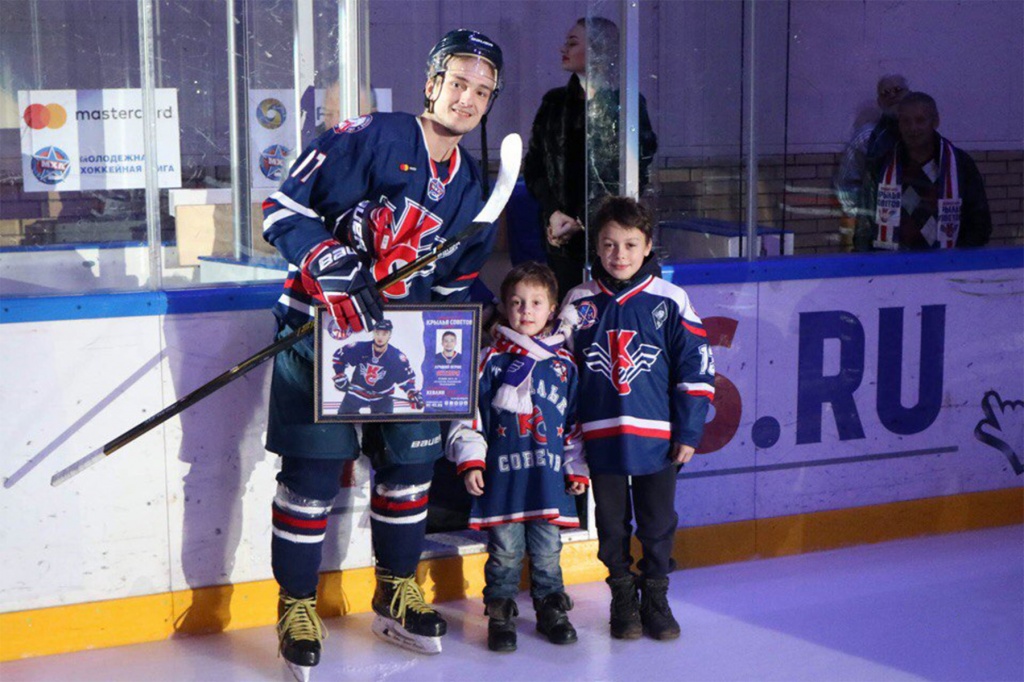 As soon as I got a option to try out for Krylia Sovetov, I went for it straight away and never had second thoughts. I was very happy when they told me that I made the team. It was a club with rich history. Also, I was glad to come back home. The previous season was good in general but it could have been better consistency-wise. But making the playoffs was a grand thing for all of us. We played well against SKA-1946 in the first round but we just lacked experience and that showed in the end. I remember Game 3 of the series as I collected two assists in it. We played at home in front of our fans but we couldn’t get a win that day.

Last season was my last in Junior Hockey League. Making the playoffs was an important part of my career. Even though I didn’t win any medals or cups, I have still become a part of Krylia Sovetov history, who achieved their goal for the first time since returning to the league and brought joy to their fans. There’s a great young forward on Krylia Sovetov now. He’s name is Sergei Odinokov. I think he can grow up to be a true leader and a prominent forward.

JHL is an important experience 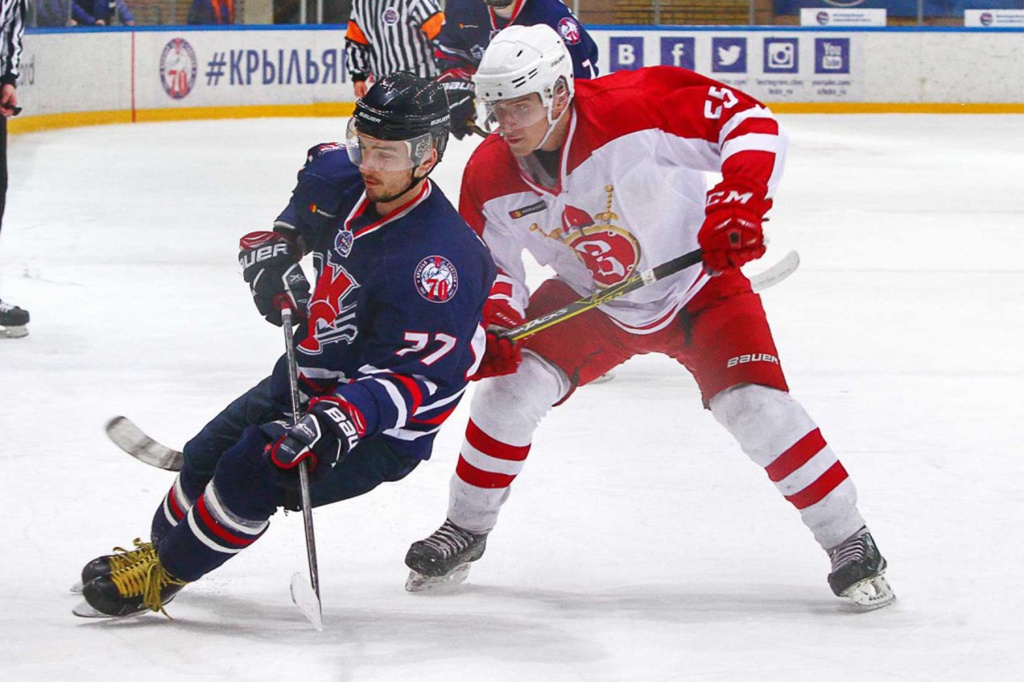 The league keeps getting younger. Many new talents join the league and it’s a fun place to play. I’m grateful for that experience. It was truly difficult for me to say goodbye to Junior Hockey League. I played in both conferences and I can say that Eastern hockey is not very different from Western hockey. Although, sometimes Western teams have a higher average level of players and their teams look stronger than Eastern teams.

As for my favorite players, I like Ilya Kovalchuk’s style. I’m going to follow him in the NHL. In soccer I cheer for Atletico Madrid. That’s where my favorite soccer player Antoine Griezmann plays. I was very happy to see Team France in Russia at the 2018 FIFA World Cup. I was rooting for them in the finals. I have a higher education. I majored in coaching in St. Petersburg. So far I haven’t looked that deep into the future. Life will tell if I’ll become a coach. 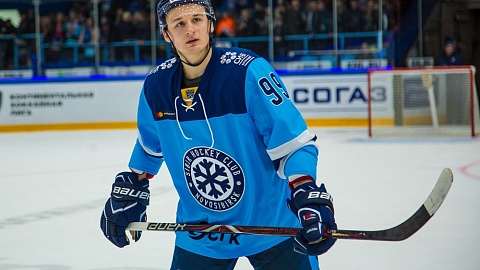 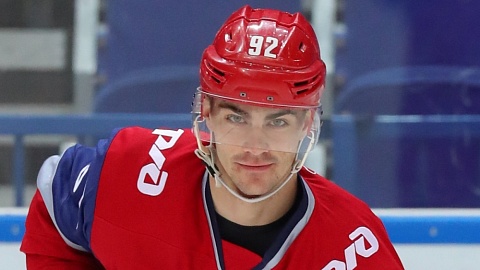 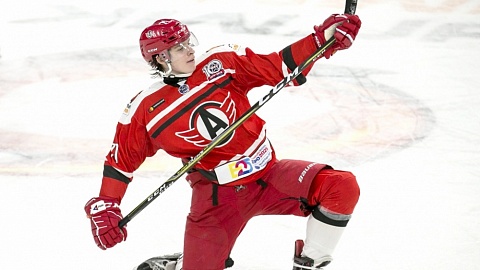