HV71
News
Roman Kantserov: "I never even thought about leaving Magnitogorsk"
Gleb Petrov: "I want to win everything I can" - the top league's sniper talks childhood, North America, and current season
“We win because we play as a team and have known each other for a long time”. Loko-76 defenseman shared the secret of his team’s success
Alexander Perevalov is a true professional. He is very strict about the sharpness of his skates and enjoys himself at practices
First 4-goal performance, Green Rilvary hero and Magnitogorsk goals galore. JHL week round-up
Irbis won their first games of the season after losing eight straight – beating their arch-rivals in Green Rivalry
“Ideal team balance is what makes every coach happy!”. Rinat Khasanov shared secrets behind Krasnaya Armiya’s great start of the season
Amazing saves galore, Tula heroics and Krasnaya Armiya’s first loss. Junior Hockey League weekly review
Junior Club World Cup
LOKO WIN THEIR SECOND JUNIOR CLUB WORLD CUP!
Share

The game also treated the fans to a matchup between two top goaltenders of the tourney. Ilya Konovalov was between the pipes for Loko, while Jönköping went with Hugo Alnefelt, who had made a few huge saves for the Swedes in Sochi.

The teams didn’t get off to fast start. Yaroslavl didn’t skate into the offensive end with numbers, while HV71 head-coach Jonas Holmström didn’t have much roster depth to begin with and was also dealing with a few injuries, which explained his unwillingness to spend much energy early on.

Jönköping got the first penalty of the game. ‘Railway men’ spent a lot of time in the offensive zone but their shots weren’t too accurate and they almost never hit the net. Soon after that the Swedes got their initial powerplay of the night as well as Ivan Lisin got sent off for tripping. However, Konovalov had even less work than Alnefelt. Ten minutes into the game Loko captain Georgy Ivanov got a 5-minute major and game-misconduct for checking to the head. That was closely followed by Daniil Misyul chipping the puck out of play, leaving Yaroslavl down 2-man for two minutes. Having survived it, Russian team went back to offense. Vladislav Rybakov’s line, who led Loko at tournament in points, was in the spotlight. Alnefelt had to make a few huge saves so the teams would be tied with no score after 20 minutes of play. 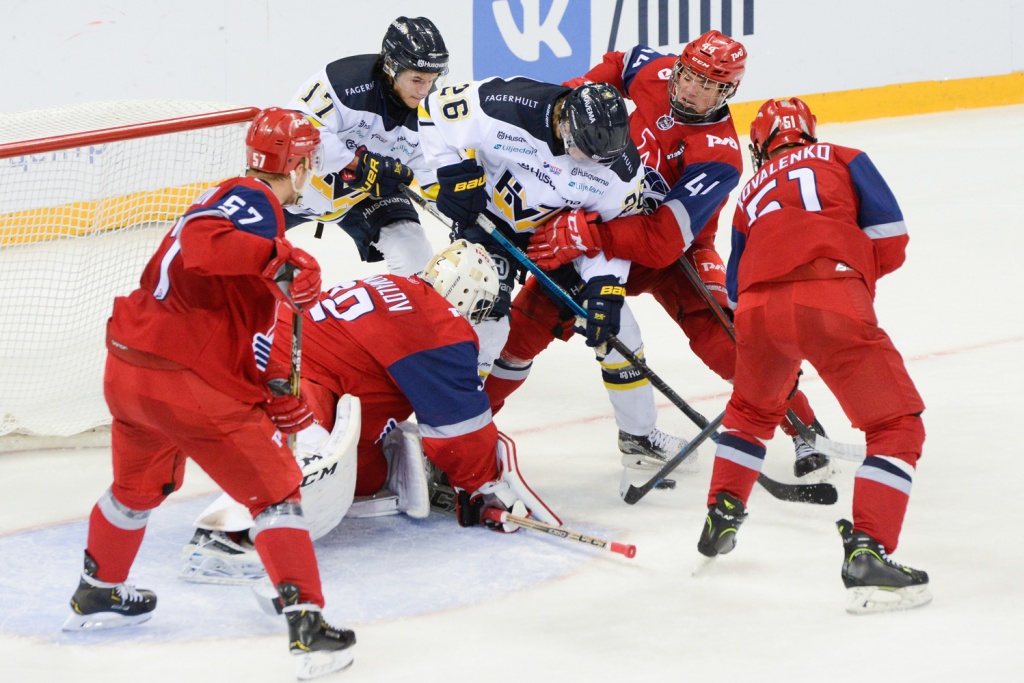 Not even 30 seconds into the second frame Jönköping opened up the scoring – Max Wennlund buried the rebound past Konovalov as Lukas Isaksson took the initial shot. That wasn’t in the plans for Dmitry Krasotkin and his men and that’s why Yaroslavl rushed down the ice looking for an equalizer. Kirill Slepets failed to convert on a great scoring chance, and before that the puck hadn’t ended up in the net only by miracle. Loko got back even when both teams were down a man – Nikolai Kovalenko scored his third goal of the tournament. Yaroslavl did their best to score another one right away but the Swedes were very disciplined as always and played smart defensively. Ebbe Fjellström got a minor penalty and that led to HV71 scoring another goal. Fjellström jumped out of the penalty box, got the puck and shot it with a spin to make it 2-1 Jönköping after 40 minutes of play. 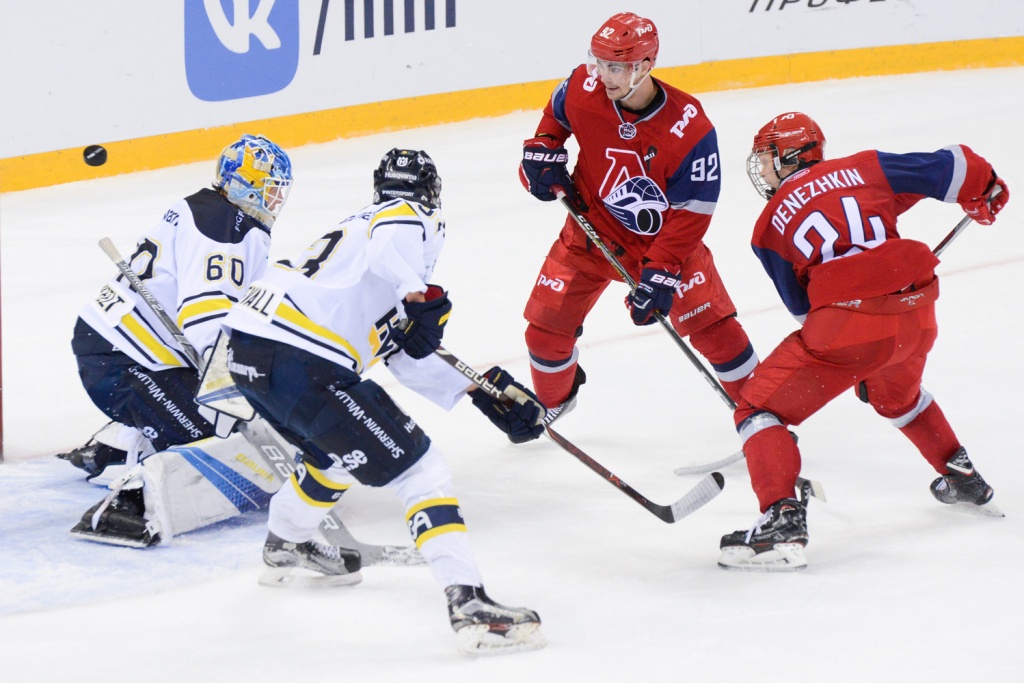 Loko came out hard for the third stanza but HV71 were ready for that and didn’t cling to their net. Danil Gizatullin could have tied it up after Anton Johannesson’s turnover but it looked as if he didn’t expect such a wrapped gift himself and that’s why he shot it straight at goaltender. Loko got back even after Max Kardevall got a minor penalty. They put a few passes together in the offensive end, sent it cross-ice to Kirill Slepets and he one-timed it home. Three minutes later Yaroslavl got their first lead of the game – Danil Gizatullin had the quickest hands in the chaos in front of the net and made it 3-2 Loko. Late in regulation Jönköping pulled Alnefelt for the extra-attacker, a brawl broke out next to Konovalov’s net but nothing changed on the scoreboard. Loko defeated HV71 3-2 and won their second Junior Club World Cup in franchise history.

“I believe you should win the cup first and think about what to do with it after, so we didn’t think of anything yet,” said Loko Yaroslavl goaltender Ilya Konovalov. “Even now, 20 minutes after the final buzzer, I’m not that emotional in the dressing-room. I left it all out there on the ice. For the first time at the tournament we were trailing behind, we didn’t come into the game with the right mindset. The Swedes turned out to be the toughest team to play at the World Cup, they had an excellent game tonight. My KHL experience was very helpful tonight. I could read the plays better and anticipated rebounds. Lokomotiv are currently in Riga but I’m not worried about my roster spot. This has also been a very important tournament. We came here to work and not to relax by the sea. We proved it with our win.” 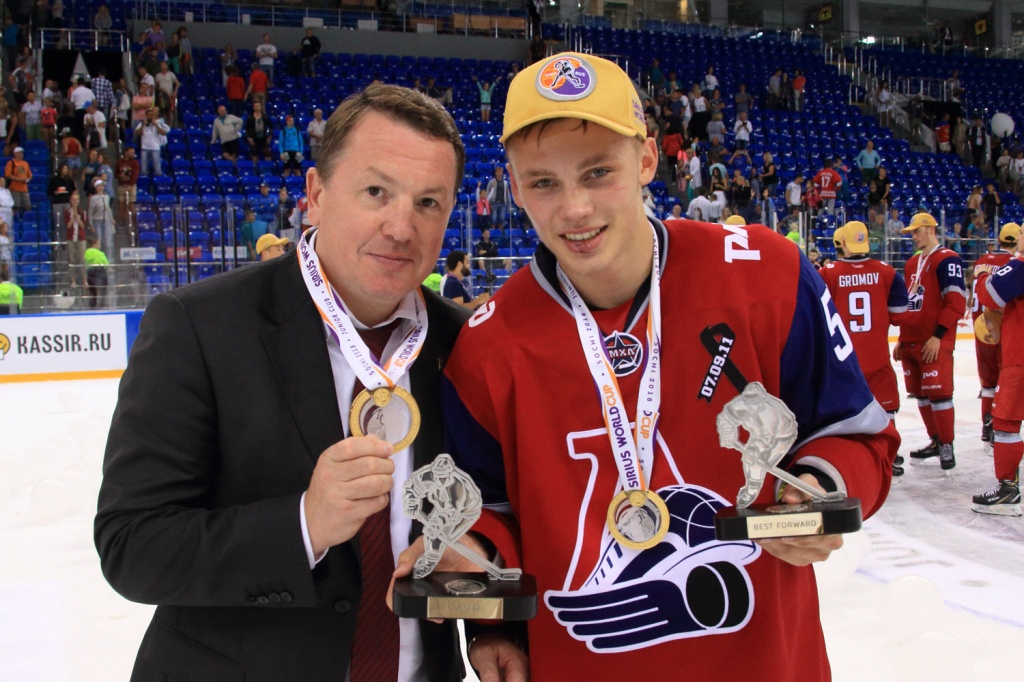