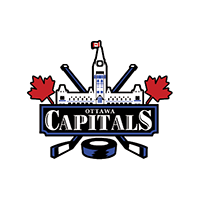 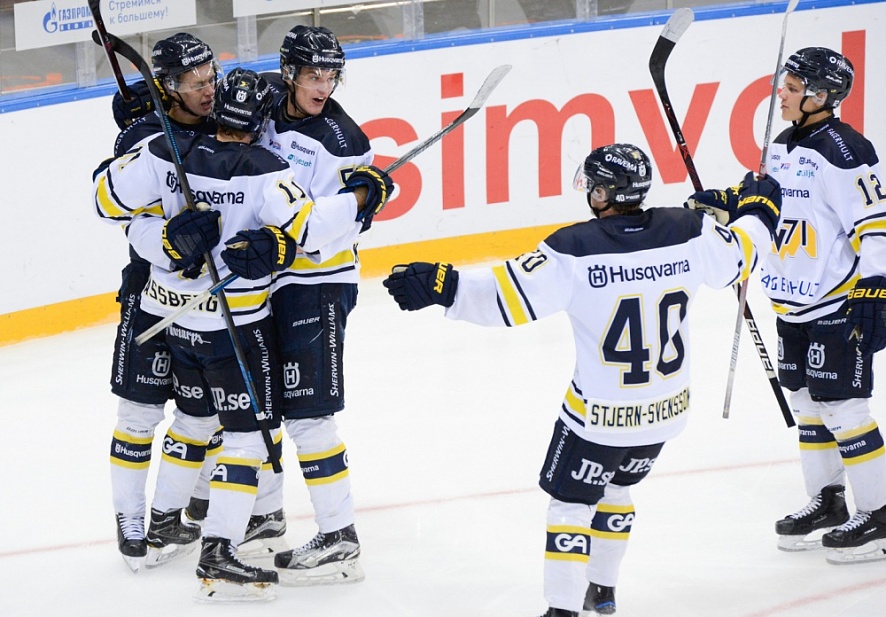 It’s the semifinal round of the 2018 Junior Club World Cup. First game of the day was between Canada and Sweden – Ottawa Capitals, who had finished 2nd in Group A, faced HV71, who had gotten the maximum amount of points in round robin.

Both teams made goaltending changes after their previous games. Liam Souliere took the goal for the Capitals, while Hugo Alnefelt got the nod on HV71. On top of that, Jönköping dressed just six defensemen for the game as Sebastian Ehrehnflod got seriously injured in the game against HC Davos.

Capitals managed to pull through the first couple of minutes, in which the Sweden were dominating but all they managed to get into the net was Max Wennlund, while Max Thorwalls visited Ottawa bench – Ryland Mosley sent him there was a huge hit. Canadians created the first real scoring chance of the game. Darcy Walsh got in on a breakaway but Alnefelt brought the fans to their feet with a great glove save. Soon after that the Capitals put a few good passes together in the offensive end and took another shot but Alnefelt did the splits to keep it a tie game. A little later HV71 went on a powerplay and converted. Lukas Isaksson made a great pass from behind the net and all Max Wennlund had to do was send it into the wide-open cage to make it 1-0. Shortly the Swedes doubled their lead with a shorthanded marker. A quick counter-attack, a backhand shot by Anton Heikkinen and Souliere saw another one fly past him. Another penalty – and another goal. Heikkinen scored his second of the afternoon to put HV71 up 3-0. 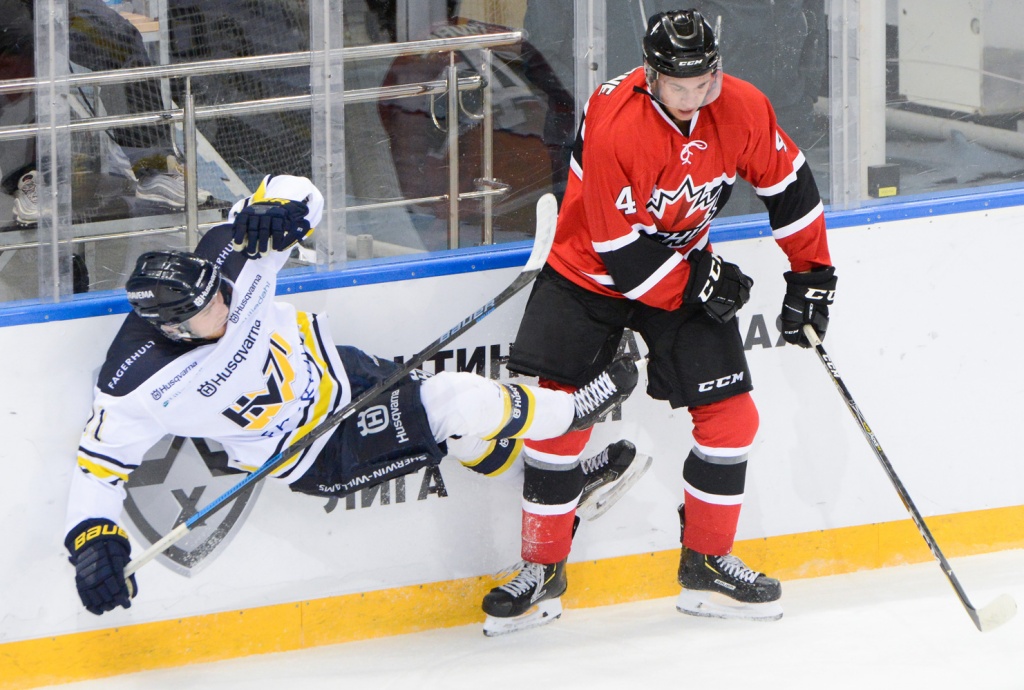 Capitals came in hard for the 2nd period and finally got on the board as well. Alex DiCarlo lost his balance in the slot but quickly got up back to his feet, found the puck and sent it in off a spin to make it a 3-1 hockey game. Ottawa rushed down the ice looking or another goal, while Alnefelt and his defensemen had to stay smart on defense for a few minutes. Having survived that, the Swedes restored the 3-goal margin. They set camp in the offensive end, took a few shots on the rebounds and Kalle Smedberg found the back of the net. Less than a minute later 15-year-old Joshua Barnes got on a break and beautifully beat Alnefelt to put the Capitals back to within two. Ottawa had a slight advantage till the end of the frame. Smedberg got a minor penalty, leaving his team down a man, but Jönköping easily killed it off. 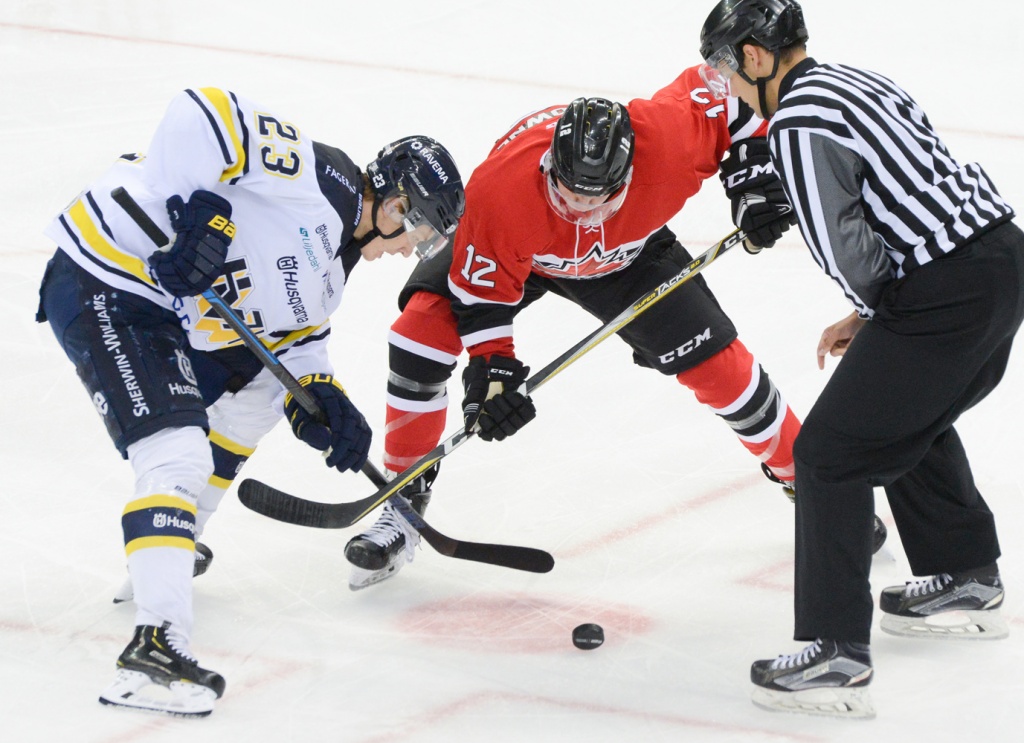 Early in the 3rd stanza it looked as if in fact it was the Swedes who were down by two and had to act. Souliere played well, robbing HV71 players on a few good scoring chances. Jönköping tried to simplify their game and play smart defensively, and they were good at that, especially while shorthanded. With about five minutes remaining to play in regulation, the Capitals got a very unnecessary penalty. When Ashton Fry came back on the ice, Ottawa had just over three minutes to find a way to score twice. There was also some fighting involved – Darcy Walsh and William Fransson got off-setting minors for roughing. Late in the period the Capitals pulled Souliere for the extra attacker but they ran into a discipline problem. Konnor Maccormick punched Kardevall in the face, leaving a pool of blood on the ice, getting a game-misconduct. In the end the score remained unchanged and HV71 proceeded to the final. Ottawa Capitals will play for bronze. 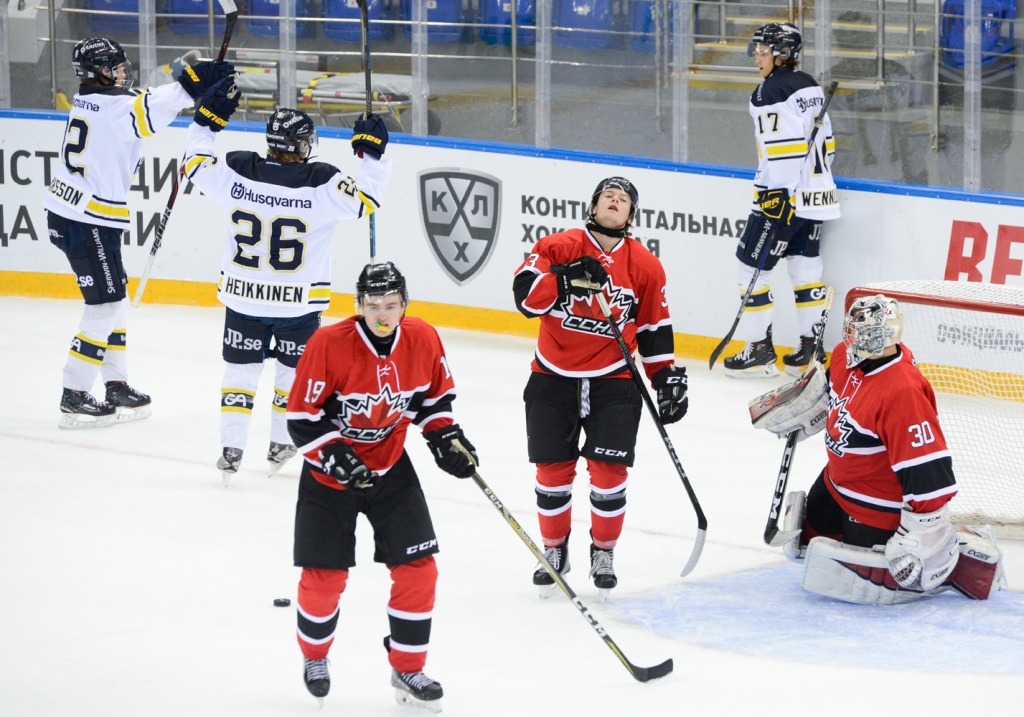 “Everything went wrong for us right from the beginning. We allowed three unanswered goals in the first period. We did well in the second period but we ran out of energy in the third and failed to go for one final push,” said Ottawa Capitals head-coach Mark Grady. 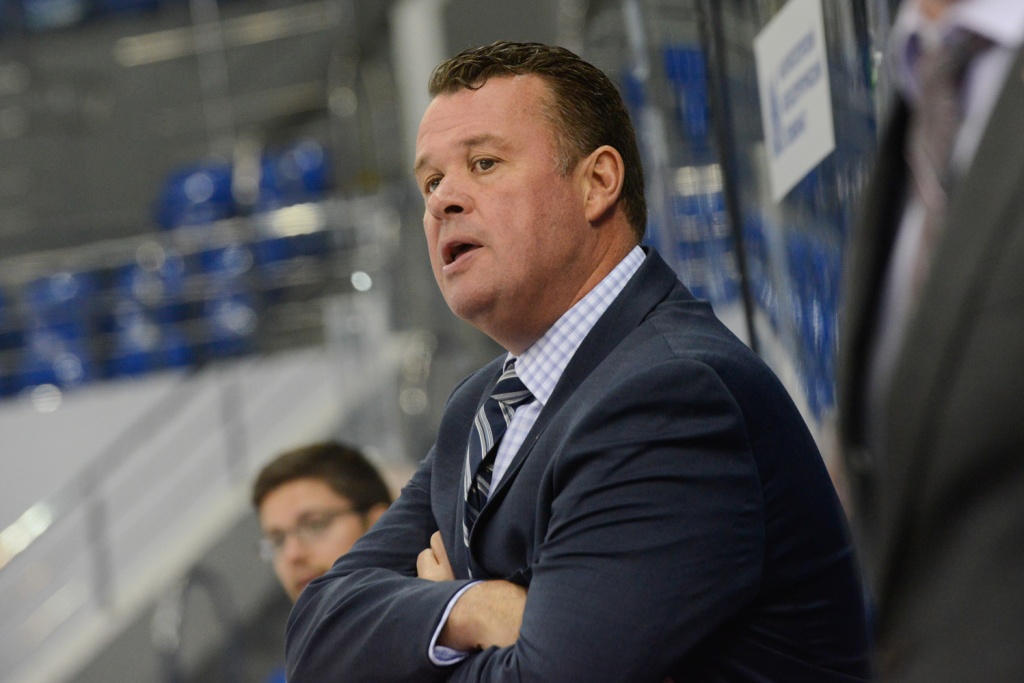 “It’s laughable to think that I told somebody to take somebody out. It never happens on the bench. Yes, I asked my players to play tough, to lay body but in that particular incident was just bad luck, there was no malice. Some drew parallels between that episode and Bobby Clarke’s story at the 1972 Summit Series, in which Team USSR forward Valery Kharlamov had gotten injured. I have to say that I don’t draw such parallels. I saw that Superseries game. I think we play differently. My team in Canada is the least penalized in the season. Because you can’t win if you have a penalty box full of your players.”

“That hit on Heikkinen was very dangerous. Unfortunately, it happens sometimes. We played well. I like how we did on a powerplay. We have to use it in the final game,” said HV71 head-coach Jonas Holmström. 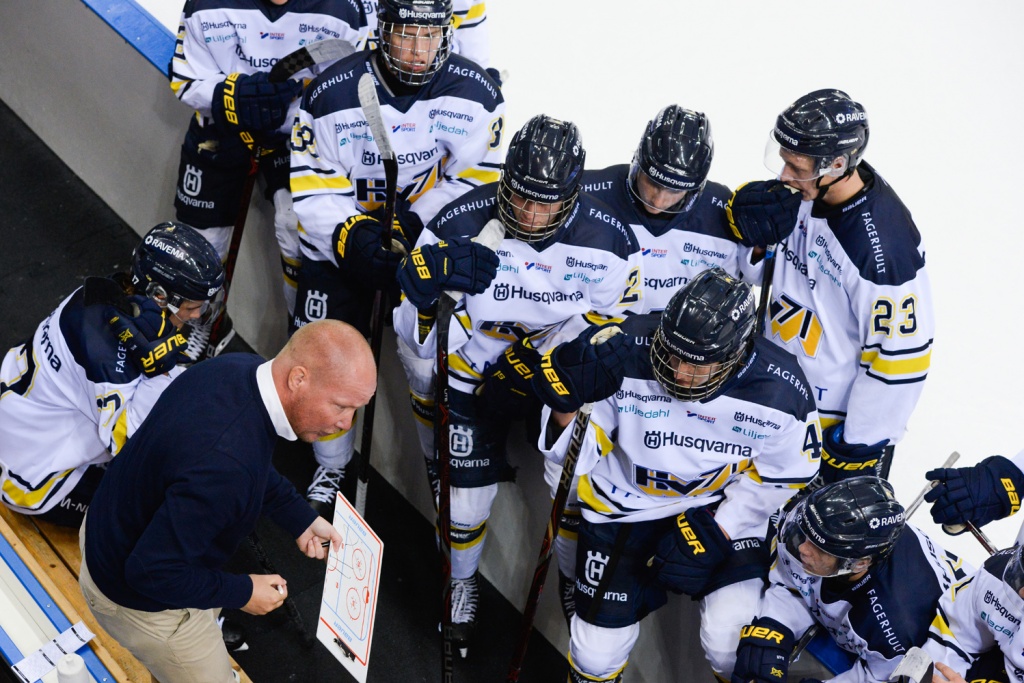 “I didn’t talk to my players about the episode. At a certain point they had a choice to make – either fight Canadians or keep on playing. I asked the boys to keep on playing and don’t mind the provocations. As for injuries, Kardevall just cut his lips. He’s definitely going to play in the final. As for Heikkinen, he’s currently in the dressing-room. It’s too early to say how serious it is. I really hope that I can count on him tomorrow. We have a short bench. I wouldn’t want to get even shorter. It’s always important to play to win whoever your opponent may be. It’s not just another pre-season tournament for us. We have a chance to win an important trophy this summer.”