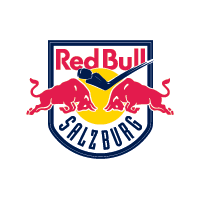 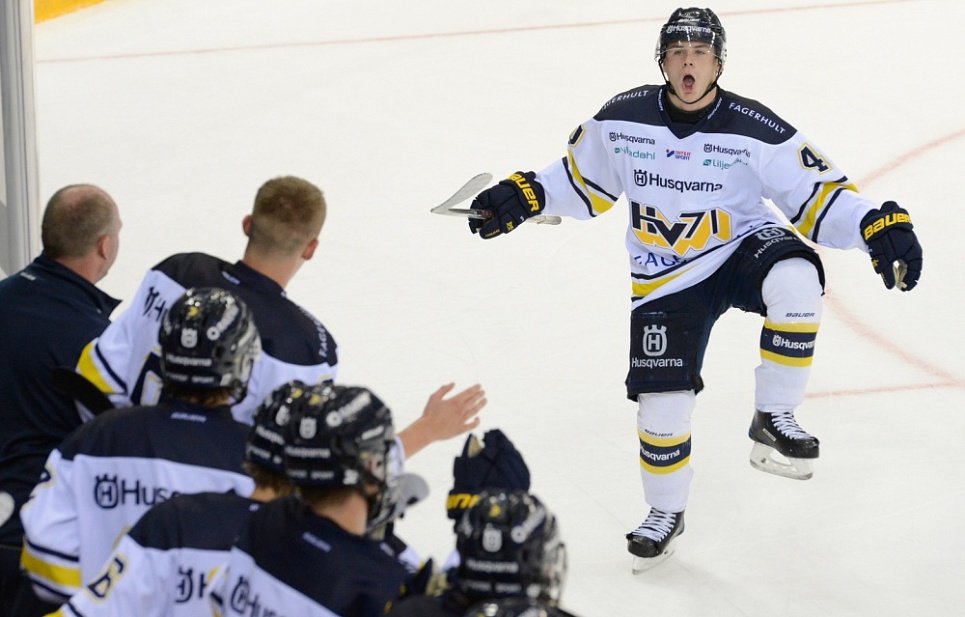 In the evening game of Day 4 of the 2018 Junior Club World Cup two top teams of Group B hit the ice – HV71 from Jönköping, Sweden faced Red Bull of Salzburg, Austria.

The game got off to a bit of a chaotic start but the Swedish side managed to score on one of their first good offensive rushes. Leevi Laakso stopped David Karlsson’s shot but Lukas Isaksson was first on the rebound to bury it. First penalty of the game was an off-setting minor – Joakim Stjern-Svensson stapled Bastian Eckl to the boards and almost sent him over to HV71’s bench. Eckl had a bit of an argument with the Swedish players and as a result Stjern-Svensson and Eckl both got two minutes. Late in the period HV71 doubled their lead – Sebastian Ehrenflod sniped it with a long shot to give Jönköping a 2-0 lead after 20 minutes of play. 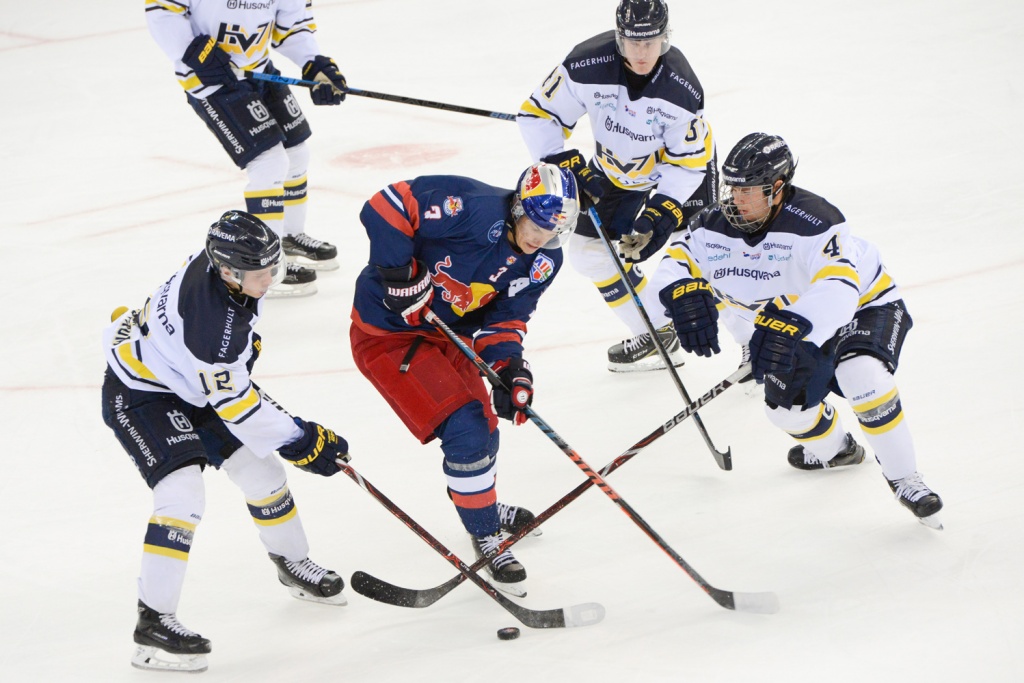 Austrians did their best to get back even in the 2nd frame. They were successful at gaining the zone but took very few shots on Hugo Alnefelt. Red Bull had a few powerplay opportunities but the Swedes were well-organized and in the end got what they wanted. Stjern-Svensson skated down the left wing and beautifully saucered it to Ebbe Fjellström who tapped it home from the blue paint to give HV71 a 3-1 lead. Red Bull played the remainder of the period shorthanded but still spent a lot of time in the offensive end – yet, to no avail. 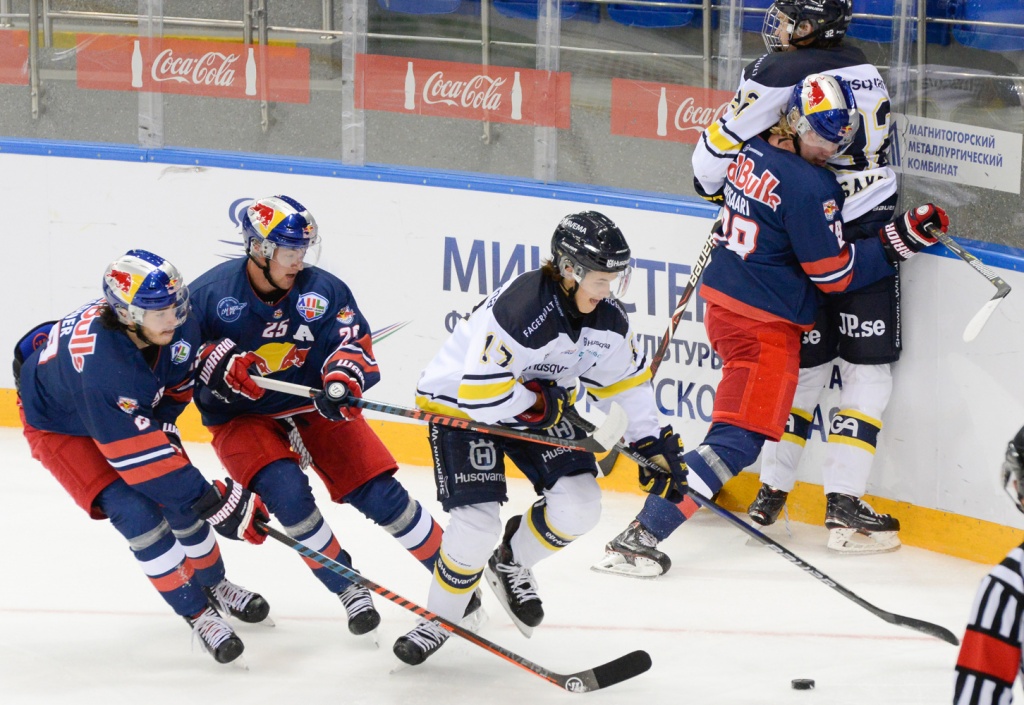 3rd stanza continued in the same fashion. Salzburg tried to get something going in the offensive, while the Swedes calmly played defensive hockey and looked for their chances to counter-attack. Sometimes players from both teams were given off-setting minors for roughing as the game was getting more chippy towards the end. At one point Red Bull found themselves with a 4-on-3 man-advantage and finally solved Alnefelt – Filip Varejcka put it home, as Justin Schütz, one of the top scorers of the tournament, picked up an assist. 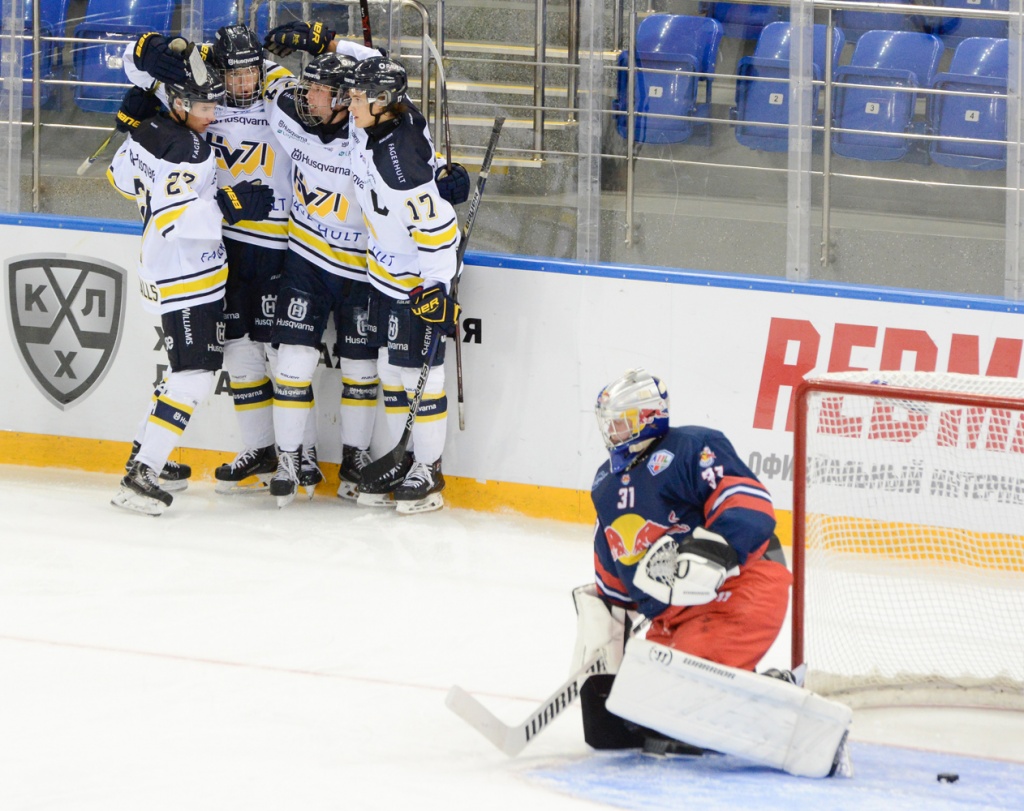 Austrians had some good chances to get back even but they ran into a penalty problem. They received three minors in the final ten minutes of play, which is a ludicrous luxury to have with a 2-goal deficit. HV71 players also played a bit dirty but still looked good in their defensive end. In the end Jönköping won 3-1 and became the first team to lock a spot in the semifinal round of the 2018 Junior Club World Cup.

“In the opening period we saw our opponent park a bus in front of their net and we realized we wouldn’t be able to score nine goals like we had done in the previous game, because we were up against a team of a different level,” said Red Bull Salzburg head-coach Teemu Levijoki. 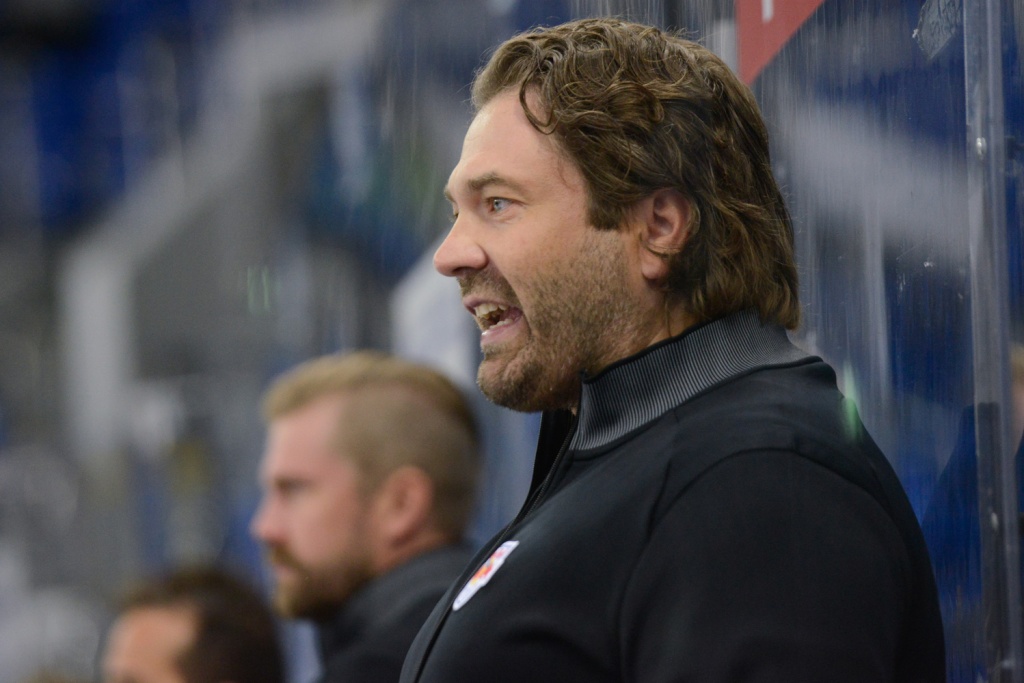 “It was a great lesson for us. We learn with every game. We did better in the second period and then scored in the third. We proved with that last period that we get better as the game progresses. We must win in the next game but it doesn’t pressure us. We came to Sochi to learn. We want to see what we can do in the games against tough opponents. So I would be happy to play against such a strong team as Loko, for example.”

“It was a very rough game. Red Bull played well but careless and we made them make mistakes,” said HV71 Jönköping head-coach Jonas Holmström. 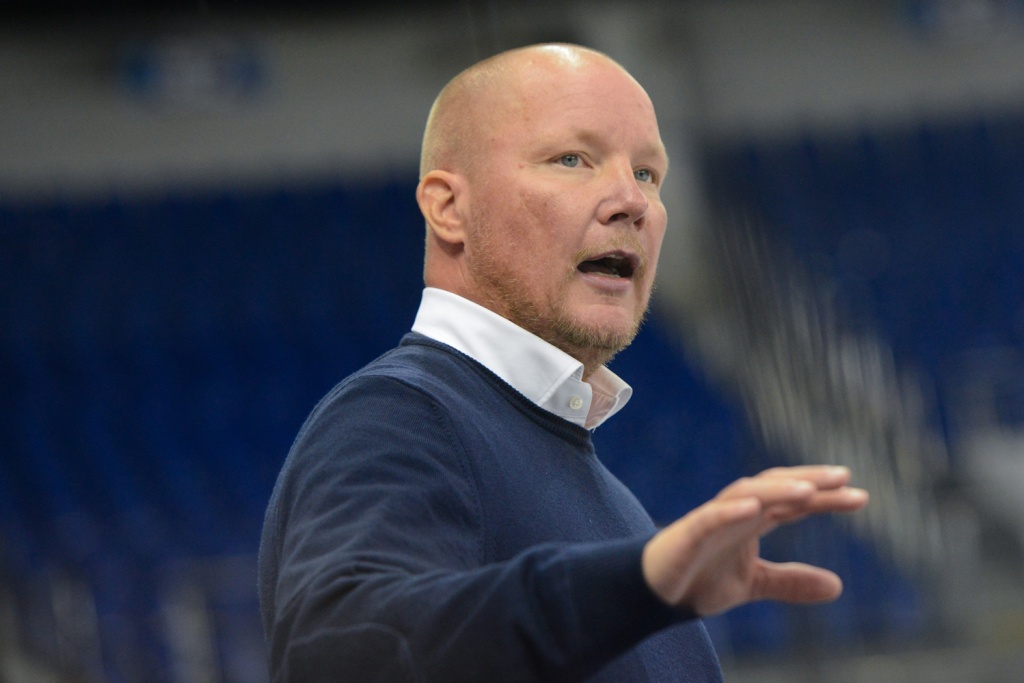 “We have guaranteed ourselves a playoff spot but the game against Davos won’t be just a practice for us. We have to win in every game. That’s what we teach our players. It’s going to be a good and energetic game. Our potential opponents in the playoffs are Loko or Ottawa. We’re going to prepare for both. Loko’s biggest asset is their individual skill. Capitals put everything on net and play tough. Who would I want to play in the semifinal? We are ready to beat any Group A team.”