NO SENSATION. LOKO BLOWS PAST KUNLUN

NO SENSATION. LOKO BLOWS PAST KUNLUN

Day 3 of the 2018 Junior Club World Cup continued with a Junior Hockey League matchup. Loko, who had beat Ottawa Capitals in their first game of the tournament, faced Kunlun Red Star Heilongjiang.

Just like in the afternoon game, Loko and Kunlun delegated new goaltenders. Paris O’Brien started for Kunlun, while Vladislav Okoryak made his debut for Yaroslavl.

First task for Kunlun was to survive the first few offensive rushes by ‘the railway men’. Steve Kasper’s men were able to do that and even more so as they scored the first goal of the game that surprisingly came shorthanded – Zuo Runcheng made Yaroslavl pay for an awfully clumsy defensive play and caught Okoryak completely off guard. It didn’t take Loko long to answer – they moved the puck laterally through the offensive end and Vladislav Rybakov put it in the back of the net. Vladislav Chervonenko got a penalty after that but it didn’t stop Russians and they scored another one. Mark Pavlikov decided to shoot it from the blue line and he sniped it top-shelf past O’Brien. Right after that Kunlun got a long 5-on-3 powerplay but Loko survived it and went on to convert on their own man-advantage. This time it was Roman Bychkov who roofed it with a long shot. Loko got lucky with their fourth goal – Georgy Ivanov was making a cross-ice pass but the puck ricocheted back to the blade of his stick and he tapped it home from in tight. 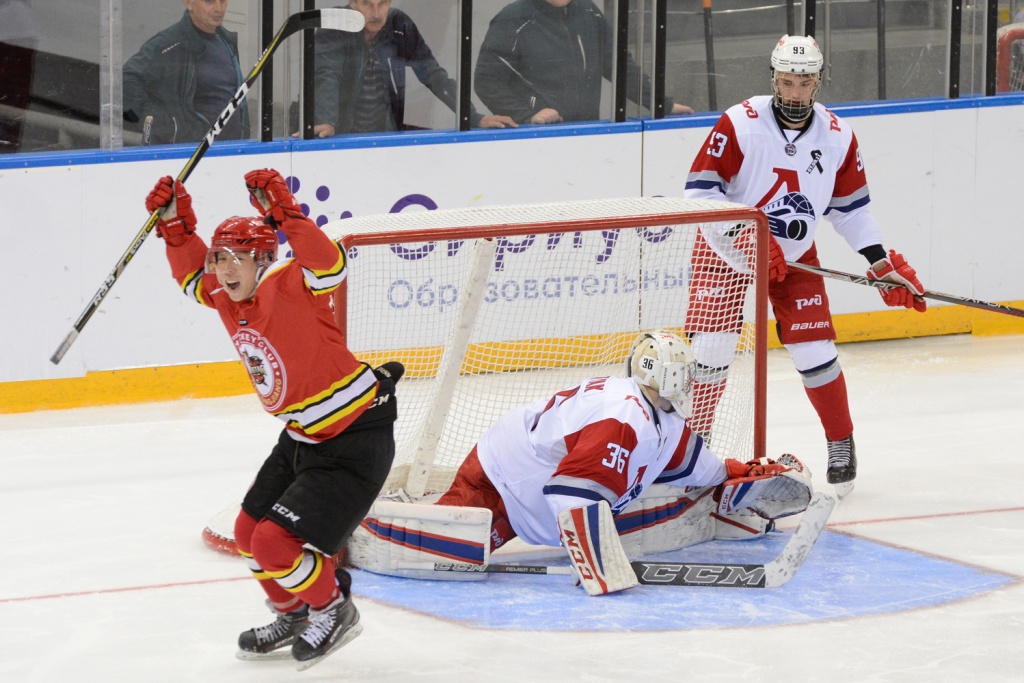 Yaroslavl powerplay unit stayed productive in the 2nd period of play – Daniil Misyul got another one past O’Brien. Less than a minute later Grigory Denisenko scored his first goal of the tournament to make it 6-1 Loko. A little later Loko capitalized on yet another man-advantage – this time it was Vladislav Rybakov who put it in off assists by Nikita Anokhovsky and Nikolai Kovalenko. Filip Krasanovsky replaced Paris O’Brien in goal after that. Czech netminder looked more solid and didn’t let Yaroslavl score on him for the remainder of the period. 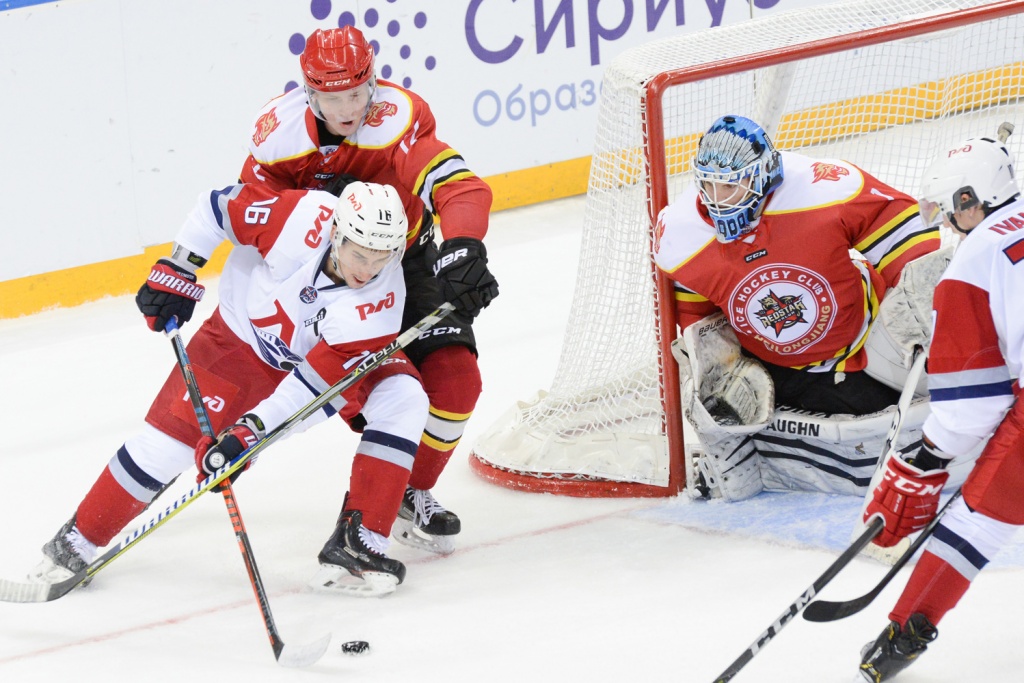 Early in the final frame the teams played some 4-on-4 hockey but next Loko goal came at even strength. This time it was Denis Morozov who scored his first of the Junior Club World Cup. Yaroslavl continued to dominate on the ice. They could have further improved their lead but Denisenko failed to convert on a breakaway. Huang Qianyi also got in on a breakaway but Okoryak came out on top. The score remained unchanged till the final buzzer. Loko win 8-1 and will face Jokerit in their final game of round robin. Kunlun Red Star will play against Ottawa Capitals.

“We warned our players that the Chinese won’t give up easily. We got off to a shaky start and allowed a fluke yet logical goal,” said Loko Yaroslavl head-coach Dmitry Krasotkin. 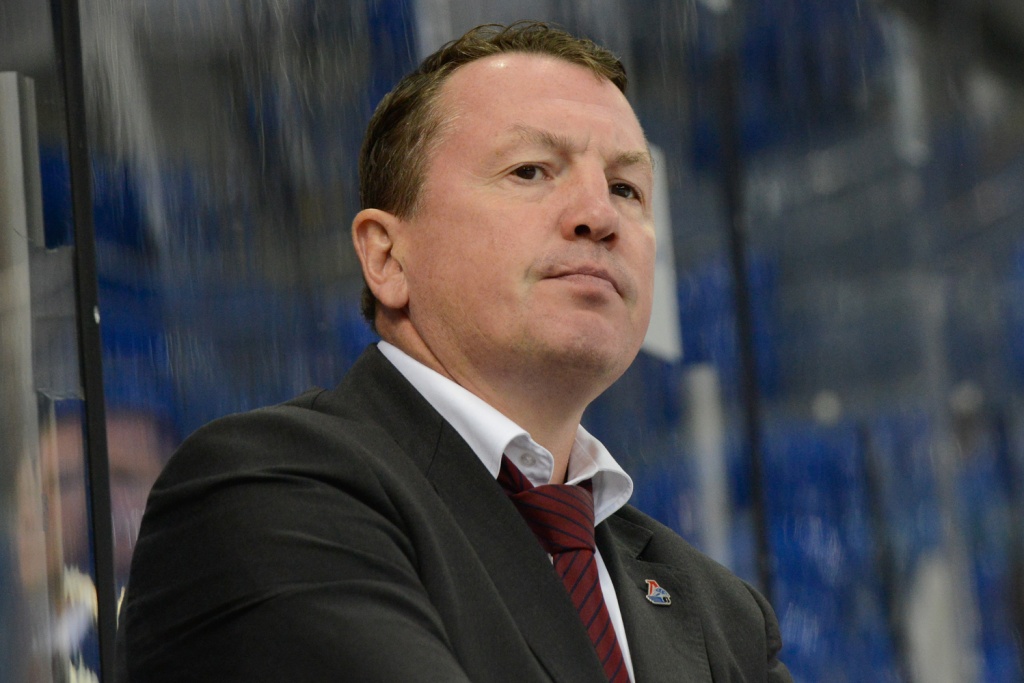 “The boys know themselves that they didn’t play up to their full potential. They had to do better. Once again we had a few discipline problems. A horrendous mistake led to a goal. You just can’t make mistake like that. The boys can do better and they have to pay for every mistake they make. I wasn’t thinking about setting scoring records. Scoring more goals was on the agenda. It’s the game that worries me. We out-skilled the opposition but at a certain point our players got arrogant. Former Loko player Yaroslav Yakovenko is now on the Chinese team but he didn’t surprise us with anything today. We’re going to prepare for Jokerit now. I think, the boys are going to wake up and play harder.” 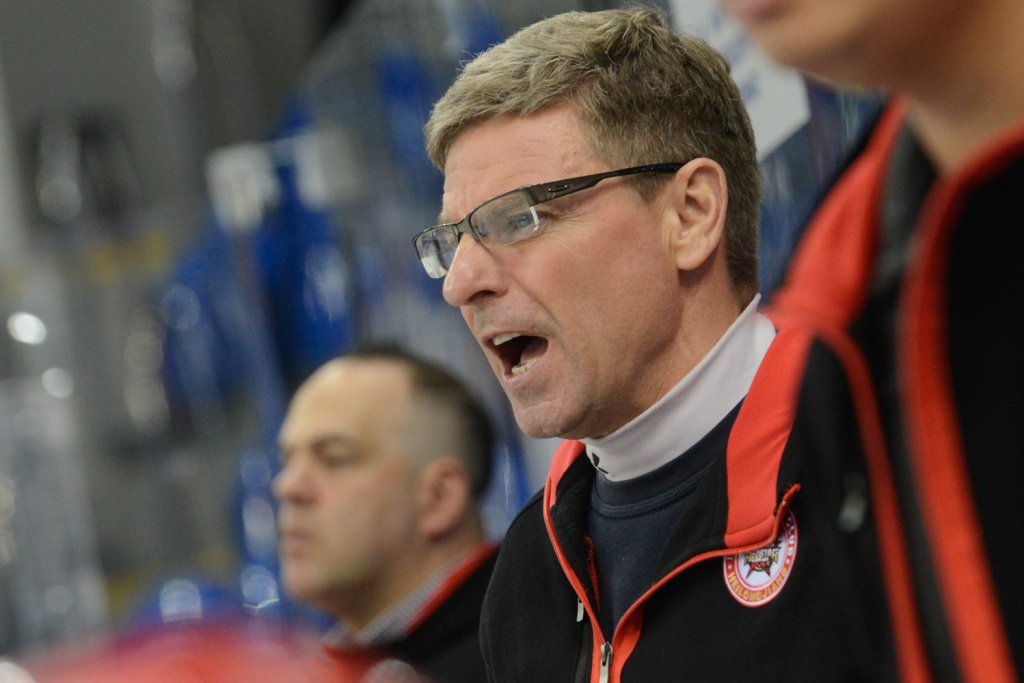 “It looked like we played at different rinks today. We started with good five minutes but then were unable to compete at that level,” said Kunlun Red Star Heilongjiang head-coach Steve Kasper. “At times it looked as if our opponents were making fun of us. Loko have players with tremendous leadership, skating and teamplay. One positive moment is that we managed to score a goal and it was a Chinese player who did it. Believe it or not but Kunlun played better today than three weeks ago at a tournament in Stupino. Although, we are far away from what we want to be.”