In 2014 the tournament was not held in Omsk. Ufa was the site of battle between top junior teams from around the world. Ten clubs from Europe and North America travelled to the capital city of Bashkortostan. After three years in Omsk, Junior Club World Cup moved to Ufa and the puck dropped on August 22nd, 2014. 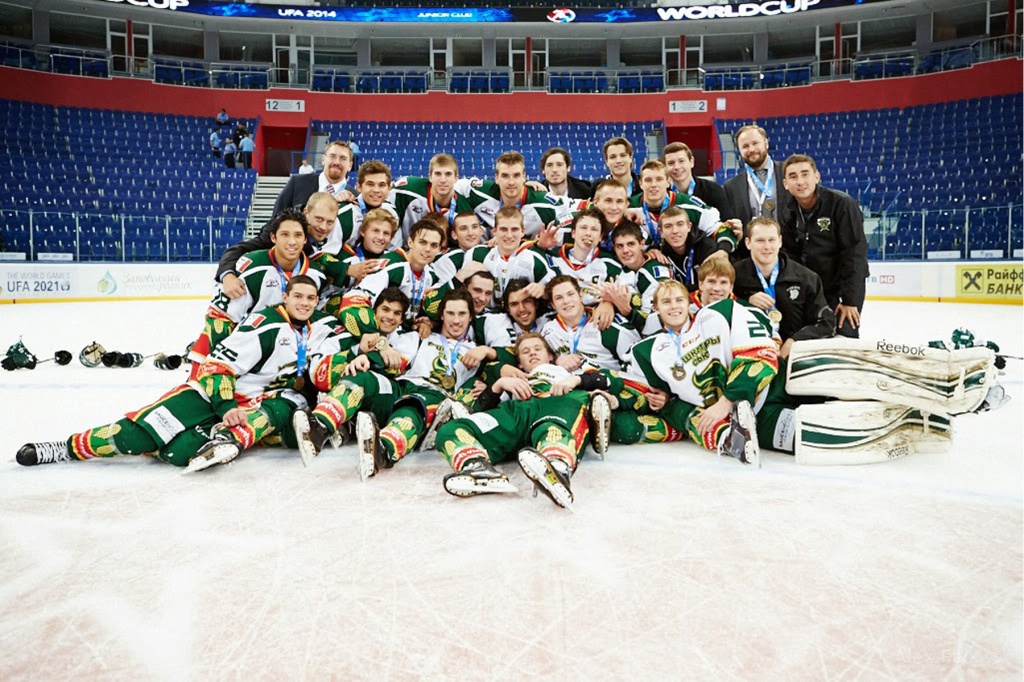 This year the final game was all-Russian. Neither USHL team, nor their peers from Canada could make it to the decisive match-up. Sioux City Musketeers played some great hockey in round robin but lost two games at the tournament. Interestingly enough, they lost to the two teams who went on to compete in the gold medal game. First they lost to Spartak and then to Tolpar.

Tolpar came out hard for the final game as they wanted to give their fans something to cheer about and they did just that. Ufa took twice as many shots as the red-and-white and if it wasn’t for Alexander Trushkov, who played outstanding hockey late in the tournament, Tolpar could have easily had a big lead. However, they led just 1-0 after first period of play. Vasily Zhilov put the home team on board. First he dangled his way around Spartak defenseman Sergei Alexeyev and then picked top corner with a nice wrist shot.

In the last ten minutes of regulation Spartak pulled back and did nothing offensively. The puck bounced right next to the goal-line a few times providing a nerve-wrecking finish to the fans. However, Tolpar couldn’t clinch the win in regulation and the game went to overtime.

And it was one overtime local fans won’t forget soon. Ten extra minutes saw two Tolpar and one Spartak minor penalties, a flurry of scoring chances, each and every one of which should have ended with a goal, and some spectacular performance by both netminders. Nevertheless, it was Spartak who took Tolpar down in a shootout, adding Junior Club World Cup championship to their Kharlamov Cup. 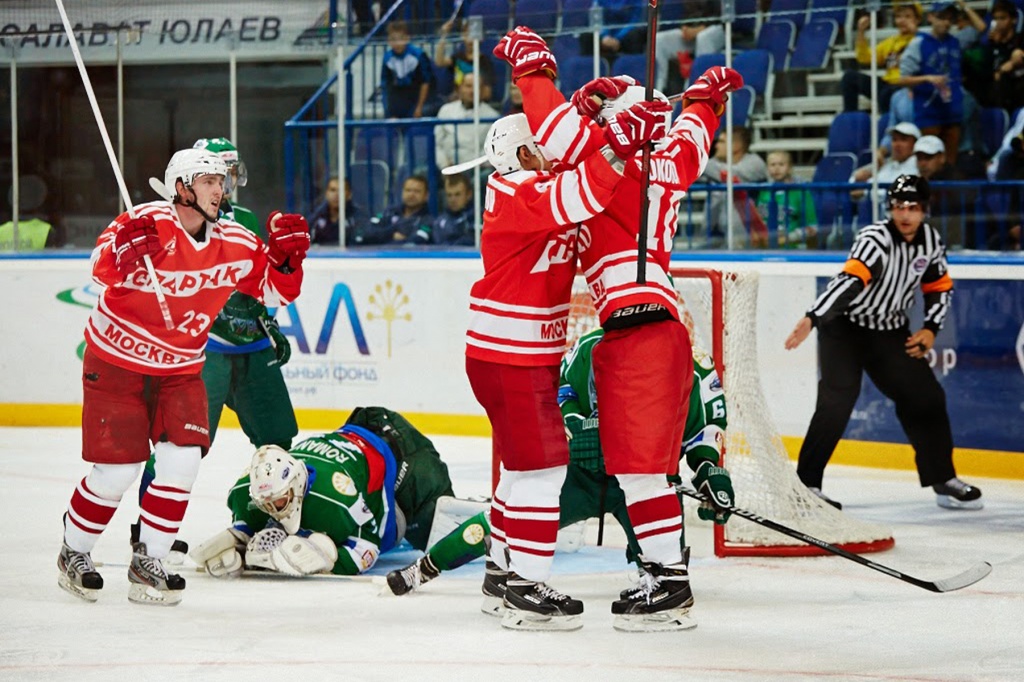