I first began skating at Sozvezdia ice palace in Yasenevo, Moscow. My father had taken me to the rink and after that I learned how to skate there for two months and then signed up for Pingviny junior hockey school for six months. After that my first coach took me with him to Rus junior hockey school, where I played since I was 5 years old till I was 16. I have never gone to kindergarten because I had a lot of practices. My father loves hockey madly so signing me up for other sports was out of the question. My first coaches are Nikolai Yakovlevich Pavlov and Sergei Viktorovich Tolstykh.

Nikolai Yakovlevich is one of the best coaches in kid hockey I have ever met in my life. He can find approach to kids, he talks to them and teaches them how to play right. He currently works with 2003 year born kids at Rus junior hockey school. I played one game for CSKA junior hockey school team, by the way. Their school finished first in Moscow championship and they went to play for Regional Cup. Those teams have the right to take up to five players from other schools as reinforcements. So they took me and Pavel Podluboshny from Rus. 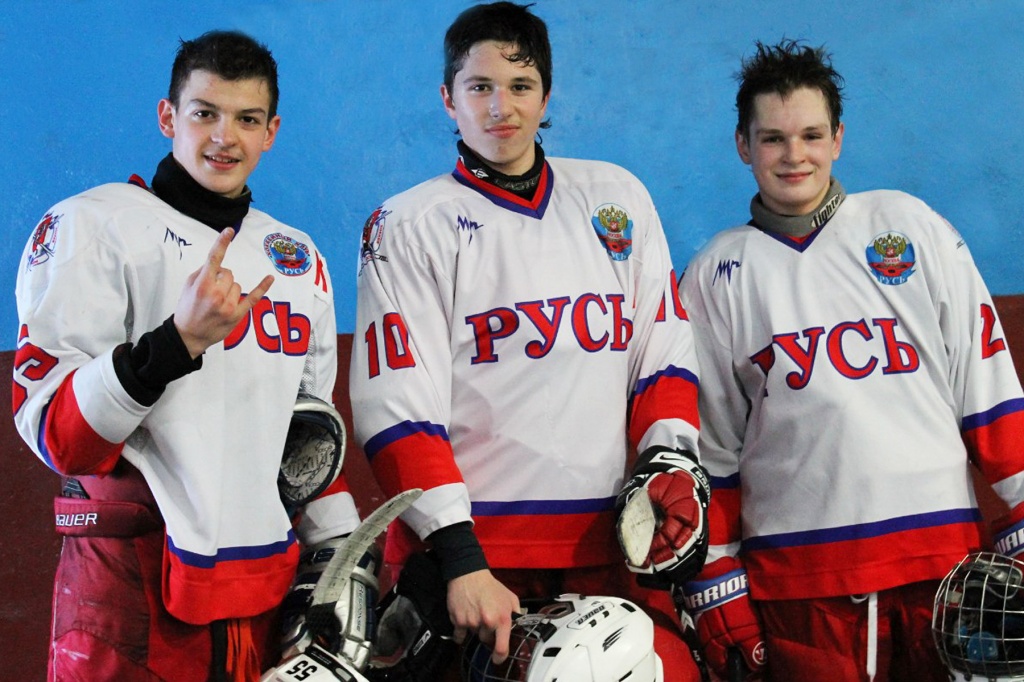 My position is forward

…although, in the beginning I was a defenseman, even though it’s hard to believe. I decided to switch to playing forward myself. One day I just came up to my coaches and asked them to switch me to another position. They saw me as a defenseman and told me that it would be better for me in the future. In junior hockey school I was on the third defensive pairing but when I switch to forward I made it to the top line. The most difficult thing for a center is to connect defensemen and wingers. It’s a very responsible position I don’t regret choosing it. I really like the way Evgeny Malkin plays as a center, I followed him a lot. Incidentally, my coaches nicknamed me ‘Professor’, which is what they called Igor Larionov.

It’s an interesting story how I joined Spartak. A year before I graduated from Rus junior hockey school, many guys had been taken by other teams, while Mikhail Syroyezhkin and I went to Spartak by our own volition. We practiced with their 1997 team and then joined the team in Gomel for the camp. I remember how I met the guys and almost all of them were older than me. They still had a lot of players from their championship season back then. It was my first experience practicing with older players and I have many vivid memories from that time.

After that camp with JHC Spartak I had to go back to Rus for three months. Then I was loaned to Spartak’s 1997 team. During the New Year’s break Nikita Li and I were called up to JHC Spartak. I will never forget how we played an exhibition game against Atlanty Moscow Region. It was a whole new level. Nikita and I had junior contracts before the start of the playoffs. When several players got injured, we were put on the roster but never played a game. So technically I’m not a member of the 2014 JHC Spartak championship team, although I was on the roster.

After Vladimir Tyurikov became the head-coach of the team, I went to Ufa with Spartak to compete for Junior Club World Cup. All older players were helping me a lot and gave a lot of advice. I scored my first career Junior Hockey League goal in my very first game for Spartak against Red Bull Salzburg. I scored off Sergei Klechkin’s assist. I still have the puck at my place. Ilya Pavlyukov wrote the date and the game on the puck so I wouldn’t forget. It was an indescribable feeling. I will cherish it my entire life.

It was a difficult season for Spartak because their KHL team ceased to be. In the end, we had pre-season camp with one group of guys, but then a lot of them left and we began the season with a different group of players. There were three of us from the 1997 team – Sergei Morozov, goaltender Kirill Kalinin and I. The core of the team consisted of 1995 year born players. I began that season on the third line with Sergei Klechkin and Igor Lapshov. We won the first round of the playoffs with calmly and solidly, sweeping Russkie Vityazi Moscow Region 3-0. Then we had to face Krasnaya Armiya Moscow. We won the first two games but then lost three in a row and got eliminated. I still can’t say what went wrong back then. 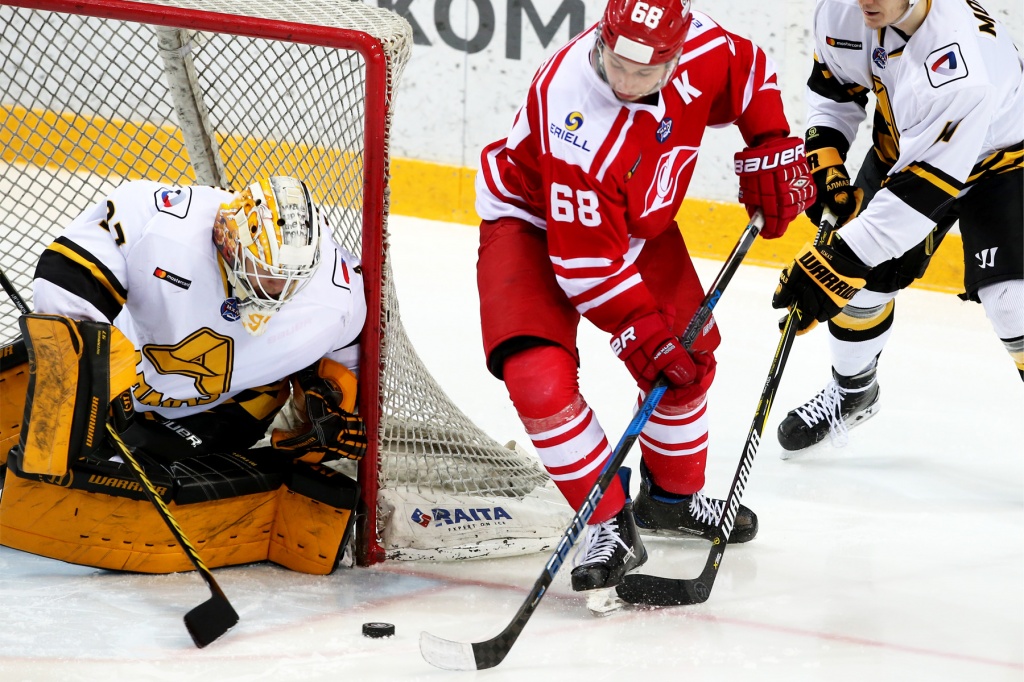 I can’t say that Russkie Vityazi are a tough opponent for Spartak. In my first career season we had beaten them solidly and two years ago they eliminated us. I think, it’s most likely just a matter of chance. Many people believe that the toughest opponent for us is Almaz Cherepovets, although we eliminated them from the playoffs this past season. I believe that luck is a serious matter. As the matter of fact, Spartak can beat any team.

In the series against SKA-1946 St. Petersburg we lacked energy sometimes. After all St. Petersburg had some real depth. It was frustrating to lose Game 2 of the series, allowing a goal in the dying seconds of regulation. When you look at the score, it might seem that SKA-1946 didn’t have any trouble winning the series, but it wasn’t like that. We battled till the very end. I was mentally devastated after that series and I didn’t talk to anybody for a long time. It was my last Junior Hockey League season and yet I didn’t win the Kharlamov Cup, unfortunately. As a captain, I had to rile up the team better.

He has been my friend ever since we were kids. We played on the same line for a long time. He’s the kind of guy that I understand on ice without words. It just so happened that we play for different teams and you have to forget about that on ice. Besides, I played for Spartak, while he played for Krasnaya Armiya, so we had to forget about our friendship for at least 60 minutes of play. We always talk after games. Even if we held any grudges against each other it was all part of sportsmanship. Of course, we can joke about one another and chirp at each other. We are real friends off the ice. We spent about 7-8 years together in junior hockey school. At JHL Challenge Cup we had great chemistry playing for Team West because I never understood anybody as well as Pasha. 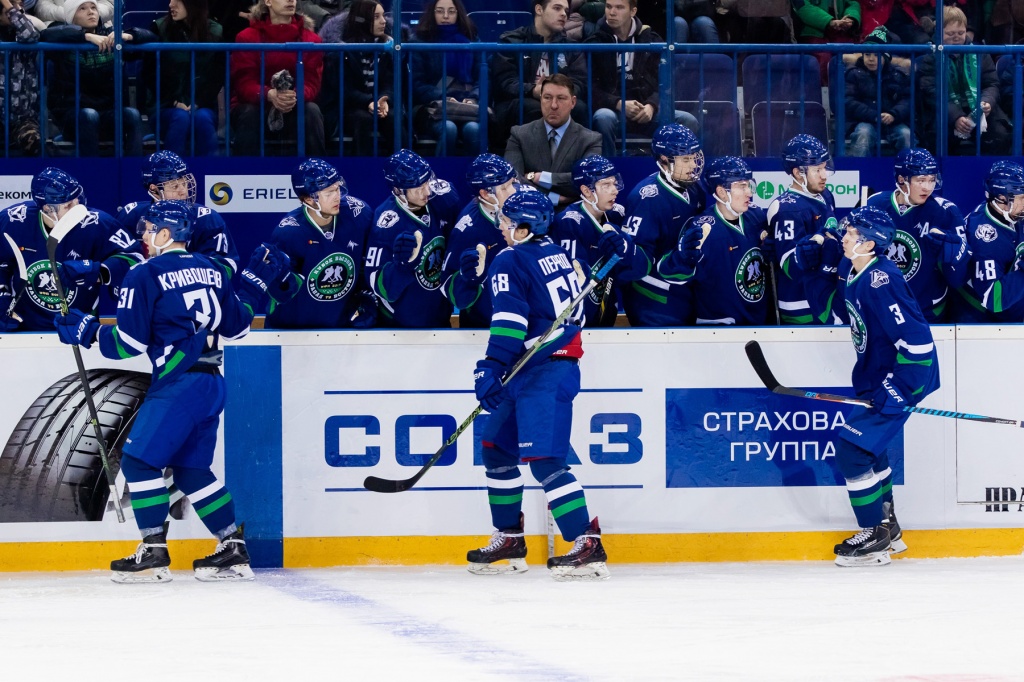 I was offered the captaincy for the first time in the beginning of last season. It was Vladimir Vyacheslavovich Tyurikov’s initiative. Up until that moment I hadn’t ever been a captain, only alternate captain. It’s a huge responsibility. I was glad I was trusted with it. I tried to do my best, gave advice to younger players and helped them out sharing my experience. It’s very important for young players. There are a lot of talented players on the team these days – Yegor Kruzhenkov, Mikhail Shalagin, Yegor Kravchenko… These guys have to be become leaders on JHC Spartak.

My first career goal and JHL Challenge Cup. I will never forget these moments. I was very glad to come to Ufa to compete for the JHL Challenge Cup. It’s an exciting event and it’s very important for JHL players. I’m grateful to those who selected me for the team and coaches who worked with us and put me on the same line with Pavel Podluboshnov. I’m also very grateful to Junior Hockey League for organizing the event. JHL Challenge Cup was a great experience.

I have mixed feelings about my Junior Hockey League career. I began a few seasons with injuries but I managed to score goals in the past few years, although I never went deep in the playoffs. I want to thank Junior Hockey League for my development as professional hockey player. I’m very happy to have played here.

He’s a talkative guy and a very talented hockey player. He has a great hockey sense, he’s really got the head for it. He makes quick and right decisions and that makes him stand out. I’m sincerely happy for Ilya. It’s a tough thing to do to become a regular on KHL team at his age, and yet he’s done it. I haven’t made my KHL debut yet. It was obvious that I’m still too young to play for Spartak’s first team yet and it’s entirely my fault. However, I did play in the VHL for Khimik Voskresensk.

I have never wanted to switch teams and never even asked my agent about any other offers. I have a contract with Spartak. It’s my hometown team and my family. My dad and other relatives always come to the games and support me. My girlfriend Irina always tries to come to my games after her classes. I want to make a name for myself on Spartak and prove that I can make a step forward on no other team but this one. 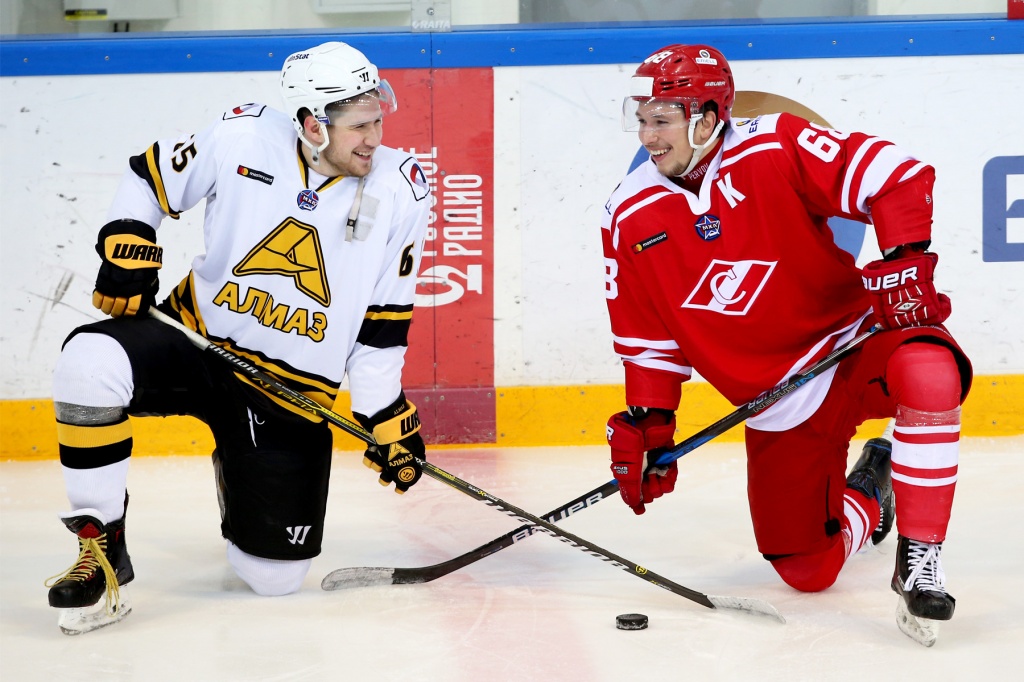 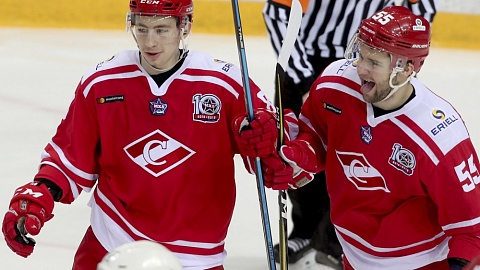