NIKOLAI KOVALENKO: “I LOST A FEW KILOGRAMS AT THAT PRACTICE WITH FIREMEN” NIKOLAI KOVALENKO: “I LOST A FEW KILOGRAMS AT THAT PRACTICE WITH FIREMEN”

“Attending draft ceremony isn’t mandatory and the clubs usually don’t send out invitations,” says Kovalenko. “That’s why I went to Dallas following my agent’s advice and I got there a little late. I was still on the plane during the opening round.”

- NHL teams drafted 14 Russian players this year. Have you talked to any of them?
- I didn’t see anybody at the ceremony. For example, Denisenko was drafted in the first round when I wasn’t even at the arena yet. I came to America with my dad, mom and my first coach Eduard Finatovich Timashev. They were all supporting me. In the end I got selected by the Colorado Avalanche – the team my dad used to play for.

- Andrei Kovalenko shared in one interview that he had given you advice to forget about NHL at least for a year.
- I discussed the draft and my future career with my dad. I absolutely agree that it’s too early to think about NHL. First of all, I have an active contract with Lokomotiv. Second of all, I want to prove that I can play at KHL level.

- Colorado already have a few Russian players – Semyon Varlamov and Nikita Zadorov.
- When I went to Avalanche practices I met Varlamov. I was glad to see him. He’s a high caliber athlete. We chatted a bit, he supported me and wished me good luck.

- Several pictures appeared on the Internet where you practice with firemen. What was that all about?
- I got to that practice by accident. In the morning, as usual, I went to see the guys practice and it was my pleasure to accept their invitation to join them. They called in a real fire truck and firemen just for that practice. I was offered to put on full equipment. For example, the extinguisher alone weighs about 20kg. A lot of people wanted to take it off even before we got to the drills. We went through obstacle course, looked for survivors in smoky rooms, and even tried to work with the hose. Turns out it’s difficult to handle it because of great water pressure. In the end, we lost a few kilos there. 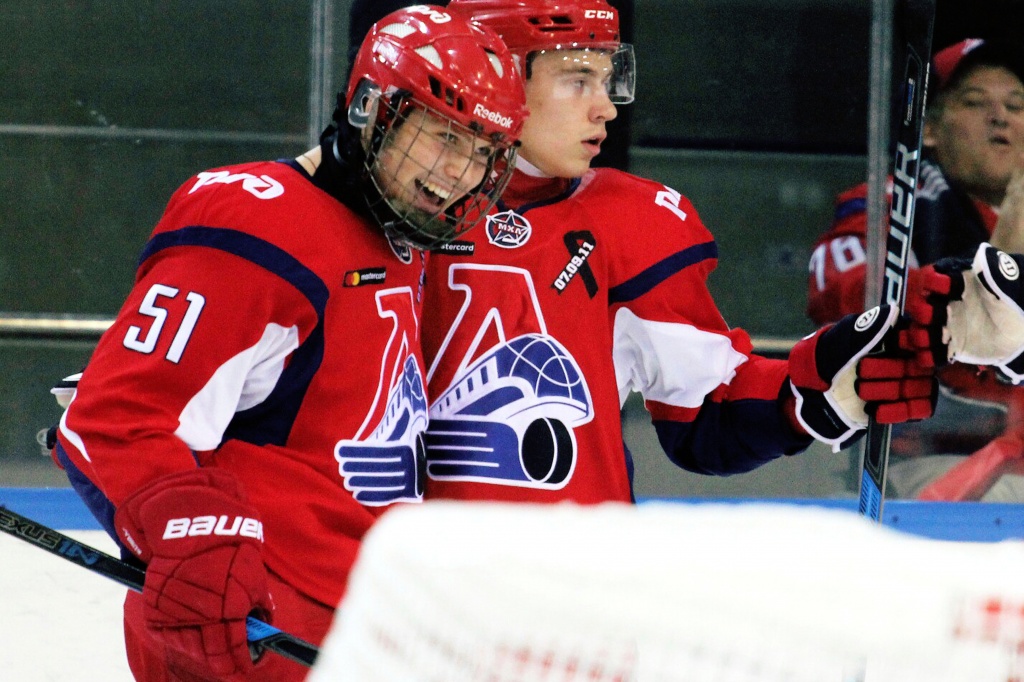 - KHL teams are opening their pre-season camps these days.
- After coming back from Colorado, I went through medical examination and began practicing with the junior team under Dmitry Kvartalnov’s command. He had a short camp for Loko players to help him determine who was ready to practice with the pro team. Now they will determine who will join Lada, who will stay with Loko and who’s going to practice with the pro team.

- How are you going to work with Colordo scouts now?
- I’m in touch with the scouts, we got each other’s contacts, I can talk to them regarding anything. Perhaps, we’ll see each other personally at SochiOpen pre-season tournament but I to do that I first must earn the right to be invited to the pro team by Dmitry Vyacheslavovich Kvartlanov. As far as I understand, Colorado will follow my career on Lokomotiv. Hopefully, I can play at KHL level and then one day will be ready to join NHL team. My short-term plans are to extend my contract with Yaroslavl where I can improve. In 2-3 years I can try myself in the NHL.