One day we an ad in a newspaper. Local hockey school was accepting 1996 year born kids. I began my career at Belye Medvedi. We lived in Khovrino district and that school was close to my place. My mom wanted me to do something and I started playing when I was four years old. In fact, my dad is also an athlete. He played futsal.

I wasn’t appointed to be a goaltender by anyone. It’s actually a funny story. We got the wrong equipment at the store. We went there with my mom and saw pads that I liked a lot. I told her I wanted to get them. So we bought them. I came to practice and I was told to get in goal. Alexander Grigorievich Kuzmenko was my first coach. I played for five years at Belye Medvedi and then joined CSKA. The red-and-blue had a serious competition in goal. I competed against Grigory Treschalin and many others. 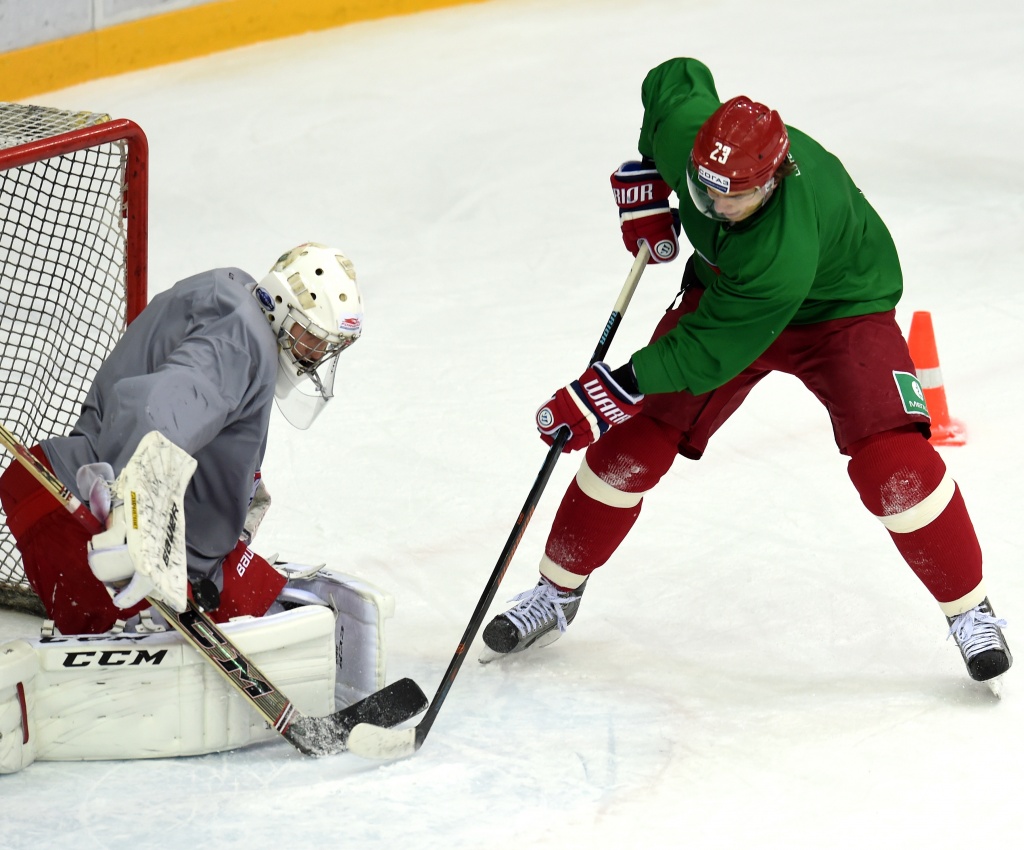 It just so happened that my debuts coincided with difficult games. Maxim Tretiak was called up to Team Russia, Vladimir Kramar got injured and I was initially supposed to be the third goaltender in the final series between Krasnaya Armiya and JHC Spartak Moscow. Before Game 2 I was told I was going to start. I received a tremendous support, everyone on the team cheered me up and I happened to get a shutout in my first game. Game 6 against Spartak was very important for me because, I believe, goaltender’s role gets even bigger in overtime than in regulation time. And we managed to win. Many people still ask me why it wasn’t me who played in Game 7. I couldn’t play in that game because of my contract and Maxim Tretiak got the call. I don’t look back at that final series against the red-and-white at all. I was 17 years old back then. A lot of things have happened since then. Besides, I did win the Kharlamov Cup after that.

It was yet another difficult debut. Two years ago I was called up to Zvezda to play against TKHK – Tver team was one of the best in the league at the time. After one Krasnaya Armiya practice I was informed that I was to join Chekhov team. I was also told right away that I was going to start. It was a tough game but we managed to win 4-2. These two leagues are different in terms of how much the players improvise. Sometimes it’s more difficult to play in Junior Hockey League than in the VHL because you don’t know what to expect from junior players. VHL has a higher level of team play.

First Junior Hockey League practice of the 2013 pre-season. I was invited to practice with the team. We played an exhibition game against Loko Yaroslavl. I was used to having warm-up 15 minutes before the game. I hadn’t known that in JHL you’re supposed to get on the ice an hour before the game. I came there 35 minutes before the game and saw that everyone was already on the ice. The coach came up to me and said I had some nerve showing up so late. I didn’t even know what to tell him. Maybe that’s why I wasn’t called up during the regular season, only for the playoffs (laughs).

Of course, the league has changed in a past few years. More people come to the games and the media pays more attention to us. Many fans didn’t even know before that the league existed. I think, these changes are positive and Russian hockey can benefit from them.

I remember how I got two consecutive shutouts against Sakhalinskie Akuly in the 2014-15 season. Then we flew to Khabarovsk and I wanted to get the third shutout in a row but I allowed a goal in the second period. That’s when I decided not think about getting shutouts at all. You just have to stay focused and don’t beat yourself about it. 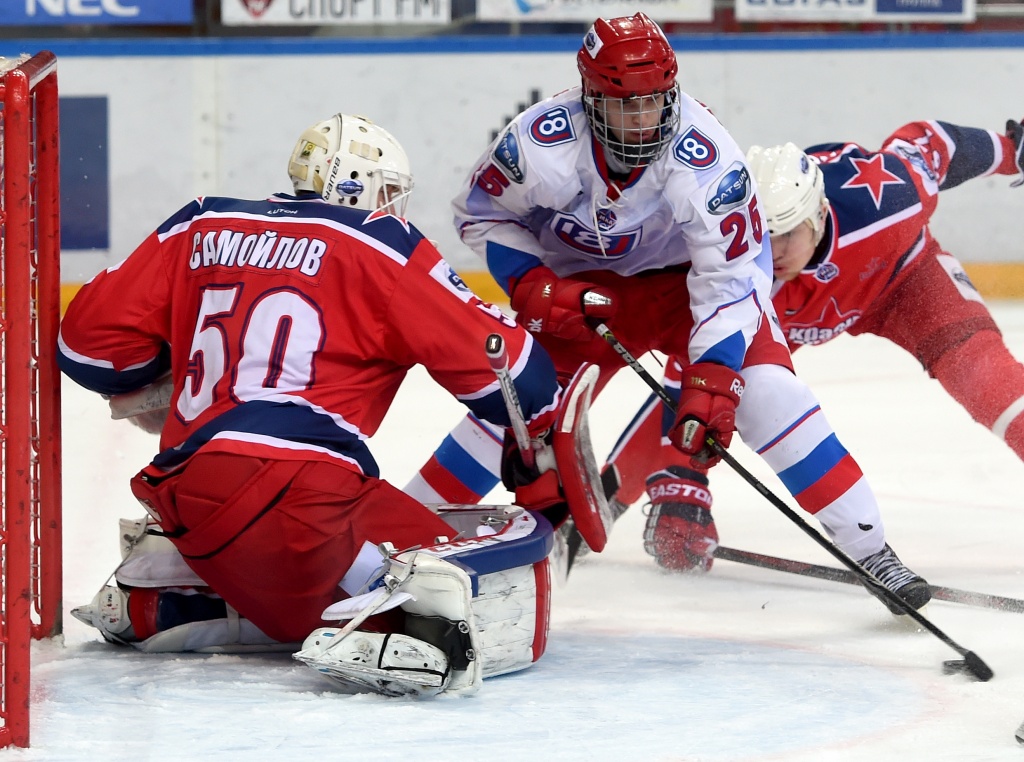 In 2017 I won JHL’s main trophy. We had a great team – Semyon Koshelev, Danil Kvartalnov, Andrei Kuzmenko… We all deserved to win the Kharlamov Cup. Many people remembered our final against JHC Spartak but this time around we did what we had to. Those emotions, that euphoria is what every hockey player dreams of.

Competition on the team

This season in the VHL I competed with Maxim Tretiak for a place in goal, just like we did back in 2014 in Junior Hockey League. Nobody gives anybody bad looks. We are on very good terms. The coaches decide who’s going to play but we maintain a friendly relationship.

I remember this event by the hype around it. I had never seen so many fans at a junior hockey game. JHL Challenge Cup is a great game for young players who are looking for a chance to put their skill on display. I’m happy that I got the opportunity to play in that game and win the trophy.

The fact that I became a Kharlamov Cup champion is equally important as that I developed as a professional hockey player. I don’t understand those people who retire after their Junior Hockey League career comes to an end. Because that’s when the most interesting part begins. Thanks to JHL I developed a work ethic and I’m very grateful to the league for everything it does for us.

It’s always tough to play against SKA-1946 St. Petersburg. Those are rivalry games and everybody treats them very seriously. After all it’s a rivalry between two capitals and two army teams. As for Spartak, it’s a rivalry where everyone wants to bring joy to their fans and everybody battles as hard as if it was the ultimate game. 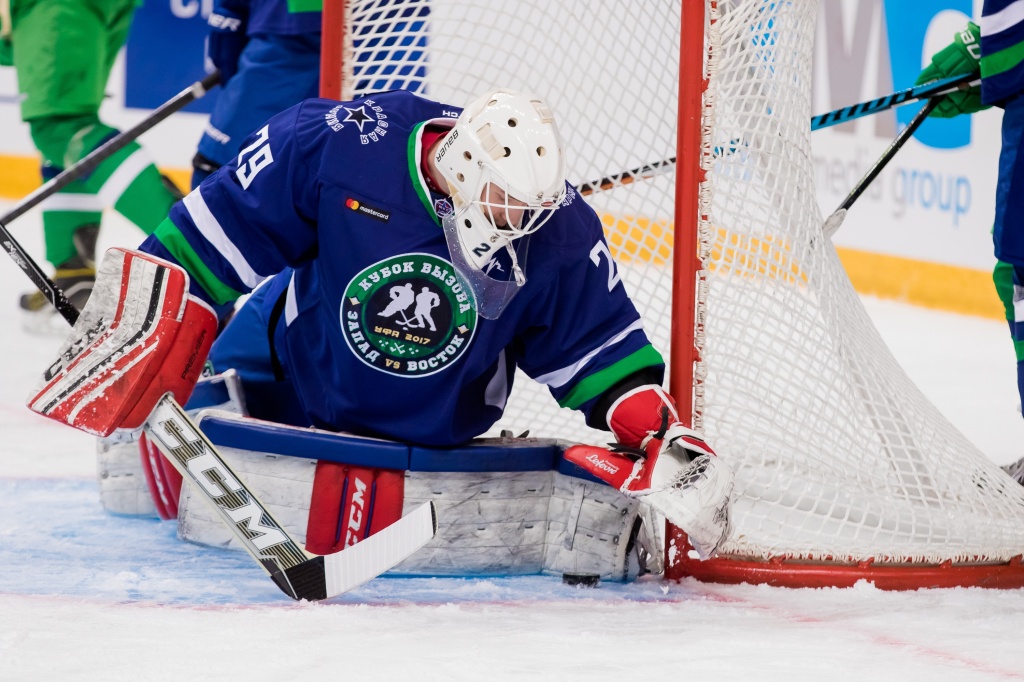 I’m a Junior Hockey League alumnus and I know that I leave my position in good hands. For example, Artyom Korepanov is a great goaltender, who can make a huge save at a crucial time. He’s a very talented netminder. He deserves to be the starting goaltender next season.

When I first came to Zvezda, I was a little afraid. I came into the dressing-room and started to think who can and can’t I shake hands with. Then the guys told me not to be afraid. We got to know each other and it got easier after that. Nikolai Pavlovich [Pronin] is a kind and caring person. He always gives game advice and supports players psychologically.

I’m not as superstitious as other goaltenders. The most important thing is to get in the right mindset before the game. I don’t have any special music preferences when it comes to pre-game. I can listen to anything.

My mom and godmother are my my biggest fans. I used to get nervous when they would come to my games. It was especially unnerving when I was having a bad game and they would yank me. Now it doesn’t matter me if my grandmother comes to the game to watch me play. My realtives are always supportive, no matter how far they are.

I’m calmer person now. I worked with a sports psychologist, who helped me a lot, because I used to have quick temper when I was a kid. I’m majoring in sports management at Synergie. I want to stay in hockey forever. Now I understand that I can’t imagine my life without hockey.