TOP MOMENTS OF THE SEASON. THREE HAT-TRICKS AND A 4-GOAL NIGHT 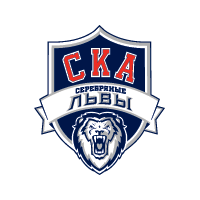 Altai
News
First game is on July 21st! Junior Hockey League pre-season games schedule
Junior Hockey League coaches earn national categories. Yaroslav Lyuzenkov is given the highest category
Rodion Amirov remains in Ufa. The forward finished the 2020-21 season on Tolpar
“I took a break from videogames and phone”. Ladiya Togliatti player spent a week offline up in the mountains
Belye Medvedi top-scorer to continue his career with Admiral Vladivostok
Former Belye Medvedi head-coach to join Traktor Chelyabinsk
“Many Tolpar alumni play in KHL, it motivates our players”. How is Salavat Yulaev major junior team going to look like this season?
“I didn’t want to play hockey after first few practices”. Tolpar Ufa captain want to play in KHL in upcoming season
TOP MOMENTS OF THE SEASON. THREE HAT-TRICKS AND A 4-GOAL NIGHT
Share

Junior Hockey League continues its series of remembering the most vivid moments of the past season. We move on to October 10th, 2017. It was a busy day in the league, which featured several interesting events. 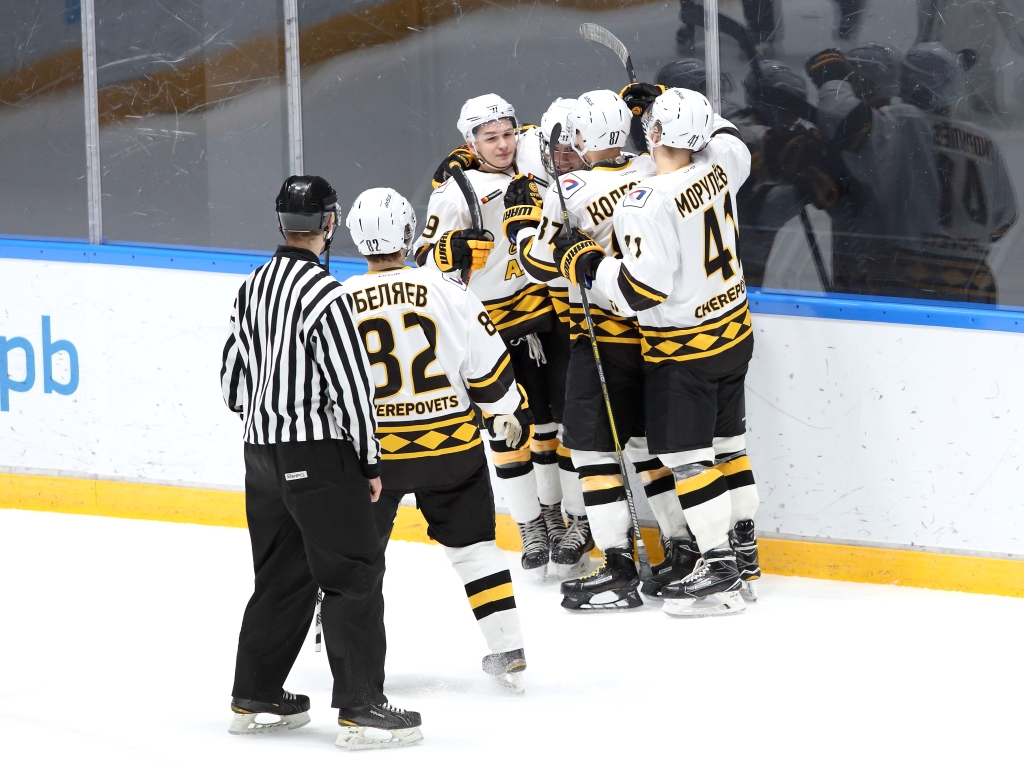 In the first game of the day SKA-Serebryanye Lvy St. Petersburg faced Almaz Cherepovets. Home team opened up the scoring just four minutes in as Grigory Gryaznov found the back of the net but then the dynamic Geraskin-Grachyov duo struck for Cherepovets. German Grachyov scored a pair of goals, while Igor Geraskin assisted on both of them. In the second period of play Grachyov scored another one without any help from Geraskin to complete his hat-trick. Cherepovets went on to enjoy a 5-2 win.

That was Grachyov’s first career Junior Hockey League hat-trick. Incidentally, the forward fired up after that and just five days later he scored three goals in one game again but that time it didn’t help Almaz to get a win. After a tie in regulation time with Kunlun Red Star Junior, the Chinese side went on to prevail in the shootout. 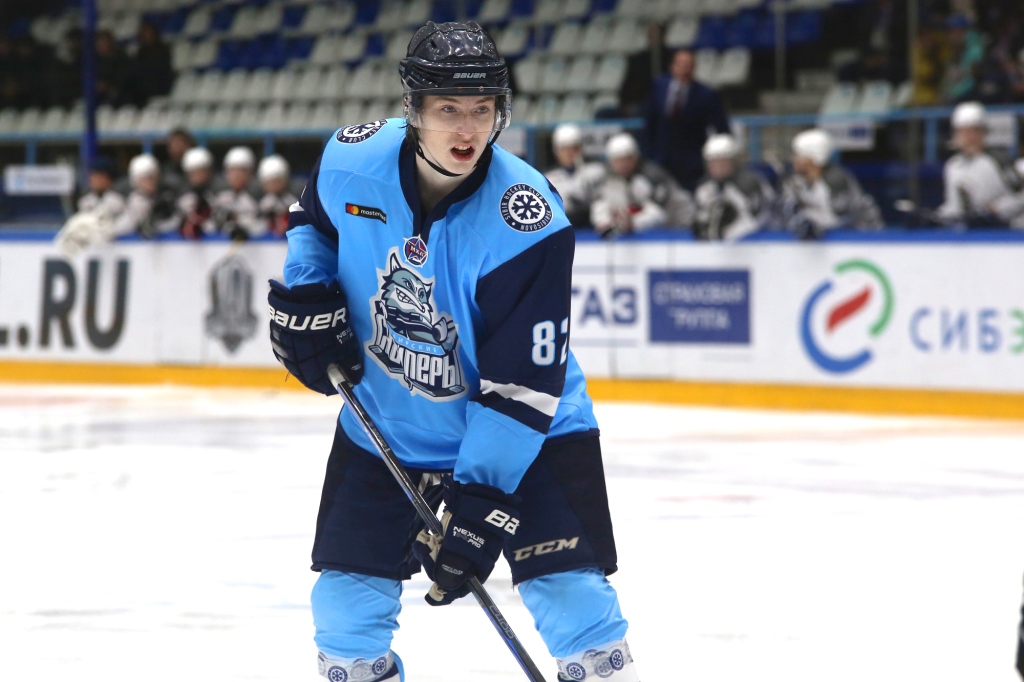 But forwards are not the only ones who can score hat-trick. There were two keys to Sibirskie Snaipery’s win over Tyumensky Legion – their powerplay unit and defenseman Adel Sadykov. Sadykov scored a hat-trick as he got all three first goals of his team, two of which came with a man-advantage. Thus Sadykov and 2016 JHL bronze medalist scored more goals in that one game than in the rest of the season. 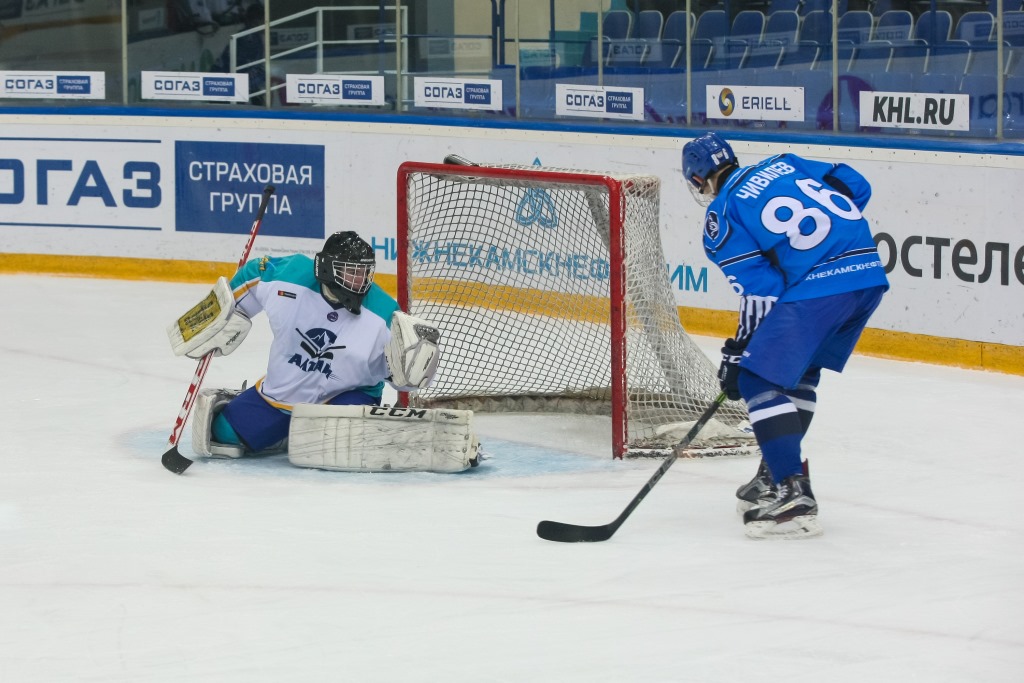 Irbis Kazan faced Sarmaty Orenburg that day. Artyom Valeyev, one of Kazan’s leaders, played in his 200th Junior Hockey League game. Unfortunately for Irbis fans, neither Valeyev, nor his teammates managed to celebrate the event in style. Valeyev registered no points and Kazan lost 3-1.

Reaktor Nizhnekamsk steamrolled over Altay Ust-Kamenogorsk on home ice. Nizhnekamsk led 4-0 after 40 minutes of play and then improved their lead to 5-0 as Razat Timirov completed his hat-trick. It took him less than six minutes to get three tallies. Visiting team’s leader Nikita Pismarkin managed to get a consolation goal but Reaktor still had the last word in the game. Precisely, it was none other but Timirov’s. who scored his fourth goal of the night with just four minutes remaining on the clock, converting on a powerplay.