KRS Heilongjiang
News
“We’re going to put up a fight against Canada!”. Michkov, Miroshnichenko and Leschyov comment on their win at U18 World Championship semifinal
“Now I have to work twice as hard”. Bogdan Trineyev comments on his road to Junior Hockey League’s coveted trophy
“We want to have two Yaroslavl teams in Junior Hockey League”. Alexander Ardashev opens up about unsuccessful finals, KHL players’ problems and Daniil Gutik
“It doesn’t matter how I play. What’s important is that leave with gold”. U18 Team Russia players and coaches comment on their win in quarterfinal
“Coach told us not to respond to dirty plays”. Koromyslov, Poltapov and Leschyov comment on Russia’s win over Czech Republic at U18 World Championship
“The more you yell, the less they listen”. Yaroslav Lyuzenkov built a championship team, which had missed the playoffs for four straight years
“We got carried away and lost the momentum”. Miroshnichenko, Yurov and Leschyov comment on Team Russia’s first loss at U18 World Championship
“Plan B worked out”. Michkov, Chibrikov and Leschyov comment on Team Russia’s comeback against Team USA
TOP MOMENTS OF THE SEASON. CHINESE GRETZKY SCORES HIS FIRST GOAL, RUBAN BEGINS HIS JOURNEY
Share

Junior Hockey League continues its series of remembering the most vivid moments of the past season. First busy gameday of the regular season took place on September 4th and featured several historical events.


The gameday kicked off in Novokuznetsk where local Kuznetskie Medvedi played hosts to Ladiya Togliatti. Volga team came out on top as they won 3-1 but it was the only Novokuznetsk’s goal that was of interest. It was scored by Anton Ruban, who would go on to lead Junior Hockey League in goals and points in the regular season. He was also named the Most Valuable Player of the season. JHL alumni would score 34 goals and notch 45 assists in the following games, which would land him nine points ahead of JHC Dynamo St. Petersburg’s Anton Vasiliev, who finished second in JHL regular season scoring.

Ranis Mirgaliev scored the first hat-trick of the season, helping his Tolpar Ufa to edge Sputnik Almetyevsk on home ice. Aside from Mirgaliev, Pavel Sinyavsky and Anton Pachin also found the back of the net and Tolpar enjoyed a 5-1 win. 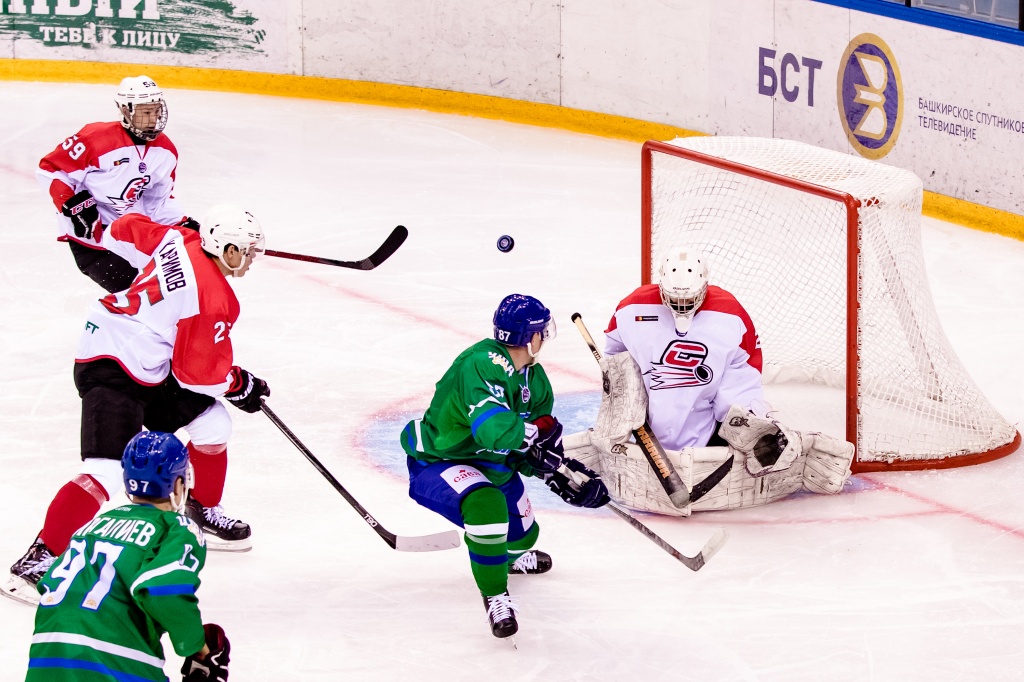 SKA-1946 St. Petersburg and Atlanty Moscow Region engaged in a real shootout, and it was St. Petersburg who came out on top. Moscow Region team had the lead twice but ‘army men’ caught on the scoreboard before the first intermission and then began building their lead. After 40 minutes of play SKA-1946 were up 5-2 but in the last period of play Mikhail Milyokhin’s men made their fans sit on the edge of their seats as they allowed two goals. The visitors ran out of time looking for the equalizer and SKA-1946 won 5-4. 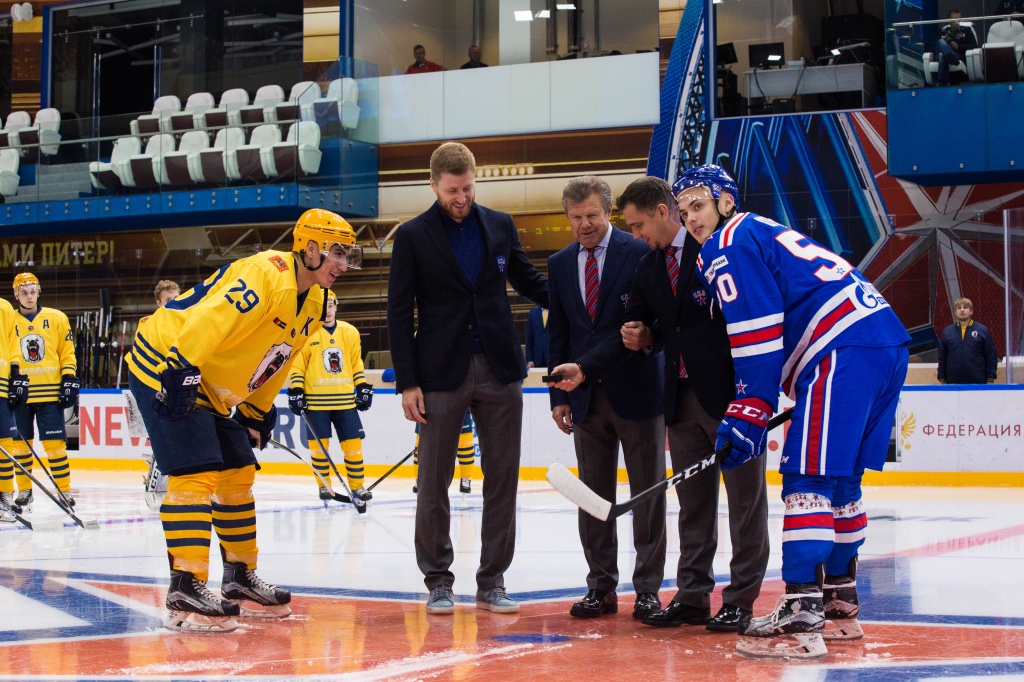 And, finally, in the last game of the day Chinese team Kunlun Red Star Junior made their official Junior Hockey League debut. A multinational team with players from all over the world, head-coached by Alexander Barkov, played their first JHL game in Setun against Krylia Sovetov Moscow. It was a high-scoring game and ‘Soviet Wings’ won it 4-3. Lithuanian forward Mark Kaleinikovas scored the first goal for the visiting team. Future Kunlun top-scorer Pavel Krutiy also found the back of the net. 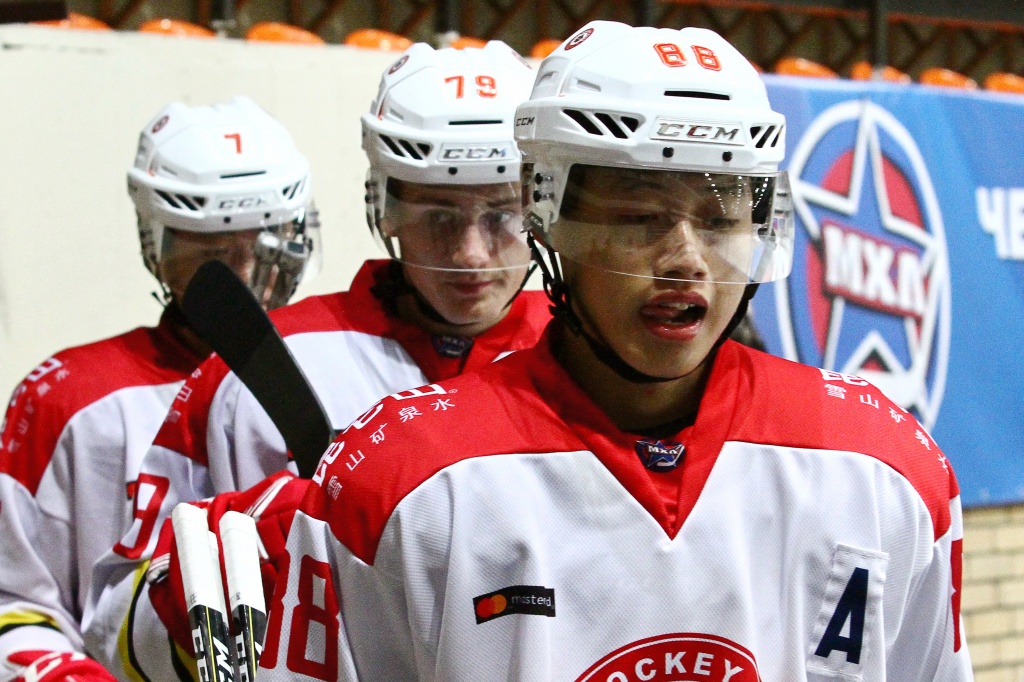 On the following day Chinese side got their revenge and enjoyed their first JHL win as they beat Krylia Sovetov in the shootout. Qianyi ‘Gretzky’ Huang became the first Chinese player to score a goal in Junior Hockey League regular season. 18-year-old forward got his dazzling nickname from his head-coach and his teammates later in the season. 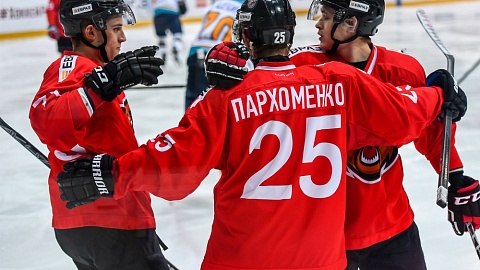 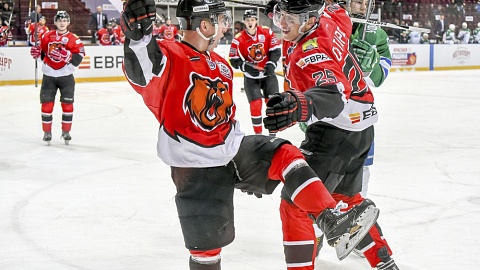 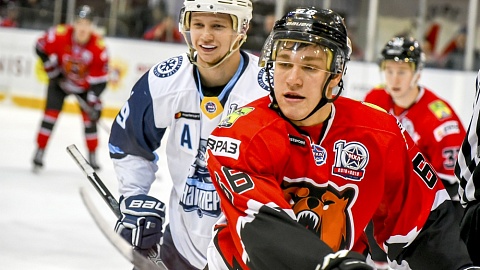