“WHEN IT’S SO LOUD AT THE ARENA, YOU BOIL FROM WITHIN”. PLAYERS COMMENT ON KHARLAMOV CUP FINALS “WHEN IT’S SO LOUD AT THE ARENA, YOU BOIL FROM WITHIN”. PLAYERS COMMENT ON KHARLAMOV CUP FINALS

Kharlamov Cup Finals move to St. Petersburg as the series is tied 1-1. Loko Yaroslavl and SKA-1946 St. Petersburg players commented on why Game 1 fruited no goals, goaltender swap and noticed that Yaroslavl arena had the atmosphere suitable for the finals. 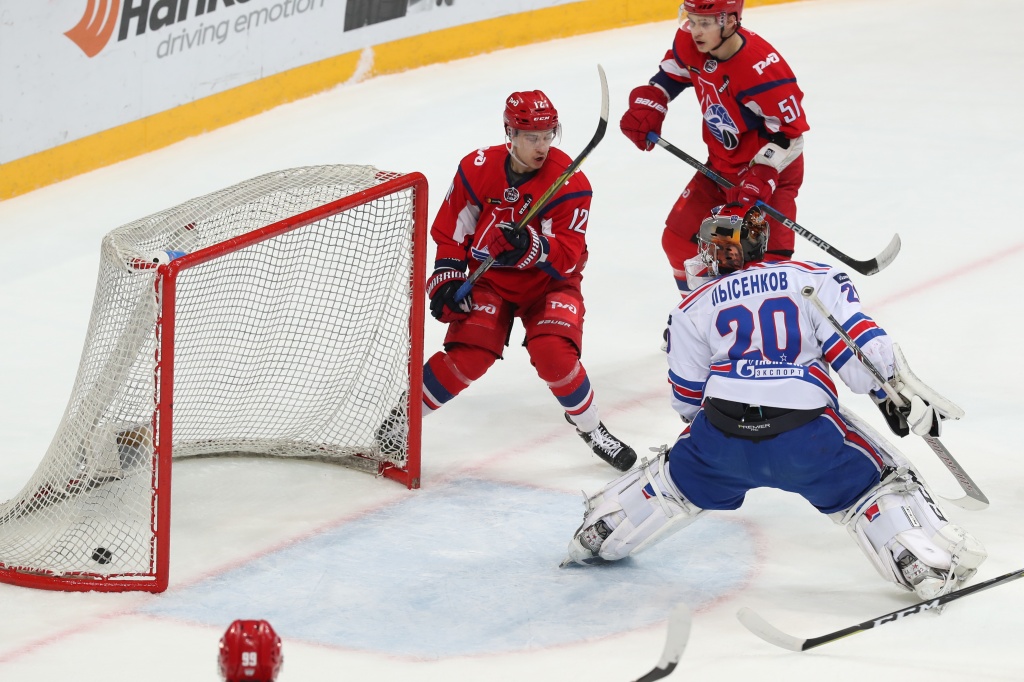 “Game 1 was more intense,” said Rybakov. “Even though the teams faced each other four times in the regular season, we were still feeling each other out in the beginning of the series. Both team played more open-minded hockey in Game 2, created more scoring chances and finally were able to score a few goals. We had the momentum on our side in both of the games, control the puck more often and put together a few good passing plays. Actually, Loko played equally well in both games in terms of team movement and whole picture of the game”.


- SKA-1946 started not Konstantin Volkov but Nikita Lysenkov in Game 2. Was Loko prepared for that goaltender swap?

- Volkov is a bigger goaltender, he takes up a lot of the net that’s why there aren’t any openings for the puck to go in. Lysenkov is more agile and quick. He focused on not giving up any rebounds. We didn’t have a lot of chance to score on the rebound because Nikita caught most of shots and covered up the puck. That’s why we tried to beat him wide so he wouldn’t be able to slide across.

- It looks like SKA-1946 goaltending proved to be the biggest issue for you?

- Kharlamov Cup was displayed right next to the benches at the games. Did it give you any extra motivation?

- Actually, the whole atmosphere at the finals can’t be compared to regular season. Besides, we moved from MFC Lokomotiv to Arena-2000 for the semifinal and final rounds. Yaroslavl is a hockey town. It was great to see so many fans at the games. I felt a little nervous before Game 1. I’d never played in front of so many fans – there were over 6,000 people at the rink! As for the cup, everytime I look at it, I want to do everything I can to hoist it as soon as possible. The road to the cup proved to be difficult and looking at the first two games against SKA-1946, it’s not going to get any easier either.

- How is your team going to respond to moving to St. Petersburg?

- Loko will try to play the same way we did in Yaroslavl. The most important thing is going to be adjust ourselves to the pressure of their fans. I’m certain that these games will draw a lot of people.

- Grigory Denisenko has been quiet so far in the finals. He didn’t score any points in two games and he’s also a minus-1. Do you think it has something to do with U18 IIHF World Championship?

- We didn’t discuss the whole story of Denisenko being suspended from Team Russia. We just heard a few versions of the story. When he came back to Yaroslavl, everybody supported him. Although, Grisha is in a great mood, almost like nothing ever happened. 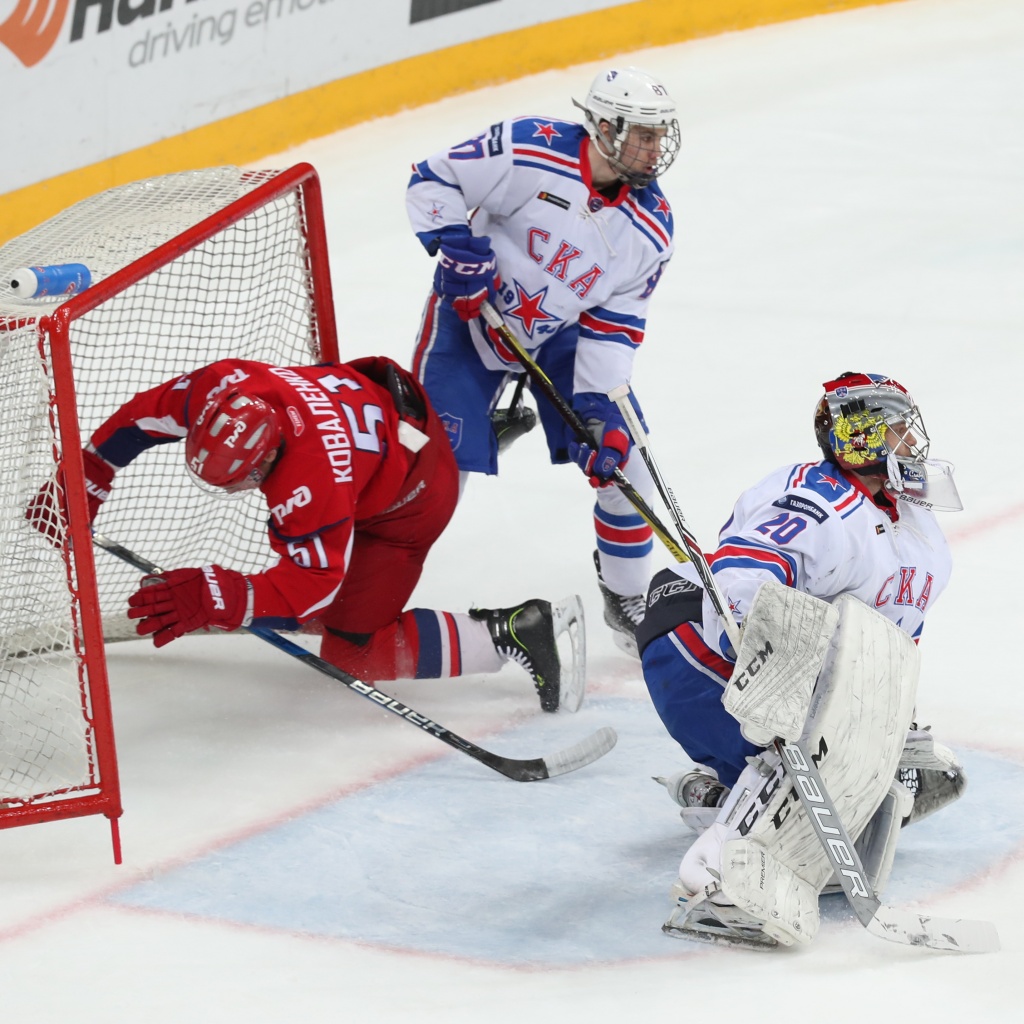 “Everybody understood that those away games in Yaroslavl were going to be difficult,” says Tsitsyura. “Loko came out hard for Game and we weren’t quite ready for that. We got heavily outshot and if you saw the game, you could tell that didn’t feel too comfortable and lacked confidence. We had to spend a lot of time on defense, although we had opportunities to attack. Obviously, Konstantin Volkov helped us out a lot. We found our game only in shortly before overtime and we managed to bring it over to Game 2. We came out with a different mindset and created offensive rushes right of the bat. We scored the first goal of the game. It’s easier to play when you have the lead.”


- After a shutout loss, Konstantin Volkov was swapped for Nikita Lysenkov, which didn’t look very logical.

- Volkov stopped 49 shots in that game. It’s difficult to play another game after such great physical and mental pressure. That’s why the coaches let Kostya rest.

- Kharlamov Cup was displayed right between the benches. Did it give you extra motivation or distract you?

- We saw through the glass, so it didn’t distract us much. We’ll take a closer look at it once we’ve won it. There were a lot of fans in Yaroslavl. When it’s so loud at the arena, you boil from within. You want to play, skate faster and take more shots.

- Should we expect more high-scoring games in the series?