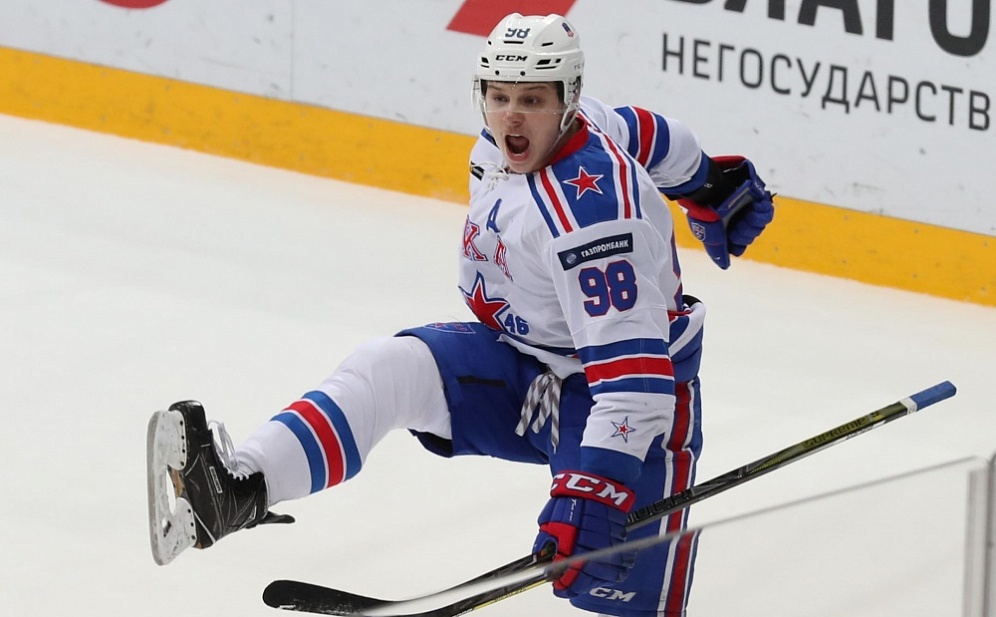 Game 2 of the 2018 Kharlamov Cup Finals took between Loko and SKA-1946 St. Petersburg took place in Yaroslavl. This time both teams managed to score in regulation but it was the visitors who got the win, tying the series 1-1.

Nikita Lysenkov replaced Konstantin Volkov in SKA-1946’s net as the latter did everything he could on Saturday afternoon but fell short in the shootout, allowing three goals. Loko head-coach Dmitry Krasotkin, on the other hand, didn’t change a thing and Ilya Konovalov was once again delegated to the cage. St. Petersburg didn’t feel like going back home trailing 2-0 in the series and this is why they tried their best to extinguish Yaroslavl’s offensive rushed right from the beginning. However, Loko players kept their composure and first minutes of play were much calmer than the day before.

‘Railway men’ increased their aggressiveness and locked up their opposition in their zone for a whole minute but then SKA-1946 took the puck away, skated down the ice for a counter-attack and Kirill Petkov found himself right in front of Konovalov. Petkov didn’t have the best angle and Yaroslavl netminder managed to turn it aside. First penalty of the game came only 17 minutes in – Yegor Fateyev got a minor for high-sticking. The visitors set camp in the offensive end but Pavel Kudryavtsev drew a penalty on a counter-attack – Nikita Zhigalov was sent off for a deuce for slashing. The visitors made the most out of that turn of events. Yaroslavl got carried away in the offensive end, got caught on a 2-on-1 rush and Kirill Petkov beat Konovalov to give SKA-1946 a 1-0 lead. Nevertheless, Loko did convert on the ensued powerplay before the intermission. Nikita Anokhovsky took a shot and the puck ricocheted into the net off Vladislav Rybakov. The goal was counted after video review.

Getting a minor for too many men on the ice in second consecutive game – that’s how Loko began the 2nd period of play. Yaroslavl killed off the penalty and seriously tested Lysenkov on several occasions, but St. Petersburg netminder was up for the task. 29 minutes in the visitors got their second lead of the game. A quick offensive rush saw Artyom Nikolayev getting the puck and he sent it just inside the crossbar to make it a 2-1 hockey game. Just two minutes later ‘the railway men’ could have brought it back to even but Kirill Slepets’ shot on a 3-on-1 rush was blocked by a defenseman. Nevertheless, Krasotkin’s side still tied it up. This time they got on a 2-on-1 rush, Pavel Kudryavtsev opted for a shot and wristed it home. With two minutes remaining to play in the period Nikolayev scored his second of the game as he tipped Vladislav Syomin’s shot on yet another powerplay.

Home team came out hard for the 3rd stanza, hoping to get a quick equalizer, while St. Petersburg answered with short counter-attacks. Rybakov got injured in one episode as he caught a high stick in the face. 52 minutes in the puck did end up in SKA-1946’s net but video review confirmed that Danil Yurtaikin gloved it into the net. St. Petersburg solidly stood their ground, even though they gave up the momentum but just as Loko tried to get into the zone, they were met with fierce hits.

Late in regulation Lysenkov made a huge save as he covered up the puck after it had hit the post. With ten seconds remaining on the clock, Dmitry Krasotkin called time-out but Alexeyev lost the key face-off in the offensive end and Loko failed to get the equalizer. The series now moves to St. Petersburg and will resume on April 18th. 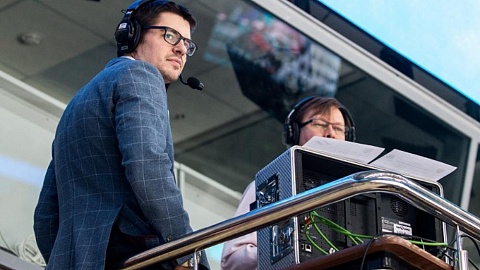 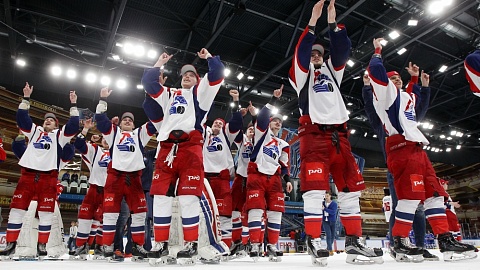 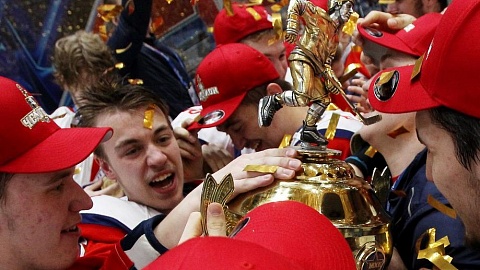