Irbis
News
Daniil Bryzgalov: “During our losing streak, I quit superstitions. They stopped working”
Yegor Kuzminov: “I want to prove that I am one of the best in the league”
Vsevolod Almetkin returning to top shape after this summer’s crash
Konstantin Panov: “I dream about victories and developing my players.”
Raimonds Vilkoits: “We want to make the playoffs, but we’re going step by step”
Safin-Tregubov’s story: from Portugal to Russian snow, and from football to hip checks
Roman Kantserov: "I never even thought about leaving Magnitogorsk"
Gleb Petrov: "I want to win everything I can" - the top league's sniper talks childhood, North America, and current season
Share

While celebrating historical win by Team Russia at Winter Olympics in South Korea, let’s not forget about U18 Team Russia, who recently came back with silver medals from Five Nations Tournament. Russian players spoke about American cuisine nuisances, questionable calls and emphasized that the tournament was the final rehearsal before the upcoming U18 World Championship, which will be held in Russia. 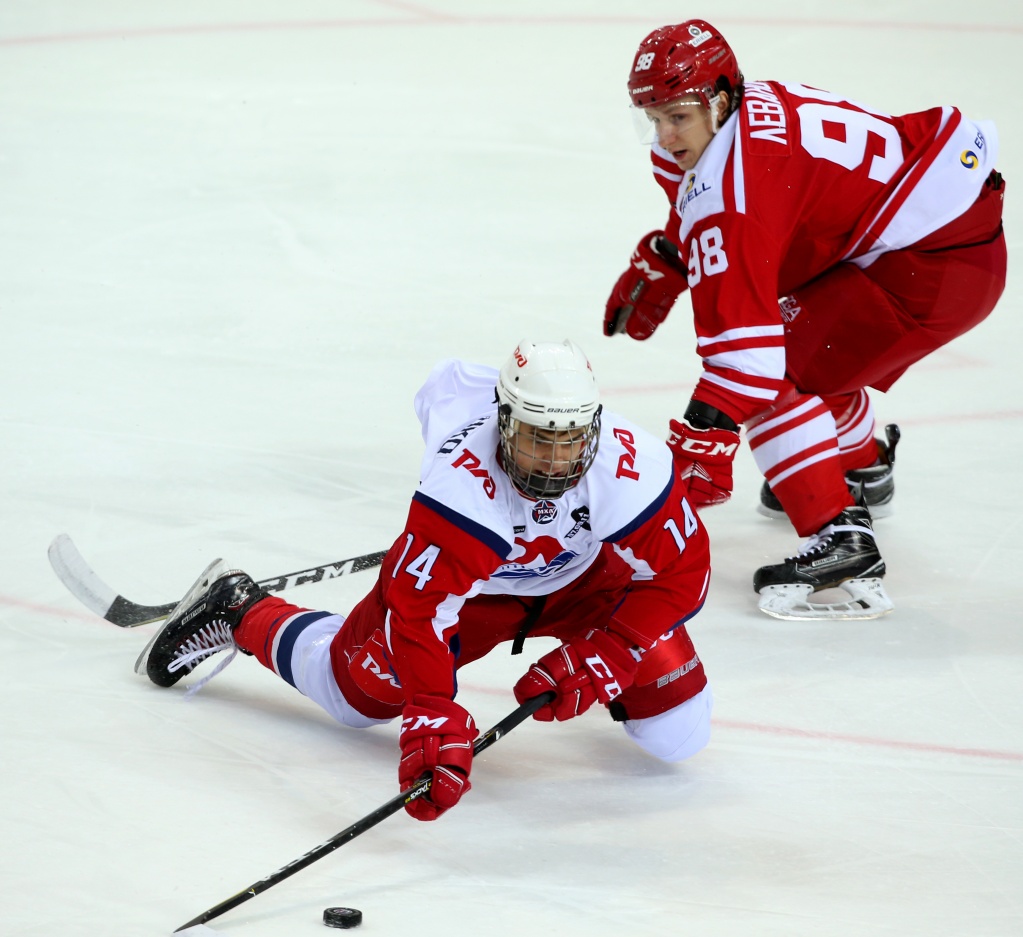 - Unlike Olympic Team Russia, U18 Team Russia donned their own jerseys and under Russian flag. Did that put extra pressure on the team?

- In the game against Team USA the officials looked only one way. We got over 20 penalty minutes and the calls were questionable at best. Both of our special teams got really tired because of that, while other guys lost the rhythm of the game along with their focus. That how we ended up blowing a 3-goal lead and lost the game 4-3. That game was a good lesson for us.

- There are a lot of your teammates on this Russian squad.

- I was the only forward from Loko. There was also a goalie and a few defensemen, so you there’s no reason to speak of any chemistry. Although, I roomed with Anton Malyshev – we always live together, Loko or Team Russia, the same.

- Judging by the broadcast, there weren’t that many fans at the games in Plymouth.

- Nevertheless, there was a ton of scouts. It was obvious from ice level that they were all over the place. They said that there would be even more scouts at the world championship.

- I don’t pay much attention to it. I just keep working. Actually, it was my teammates who told me the news. They saw it first. Perhaps, it stemmed out from my numerous trips with Team Russia to various tournamnets.

- If you get called up to play for your country, you should go. And I want to go. It’s a once in a lifetime opportunity to play at the tournament. Moreover, this year it will be held in Russia. 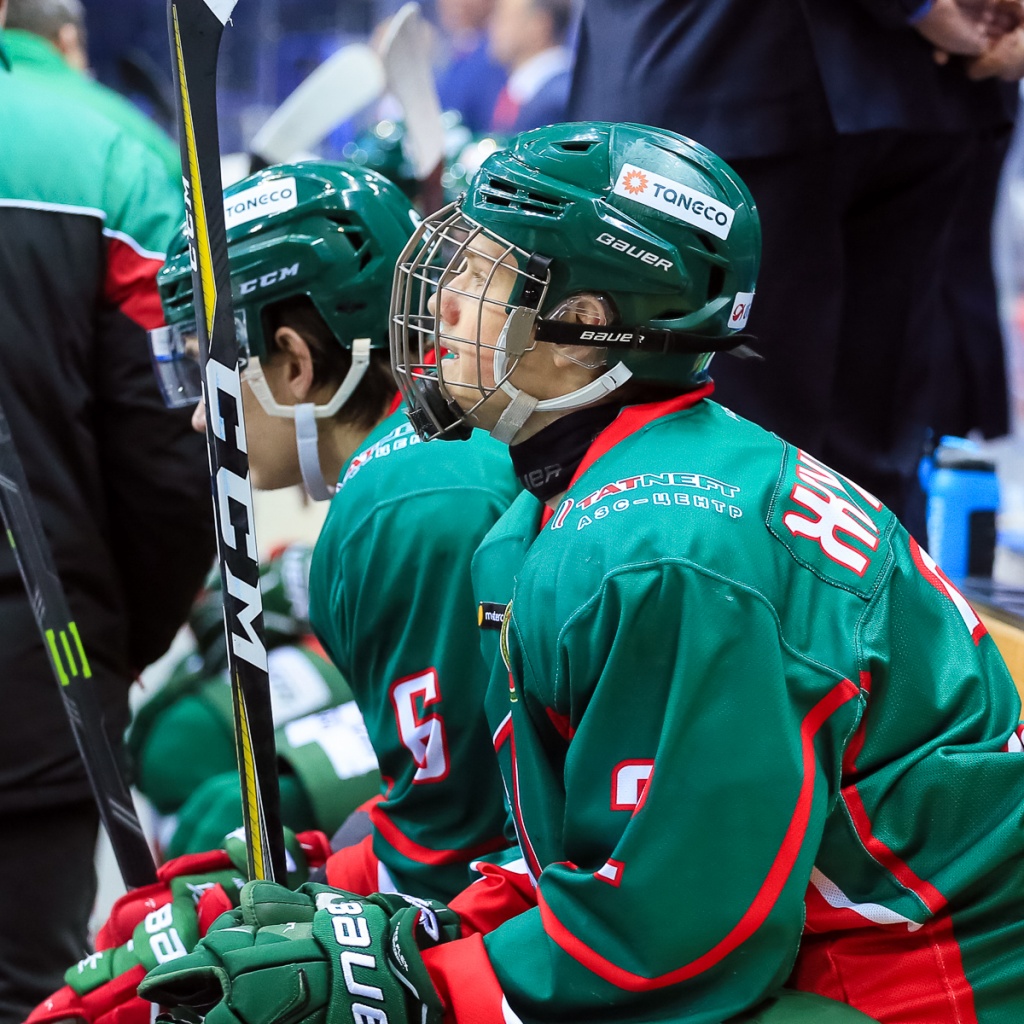 - Team Russia faced problems prior to the tournament as well – Pavel Rotenberg couldn’t obtain American visa for a long time.

- Well, he did play at the tournament, anyway. Pasha had missed only a 1-week camp, which we held before the tournament. Although, it didn’t affect his mood.

- I played with Andrei Svechnikov and Alexander Khovanov for a long time in Kazan, so we are familiar with each other’s style. Obviously, there are certain differences in game approach and other things. For instance, they do a few different exercises at practices.

- Five Nations Tournament is regarded as the final rehearsal before the U18 World Championship.

- We had a decent tournament and if it weren’t for the last ten minutes in the game against Team USA, we could have won it. I believe that we need to be more patient at the world championship. We could have protected the lead, kept the momentum and worked on our defense, so there wouldn’t be any collapses. We score a lot of goals, there are no issues with our offense.

- Did head-coach Andrei Zybin praise somebody individually after the tournament?

- Coach said that we all did a good job but he didn’t single anybody out. Everyone who watched the game could see that Andrei Svechnikov and Grigory Denisenko were our leaders. Coaching staff told us to work on our physics in the next few months and spend more time on bikes, because it’s going to be a short tournament and we need to be in optimal conditions for it. 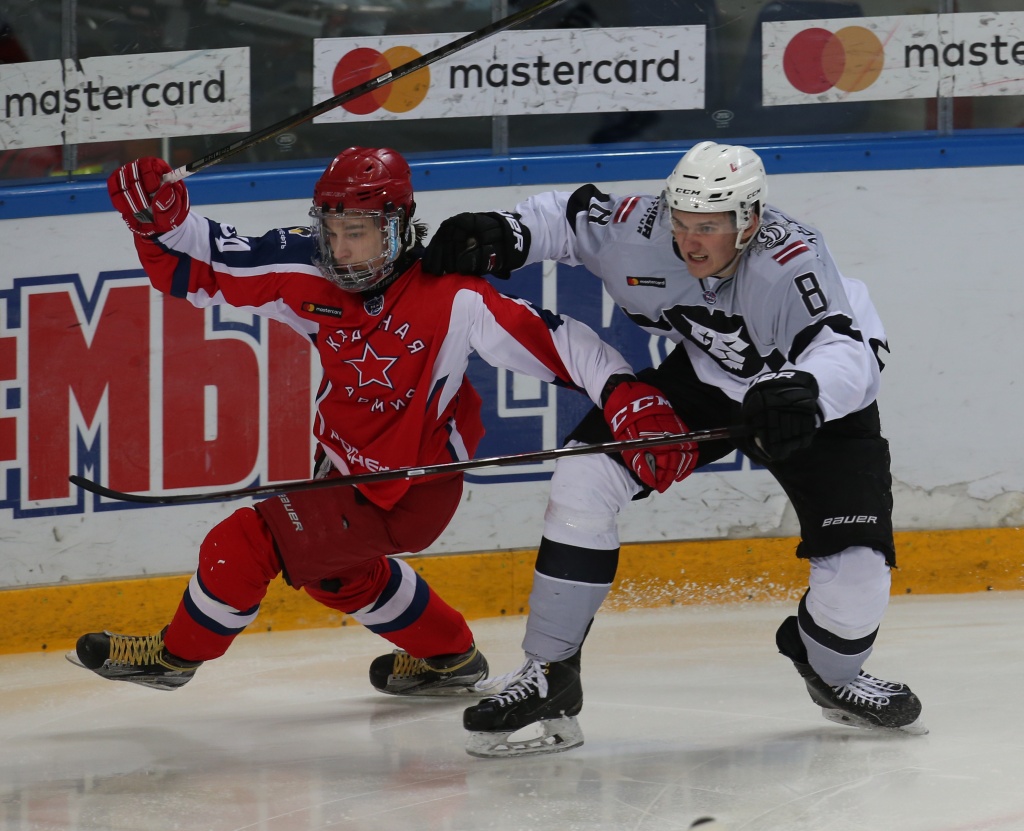 - Some believe that officials were anti-Russia biased at the Five Nations Tournament.

- That’s the way it should be. We played in America and the ref was one of the locals. Obviously, whenever he had the chance he did his best not to let us get away with anything. You just have to be ready for that. Nobody’s guaranteed to be treated unfairly by the refs.

- Olympic Team Russia players mentioned they didn’t have ideal accommodation in South Korea. How did you like it in Plymouth?

- We had excellent conditions at the tournament and stayed at comfortable hotel. Of course, the food took some getting used to. They have their own cuisine rules in USA. There’s a lot of fried stuff, a lot of spices and taste enhancers. A few guys who weren’t used to that, felt a little sick because of that.

- Why there weren’t many fans in the stands?

- That was the case only at the first few games. There was a soldout rink at the game against Team USA. Plymouth is a small town, which looks more like a village. There aren’t many people living there to begin with. Moreover, hockey isn’t such a cult in USA as it is in Canada. We played exhibition games against Team Canada before the games. Those games were packed.

- Will U18 World Championship games boast large crowds as well?

- I’ve recently talked about it with my friends from Chelyabinsk and Magnitogorsk. It looks like there’s going to be a lot of people at the games. I believe they chose the right cities for the tournament. Folks in those parts love their hockey. Serious KHL clubs play there and they have great arenas.

- Would you say a lot of fans help you in the game or distract you from it?

- It depends on how the game goes. When you’re losing, the fans cheer you on. If there aren’t any, coach is the only one who can do that. For example, at the Five Nations Tournament the fans cheered Team USA on and they went on to overcome a 3-goal deficit. On the other hand, when you’re winning, it doesn’t really matter. It’s just sad that there aren’t many people to see that. 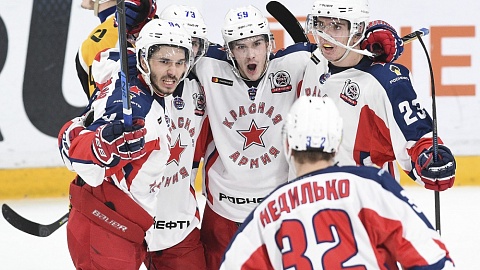 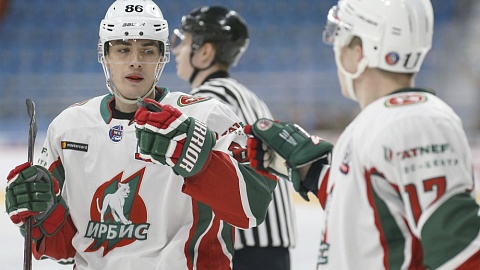