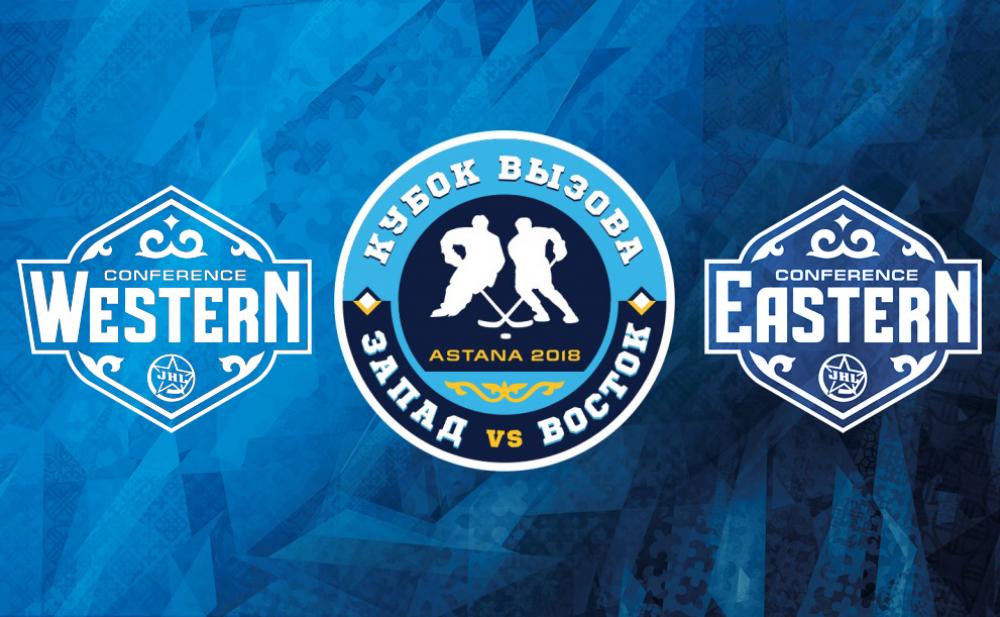 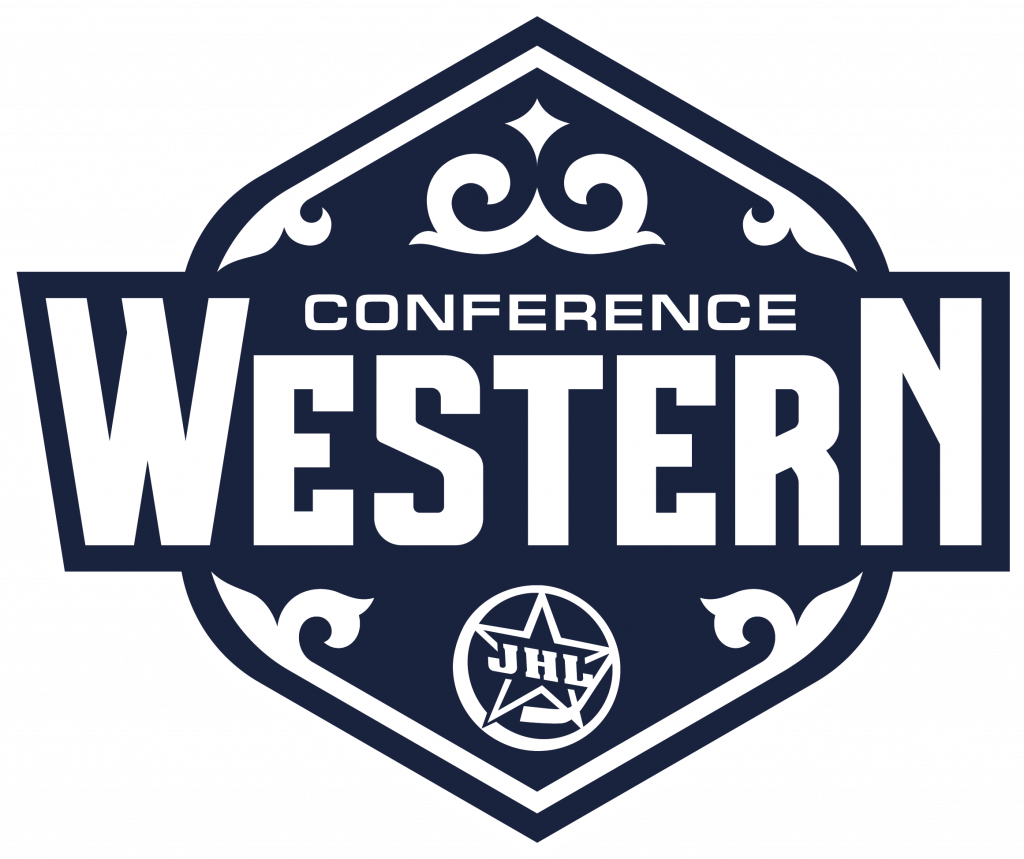 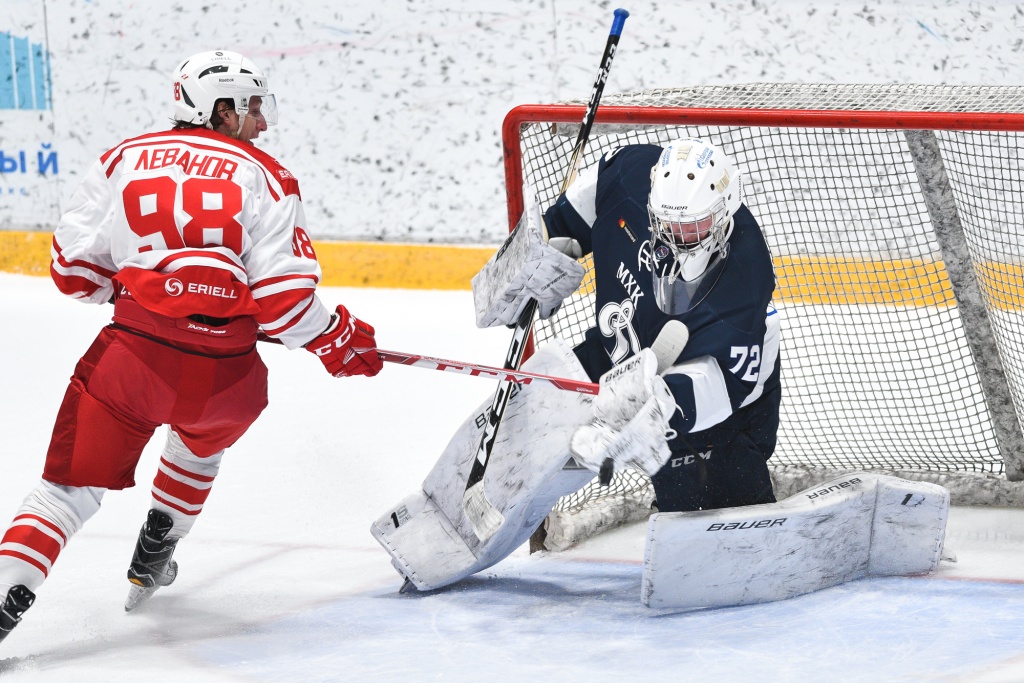 - How do you feel about participating at the Challenge Cup?
- I feel responsibility for representing my club on Team West.

- How excited are you to work with Mikhail Milyokhin?
- Mikhail Viktorovich coaches our arch-rivals but we’re on the same team at the Challenge Cup. Besides, we’ve already finished the season-series against SKA-1946.

- Astana is a beautiful city. Do you plan to go sightseeing?
- I come to Astana to work and not as a tourist. So I don’t expect to go on any excursions.

- Do you think you’re going to get new experience or learn a new skill?
- The most important experience here is that I’m going to go up against Eastern Conference players. We don’t play them in the regular season and any information regarding the opposition is vital before the playoffs. 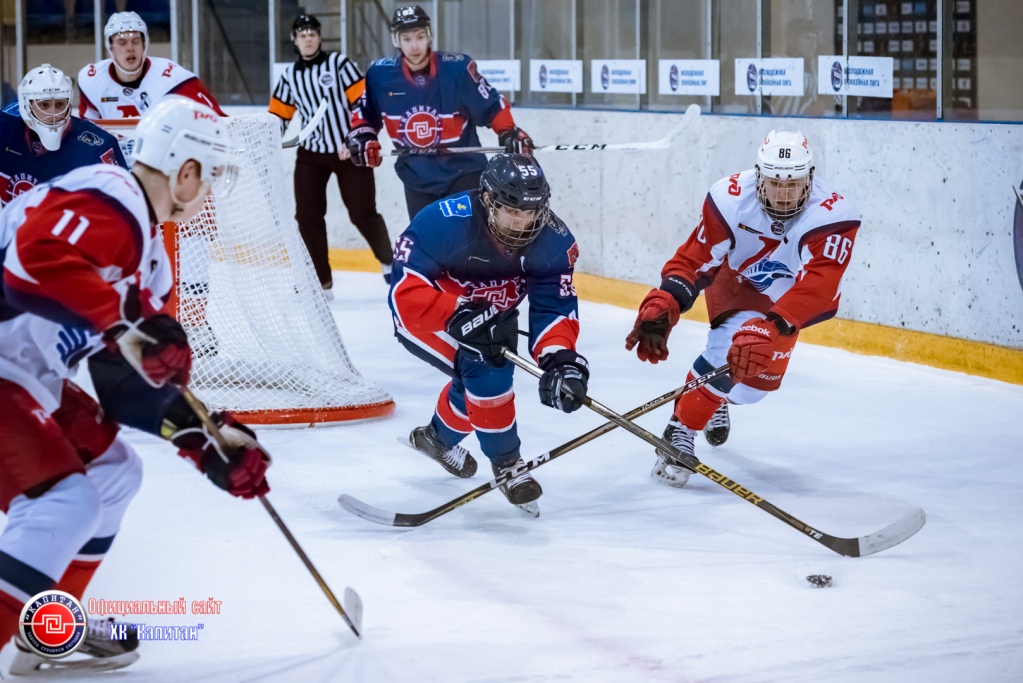 - How did you find out that you had been selected for JHL Challenge Cup?
- It’s a funny story. I was with the team at our baza and I was sleeping. My roommates wake me up, light their phones in my face, showing me rosters and telling me that I was selected for the Challenge Cup. I was happy even though it took me a while to figure it out because I was still half-asleep.

- Have you ever worked with Mikhail Milyokhin?
- I worked with Milyokhin back when he was in Dynamo system. Mikhail Viktorovich was the head-coach of Dynamo-2000. I played against his teams a lot when I was with Rus junior hockey school.

- Did you do anything special to get ready for the Challenge Cup?
- No, I was entirely concerned with team affairs. Kapitan is not doing well in the standings so I had to stay focused on the regular season.

- How did you find out that you would play for Team West?
- I was told by our coach. Dmitry Gogolev told the whole team before the game against Lokomotiv: “Vanya was called up to play for Team West”. Everybody banged their sticks, patted my back and congratulated me.

- Who do you think can compete for a spot at the KHL All-Star Game this year?
- Lokomotiv forward Nikolai Kovalenko has the biggest chance of making it. He played great against us. Besides, he made Team West’s starting line-up. 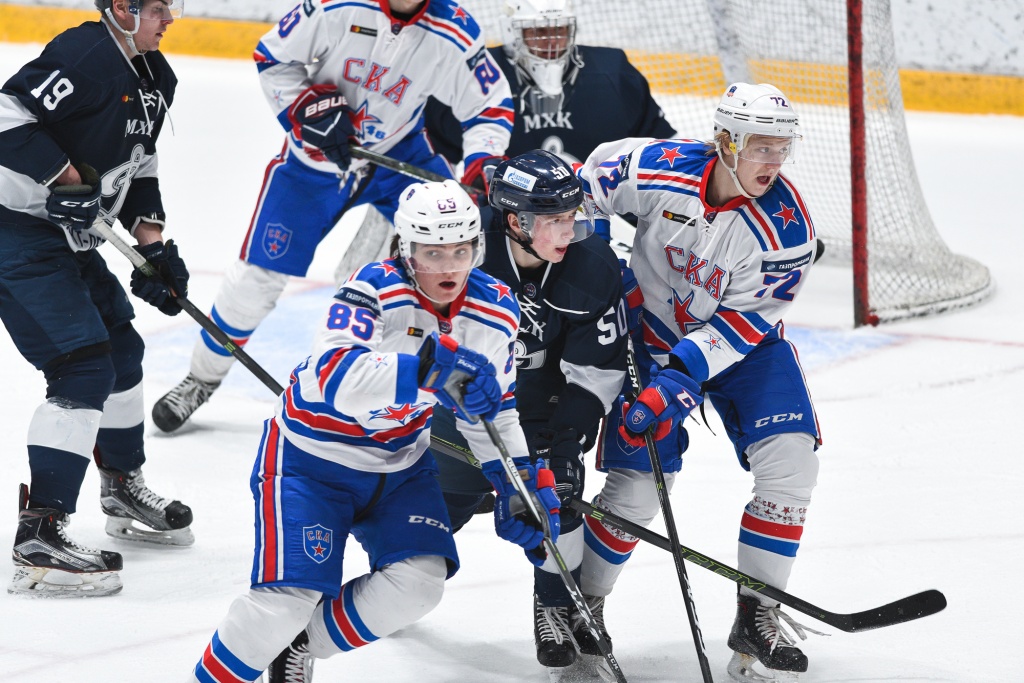 - Team West has more wins in Challenge Cup than Team East. Why?
- West is just stronger. We often play Eastern Conference teams in pre-season and we almost always beat them.

- Do you expect anything special from Astana?
- I’d like to take a look at Astana because I’ve never been there. It’s exciting to play at a new arena at such a huge event.

- Are you going to do anything special to get ready for Challenge Cup?
- We do it a little different than they do in pro leagues. We play for real. Challenge Cup is not an exhibition game. So I’m going to prepare like I always do for regular season games.

- How did you find out that you were selected to compete for the Challenge Cup?
- Evgeny Tsaryuk and I found out about the call-up first. Mikhail Milyokhin told us right away that we would represent SKA-1946 at the game. We remembered everything Andrei Altybarmakyan told us about last year’s Challenge Cup. First he scored both goals of Team West and then went on to play with KHL stars. The important thing is that it was a huge boost for his career. Andrei was called up to play for junior Team Russia, then to SKA-Neva in the VHL and even got some KHL experience. So me and Tsaryk are going to give everything we got to be selected as top players of the Challenge Cup. 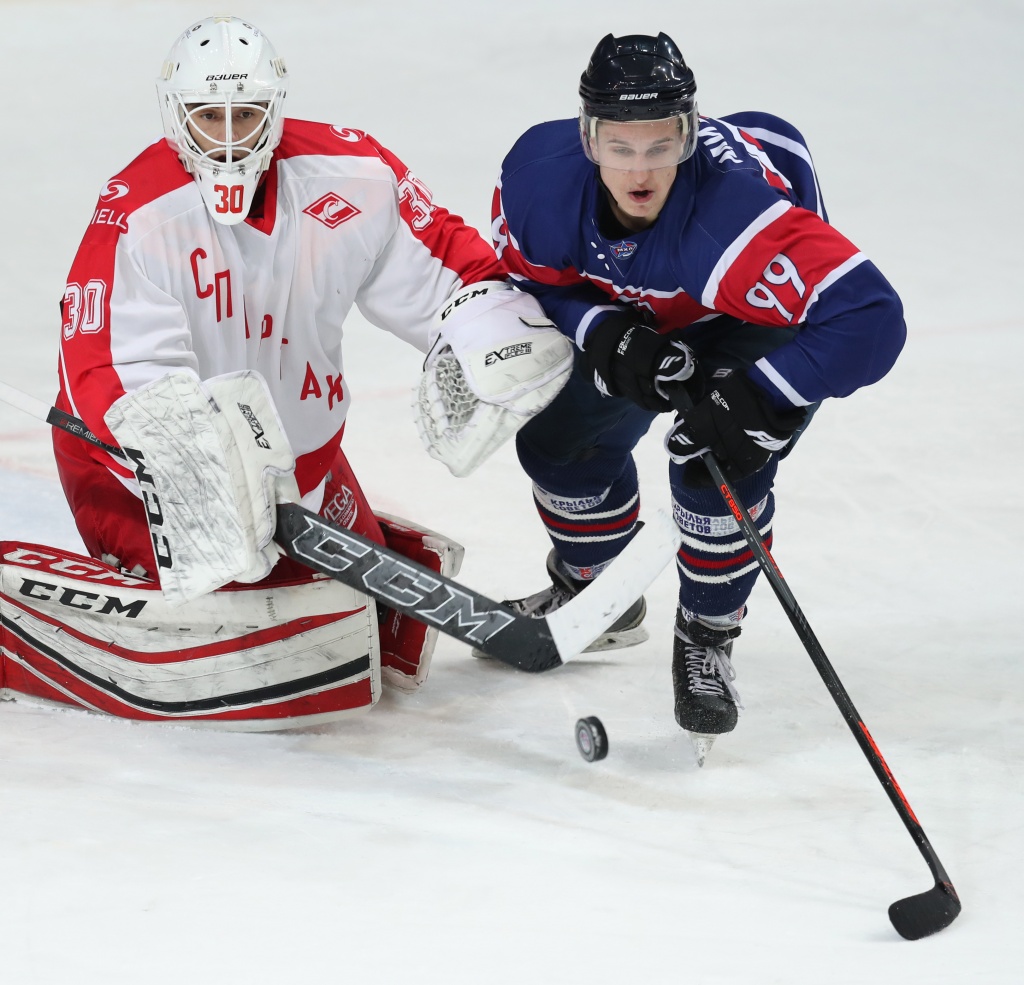 - How did you find out that you would participate in the Challenge Cup?
- It was very emotional at first. My teammates told me that. They said: “Show them what Krylia Sovetov are all about and that we can fly!”.

- Mikhail Milyokhin used to coach Krylia Sovetov.
- On Krylia I first played for the 1998 year team, while Mikhail Viktorovich coached the 1997 year team. Sometimes my dad would arrange for me to practice with the older team.

- Team West has more wins in Challenge Cup than Team East. Why?
- I watched the game last year when it went to the shootout. Effort and will are key in these games. In the game when you have teams that bring together the top players in their respective conferences just for this one game only, these are the key factors that come in play. Besides, you need to have luck on your side.

- What do you know about Astana?
- I’ve never been to Astana, so I’m excited to play this important game there. I know only Nigel Dawes from Kazakhstan. I’m impressed with his play on Barys. I’m certain we’re going to have a crazy atmosphere in Astana.

- Do you watch KHL All-Star Games?
- I was really amazed by Kirill Kaprizov in the last game. Many people didn’t believe in him back then. He just started to play for Salavat at the time. I followed that young player specifically. He’s a very modest guy but a great player. 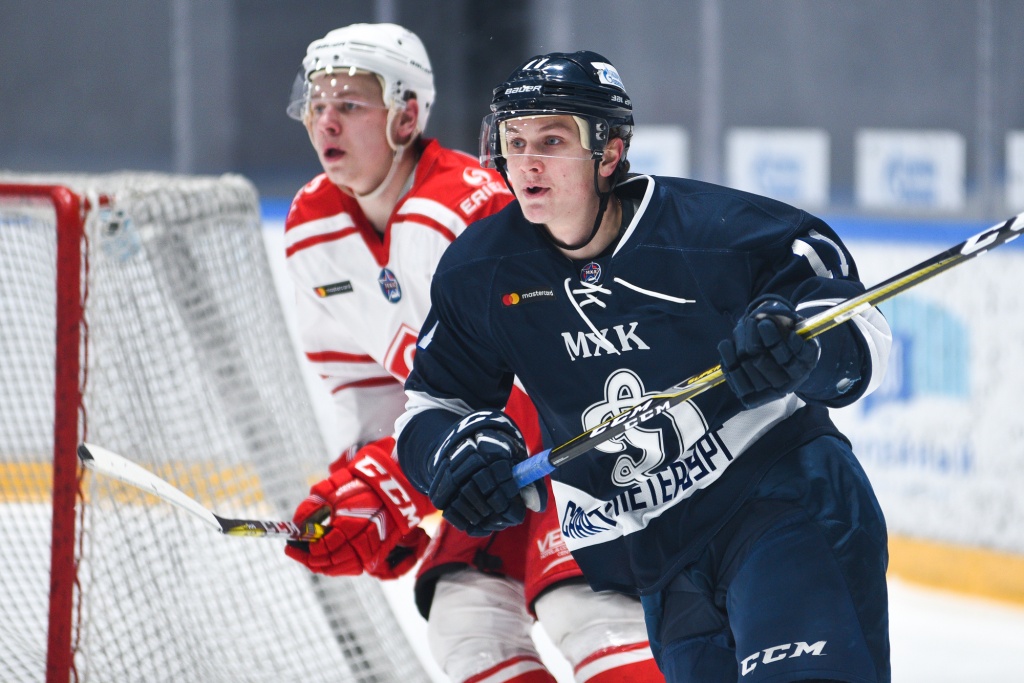 - Have you worked with anyone from Team West coaching staff before?
- I won the Challenge Cup with Dmitry Krasotkin. I think, Mikhail Milyokhin and Dmitry Krasotkin will create a team concept, which will reflect philosophies of both coaches. 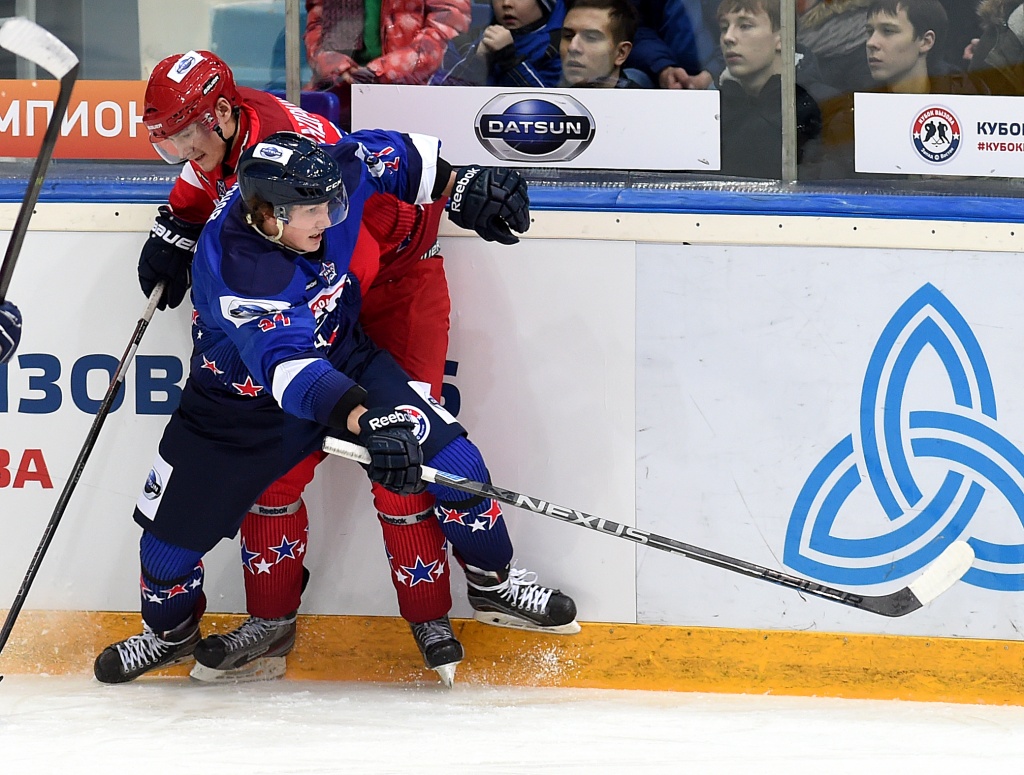 - Why does West usually beats East?
- Eastern Conference is known for high skill and a slow-paced game comparing to West. Everybody who joins Western Conference clubs from the East notice that it’s more difficult to play there because the pace of the game is very different and hockey is more physical.

- What kind of experience can you take away from a game like that?
- Challenge Cup is a playoff game rehearsal because you don’t have a chance to make up for your mistakes. Everything is on the line right now so everybody is going to come in with a determined mindset into the game. 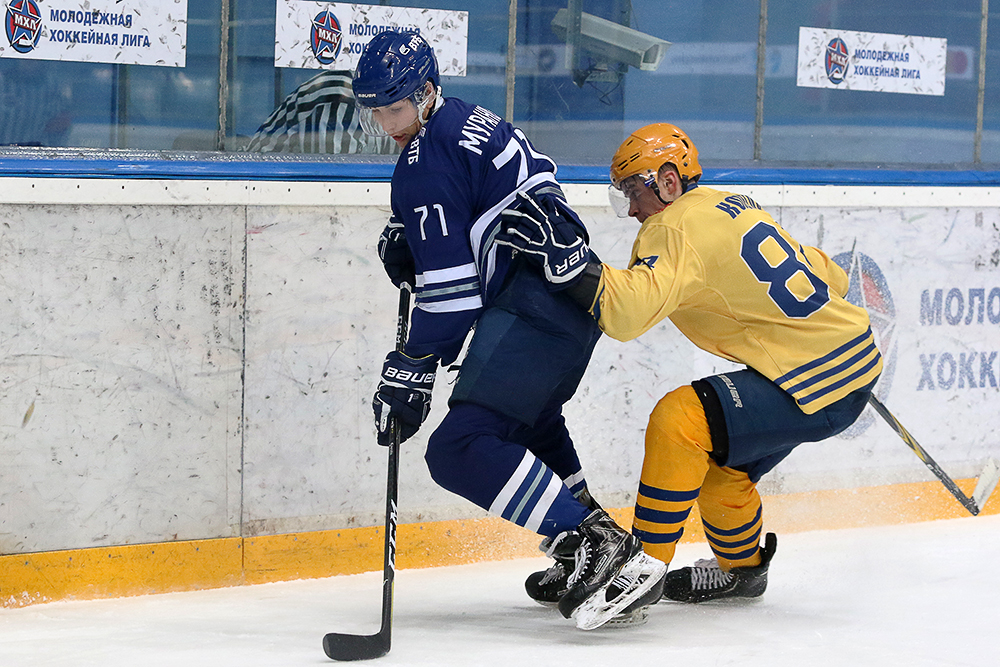 - Have you worked with Mikhail Milyokhin before?
- I know Mikhail Viktorovich from his days with Dynamo Moscow. I played a few games for his junior team.

- Is there a lesson to be learned from such games?
- Many guys have already played in the VHL and even KHL. I’m also going to work with new coaches so it’s going to be a colossal experience for me. 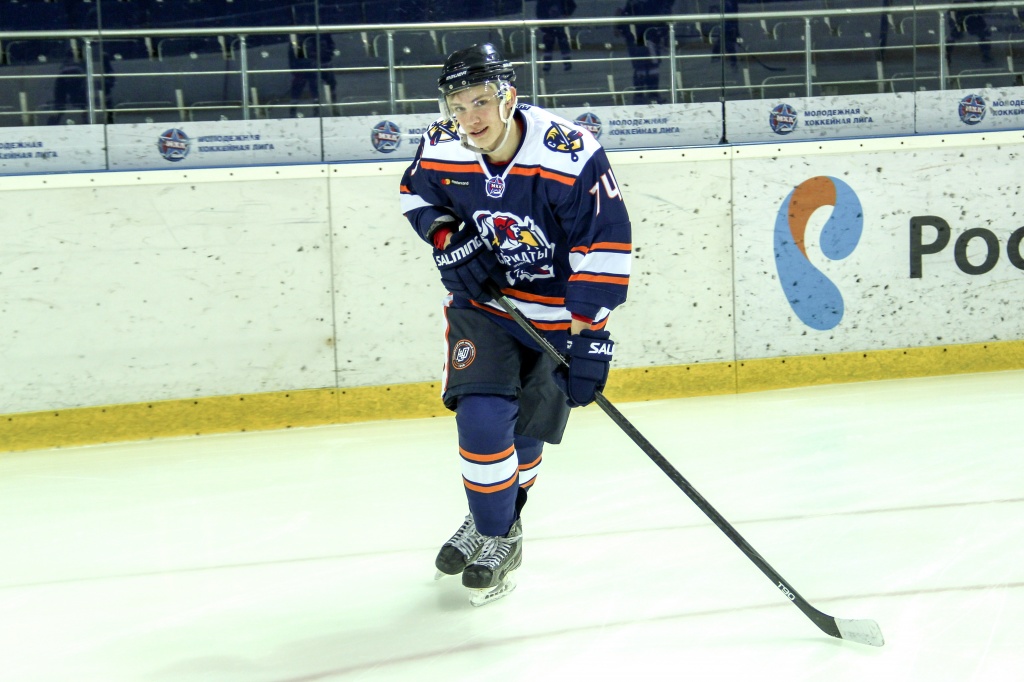 - How well do you know the coach?
- Last year Dmitry Stulov coached Sarmaty so we know each other pretty well. Perhaps, that helped me to get a spot on Team East roster.

- Did you have any extra practices before the Challenge Cup?
- I began getting seriously preparing for the game after New Year’s. I’m getting in shape little by little.

- Who do you usually root for in KHL All-Star games?
- I like SKA St. Petersburg so I usually follow their players at All-Star games – Ilya Kovalchuk, Pavel Datsyuk and Nikita Gusev. 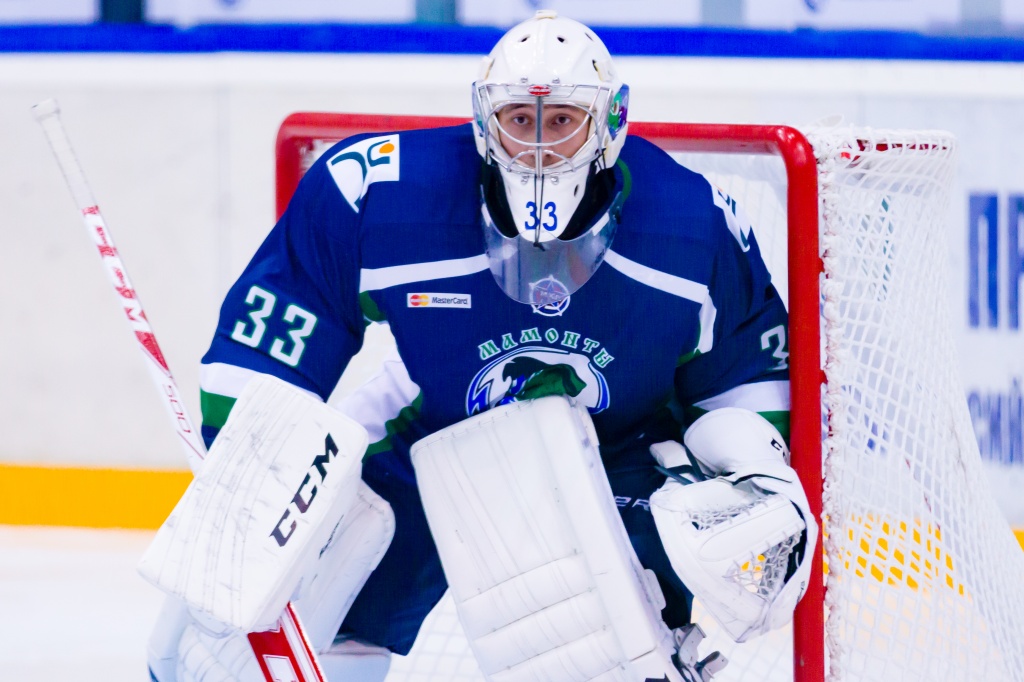 - What do you know about Team East head-coach Dmitry Stulov?
- I had a few run-ins with Dmitry Stulov back in junior hockey school. We played at a regional Spartak Games and our team got a few players from Magnitogorsk. Dmitry Georgivich joined the team with them. I know him to be a strict coach.


- Do you follow All-Star games?
- I enjoy watching these games and it doesn’t go exclusively for JHL or KHL. I like watching NHL skill competition, especially the shootout. The players always come up with something exciting and so do the goaltenders. 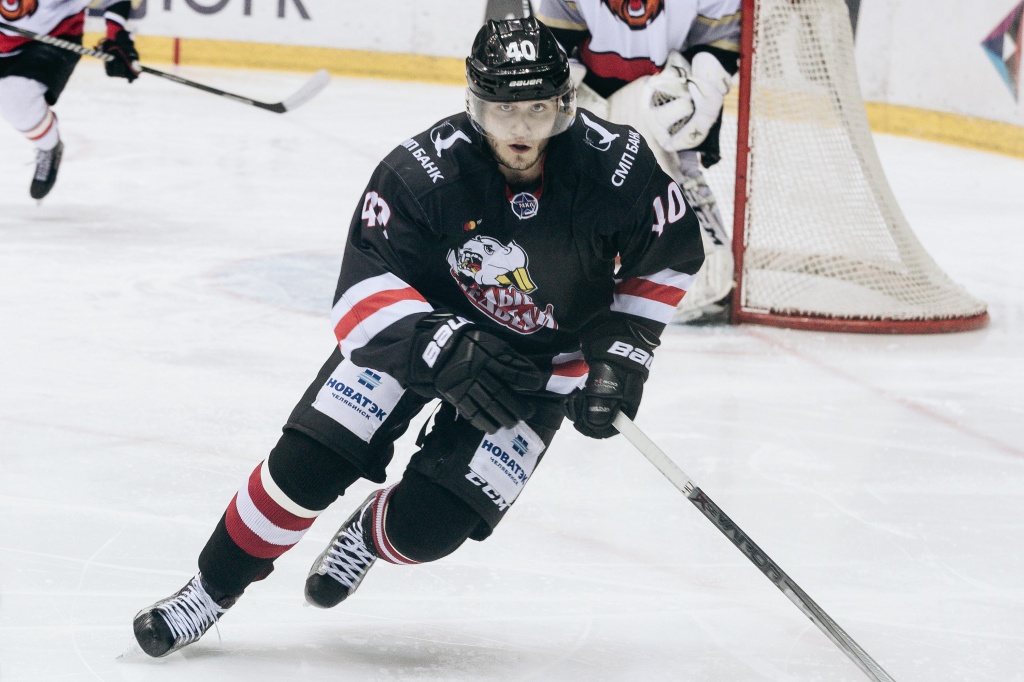 - How did you find out that you were selected to compete for Team East?
- I’m currently with Chelmet in VHL so I was very surprised when I got a call from Belye Medvedi administrator who told me about the Challenge Cup. I wanted to make the game last year – back then I thought it was my last chance to compete for the cup. So I was very excited to finally get the opportunity.

- What do you know about Team East head-coach Dmitry Stulov?
- I remember one episode with Dmitry Stulov. Last year we played against his Sarmaty. It was a very intense game and there was a mass brawl after the final horn. Dmitry Georgievich started yelling at our forwards. It was a heated moment, so I remember him as an emotional coach.

- What do you know about Astana?
- I like it in Astana. They have a new arena, which looks like North American rinks and the city itself reminds of America – high-rise buildings, skyscrapers… I’m certain that KHL All-Star Game will be soldout. If we’re going to draw a big crowd too, it’s going to be an amazing atmosphere. 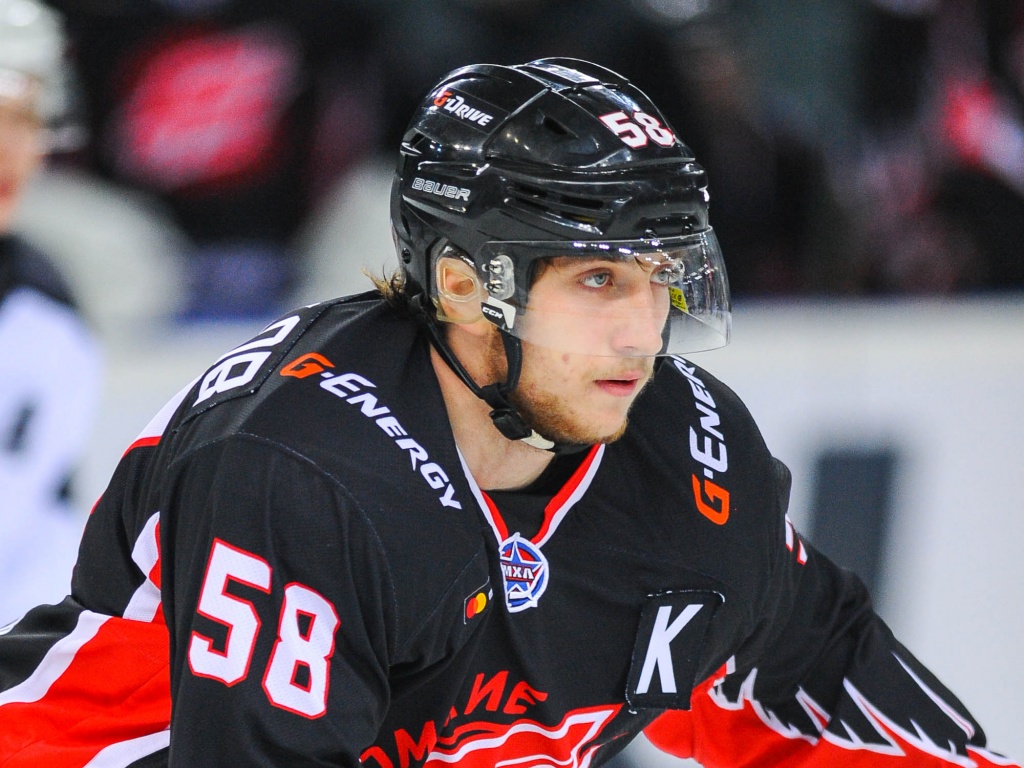 - How did you find out that you were selected to compete for Team East?
- After the game against Tyumensky Legion the guys told me that I was called up to Team East. They had known it before the game but decided to tell me afterwards. It was a surprise. 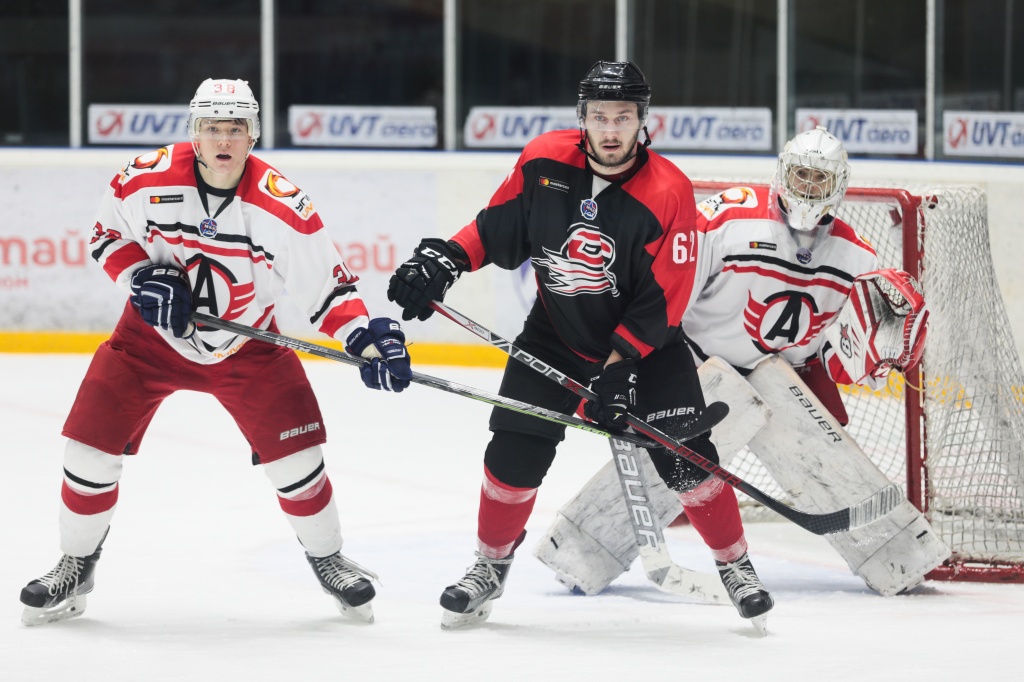