16-year-old Russian Matvei Guskov and Czech Jonas Peterek are among youngest players at the 2017 Junior Club World Cup, which is currently taking place in Sverdlovsk Region. At a first glance, they are just regular peers but they have more in common than you would think.

A few months after Jonas was born, his father Jan Peterek inked a deal with Lokomotiv Yaroslavl in 2001. The same story happened with Alexander Guskov, whose son Matvei is one month older than Jonas. In the following two years Lokomotiv won their two last Russian championship titles with Peterek and Guskov on the team. Moreover, they were part of its core. In August 2017 a semifinal Junior Club World Cup game featured their sons – Matvei played for Krasnaya Armiya, while Jonas dressed for Ocelari Trinec. 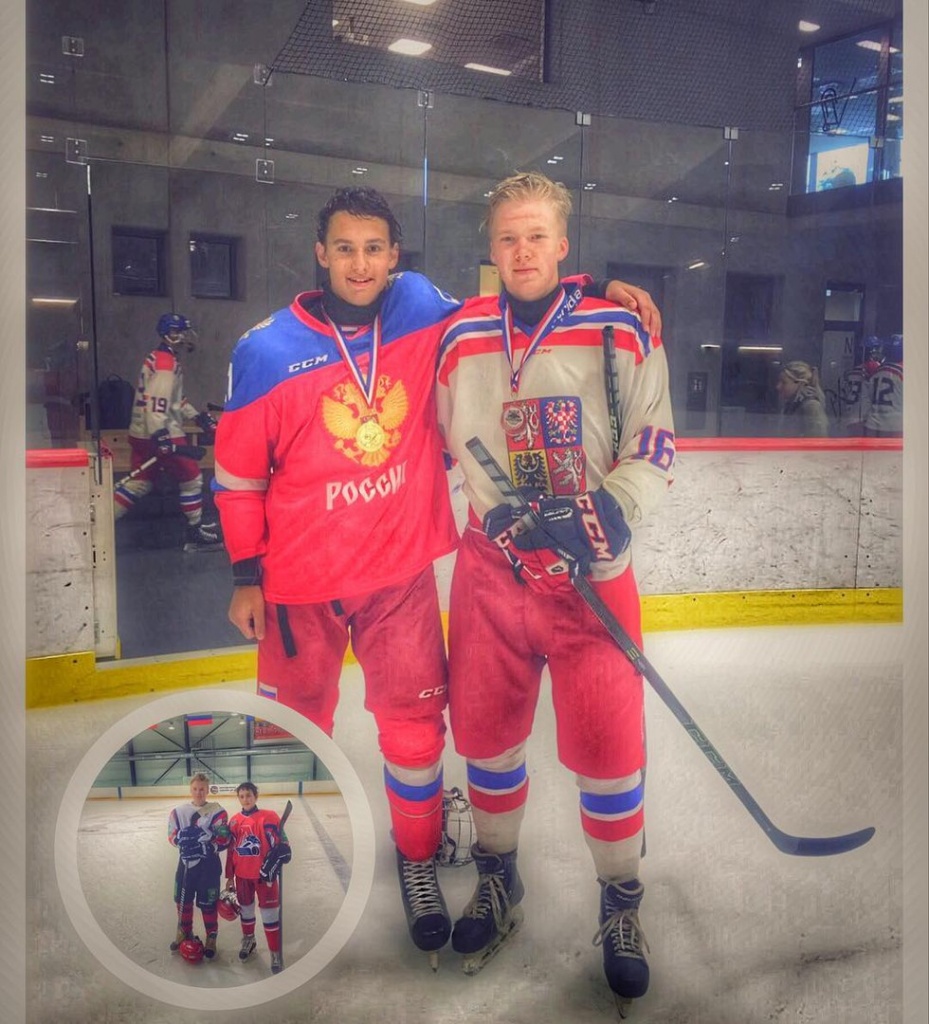 “I’ve known Jonas since we were kids. We were two or three years old when our fathers taught us how to skate. We skated together since then,” says Matvei Guskov. “They visited us for several years. Our families were friends. There is a language barrier. We speak mostly English but today we can use translator apps on our phones, too. Obviously, I didn’t expect to meet him here. My father follows me closely. He watches the games and gives me advice.”

“Matvei is a good friend of mine. I’m happy he’s doing well and plays for such a great team as Krasnaya Armiya. He’s got a bright future,” says Jonas Peterek. “Our fathers played together for Lokomotiv during some of the best years in their history. I was born in Czech Republic but a year later my family moved to Yaroslavl. I speak Russian a little bit. I know a few words like ‘azbuka’. I get to meet Matvei regularly in international games. Last year we played against each other a tournament in Salzburg.” 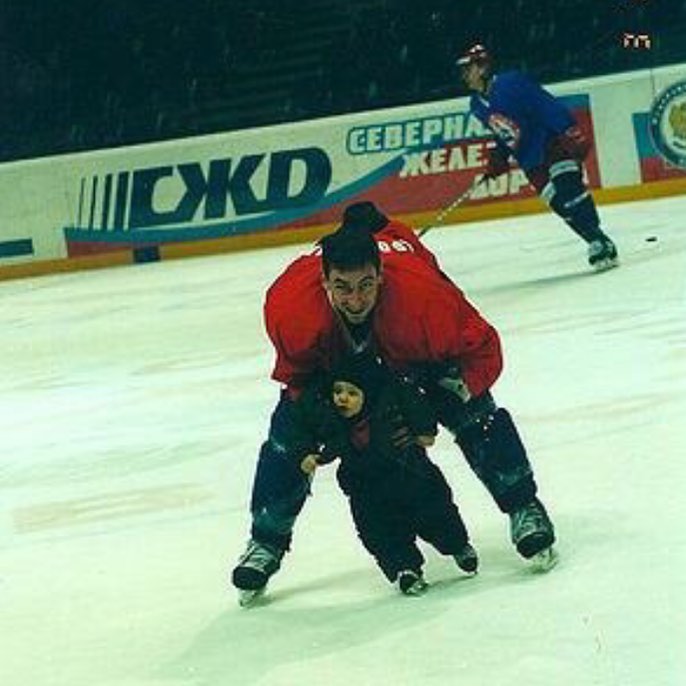 Guskov and Peterek faced each other twice at the tournament – in round robin and semifinal. Krasnaya Armiya won both games. Famous players’ sons are not on top lines of their teams. They still need to gain more experience. However, the future looks bright for both of them.

“We gain some great experience here. Nobody expected us to make the semifinal of such a great tournament. It was pretty unexpected. There are a lot of good teams here. We still have one game to play. We won’t give up – we will battle for the bronze,” added Peterek.

“It’s an interesting tournament where clubs and not national teams get to compete. It was interesting to see the level of hockey in other European Leagues and JHL. Of course, it’s a little difficult to roll into the season. I got used to the team right away. There are a lot of experienced guys on the team and they help me a lot. I try to do what the coaches ask me. Right now I think about how I should play in the final. I have to give it a 100%,” concluded Guskov.