Chaika
News
Roman Kantserov: "I never even thought about leaving Magnitogorsk"
Gleb Petrov: "I want to win everything I can" - the top league's sniper talks childhood, North America, and current season
“We win because we play as a team and have known each other for a long time”. Loko-76 defenseman shared the secret of his team’s success
Alexander Perevalov is a true professional. He is very strict about the sharpness of his skates and enjoys himself at practices
First 4-goal performance, Green Rilvary hero and Magnitogorsk goals galore. JHL week round-up
Irbis won their first games of the season after losing eight straight – beating their arch-rivals in Green Rivalry
“Ideal team balance is what makes every coach happy!”. Rinat Khasanov shared secrets behind Krasnaya Armiya’s great start of the season
Amazing saves galore, Tula heroics and Krasnaya Armiya’s first loss. Junior Hockey League weekly review
SUPPORT FOR REAL MEN. ICE LADIES FROM NIZHNY NOVGOROD
Share

While most of the fans’ attention is glued to the sheet of ice, beautiful girls who dance next to it hardly get any looks. However, it’s not always like that. Just when you thought you lost the interest in a hockey game, one look at these gorgeous cheerleaders and you’re back in the game with new emotions. We’re not promising to give you any phone numbers or VK profiles of ‘that one in the glittering costume’ but we will tell you that being a cheerleader is not an easy job. We begin our series with Nizhny Novgorod’s own beauties. 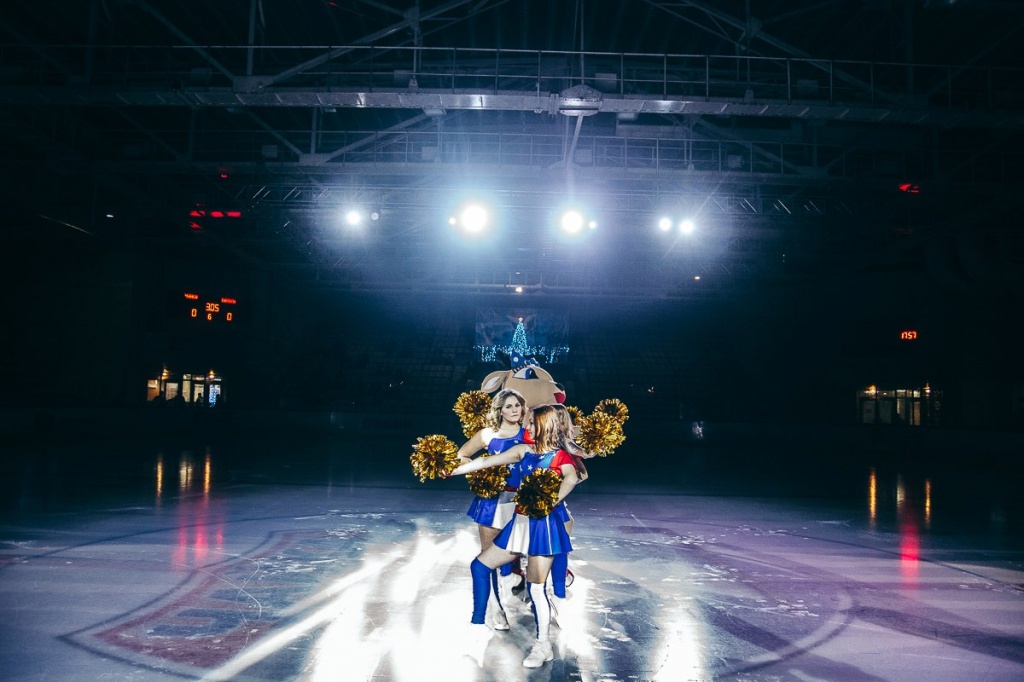 Albina Mikhneva is the leader of Ice Ledies cheerleading squad. They perform at Chayka Nizhny Novgorod home games. Albina told us about how her team got started and that hockey isn’t just a game for them.

“Our team was founded in 2014,” she says. “At first we were a team cheering for a student hockey team but after a while we decided to move forward. The student league wasn’t providing us with the opportunities for growth we needed, so we decided to get in touch with Chayka administration to try ourselves in professional hockey.”


“Nizhny Novgorod team liked what we had to offer and starting from 2015 we worked at Chayka home games and miscellaneous Torpedo events. We hold casting for the girls twice a year. The main criteria for making the cut is dancing experience, which is key for the job. Then we look at how good they can stretch, experience in sports, good looks. Among other traits we appreciate activity and vitality, physical and psychological stability, because public performances are prefaced with a lot of practices and constant stress.”


Let’s begin to debunk the myth that it’s easy to dance at hockey arena. Albina is of big help as she shares the information concerning practices. 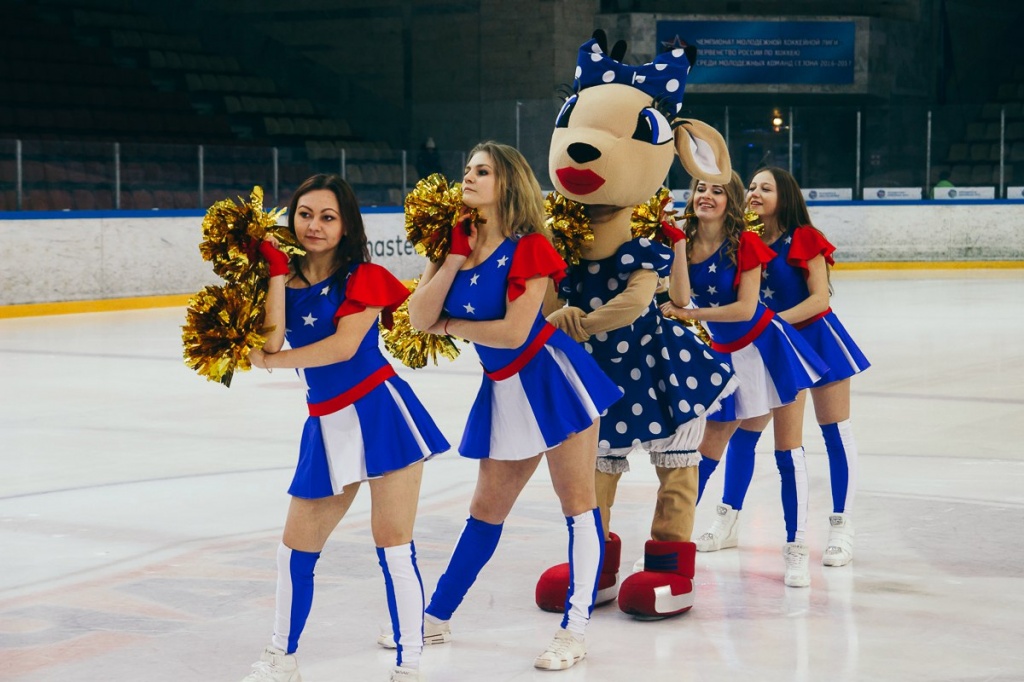 “Usually we begin our practice with a jog around the Ice Palace,” she says. “To keep ourselves in shape we go to the gym as well. Cheerleaders undergo a special set of exercises. The program was set by the team’s coach. After that the girls go to a dancing hall with mirrors, where they work on their dancing moves. Usually we come up with the moves together. First we pitch everything we got and then we pick the best moves. That’s what the fans can see during our performances.”


“We went to the same university with our team leader,” says Karina. “Once we got talking about creating a cheerleading team. I was interested in what it’s like to perform on one. Albina invited me to a casting and I tried my best to show what I was capable of. Now I can say that the casting went well but back then I was really worried and I couldn’t wait for the results to come. When I saw my name on the list, I was very happy! And then it just so happened that I spiked interest in my sister with my performances.”


Alina also spoke about how much time and effort they spend to get ready for the games. Despite a large amount of work that has to be put though, she takes a philosophic look when she talks about it. “Whatever doesn’t kill you, makes you stronger,” she says.

“Usually it takes about two hours to go through the complex practice. We practice 3-4 hours per week. It’s difficult physically-wise but it’s something you can deal with. I try to look at it positively. I mean, I like it. As I get through the difficulties, I get more experienced and that makes me better. It’s important to stay in good physical form. Despite the fact people say that we ‘just dance’, we also focus on certain exercises that harmoniously develop body and improve endurance. Dancing is just one-third of our practices.”


You would agree that it’s not that interesting to watch the same moves night in and night out. This is why there’s always room for creativity in any cheerleading team. It’s not just the hockey players’ job to keep the fans entertained. The girls are also responsible for that. 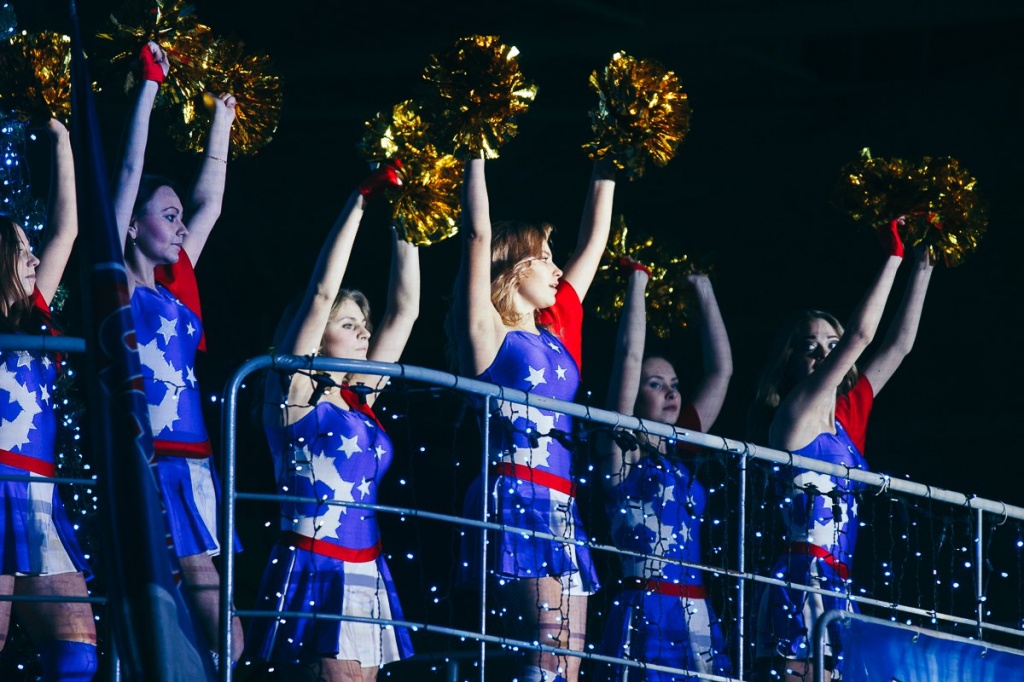 “One of the things we like to do is our co-dances with Viktoria, who is one of the mascots. [Viktoria is Torrik The Deer’s girlfriend – they are Torpedo and Chayka mascots.] We come up with our dances together. We perform both on stage and on ice.”

While you’re still thinking whether or not you should go to a junior hockey game, someone else is already enjoying Chayka cheerleaders’ performance.

We saved you some time. Here are Chayka’s two upcoming home games: