Urakov Kirill
News
Edgar Varagyan: “When we were on the plane, guys told me: “He is an enforcer, he would beat you up with no sweat.” I thought: things happen, he would beat me up and so what?”
“As time goes by, taking a flight to Sakhalin feels almost like being stuck in Moscow traffic.” Daniil Veremeichik – the JHL's Best Player on Social Media
“Working out in a gym is a type of rest for me.” Ivan Murashov had the best season of his career, dreams of playing in the KHL and has not eaten any fast food for two years
“Condensed milk is the only unhealthy food available for the national team.” Raul Yakupov – about the Black Sea Cup, the KHL debut and the season with Reaktor
“Four years in the JHL was a great time. Winning the Cup with Dynamo was the best moment.” Ivan Didkovsky about junior phase of his career
Metsola-type player of Krasnaya Armiya, Peksa’s progress and solid Gromovik. Dream team goalies
Arseny Gritsyuk is the top rookie of the KHL season
A bronze medal with Irbis, VHL appearances and the first goal for Ak Bars. An eventful season for 19-year-old Dmitry Katelevsky
Share

MHC Spartak Moscow’s Andrei Revatsky is very happy to see his friends Maxim Leonov and Vladimir Kalugin, who visited the red-and-blue with Almaz Cherepovets. But Revatsky can hardly be happy about the way the games went as Spartak was shut out by Almaz in the back-to-back series. 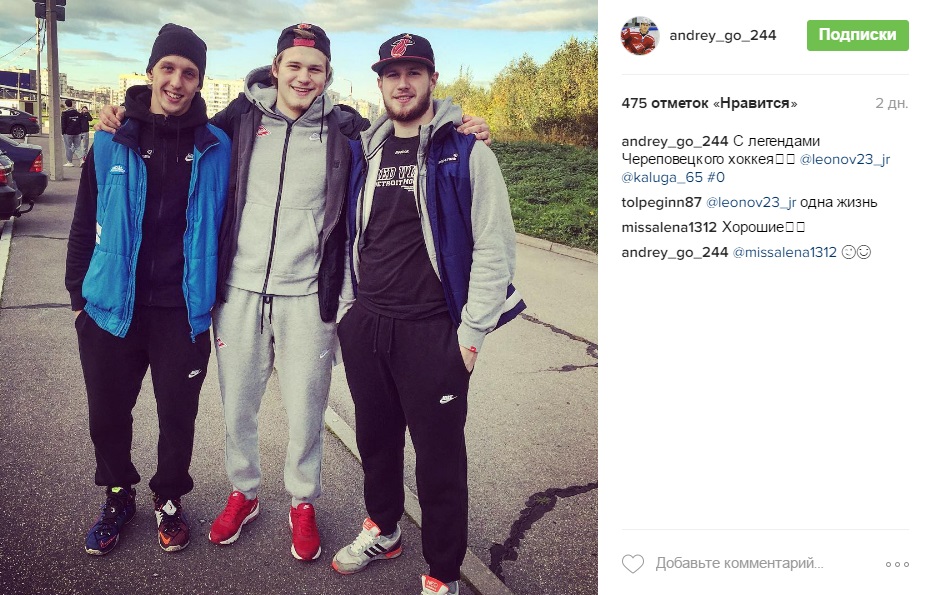 There’s no hockey without some bumps and bruises, right? Amurskie Tigry Khabrovsk defenseman Zigurds Podzins got called up to VHL and got hit by a stray puck in the face. And it didn’t even happen at Sokol Krasnoyarsk’s game – it happened at practice! Get well soon, Zigurds! 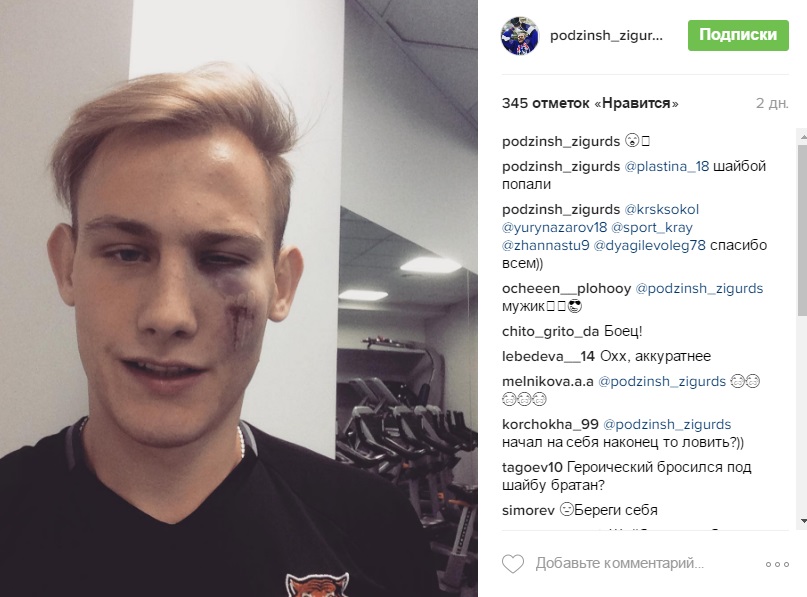 HK Riga forward Gatis Sprukts stays true to his roots. Last week he went to his former school much to local students’ joy. 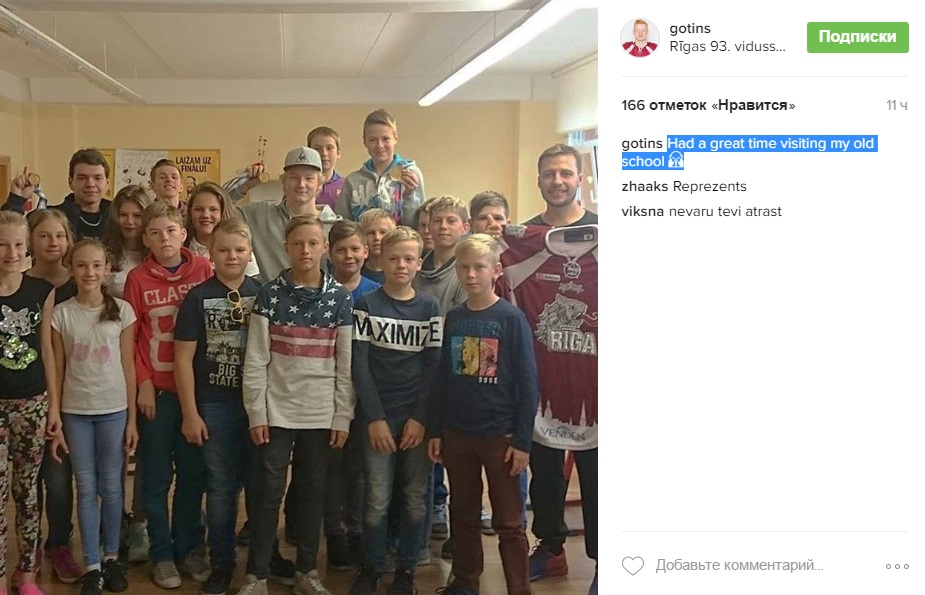 Sarmaty Orenburg forward Artyom Lobanov celebrated his 17th birthday this week and his friends and family got him some presents. 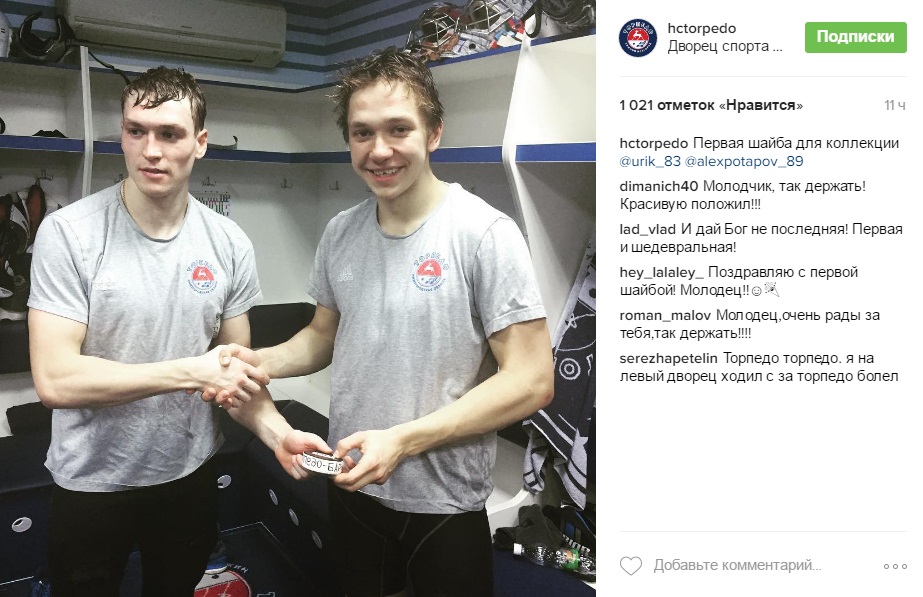 Igor Goleschikhin of Omskie Yastreby Omsk Region had a great time in Ust-Kamenogorsk, Kazakhstan. His team scored 22 goals in two days on Altay, while Goleschikhin personally scored four goals in the second game of the back-to-back series to climb on top of the league in goal-scoring. Is there a better reason for a selfie with a true hockey smile? 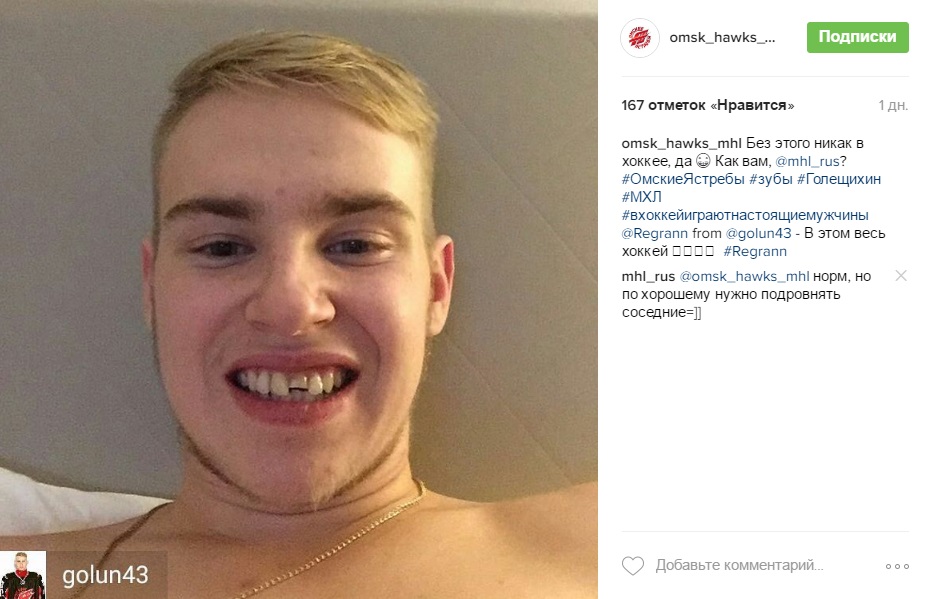 Let’s go back to Maxim Leonov, who sent Revatsky back to Moscow and went back to working hard at practice. Jogging down Cherepovets street – that’s the way to do it. 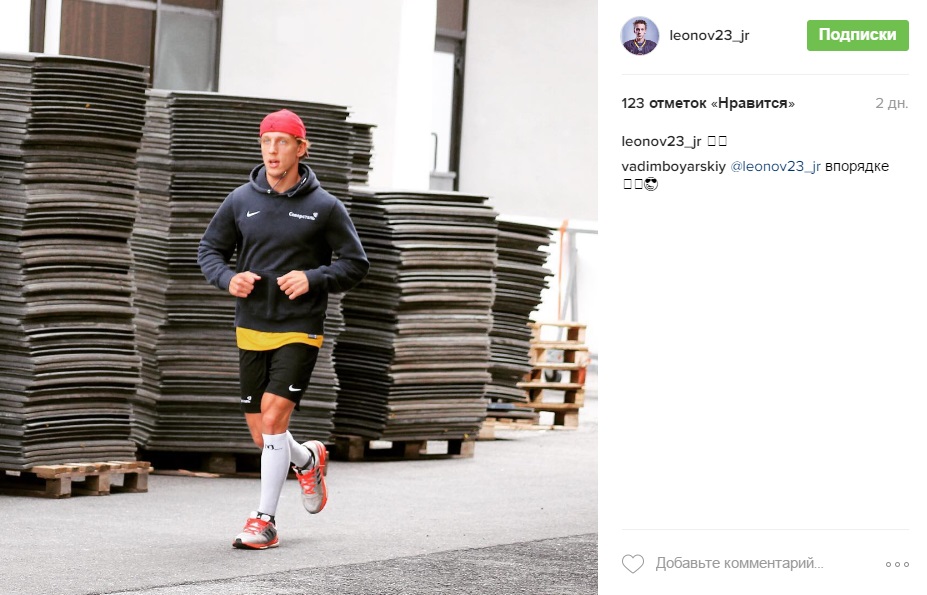 And finally unique footage from Russkie Vityazi Chekhov practice before going on the road to Yaroslavl. Bogdan Donenko puts his dancing skills on display.