“I want to be the best everywhere.” 17-year-old Nikita Susuyev plays in three leagues and is eager to face Radulov on the ice “I want to be the best everywhere.” 17-year-old Nikita Susuyev plays in three leagues and is eager to face Radulov on the ice

The forward has just started his professional career, but he is already in high demand.

Nikita Susuyev from Spartak is 17 years old, being in his first season at the professional level, the forward plays in the JHL, VHL and KHL. The CSKA alumnus joined the Spartak system in the 2022 offseason and made himself known right away: he scored his first goal in his first JHL game, played preseason games for Khimik and managed to net the brace in the KHL.

In an interview with the Junior Hockey League website, the player talked about starting playing hockey, the reasons for moving to Spartak, the way he feels about the 2022/23 season and the things he does in his spare time.

“I did the right thing when I moved to Spartak”

– How did you start playing hockey?
– My family moved from Ussuriysk to Moscow when I was two years old. It was then that my dad tried to teach me to skate, but nothing worked out. My father always liked hockey, he was an amateur player when we lived in our hometown. So, he was the prime mover behind the decision to sign me up for hockey, and I joined CSKA school. A year or two later, I moved to Yantar, and then returned to CSKA.

– Which city do you consider to be your homeland – Ussuriysk or Moscow?
– The word “Ussuriysk” itself has sentimental value to me. My father always tells me something about this city. I visited it a couple of times. I have been living in Moscow from the age of two, but I still consider Ussuriysk to be my home.

– Being a kid, you played for CSKA and Yantar. Which school do you consider yourself to be a trainee of?
– It’s a tough one. I guess, I will go with CSKA, it is the school I spent the longest period of time at. Yet we did make some noise with Yantar when we took first place among Moscow teams. It was a little frustrating that our team broke up – all the guys joined different clubs.

– What other sports did you play when you were a child?
– I played many sports as an amateur, for example, soccer and basketball. But hockey has always been of top importance. I’ve been playing it since childhood. When I was a little boy, I used to run around the house with a stick and a ball, I always wanted to be closer to hockey.

– You joined Spartak before the start of the 2022/23 season. How did it happen?
– My final year at CSKA was getting close to the end and I started getting offers from other clubs. The terms Spartak offered were the best. It took me some time to blend into the team and get adjusted to the playing system. But I was treated kindly by the management and the team, so getting in the groove was not an issue. It didn’t take long to realize that it was a good decision. I did the right thing.

– How do you feel about the games you have played for JHC Spartak?
– We have a great team. I believe that we should be among leaders, but things are less than perfect. And so it happens that we are running sixth, but I see no big issue about it. We are focused on the playoffs and the Kharlamov Cup. Thus, we need to continue playing and moving up the standings.

– What are the things that are not working out?
– Hard to tell. We play offensive hockey. I think it’s tough luck. We have everything we need for winning games and being ranked higher.

“I am gaining experience, especially when I play in the KHL with great players I followed and saw on TV when I was as a child”

– Being 17 years old, you are now in your first JHL season and have already made your VHL and KHL debut. How does it affect you?
– After JHL preseason games, I was called up to Khimik training camp. Even then I was glad to be able to move up the tiers and join the VHL team at the age of 17. I wanted to prove that I was ready to play there. By the start of the season, I returned to the JHL, showed my worth and received a call-up to the KHL team. Again, I had to prove that I was the right guy in the right place. The season has been emotionally charged, full of events which are significant for my career.

– How does the experience of paying in different leagues affect your game?
– At first it was difficult. I had to get adjusted, earn the trust and the ice time. But being with the team, around the guys helps and makes things easier. I got a better understanding of hockey, became more confident, I am gaining experience. Especially when I play in the KHL with great players I followed and saw on TV when I was as a child. When returning to the JHL team, I play with more confidence. After all, the KHL and VHL require higher speeds and quicker decision-making.

– How did you calm jitters before your first KHL game?
– We were to face CSKA that night and it gave me some extra motivation, as I was to play against the club I was an alumnus of. But I was focusing on the KHL rather than CSKA. On that day, I was worried since the very morning. The team was very supportive, everyone was giving me some pieces of advice, told me to calm down and enjoy the game. I managed to do it, so it was one of the best moments of my career.

– You scored two goals in a KHL game. What were your emotions?
– I had been thinking about scoring my first goal, I wanted to do it as soon as possible. It was a good moment, Yegor Savikov dished a nice pass for me to score on an open net. I didn’t even believe it went in. It was only when I got back to the bench that I realized what had happened. Everyone was celebrating and congratulating me. It hit me that I had scored my first KHL goal. As for the second one, I rushed to the net and beat the goalie with an under-the-crossbar shot. Netting the brace is a great piece of luck, but the main thing is that I contributed to the success of the team.

– Did you receive two pucks to keep as souvenirs?
– You know what, I need to check on it. I received only one puck (laughs).

– You were named the player of the game in the locker room.
– Yes, and it was great too. At that moment I was thinking of how nice it is to be with Spartak. I believe that it is one of the best teams in the KHL now.

– What can you say about the atmosphere at the games if we compare three leagues?
– Fans support us everywhere. KHL games go without saying, the rink is always full. JHL games also have high attendance, it’s great. When Khimik plays on home ice, the rink is full, everyone is cheering for the team. Fans give a boost of energy, they are a driving force for us. It’s much nicer to play when the stands are full.

– Is it tough to keep moving from one league to another and play for different teams of Spartak system?
– I like showing my worth in all leagues, I see nothing but goods things about it. I want to do my best, keep расе with others and enjoy playing hockey. I’m already used to everything, so I don’t need time to get adjusted. Changing teams and being fatigued is converted into positive emotions.

“We put different music on in the locker room, but I am responsible for chanson.”

– What type of person are you on the ice and in life?
– Pretty much the same. I am very emotional, I always want to be the best, want my team to win. I hate losing, it seems fair to say that I am not a good loser. That is why I always react strongly to losses. I believe that there is room for emotions in life, especially in sports. But it is crucial to understand that stuff happens. You need to analyze things and see what needs to be done to win next time.

– Who are your top 3 favorite hockey players, soccer players and boxers?
– As for hockey players, I will name Connor McDavid, Nathan MacKinnon and Alexander Radulov. Speaking of soccer, I will go with Cristiano Ronaldo, Kylian Mbappe and Lionel Messi. And my top 3 favorite boxers are Mike Tyson, Oleksandr Usyk and Muhammad Ali.

– Who did you root for at the World Cup?
– I rooted for both Messi and Mbappe. They managed to bring joy to fans. These players are leaders, they are interesting to watch and follow.

– The only Russian player you have named is Alexander Radulov. Why him?
– I have been following him for a long time. He is a man who never resigns himself to defeat. I like the way he plays and how passionate he is on the ice. Radulov is one of the best Russian players. I haven’t played against him, so here is another goal for this season.

– What do you like to do in your free time?
– I like going to some nice places to have a good meal. There is too much of pasta and chicken in my life because of sport. I try to have something totally different on my days off. My favorite food is fried dumplings. Obviously, I eat them on rare occasions. I usually eat in hotels and at the base camp, balanced meals are served there, no dumplings (laughs). I also like sleeping, watching movies or series - I like comedies. I don't like dramas, I always want to stay positive.

– And what do you do on the road?
– I try to abstract my mind from everything and get some sleep, listen to music. I also spend time with my teammates. We get along well, we go to cafes, watch movies. We spend most of our time together.

– What kind of music do you like?
– I listen to different kinds of music: Russian and foreign, old and modern. Sektor Gaza, Stas Mikhaylov, Grigory Leps are some of my favorites. I love chanson, I sing it in the locker room. We put different music on, anyone can do it. But I am responsible for chanson. 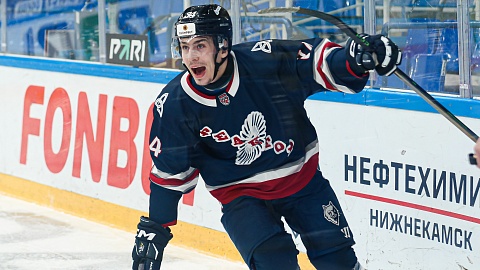 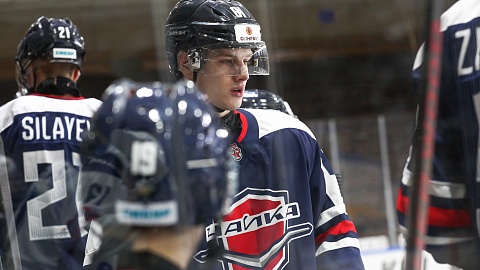