In the JHL, just like in the KHL, the season-opener is played between the finalists of the previous season. But there is also a distinctive feature – the second game played on the following day, an opportunity to gain revenge. Both SKA-1946 vs Krasnaya Armiya games were spectacular and set the tone for the season. The Moscow team got a shootout win in the first game (having scored a tying goal with one and a half minutes to go in the third period), and the St. Petersburg team returned the favor in the second game, which happened to be outstanding in all respects – fans saw 13 goals, and the opponents were taking the lead by turns with only one-goal difference: the champions were ahead 1-0, 3-2, 5-4 and 7-6, and the finalists – 2-1, 4-3 and 6-5.

Day 2 of the season was remarkable for another high-scoring game, but unlike the army derby, it was lopsided — Russkie Vityazi defeated Taifun 8-0. Exactly half of the goals were assisted by Stanislav Yarovoi, and seven different players scored goals that night. The only one who was able to light the lamp twice was 16-year-old Maxim Ilyichyov. He also became the first player born in 2006 to score a JHL goal. Thus, on September 4, two bars were set for the season: the highest-scoring game (7-6, 13 goals in total) and the biggest blowout (8-0).

The following day was notable for the first comeback of the season. In Orenburg, Sputnik clawed their way back from a 0-3 deficit in the second period by scoring five goals to win the game in regulation (despite allowing one more goal). In September, Almaz, Atlant and Mamonty Ugry also managed to overcome three-goal deficit for winning.

On September 5, the first hat trick of the season was scored followed by the second one. In Khanty-Mansiysk, Vladimir Korobintsev scored three goals in the game against Avto, which, however, did not help Mamonty Ugry notch a win (5-6). And in Nizhny Novgorod, Chaika defeated Molot 8-2, three goals were scored by Yegor Kupriyanov. In total, there were nine hat tricks scored in September (plus a Texas hat trick that we will touch on a little later), including the one by another player of Mamonty Ugry Artur Faizov, who managed to score three goals in his first JHL game.

And four goals in one game were scored by Spartak player Artyom Didkovsky when his team played against SKA-Varyagi. Daniil Bulygin became another hero of that game – he was credited with six assists and is the first JHL defenseman to reach such a result. Only three forwards have six assists in one game to their names: Mikhail Konovalov, Alexander Daryin and Kirill Kazakov.

Late in the Irbis vs Loko-76 game, the home team was leading 3-1 and the visiting team pulled the goalie. When exiting the zone, Dmitry Utkin sent an inaccurate back pass, his teammate Vladimir Konov did not manage to receive it and the puck entered the empty net. Credit for such goals goes to the last player on the opposing team to have touched the puck – Rail Gazizov was the one to do it.

You must spoil before you spin

Even before Avangard hosted Sibir to play the first KHL game at the new arena, Omskie Yastreby faced Sibirskie Snaipery there. You must spoil before you spin and the home team spoiled it completely – 2-7. Yegor Klimovich scored the first official goal at G-Drive Arena, he also scored a hat trick that night. And his elder brother Ivan was credited with four assists.

According to the results of the month of September, Roman Kochenevsky — Ivan Klimovich — Yegor Klimovich line of the Novosibirsk team is the highest-scoring one with 13 goals scored.

Matvei Sumin — Dmitry Utkin — Alexander Losev line of Kapitan is three goals behind the Novosibirsk line and is ranked second in terms of point production. And Kapitan is the main sensation of the season: the Stupino team that plays in the Silver Division, got off to a strong start, they beat Krylya Sovetov, Almaz and Loko one after another — all these teams are the representatives of the Gold Division, and all the wins were regulation-time ones. Kapitan won five out of six following games and has a strong lead in the Division. Alongside with Utkin’s line, goalie Artemy Pleshkov is also one of the main heroes of this sensation. He is the wins leader (he appeared in all eight games won by his team, and the only game was lost when Artemy got a day off) and the save percentage leader (among goalies who played at least four games).

Speaking of Sibirskie Snaipery, it must be admitted that they fully justify their team’s name, and this is not only about the KKK line. Playing on the road against Loko-76, the Novosibirsk team scored four goals in the opening three minutes and 32 seconds, nine players were credited with one point each, and Nikita Korotkov was credited with two. It is a new record that surpasses Krasnaya Armiya’s achievement — they scored four goals to Kapitan in 2018 within five minutes and 19 seconds from the opening whistle.

We get back to the Novosibirsk team. There were two teams that knew almost no defeat in September — Sibirskie Snaipery and Chaika. And as the schedule would have it, these teams were to face each other in Nizhny Novgorod on September 29. Snaipery scored a quick goal and added to their lead by scoring two more goals in first three minutes, and by the middle of the first period they were leading 3-1. The home team found a nerve to tie the game and it went to overtime. Zakhar Ziminov scored a goal five seconds into OT to give Chaika a win. It was the tenth five-second overtime in JHL history. 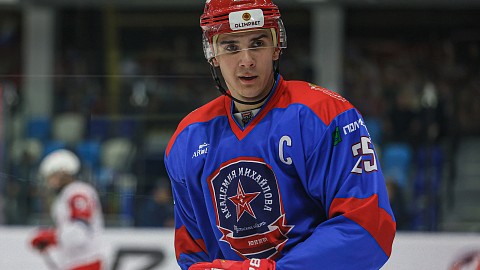 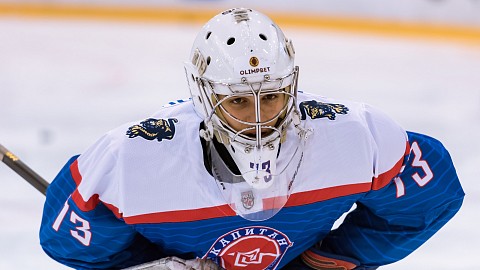