The story of one of the best Junior Hockey League netminders of the 2021/2022 season.

As a rule, it is not recommended to overstrain a starting goalie - modern hockey is becoming more demanding of this position than ever before, and it often happens that netminders get out of shape or get injured if they start too many games.

That's not the case for Vyacheslav Peksa, the goaltender of Irbis - Ak Bars junior team. He played 56 regular season games out of the total number of 64, plus 13 out of 14 playoff games. Thanks largely to the netminder, one of the youngest teams of the season reached the semifinals having caused a sensation. All the five games had to be played to decide the winner of the series. Irbis lost to SKA-1946, which had improved in strength due to hockey players with SHL experience.

Peksa also won a slot on the national junior team that played against a senior team in May. After the game, Roman Rotenberg gave credit to the goaltender: “The junior team played very well, they were aggressive, posed additional challenges for the national team. Quite a number of players managed to distinguish themselves, but I think Peksa and [Sergei] Ivanov are the best players. These goalies are our future."

“I had extra practices at 6am”

Peksa was signed up for hockey at the age of 11 – to be more precise, he returned to hockey after a long pause. “I was not able to sit still, so I tried lots of sports. Hockey appeared in my life much earlier - I started skating at the age of three, but I had to quit when I was five, because I was not able to attend practices at the time they were scheduled for. So, at the age of 11 I started all over again” the goaltender said in an interview with the JHL website.

"I was the ninth goalie." Vyacheslav Peksa worked his way from not making the roster to becoming one of the best players in the JHL

The player was not perceived as a great talent from his childhood up. The competition was very high in his native city Magnitogorsk - Peksa played for the second youth team and became a goalie by chance after exchanging gear with one of the players. As Vyacheslav himself said, at the time when he made the first team, there were nine goalies on it, but every year players quit hockey - and the status of Peksa was increasing.

But the netminder moved to Kazan, as he felt that he needed to play more games. Peksa was not admitted to Ak Bars, so he joined Dynamo instead – a school which is less known outside of Tatarstan. Nevertheless, Dynamo was part of the Ak Bars system, and therefore the main Kazan team followed all the players.

“Strange though it might sound, the time with Dynamo was a great help to him. He became the starting goalie of our team, played a lot and gained valuable experience,” Dynamo coach Stanislav Bolshakov later said to Kazan reporters.

“I felt confident as never before in my hockey life. I was mentally and physically prepared to be the starting goalie, I even had extra practices at 6am,” Peksa said in an interview with Irbis press service.

After spending a little while with Sputnik Almetyevsk, Peksa returned to the Kazan club. Artur Akhtyamov progressed up the career ladder and joined SHL, so the position of the starting goalie became vacant. At first, in the 2020/2021 season, it was taken by an elder netminder, Vladimir Mosin, and Peksa was a backup.

A year later, Vyacheslav managed to become a starting goalie, even despite the first games of the season being a misfortune. “The coaches played a meaningful role - they bet big on me at the start of the season. Regardless of great deal of losses, I was still getting to play, it gave me confidence. I had the understanding of what I needed to change in order to help my team win,” the goaltender said.

Irbis goalie coach Almaz Yakupov noted Peksa’s mentality in an interview with Business Online: “He never gives up, this is what I really like about him. He keeps playing till the end in any situation, and can make much difference to a game. He is mentally resilient - it is an important quality for a goaltender. He never panics and plays calmly. He has a good experience base - he is good at positioning and makes almost no unnecessary moves.”

Peksa, as befits a modern netminder, is pretty tall - 189 cm. However, he is rather thin (74 kg), very mobile and manages to move fast enough to make the opposing forwards freak out after their high-percentage shots not resulting in goals. In the 2021/2022 season, Vyacheslav had enough of great saves - for example, a moment in the game against Avto.

Peksa often makes acrobatic saves. In an interview, Vyacheslav mentioned that he was following two goalies – Sochi 2014 and Vancouver 2010 Olympic champions: “I love two goaltenders who are of different styles: Carey Price and Marc-Andre Fleury. Price plays stand-up, and Fleury is a butterfly goalie who makes beautiful saves. Both styles are helpful and effective." In the other interview, Peksa said that he would like to have the same quick feet as Jonathan Quick has, although Vyacheslav cannot be called a slow goalie anyway.

Peksa had nine shutouts in the 2021/2022 season (the best result in the JHL) and 93,6% save percentage (second best result after Krasnaya Armiya goaltender Kirill Samsonov). Given that Vyacheslav spent almost the entire regular season as the starting goalie, the stats are incredible - the best result in the history of the JHL for a goalie who played 50+ games in a season.

In the playoffs, Artur Akhtyamov joined Irbis, as his SHL team Bars got eliminated. He was the starting goalie in the first games of the series against Tolpar and Chaika, but after losing them, he gave way to Peksa. “Artur played the first games, something didn’t go well, there was some general nervousness from the start of the Kharlamov Cup playoffs and then I became the starting goalie again. While, in my opinion, Artur was solid when keeping the goal, he is an experienced player,” Peksa said about his colleague.

In the 2022 off-season, Kazan reporters wrote that Peksa could compete for the Ak Bars backup goalie position: Timur Bilyalov will definitively be the starting goalie, but the backup is an open question. Amir Miftakhov is expected to return to the KHL, plus Akhtyamov, already mentioned above. Peksa himself has not played any games at the senior level yet - and Kazan prefers to prepare goalies for the main team step by step.

At the same time, there is no rush for Peksa - when asked about his readiness for the SHL, he said that he was not physically ready for it. Irbis won bronze medals coached by Artyom Anisimov, now the specialist will be in charge of Bars and it might facilitate the adaptation.

Peksa gained new experience in the summer of 2022 as he won the RIHF 3-on-3 ice hockey tournament with the Kazan team and received the best goalie award in a context where offensive opportunities are continuously arising. 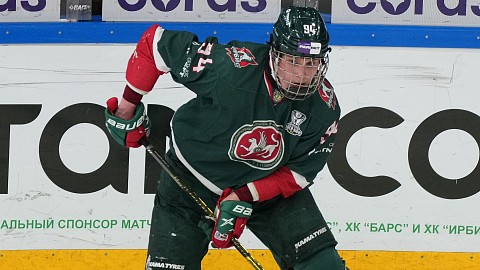 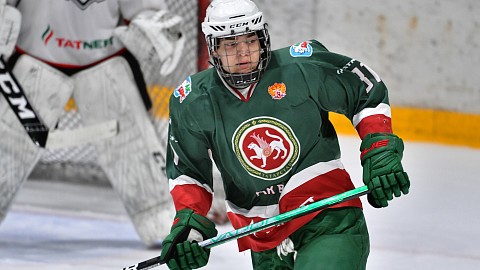